Returning to the Origin System
Catch up with these helpful suggestions

Warframe is absolutely bursting with exciting things for brand-new Tenno to see and do! Our handy new Tenno Guide is a testament to that, after all, but this is also true for any Tenno returning to the Origin System after an extended break.

Knowing what’s new and where to go can be challenging, so read on for a quick guide to some of Warframe’s recently updated content. 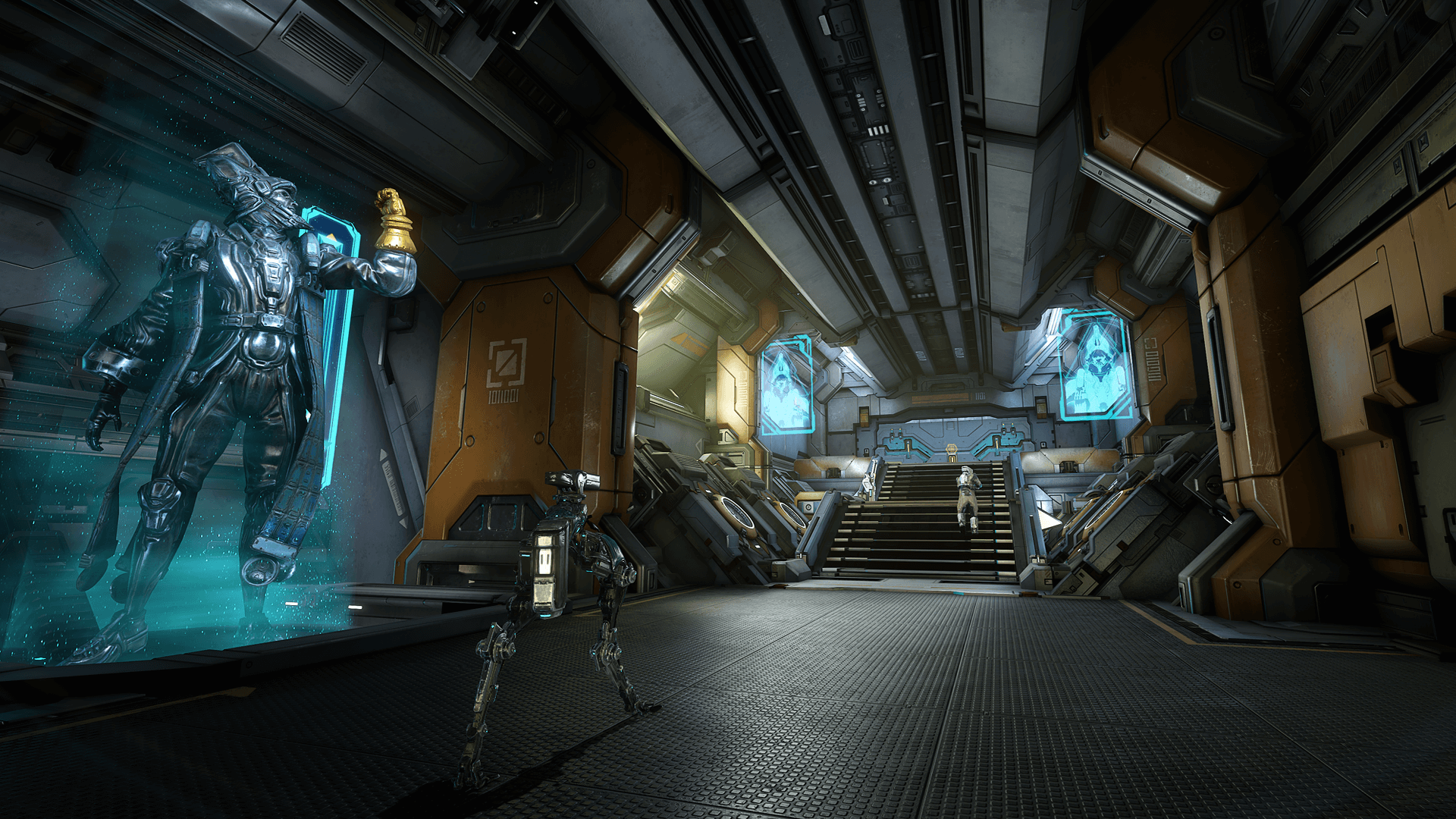 Returning Tenno who would like to behold some of Warframe’s latest visuals should begin a Mission on any Corpus Ship, which were overhauled for the release of The Deadlock Protocol. These remastered levels not only look stunning, but feature new gameplay elements like upgraded security turrets, new enemies and even portals to the Void.

The Deadlock Protocol update also arrived with a self-titled story Quest centering on a power struggle within the Corpus, and Nef Anyo’s insidious attempts to usurp its leadership. Want to learn more about the origins of the Corpus? Then this is one Quest you won’t want to miss. 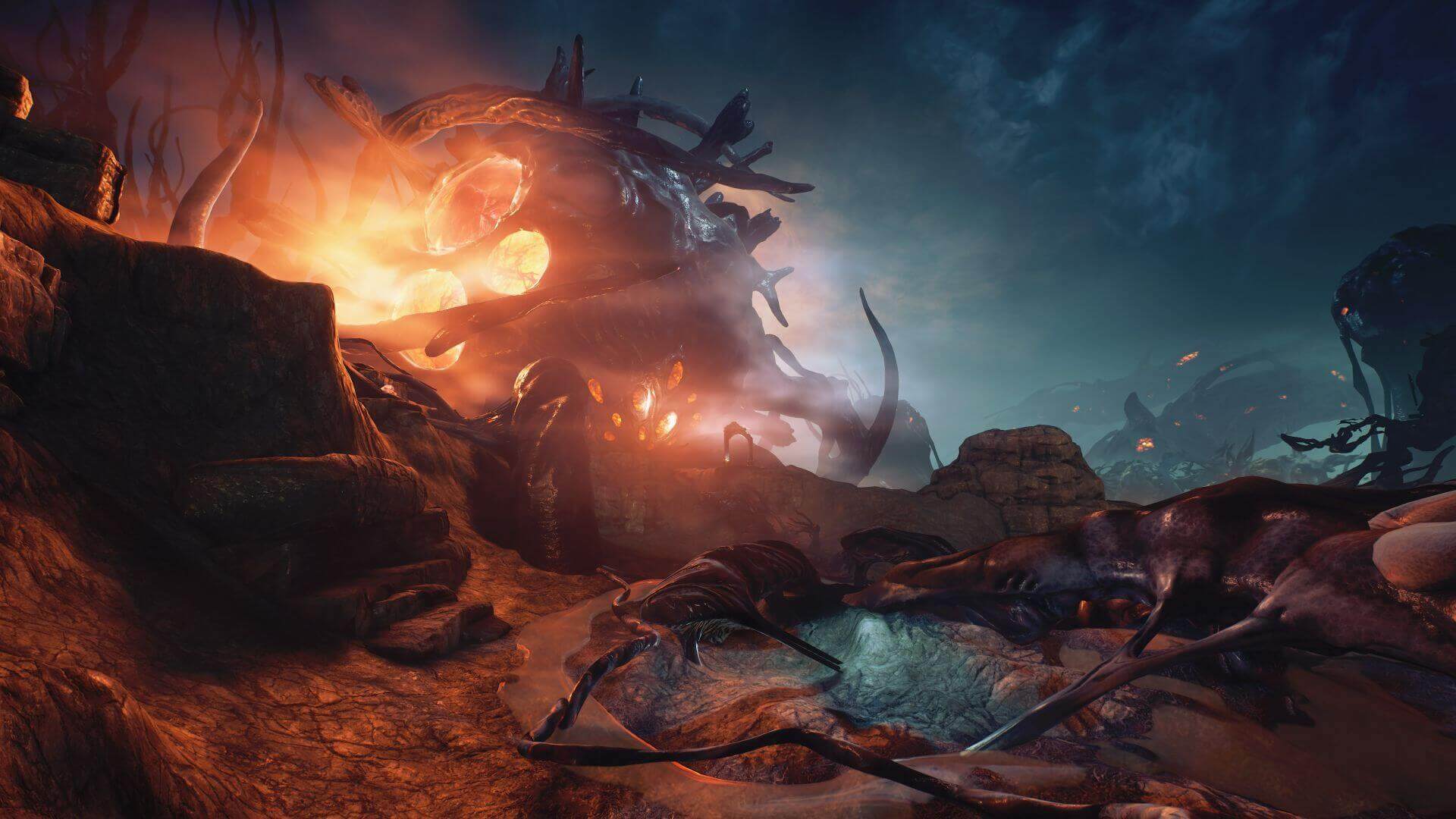 On a larger scale, the Infested moon of Deimos is also a must-see destination for returning Tenno! Complete tasks in the grotesquely-beautiful Cambion Drift including Bounties, wildlife Conservation, Mining and more. Visit the Entrati family in the Necralisk and take on the Heart of Deimos Quest to battle for the soul of the moon before it succumbs to the Infestation completely. And if you’re feeling particularly adventurous after that, try breaking into the ancient Orokin Isolation Vaults deep below the Infested surface. You never know what treasures (or dangers) you might encounter down there!

Truly powerful armaments can help speed up your journey when you’re trying to cover more ground. Any Tenno who have been away for some time are likely unfamiliar with the Tenet Weapons wielded by the Sisters of Parvos, but these are currently some of the most powerful you’ll find anywhere in the System.

Sisters are the Corpus equivalent to Grineer Kuva Liches, and their armaments are your reward for vanquishing them. As with extremely powerful Kuva Weapons, the Warframe that spawns a Sister will determine her Weapon’s bonus Damage Type. Tenet Weapons can also be maxed out with additional Forma up to level 40 for increased Mod capacity.

Looking to fully power-up your Arsenal with Tenet Weapons? Tenet Melee Weapons can be acquired by exchanging a new Resource called Corrupted Holokeys with Ergo Glast of The Perrin Sequence.

New Weapons are great, but as experienced Tenno know well, they’re nothing without powerful Mods to back them up, and each of the recently-introduced Galvanized Mods do just that. All nine Mods in the set are based on existing Rifle, Shotgun and Pistol Mods, but offer additional buffs that stack upon killing enemies. These can be purchased directly from the Arbiters of Hexis using Vitus Essence. 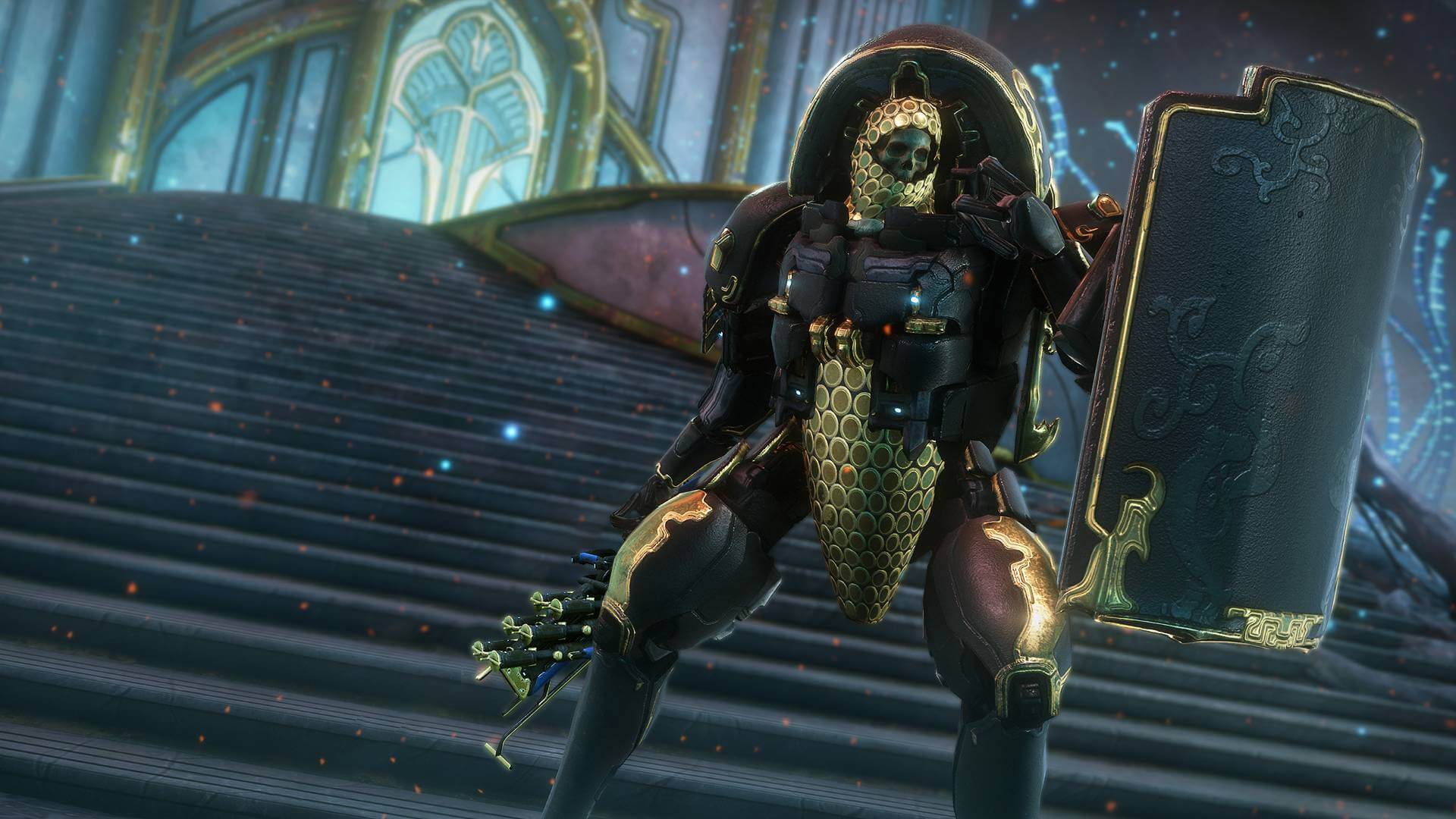 You can now add a Necramech to your fleet of vehicles by ranking up through the Necraloid Syndicate on Deimos to acquire the necessary Blueprints. Unleash overwhelming firepower and devastating Abilities across any of Warframe’s open worlds, or take to the stars and deploy your Necramech against the Sentients in Orphix Missions, which can be played via the completely overhauled Railjack game mode.

Speaking of, you can now step aboard your redesigned Railjack and take on new enemies across the Corpus Proxima! Railjack has been integrated with core Warframe Missions, along with Orphix and new Volatile Mission types. Command your own crew, outfit your ship with new weaponry and become a true Railjack captain. 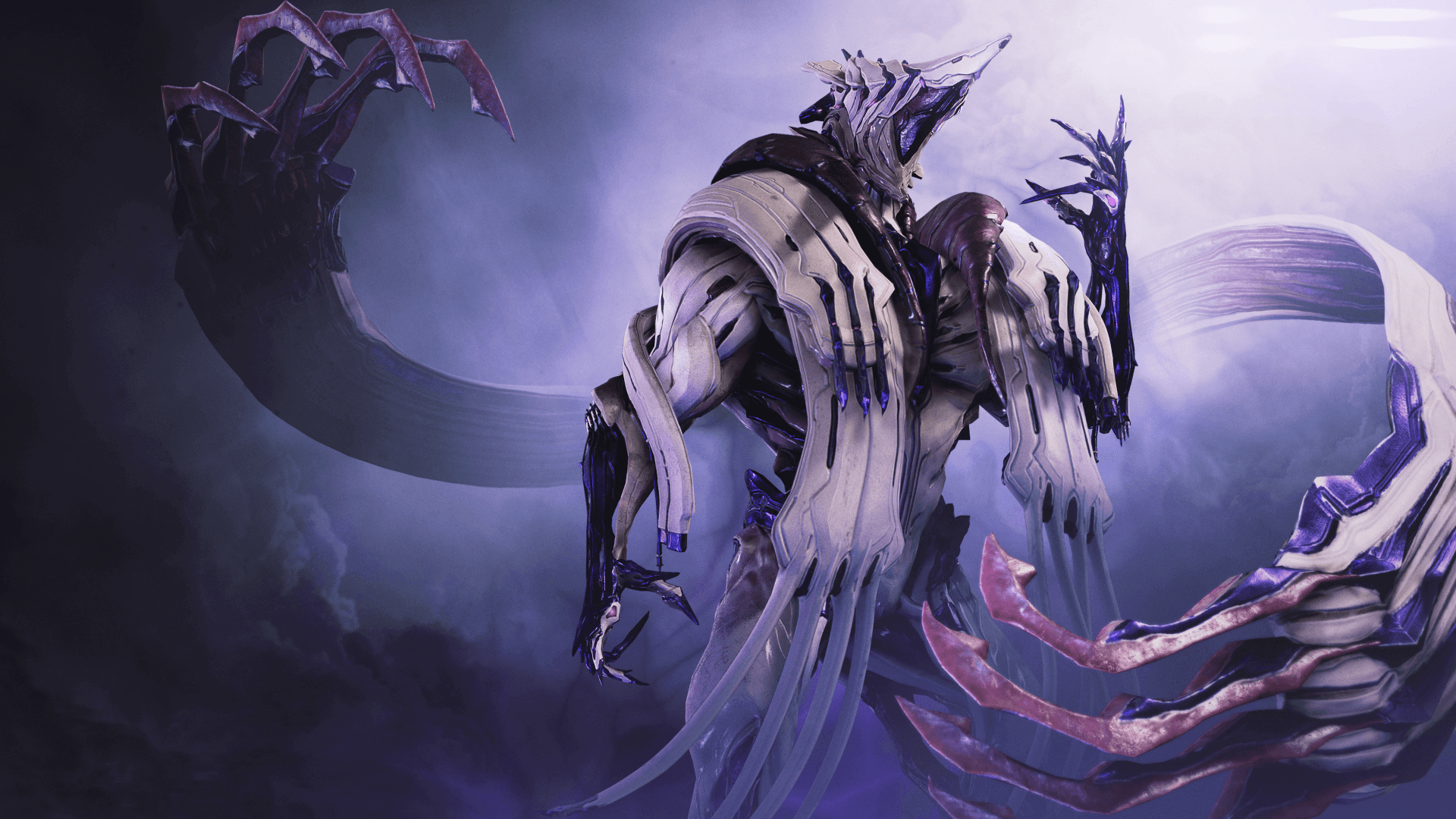 A number of brand-new Warframes have been awakened within the Origin System. Add them to your Arsenal and experiment to see which ones suit your playstyle:

Yareli
This deceptively adorable Warframe summons a rideable creature named Merulina to move fast and free about the battlefield, harnessing the destructive power of the sea to crowd control enemies with oceanic fury.

Sevagoth
Embody the shadow as Sevagoth, the specter of death. Control the fight from a distance and unleash your Shadow form to gain access to a new set of destructive melee-focused Abilities.

Lavos
A manipulator of the physical realm, Lavos imbues Elements into his Abilities at your command. He also consumes no energy, relying instead on a cool-down system to replenish his Abilities.

Xaku
Constructed from various salvaged odds and ends of lost Warframes, Xaku has mastered the power of the Void to terrify and bewilder adversaries.

Protea
Prepared for any battle, the versatile Protea offers a wealth of advanced gadgets to overcome the odds. Time is your ally as you weave in and out of life-threatening engagements with your Temporal Anchor Ability. 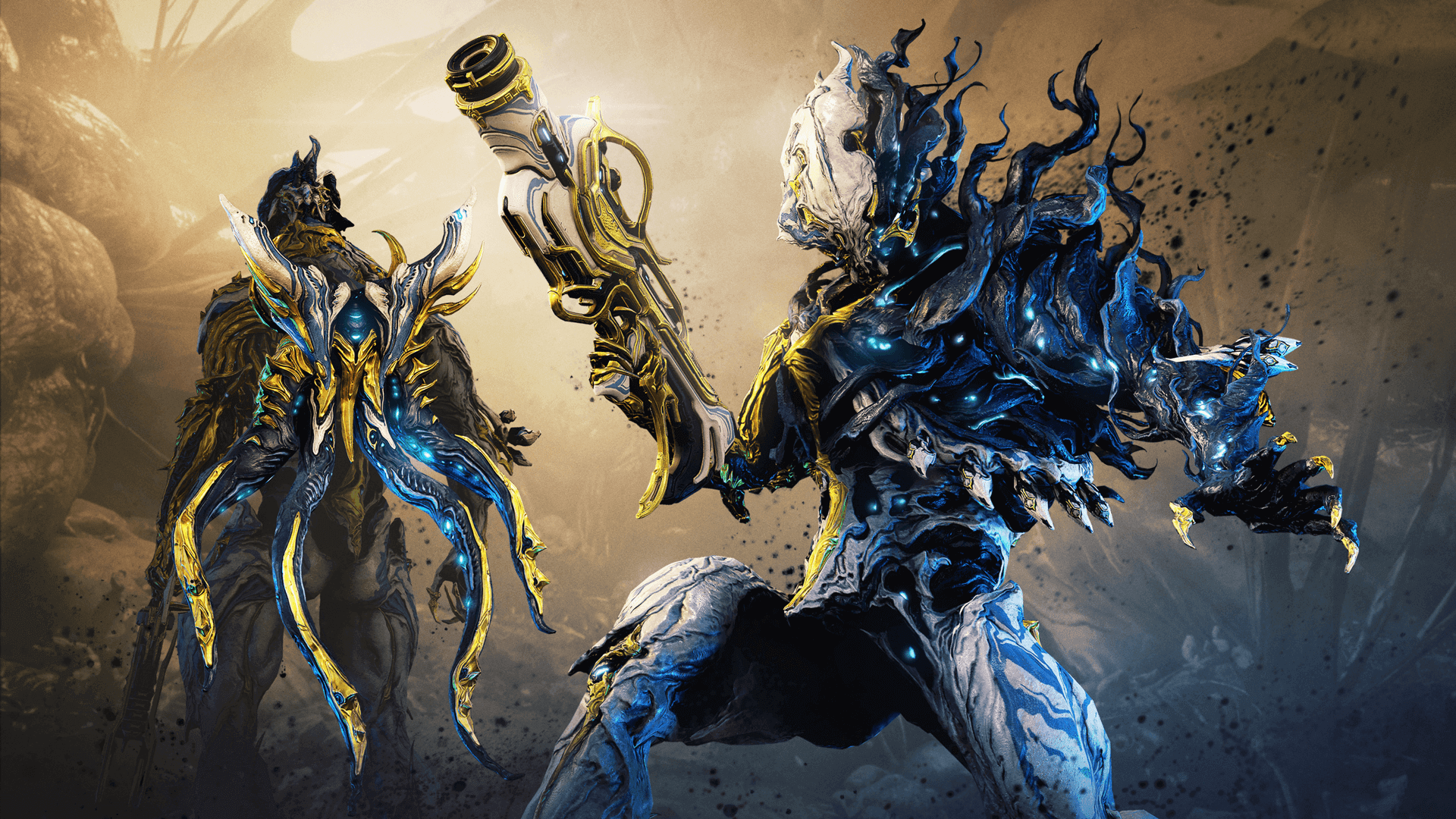 With their upgraded base stats and extra polarity slots, Prime Warframes - plus their Weapons and Gear - are the best of the best. A number of Prime Warframes have been released recently through Prime Access, and can still be earned by cracking open their unvaulted Void Relics. These include: 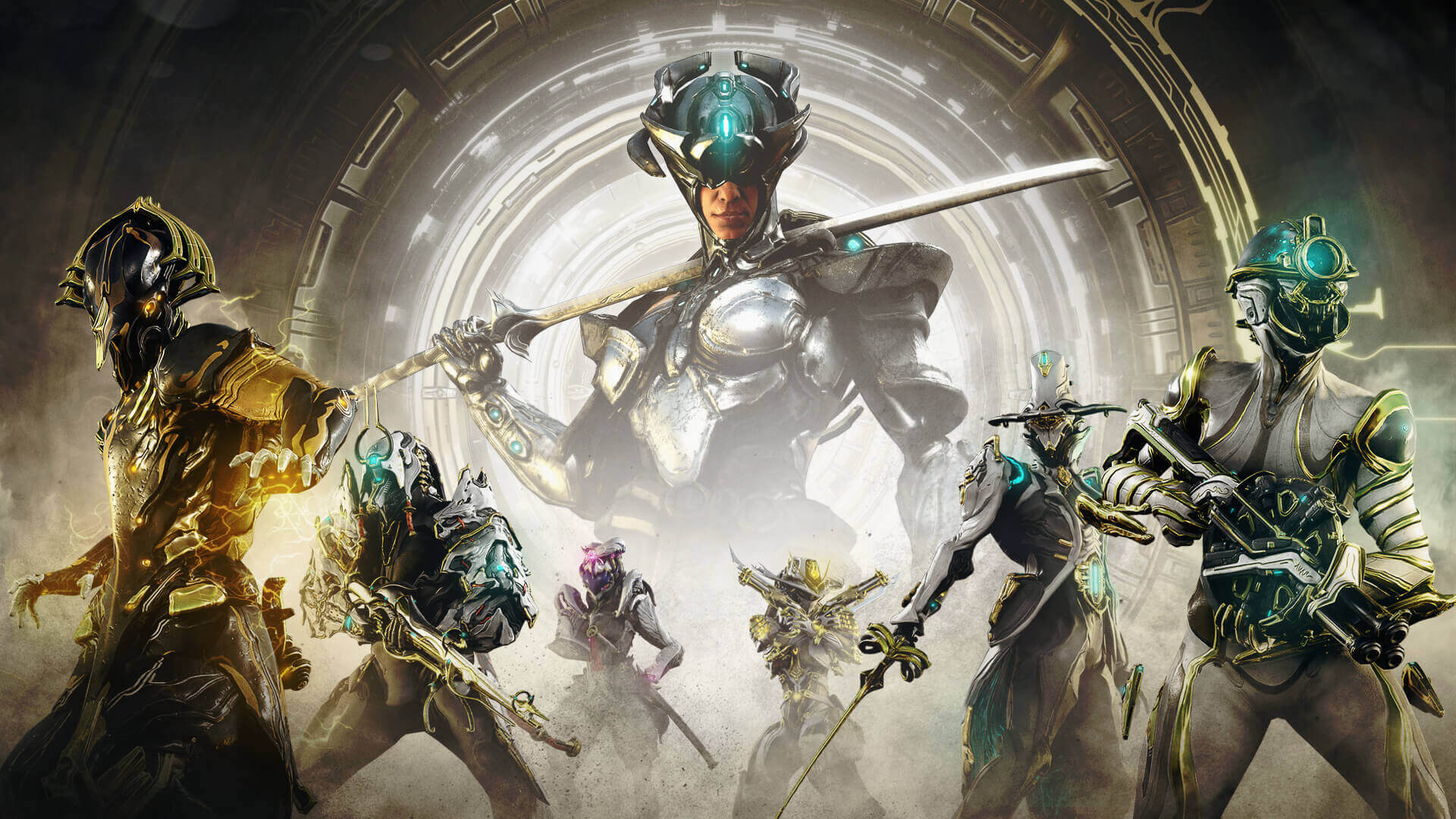 You can add even more Prime power to your Arsenal for a limited-time with Prime Resurgence! Varzia, a former Dax soldier, has emerged with a specialized Foundry that can yank Primes straight out of the past and manifest them directly in your Arsenal. These can be earned through the mysterious power of Aya, or instantly unlocked by exchanging Regal Aya. With The New War fast approaching, they’re your best chance at repelling the incoming Sentient invasion.

Click here for more information and check out the full release schedule so you can see when your favorite Primes are available.