The Corpus armada has been mustered, Tenno! Board your Railjack, gather your crew and set course for the Corpus Proxima.

Take on new Missions and battle new enemies in Railjack, or take to the skies with the Zephyr revisit and Zephyr Harrier Collection! The Corpus Proxima is packed with plenty of changes to improve your experience so there’s never been a better time to step aboard your Railjack.

For full details, make sure to check out the Dev Workshop and Patch Notes. 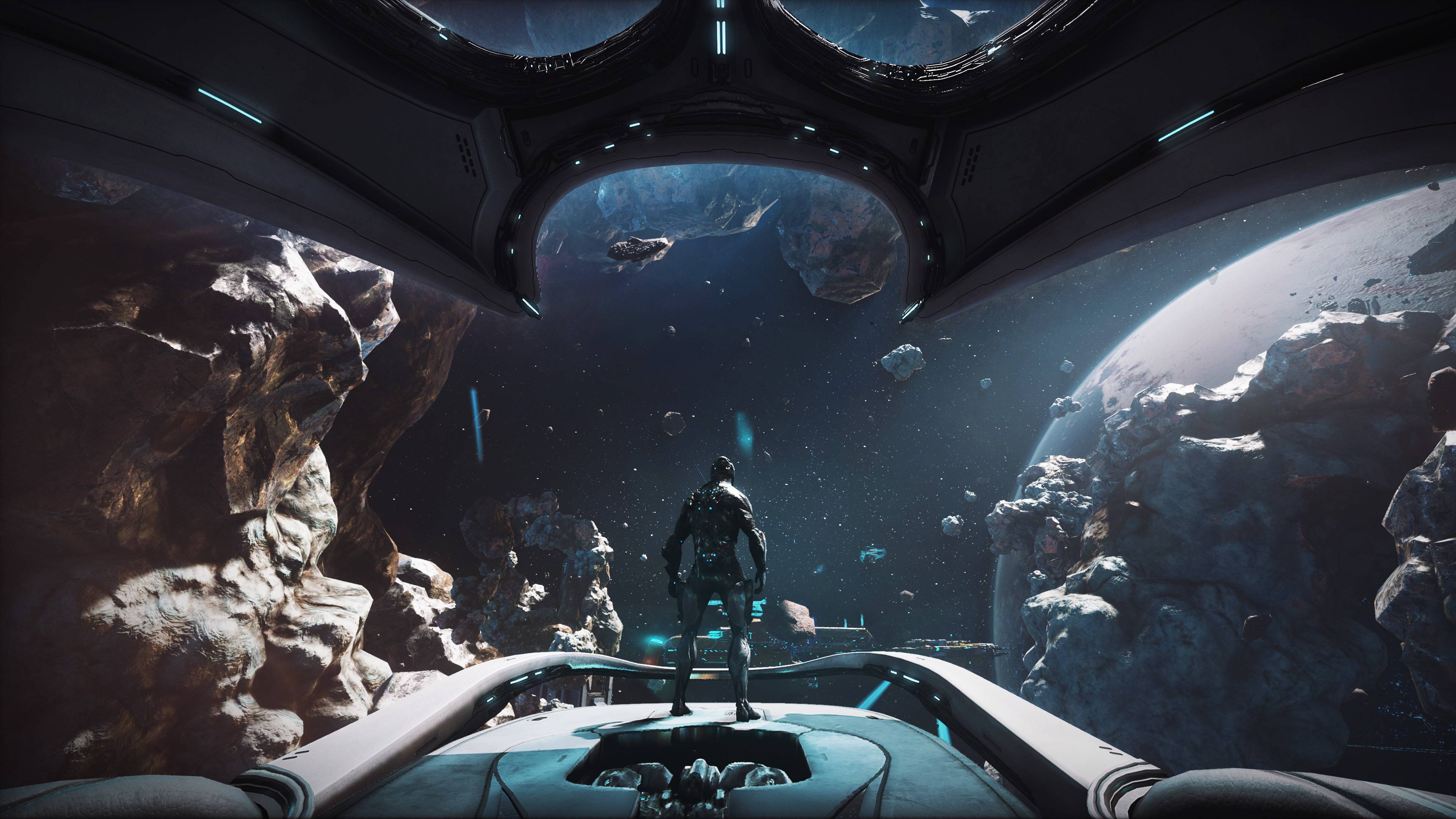 We’ve made it easier to set course for the Proxima by lowering the barrier to entry, and by integrating more of the core gameplay elements that you love about Warframe into the Railjack experience.

Lowering the barrier to entry starts with lowering the cost of ship components and time to build them. It also means removing the need for Dry Docks in your Clan Dojo! Instead, Dry Docks are now available in the Kronia Relay on Saturn and the Orcus Relay on Pluto.

If you can’t wait to fly headlong into the fight, you’ll find a fully-built Railjack for purchase in the in-game Market, available on its own or through the brand new Railjack Captain’s Bundle, along with four Crew Slots and the Nautilus Sentinel.

For Tenno with built Railjacks, you may be eligible for a variety of different bundles as our way of saying thank-you for being an early adopter. Tiers and contents of these bundles depend on your progress, and can be found in the Dev Workshop and Patch Notes.

Climbing aboard your new and improved Railjack for the first time, you’ll notice a few changes! The bridge has been redesigned with new Turret positions. The rest of the Railjack layout has also received an upgrade, bringing all the ship's vital functions into a single, easier-to-navigate space! Your Railjack is also now faster and more maneuverable than ever. We've increased the base speed and removed the sprint bar. 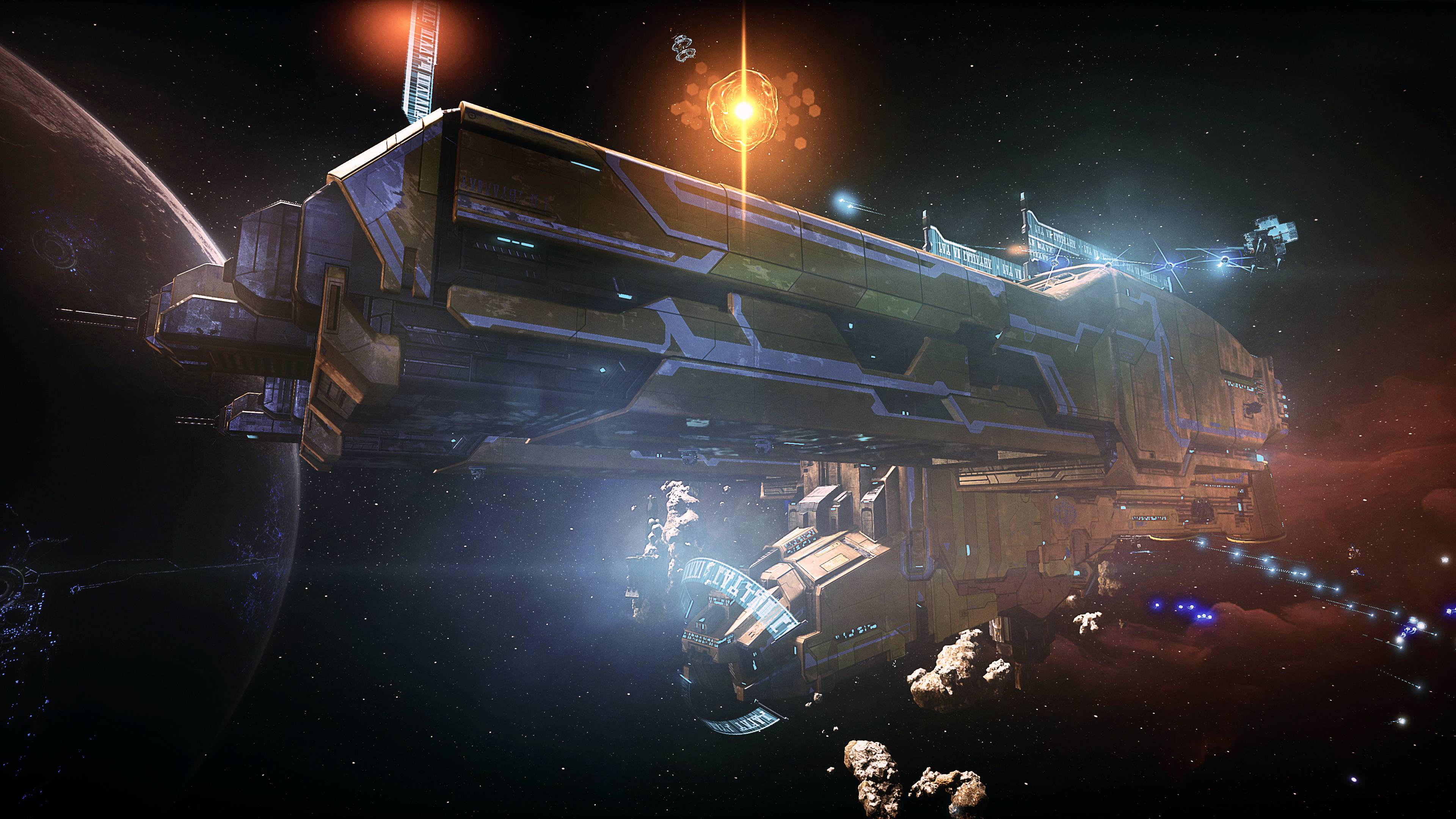 There’s also plenty of new content to enjoy! The Corpus Proxima, the area of deep space around Venus, Neptune and Pluto, is waiting to be explored. Each new planet’s Proxima offers new Mission nodes, new enemy fighters to dogfight, new enemies to battle aboard Capital Ships and new points of interest. 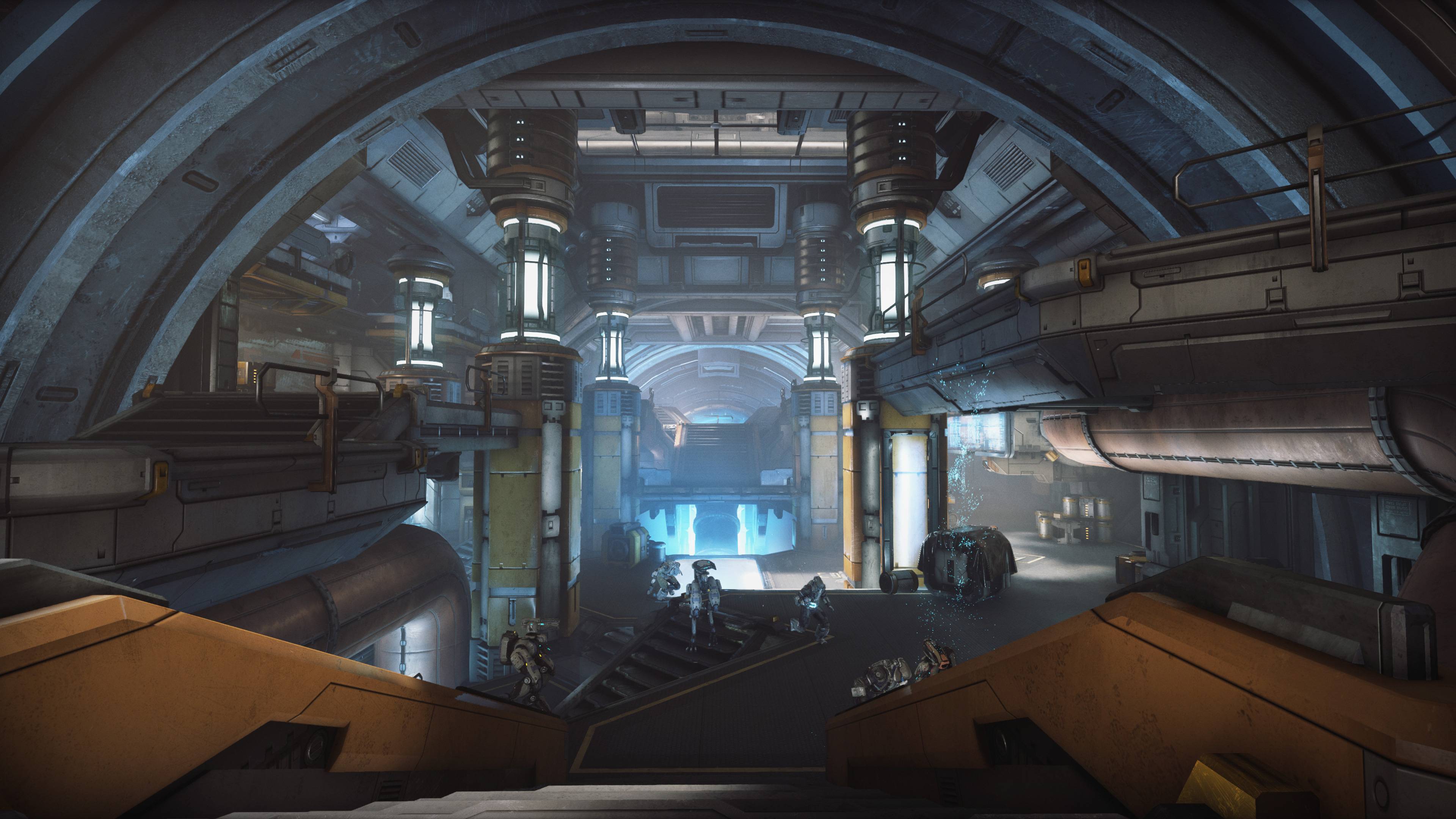 Your effort in pushing back the Corpus fleet will not go unnoticed, Tenno. Plenty of rewards await you in the Corpus Proxima like the brand new Nautilus Sentinel!

Most notably, Nyx Prime, Valkyr Prime and their signature Prime Weapons have been unvaulted and their Relics can be earned in Corpus Railjack Missions. The Blueprints for Ash have also found a new home in the Corpus Proxima, and make sure to investigate new Corpus points of interest to uncover the Carmine Penta, Athodai and many other Rewards!

After you’re done with the Corpus, set course for the Grineer Proxima to find the Blueprints for Oberon, as well as the Ignis Wraith. 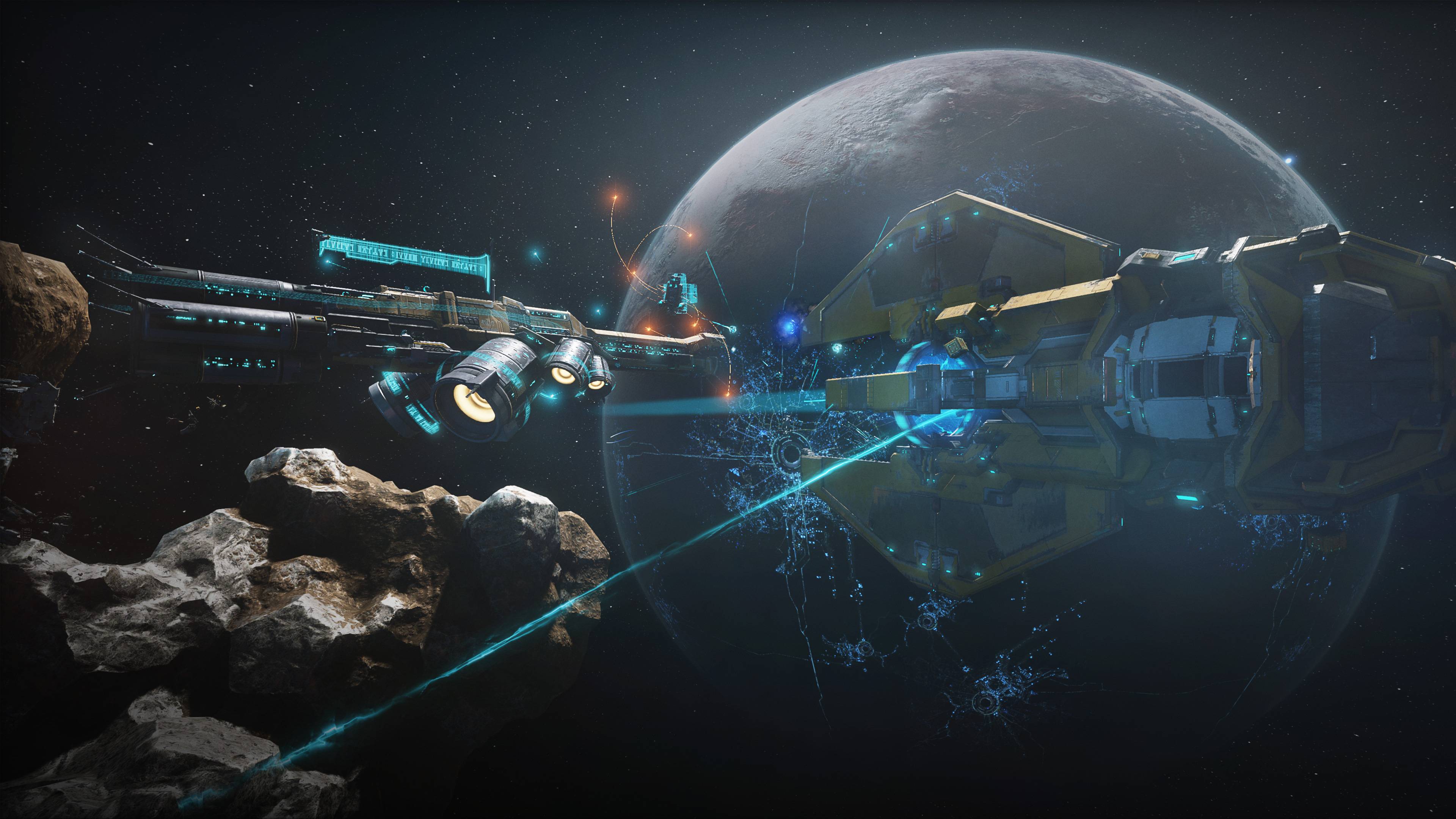 Two new Railjack Mission types are also available: Orphix and Volatile Missions. Tenno who’ve played Operation: Orphix Venom will know how best to take on the Sentient threat in Orphix Missions to earn Arcanes. Volatile Missions will challenge Squads to infiltrate a Capital Ship to sabotage it from the inside. 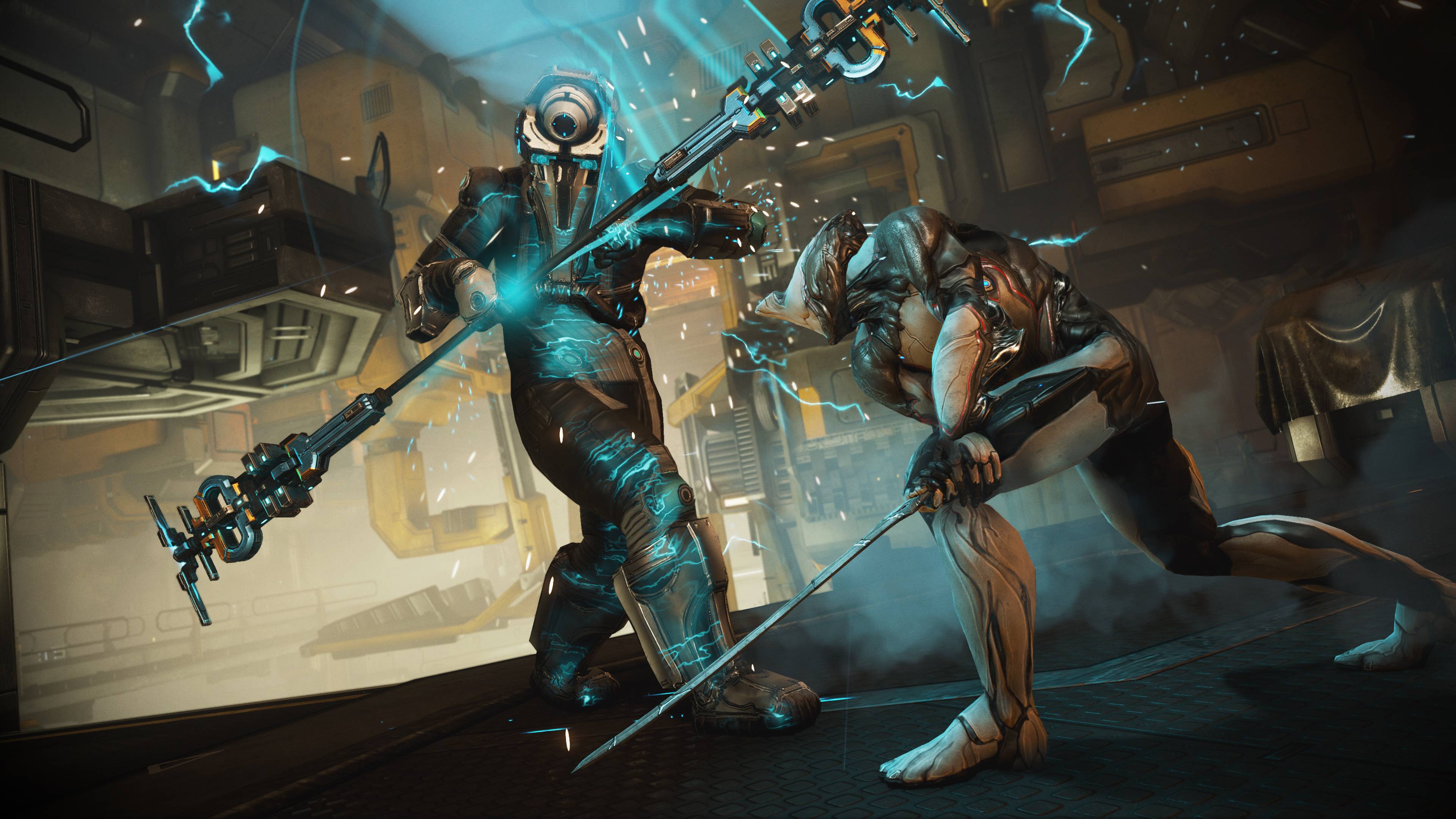 In your Missions, you’ll come across new enemies that have been purpose-built to withstand the outer limits of the Star Chart. Each Corpus Proxima (Venus, Neptune, Pluto) will have its own identifiable units, as well as the new elite Aurax enemies aboard Capital ships! Aurax units are dangerous special forces soldiers capable of receiving and dishing out serious punishment. Make sure your Loadout is up for it before you decide to take them on.

Introducing the Plexus, your all-in-one Railjack Loadout tool. In this update, we’re changing the way that Avionics, Intrinsics, Ammo and Energy work to feel more in line with the core Warframe experience. Start customizing your Railjack using the Plexus from your Orbiter, Dry Dock or in one of the new Dry Docks available in Relays!

With the Plexus, your Avionics have been transformed into Railjack Mods. They can be equipped personally and affect the Railjack you find yourself aboard, meaning you’ll no longer need to rely on the Railjack host’s Loadout to do the heavy lifting. For example, your bonuses to Piloting will be active while you are the Pilot, and when a Squadmate takes the helm, their Mods will take over!

Plus, Battle and Tactical Abilities are now fueled by Warframe energy. Bring your high energy capacity Warframe builds into the Proxima regions to get the most out of this change. Or, if superior firepower is your preference, rank up your Tactical Intrinsic and you’ll be able to deploy your Necramech in any Railjack Mission.

Aboard your own Railjack or in the midst of a deadly Capital Ship stand-off, bring the odds back in your favor with the Plexus. 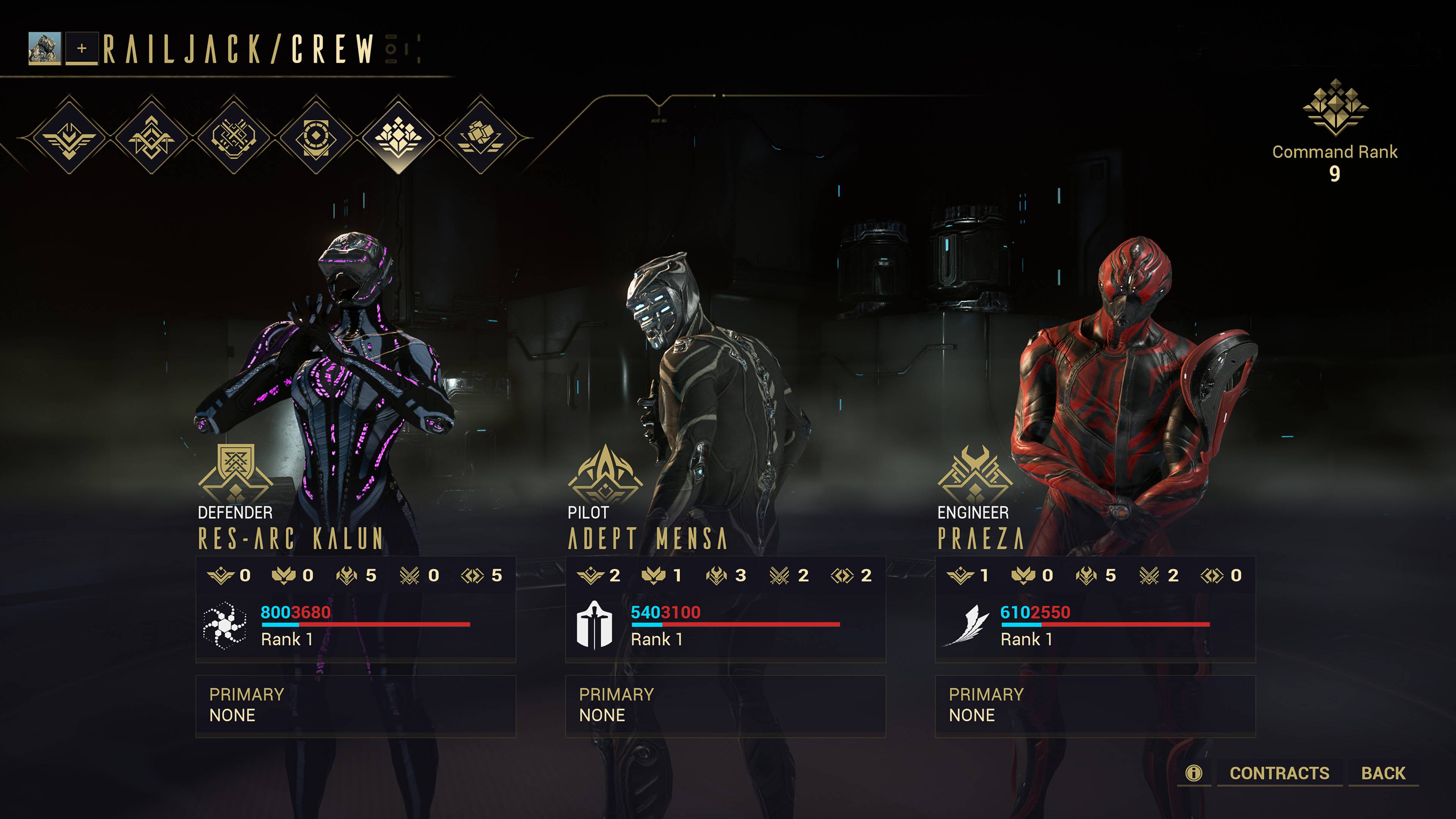 Your Railjack crew is waiting for you, Tenno!

Recruit, train and customize a crew of NPCs to fill specialized roles aboard your vessel while you play Solo. To hire your crew, level up your Command Intrinsic and pay Ticker a visit in Fortuna. Crewmates will gain Competency Points when you rank up the Command Intrinsic, which you can then spend to improve your crewmate's aptitude.

Crewmates will gain Affinity during Missions, which you can then spend to train your crew, improve their abilities or specialize their skills.

This update also brings sweeping changes across all Intrinsics. All Intrinsic points have been refunded, so you can re-spec and get a fresh start in the Corpus Proxima.

Tenno to battlestations! There are four new Railjack Turrets for you to wield against the Corpus. Whether you prefer precision weaponry, a high rate of fire or devastating power, there’s something here for you: 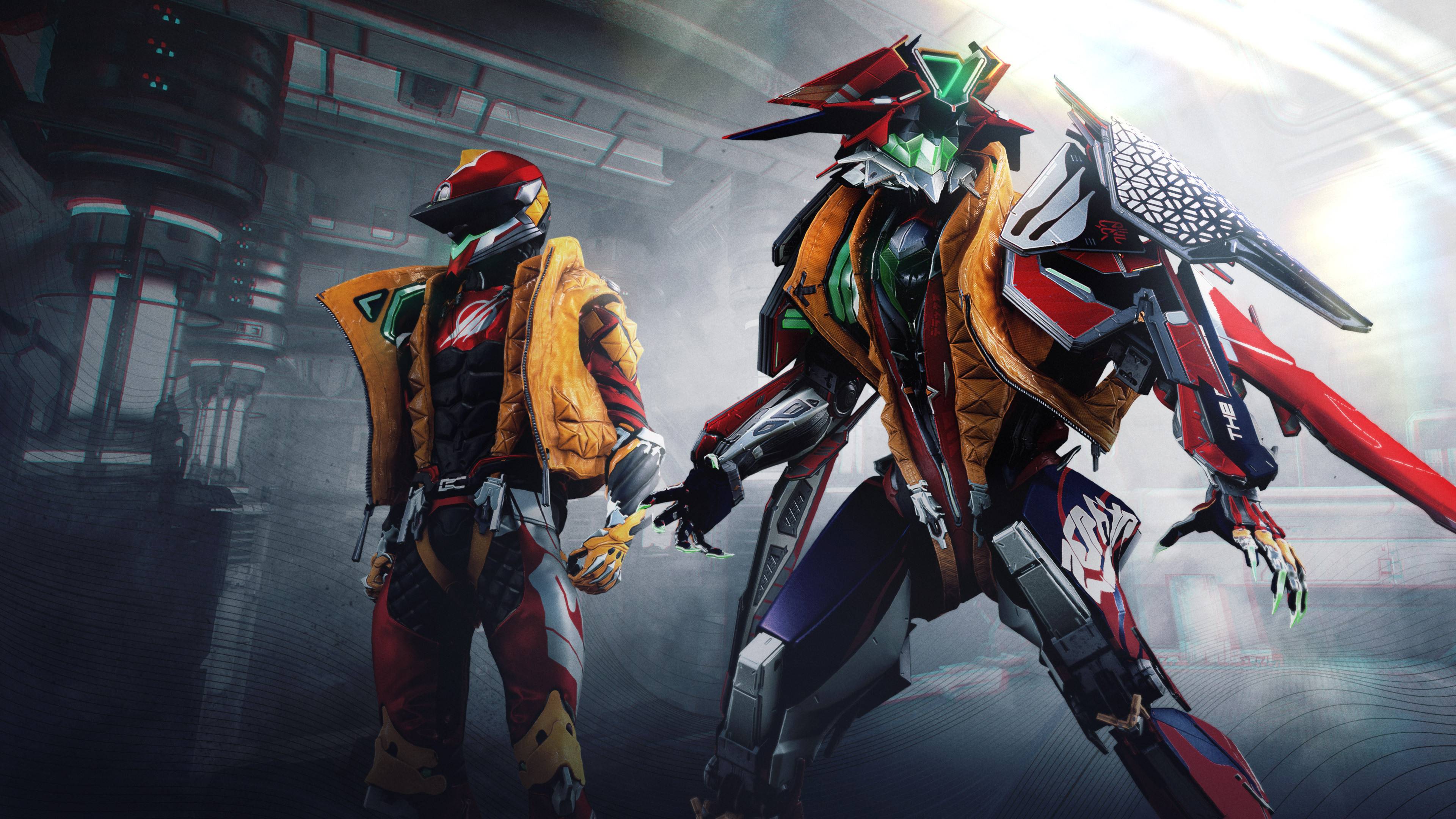 Keep your head in the clouds, Tenno. Corpus Proxima and The New Railjack is clearing the runway for the Zephyr revisit and the Zephyr Harrier Collection.

We’ve fine-tuned Zephyr’s Abilities to reflect her status as a precise and deadly flying machine. Make sure to check out the Patch Notes for all the details like how we’ve increased Dive Bomb’s Damage by nearly 10 times, or how you can strategically place your Tornado by holding the cast button!

Arclite Landing Craft Skin
Impress fellow Tenno by pulling up to the Mission in this striking, streamlined landing craft.

Adorn your Operator with this bold, radical look that tells everyone you rule the skies. The collection includes the Harrier Suit, Harrier Sleeves, Harrier Leggings and Harrier Hood.

For the creative Dojo builder in your Clan, there’s been a windfall of incredible Corpus Decorations to add to your collection! Jump into your Dojo to check out the latest pieces today.

Listen for the call, Tenno.