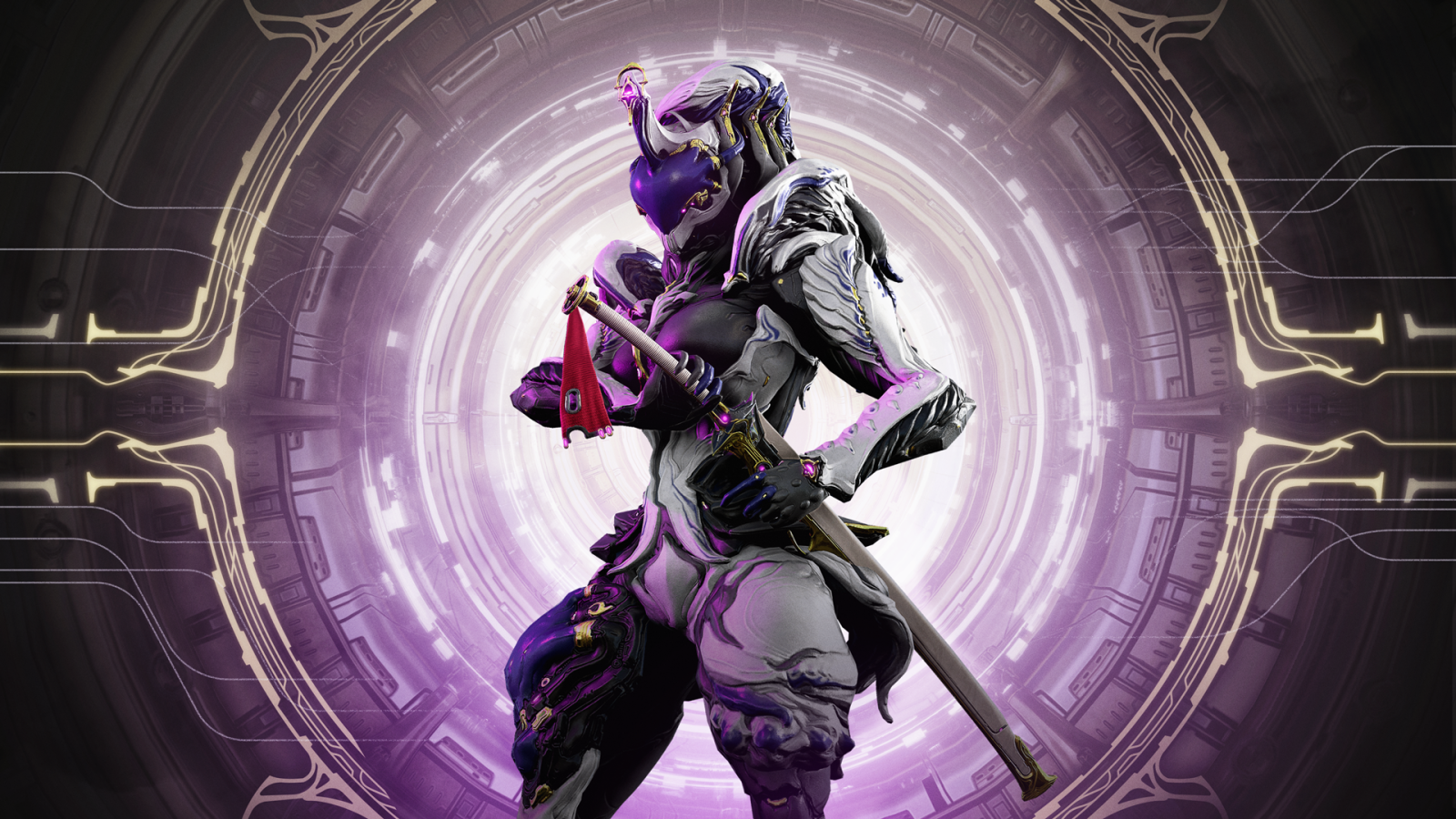 Emerging alongside Valkyr Prime in the latest Prime Resurgence rotation, Saryn Prime incapacitates her foes with deadly, venomous Abilities. If you’ve earned or instantly unlocked this toxic Warframe (along with her Prime Weapons and Accessories), it’s time to pick your poison and craft a sick build for the best advantage on the battlefield!

Although the Warframe community still regards Saryn as one of the strongest overall Warframes, there are different approaches you can take when it comes to Modding her. As the guides below demonstrate, her versatility means that you can build her out as an Area-of-Effect (AOE) damage machine, an Acolyte-murdering Steel Path savior, or a good old fashioned tank (among many other possibilities). The choice, as always, is ultimately yours.

iFlynn: THE BEST SARYN SPORES BUILD IN THE GAME?

iFlynn’s build is all about maximizing the AOE Damage from Saryn’s first Ability, Spores. Her third and fourth Abilities (Toxic Lash and Miasma, respectively) are also useful with this build, and so her second Ability, Molt, is swapped out for Hildryn’s subsumable, Pillage, which allows you to partially strip enemy defenses while bolstering your own.

The Mods in this build are a straightforward mix that prioritize Strength and Range, with lesser consideration for Duration and Efficiency.

For Strength, iFlynn opts for Umbral Intensify, Blind Rage and Transient Fortitude. Overextended and Stretch provide additional Range, while Streamline is added for Efficiency (although this could easily be swapped out for Primed Flow, or even its regular variant). Rolling Guard and Primed Sure Footed are also included for additional Defense, while Primed Continuity is added for a Duration boost. As this is a Spores-centric build, iFlynn suggests Enemy Radar for the Aura Slot, as this can help you determine where you want to spread Spores around based on the map.

Rounding out the build is Arcane Energize in the first Arcane Slot, but feel free to use whichever Arcane you prefer for the second one.

Once you’ve engaged enemies on the ground with this Saryn build, the basic order of events is as follows:

As the Damage from Spores works its way through your enemies, you’ll find yourself dealing massive amounts of Damage, especially when using a Melee Weapon (such as Nikana Prime) equipped with Condition Overload, which grants additional Damage for each Status type affecting your target(s). Since you’ve already applied Corrosive, Toxin and Viral damage to your foes with Saryn’s Abilities, this grants you a truly satisfying level of power on the battlefield that makes it clear why this simple build is a winner.

Grind Hard Squad: THE MOST UNDERRATED SARYN COMBO THAT MELTS ENEMIES IN SECONDS

Here’s how it works:

Venom Dose allows you to cast Spores and then hold your cast to generate a wave of energy that spreads out and grants additional Corrosive Damage to both yourself and nearby allies. This also applies to any non-Exalted Weapons in range, as well. So, rather than wait for the Corrosive Damage from Spores to slowly build up, you can unleash the extra Corrosive Damage from Venom Dose with a well-built Melee Weapon, such as the Jat Kittag Hammer.

You’ll definitely want to include Condition Overload in your Jat Kittag, for the same reason that iFlynn included it in his Nikana Prime: it’s easy to apply Status Effects to enemies with Saryn’s Abilities, so the extra damage from this Mod is an easy no-brainer. The Jat Kittag has an extra advantage when Vulcan Blitz is added to it, however: when Vulcan Blitz procs, it will spread not only Blast Damage, but also any Damage that’s already been applied from Saryn’s Abilities. This in conjunction with the extra Damage from Condition Overload will truly make you a force to be reckoned with.

GHS suggests adding Gloom to your Saryn for added survivability during high-level Missions, along with some Range so you won’t need to consume too much Energy using it. Arcane Energize should occupy one of your Arcane Slots, and the remaining Mods are more or less straightforward, focusing primarily on Strength (with Mods like Umbral Intensify and Transient Fortitude, etc.).

For the Hammer, you’ll want to focus on Critical Chance, Strength, and Status (along with the vitally important Condition Overload and Vulcan Blitz, of course). Range is also helpful as it will increase the radius of Vulcan Blitz’s Damage spread. The Jat Kittag also has a high Riven Disposition, so you’ve got a decent shot at rolling some good stats if you have a corresponding Riven in your Arsenal.

Brozime describes his Saryn Prime build as “a bit weird” but one that also “works exceedingly well,” and it’s hard to argue with him. He starts by adding Gloom in place of Molt, and explains that this makes Saryn virtually immortal since you’ll be lifestealing from your enemies as long as the Damage from Spores is ticking away. In other words, they won’t even be able to take you out at all unless they can do it with a single shot (or two, if your shields are up).

This build includes both Umbral Vitality (for additional survivability) and Umbral Intensify (for Strength), Overextended (for Range) as well as Arcane Energize in the first Arcane Slot. Hunter Adrenaline can be swapped out for Umbral Fiber to gain even more Strength and Damage, but this is “wildly unnecessary” - even for high level content like Steel Path. Similarly, you could include the Stretch Mod for additional Range, but this would also be overkill as the basic build provides more than enough at 235%.

For Elite Sanctuary Onslaught, you might want to consider swapping Hunter Adrenaline for an Efficiency Mod, since the enemies there will likely expire before they have a chance to attack you and give you Energy. You could also remove the Molt Augmented Arcane that Brozime includes in this build, as it boosts Saryn’s Ability Strength and allows her to rack up more Damage when Spores are active. Less damage will keep weaker enemies alive.

This actually speaks to the build’s only overall drawback - which is that you need to avoid killing enemies too quickly. As Brozime explains, there’s a certain rhythm you want to try to hit when casting your Abilities so as to maintain a steady spread of your Spores:

”Your goal is not to kill too fast. Your goal is to kill just enough enemies that there are still enemies on the map that are primed for [Spores].”

What he means is that casting Spores on an enemy will cause a damage counter in the bottom right to start ticking upwards. The more enemies that are infected, the faster this counter will rise, and the more damage your Spores will inflict. When an enemy that you have cast your Spores on dies, the enemies around them will also become infected. However, they will not pass along the infection when they expire, because they did not receive it directly from you. Casting Miasma, however, is a way around this, as it not only spreads the infection, but also counts as a direct cast, causing those enemies to then continue the spread once they expire. It’s a bit complicated and you should definitely watch the video for Brozime’s full walkthrough, but basically, if you time your Spores right, then weaker enemies should be dying off in waves, while the stronger enemies die a bit later and then infect the next wave of weaker enemies once they finally succumb to your sickness.

If this sounds like it’s too much to manage, you can also spread the infection yourself with Toxic Lash and a trusty Weapon (Brozime suggests the Ignis Wraith). With Gloom active, enemies will move slowly and give you plenty of room to maneuver and attack. Killing all infected enemies will cause your damage counter to fall back down, but only gradually, leaving you time to reinfect more hosts and cause it to tick back up.

With Spores being far and away the most important Ability in Saryn’s kit, your goal while using her is to sow the seeds of destruction, and allow her infection to ravage your foes en masse. Whether you choose to accomplish this with a Condition Overload Melee Weapon build, Sevagoth’s Gloom, or just good old fashioned time management, you really can’t go wrong with a Warframe this powerful.

Did you find the videos discussed here helpful? Which Mod combinations work best for your Saryn (Prime)? Do you have any tips of your own that you’d like to share? Join the wider Warframe conversation on Twitter, Instagram, and Facebook as well as our Official Forums.