It’s been a while, but we’re officially back with our Devstream overviews. In this post, you’ll find all of the important details from Devstream 151 in a CTRL+F searchable format -- if you have something in particular you want to know more about, in this Devstream we covered:

As always, we recommend checking out the full stream to catch the full scope of the news, and some shenanigans along the way -- but if you don’t have the time, you can read all about what happened in our recap below!

Our 80s-inspired hip hop queen is here: Octavia Prime is releasing on all platforms on February 23rd, with the Tenora Prime and Pandero Prime!

A custom Shawzin will be coming with Octavia Prime Access as well. Channel your inner Orokin Royalty with the elegant Harp Sounds from this elegant instrument:

With Octavia Prime, we’ll also be releasing a hip-hop themed instrument set for your Mandachord!

Our next major update will be coming in March 2021! With the Call of the Tempestarii, you can expect the following:

We will go into more detail on these different categories below, but before we do, here’s a little tease of the update art and some new Railjack music produced by our Sound team -- feel free to play it in the background to really set the tone as you read on:

With this new content, as Steve so delicately put it, we are doing surgery to Railjack with a chainsaw. This surgery is still on-going, but we can tell you the details behind the changes:

Firstly, we will be incorporating more core Warframe gameplay into your Railjack missions with the goal of making Railjack feel less like its own island. One example of this is the integration of Orphix Venom into a Corpus Railjack Capitol ship.

Secondly, we’ll be re-revisiting Railjack as a whole to address our missteps and mistakes, with the goal of making Railjack more fun, more rewarding, and more accessible. Parts of these changes include:

Thirdly, we’re in the process of an Intrisinics audit, with the following goals:

This is only scratching the surface. If you have constructive feedback on what you’d like to see from Railjack and how to improve it, please use our new dedicated sub-forum to share your thoughts with us: https://forums.warframe.com/forum/1765-railjack-feedback-post-devstream/

We showed off Codename: Wraithe’s concept art in TennoCon 2020, but now we officially have news on his kit! Learn more about Sevagoth, our next Warframe, below:

Ultimate Meter - The Shadow needs to be fed in order to be fully unleashed. Sevagoth’s 1st, 2nd, and 3rd abilities contribute to this meter, allowing you to unveil his ultimate form.

FIRST ABILITY: Reap - A shadow flies forward, dealing damage to all he comes into contact with. Enemies that survive this attack will be debuffed and take additional damage for a duration. Each enemy killed during Reap or with the debuff active will feed his Meter. You can let the shadow fly free or aim your weapon for the shadow to follow.

SECOND ABILITY: Sow - A short range cast that drains the life from your target over time.. If a player Reaps what they Sow, the reap will explode on contact dealing the targets remaining health in AOE damage. Enemies that die from Sow or the Reap will fill his Meter.

THIRD ABILITY: Gloom - An AOE Slow that grows around the Wraith, filling the Meter when enemies are within the AOE. Squad members within range will be granted a life steal buff to their attacks.

FOURTH ABILITY: Shadow Form - Unleash the Shadow in exalted form. This is a pure Melee form with 3 additional base powers. Sevagoth will remain in casting location and will be invulnerable to damage. If killed in Shadow form, players will be forced back to Sevagoth.

First ability - Ghostly hands drag enemies towards the player in a cone-like-aoe.

Second ability - Dash through a targeted enemy ripping their soul out, healing your Shadow, and dealing a Radiation proc on them.

Third ability - Let out a wail that causes the same debuff as “Reap” from the Wraiths base kit.

PASSIVE - When killed, Sevagoth erects a broken tombstone and unleashes a Shadow. Collect souls and resurrect yourself!

Sevagoth is getting his own quest with Update 30, with a nautical or Flying Dutchman flavour: 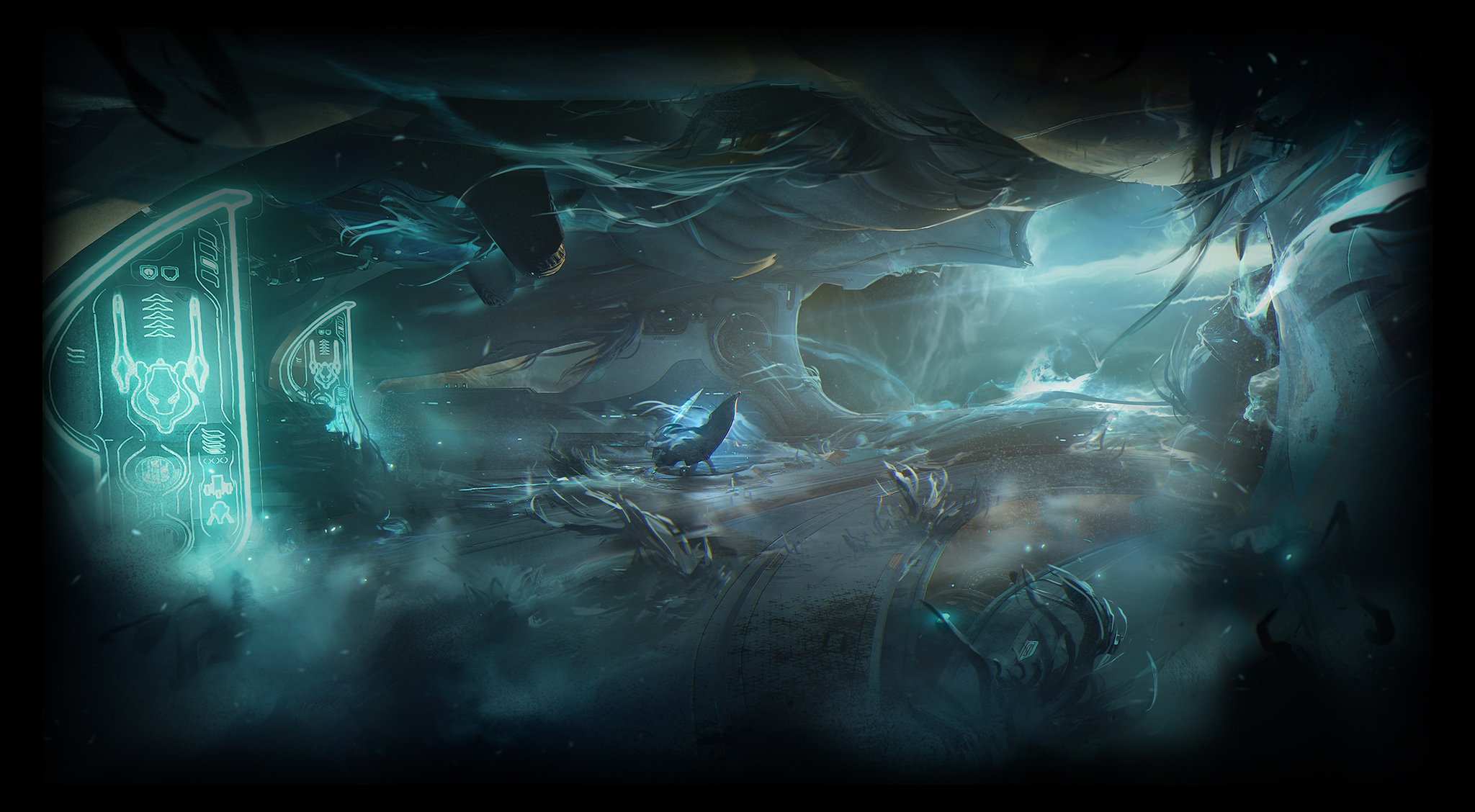 Due to technical issues, we were unable to show you Zephyr Deluxe in action this stream, but have tons to share still about Zephyr, and her coming Deluxe collection. If you missed the original concept, here is what she’ll look like: 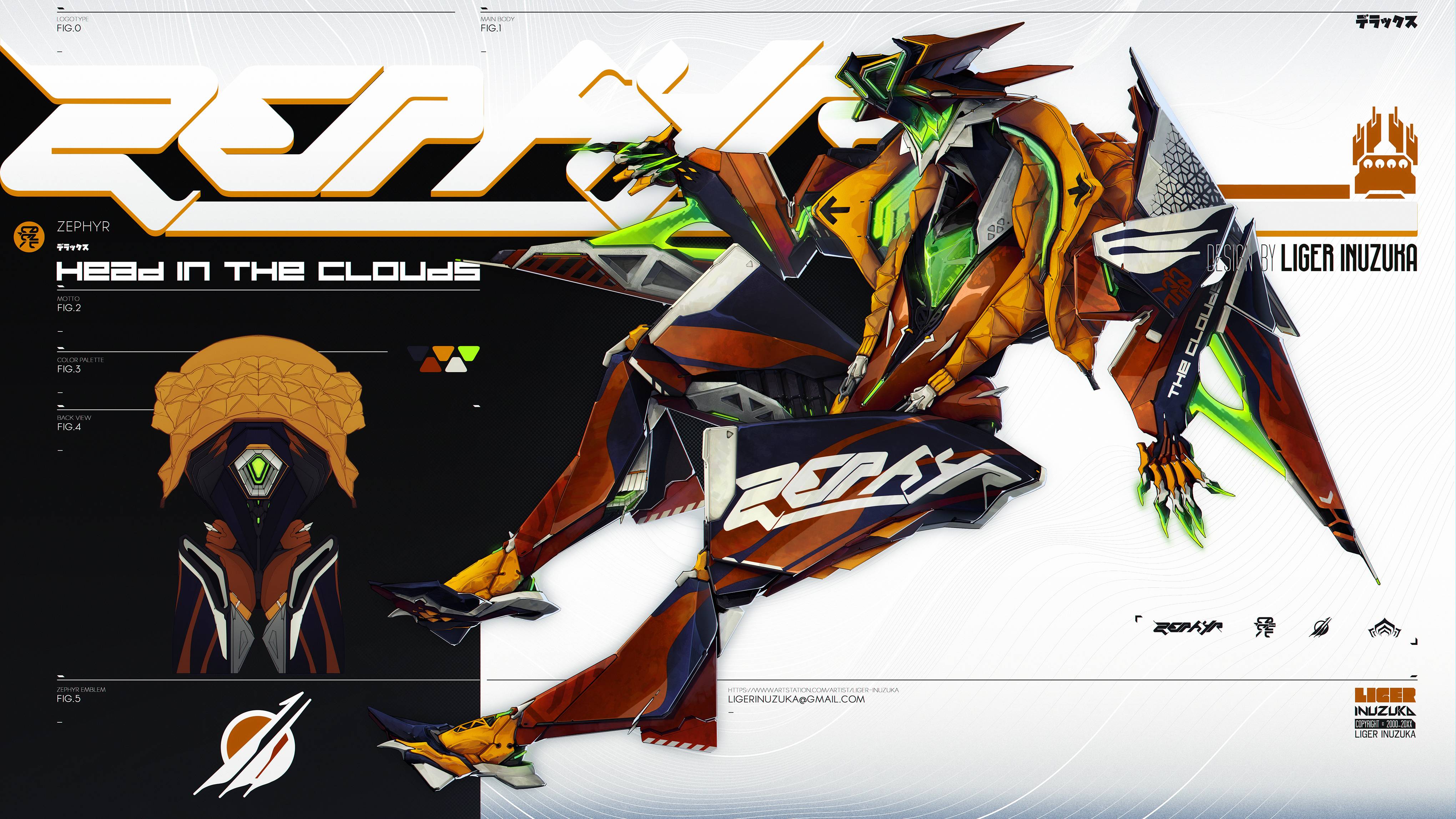 This Deluxe Skin collection is coming with its own Landing Craft skin as well: 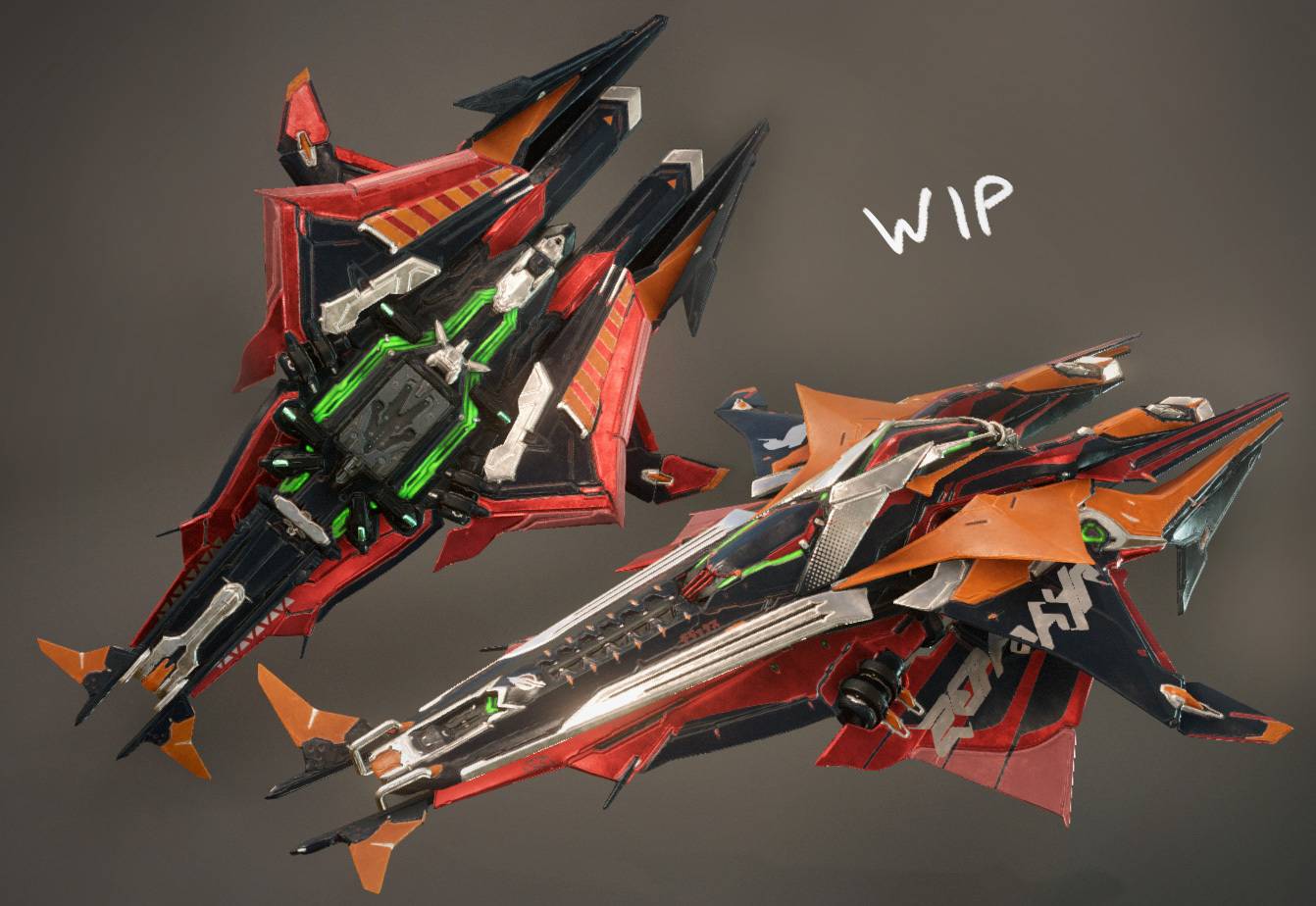 She is also getting her own custom Deluxe animations:

The Deluxe Skin collection will be coming with Update 30, but we also hope to bundle in some updates to her kit as well! We can’t make any promises they’ll make it in for U30, but here’s what to expect:

For those unfamiliar with the amazing Fan Artist DebbySheen, you are in for a treat. As a longtime Warframe artist, Debby has reimagined Warframe with her own unique vision in so many ways, and we felt it was time to make that vision a reality. 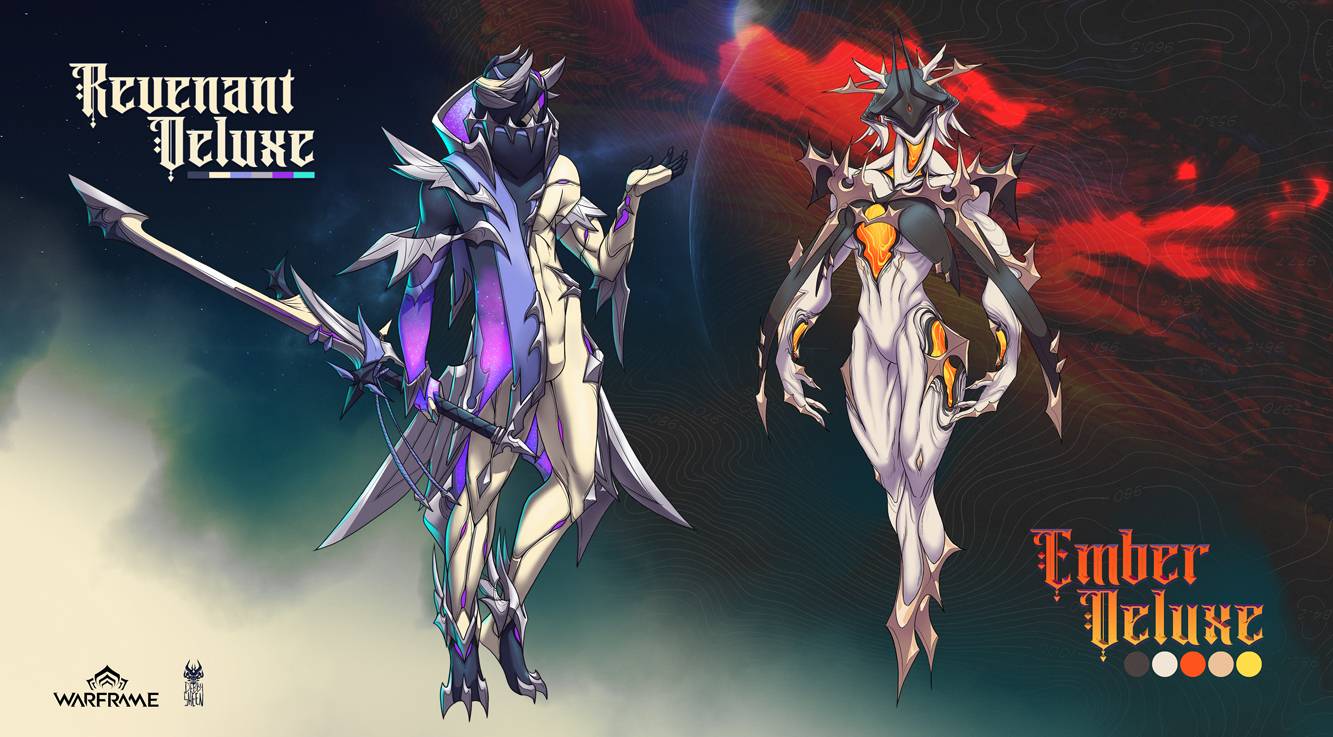 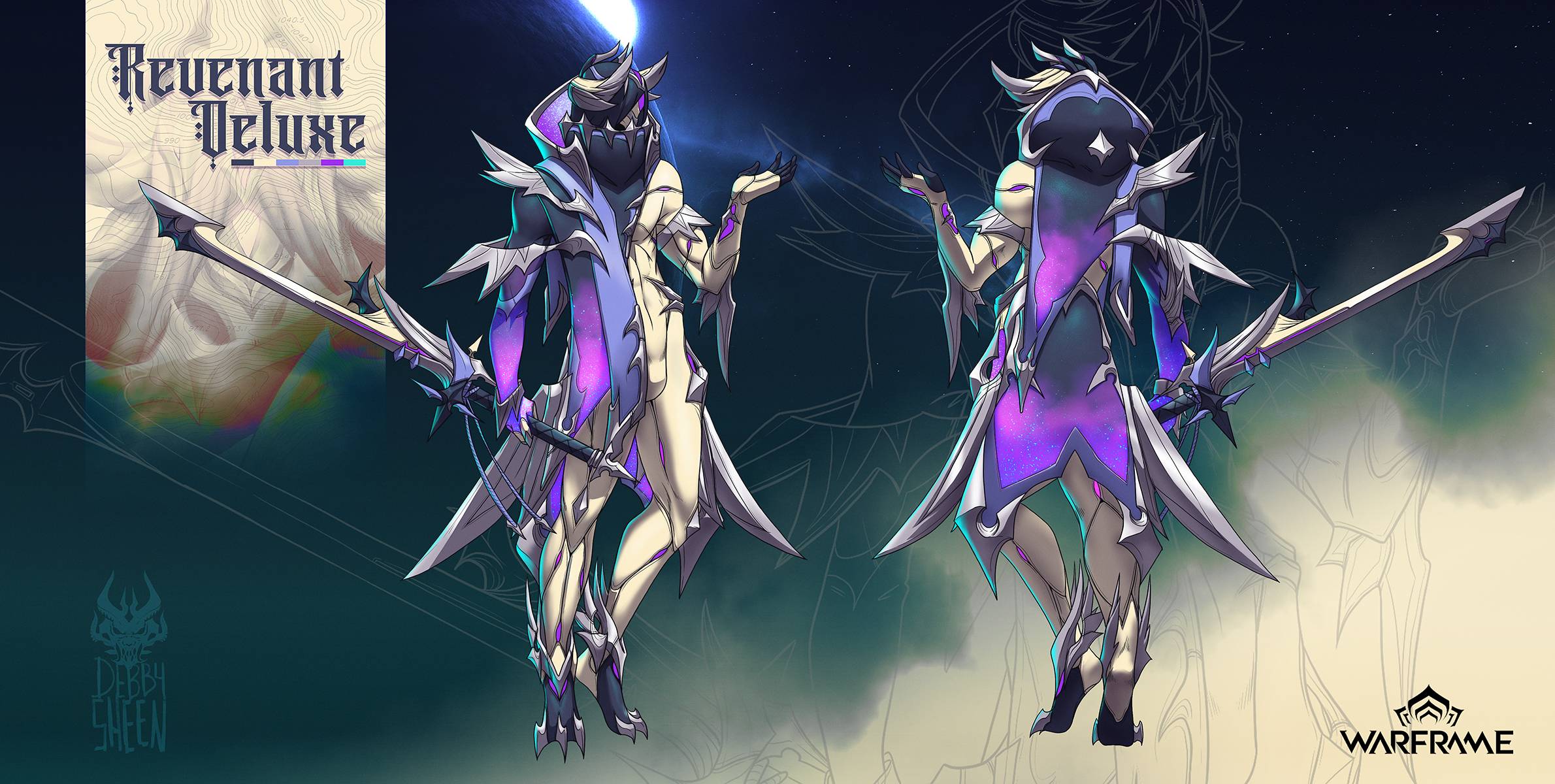 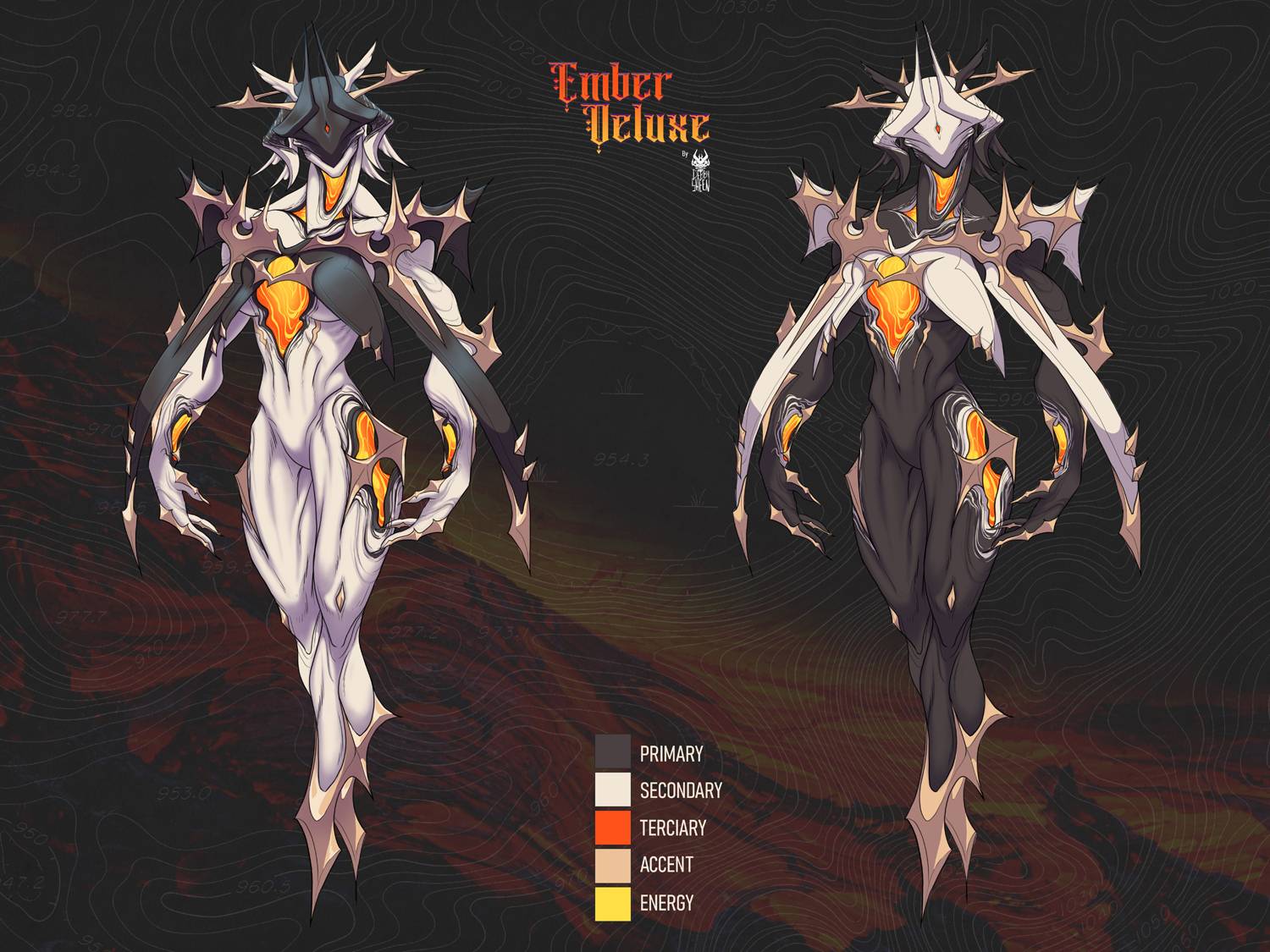 Revenant is also coming with Operator Cosmetics, and a Two-Handed Nikana Skin: 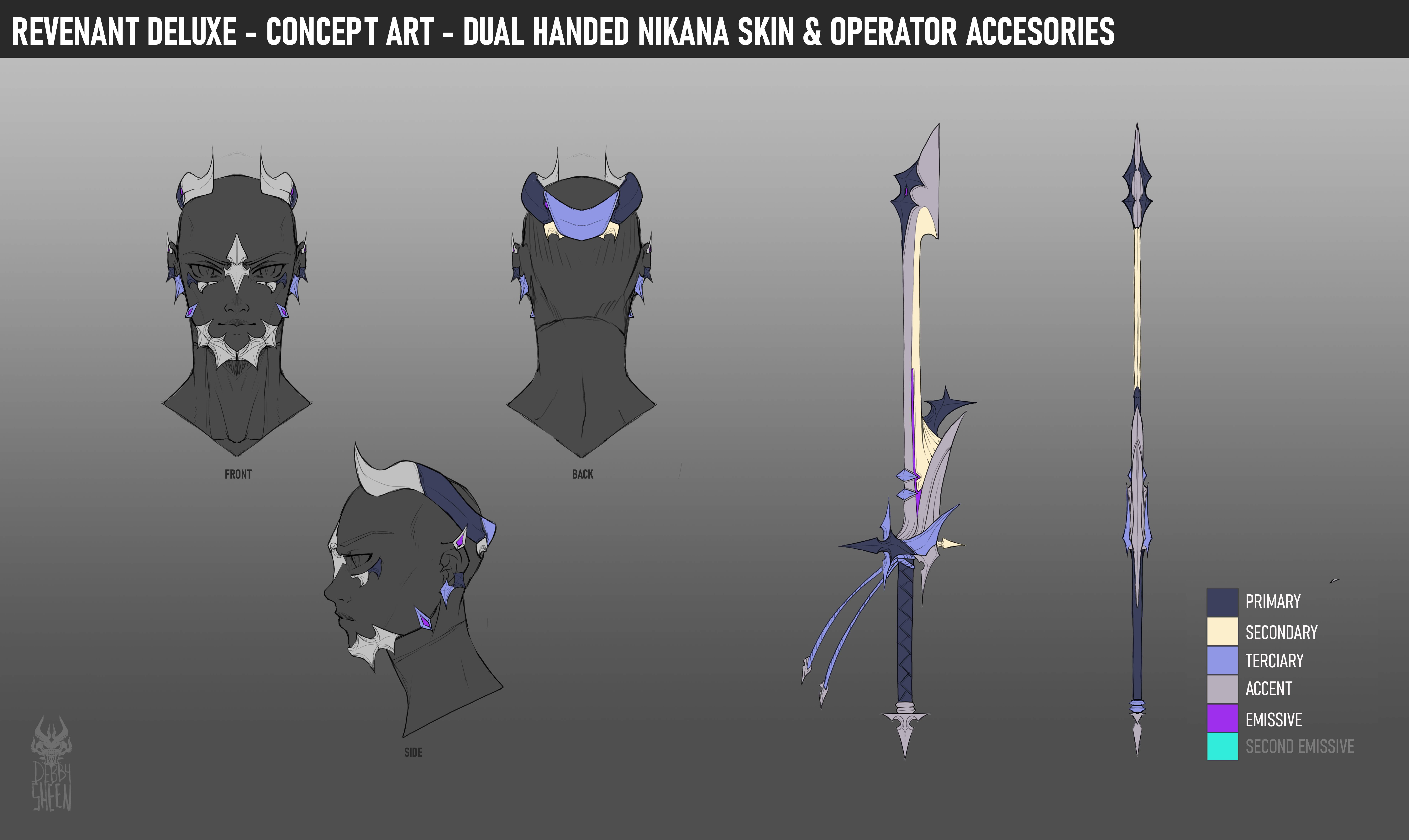 If you want to see more colour combinations for this, and some WIPs from the Zephyr Deluxe content above, check out our imgur album here: https://imgur.com/a/l4aVQbs

If you’ve watched our Devstreams over the years, you might be familiar with the Ghoul Saw melee weapon and our long-time promise for it to become a melee you can wield.

It’s finally happening, and we officially have melee animations to show:

Not shown here, the team did discuss ways on keeping our “you can ride it” promise as well! Stay tuned! 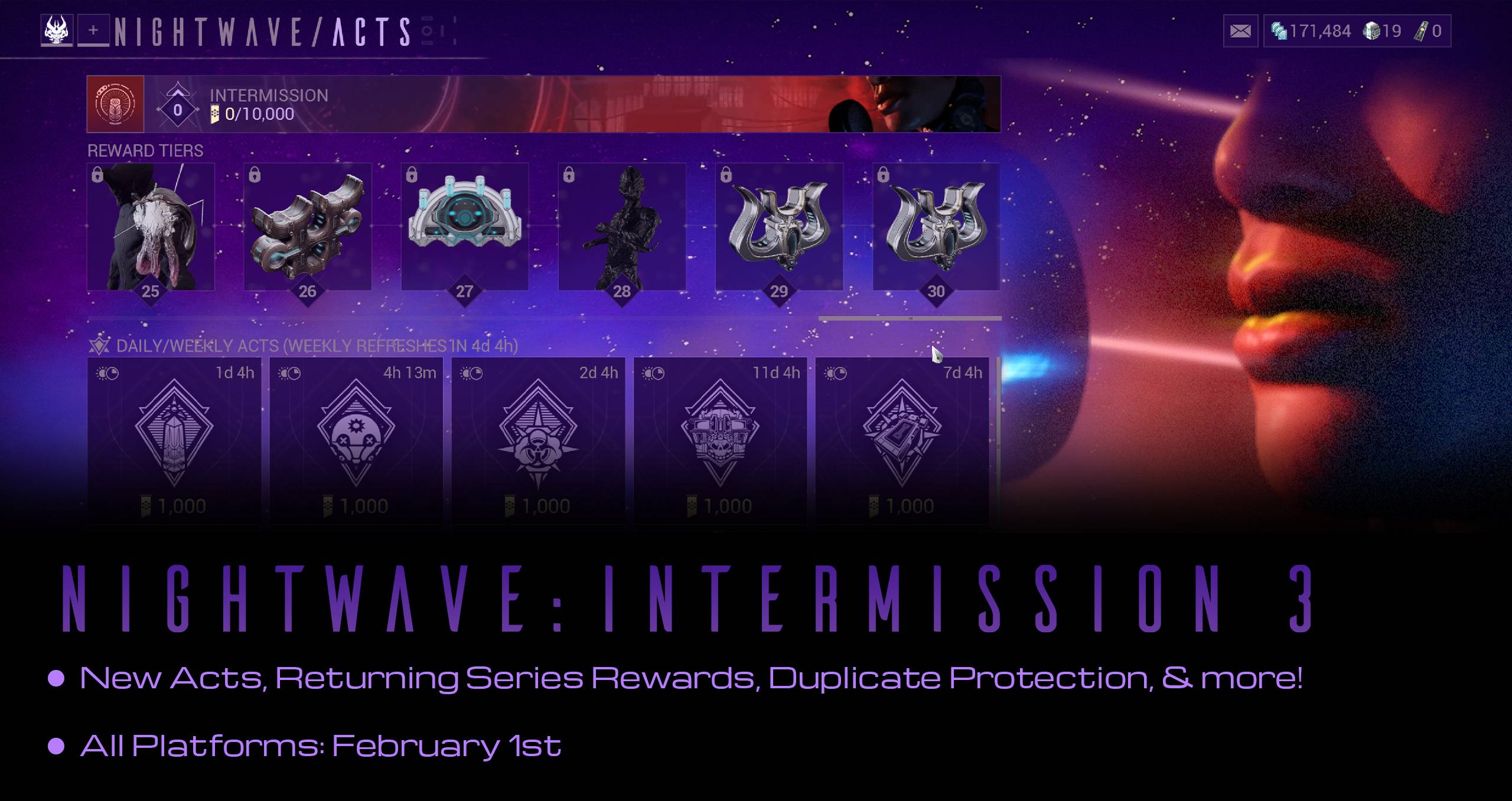 On the note of Nightwave Series 4, you will see a much simpler Nightwave to follow, as we focus our narrative efforts on The New War and Duviri! 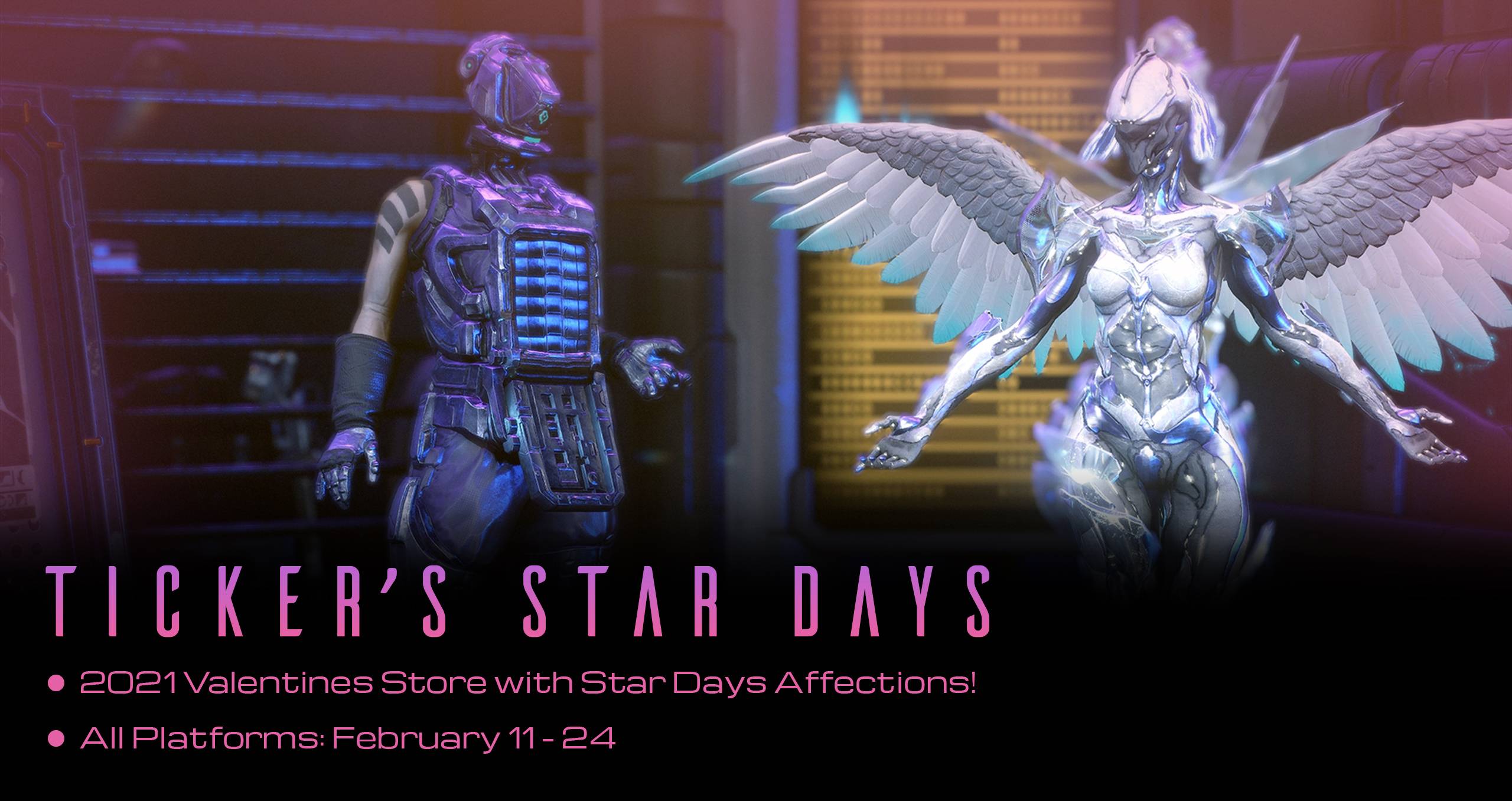 In the offerings, you will also find the Ignis Wraith and Snipetron!

We’re continuing the Dojo QOL changes train from last year! Here’s some of the improvements our team is working on: 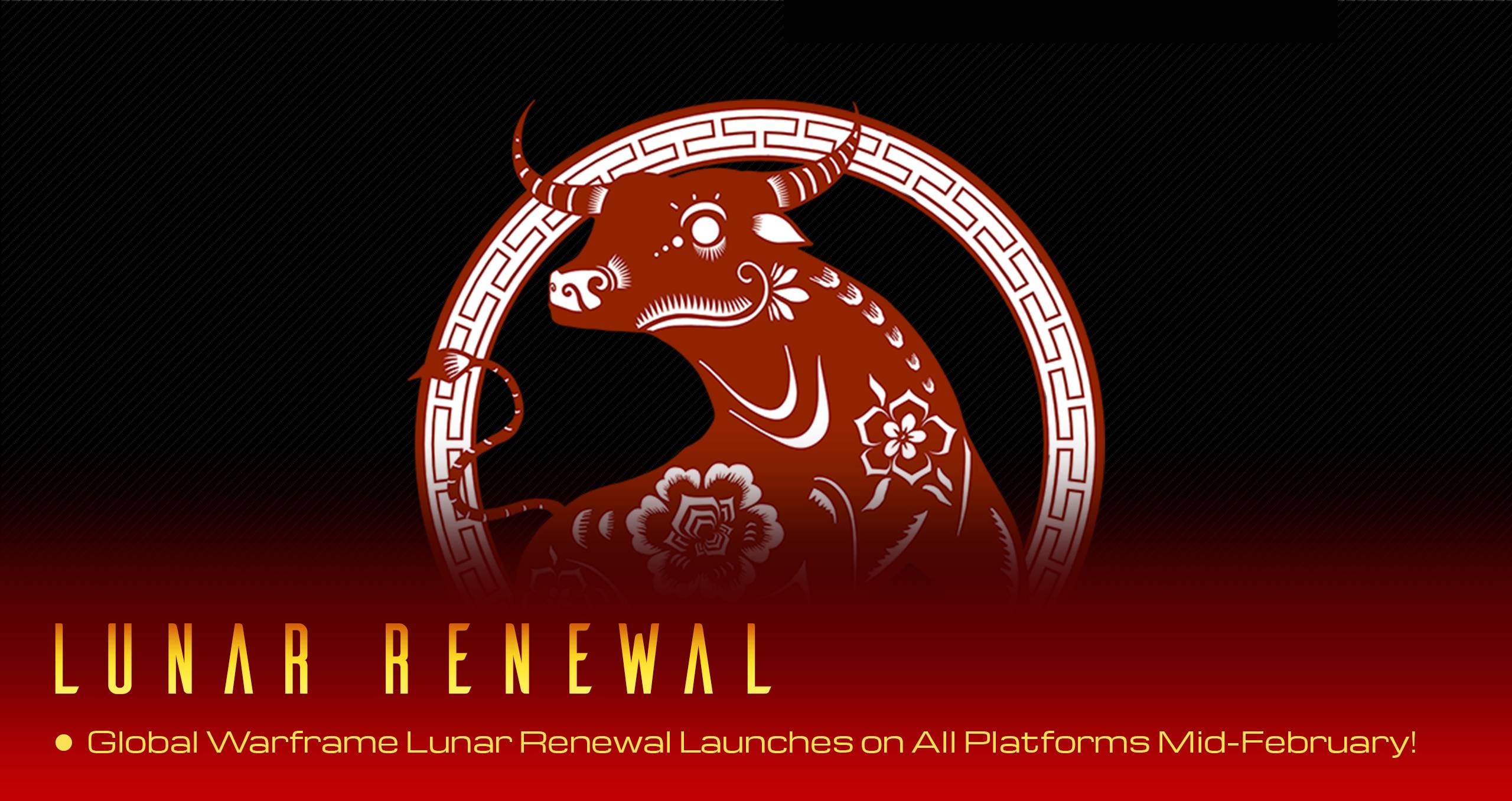 Look for Lunar New Year content on all platforms in February this year.