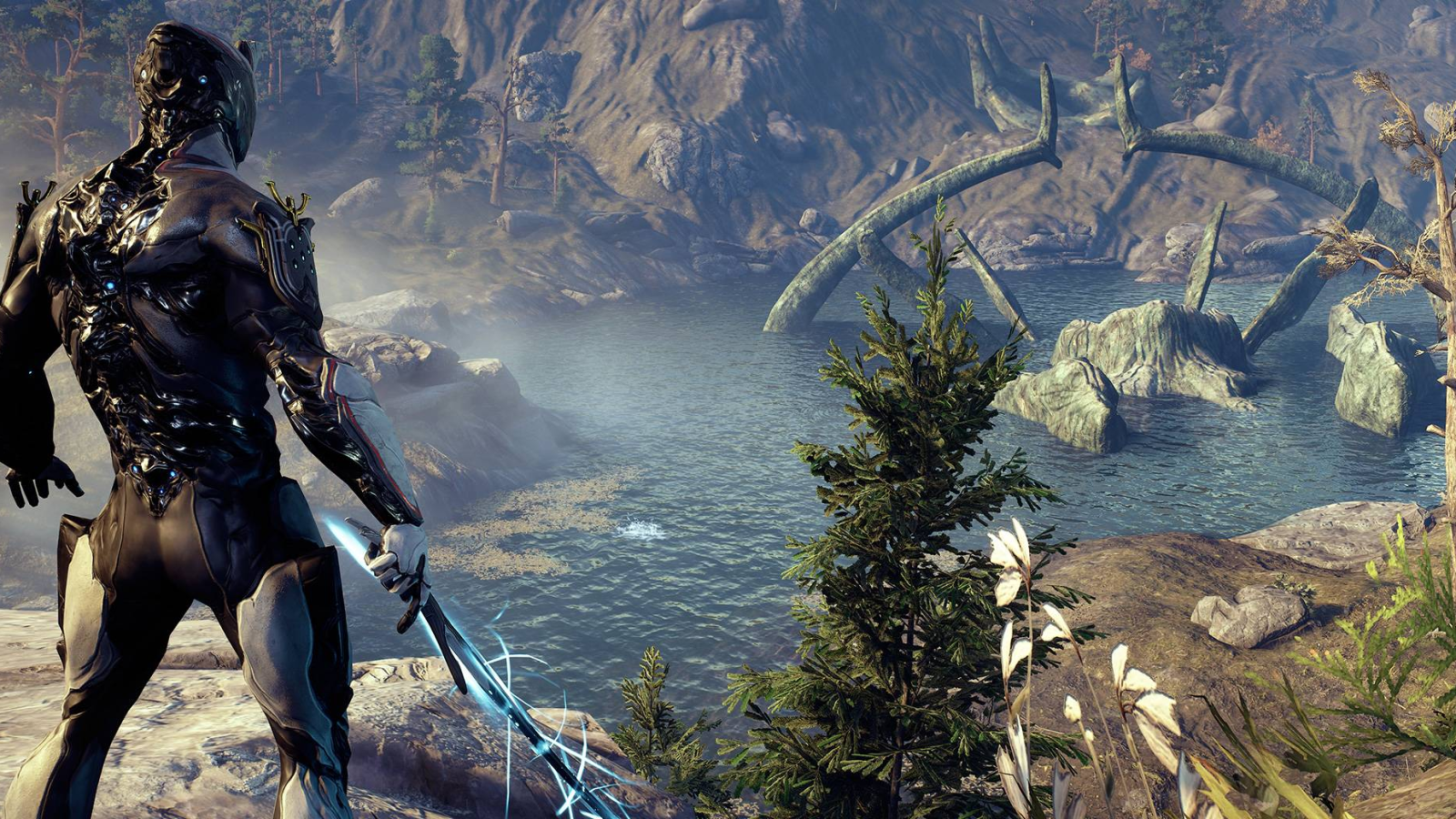 Warframe is Bullet Jumping onto the next generation of consoles.

Our journey begins on PlayStation 5 later this year, and we’ll have more information to share about the Xbox Series X very soon.

When Warframe launched on PS4 in 2013, we knew we were committed to supporting it for a long time, and we are so grateful to you for helping Warframe thrive.

The Origin System has grown so much since we first launched on consoles, and we can’t wait to start the next chapter on PlayStation 5 and Xbox Series X.

We’ve spent a significant amount of time and energy developing our new enhanced renderer to make Warframe even more visually impressive on new hardware! This rendering technology creates dramatic, dynamic lighting that follows the natural direction and strength of any given light source in an environment. 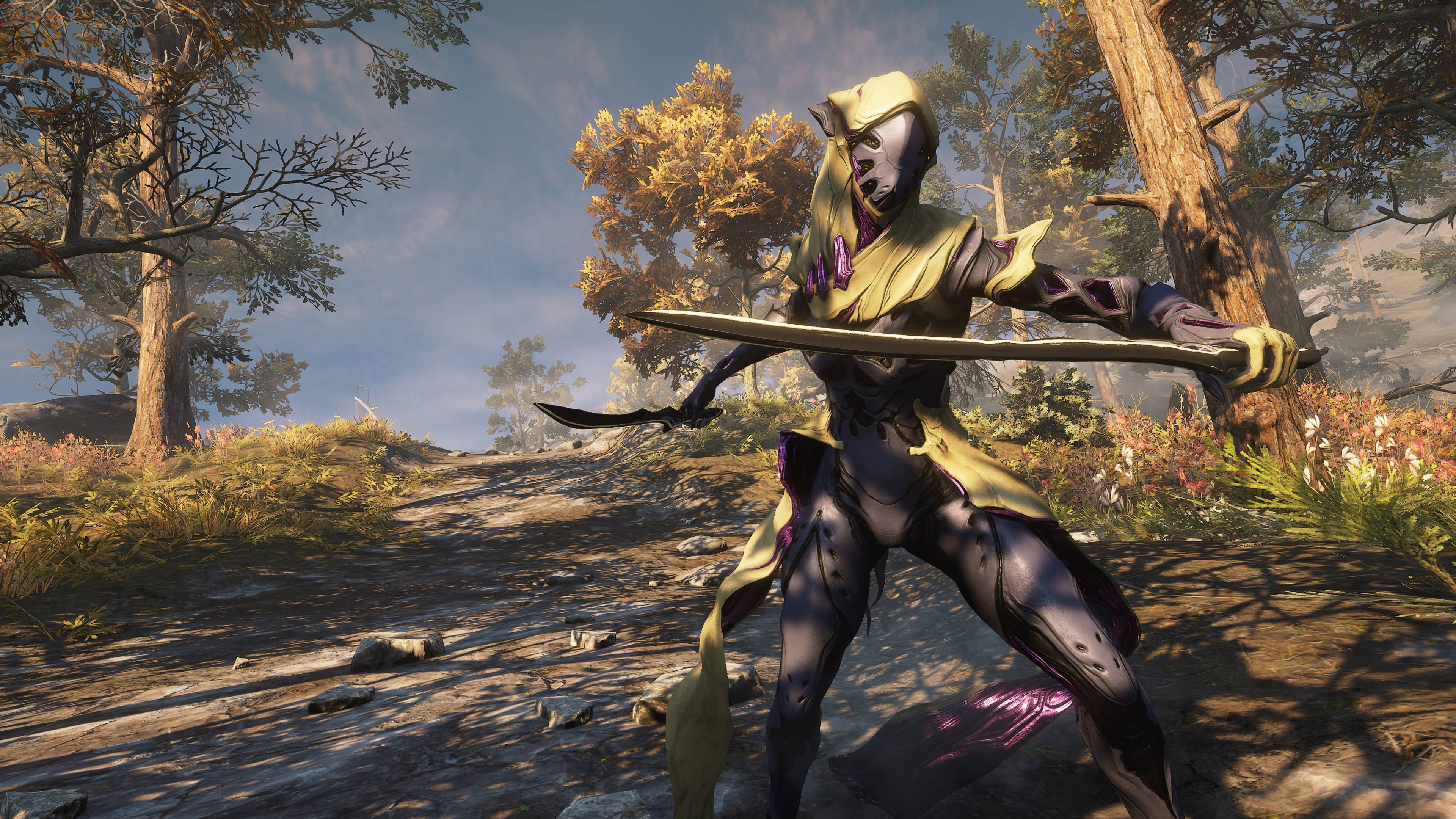 There’s no better place to see the stunning differences than on the Plains, the Orb Vallis or the Cambion Drift. The way light from the sun casts long shadows from the trees, the way foliage creates dynamic shadows as you stalk through it, or in the reflections on your Warframe as you stroll through the market square of Cetus.

On next-gen hardware, Warframe will look and play better than ever. Running at up to 4k resolution and 60 FPS means no detail will escape your eye as you dive into your next Mission. 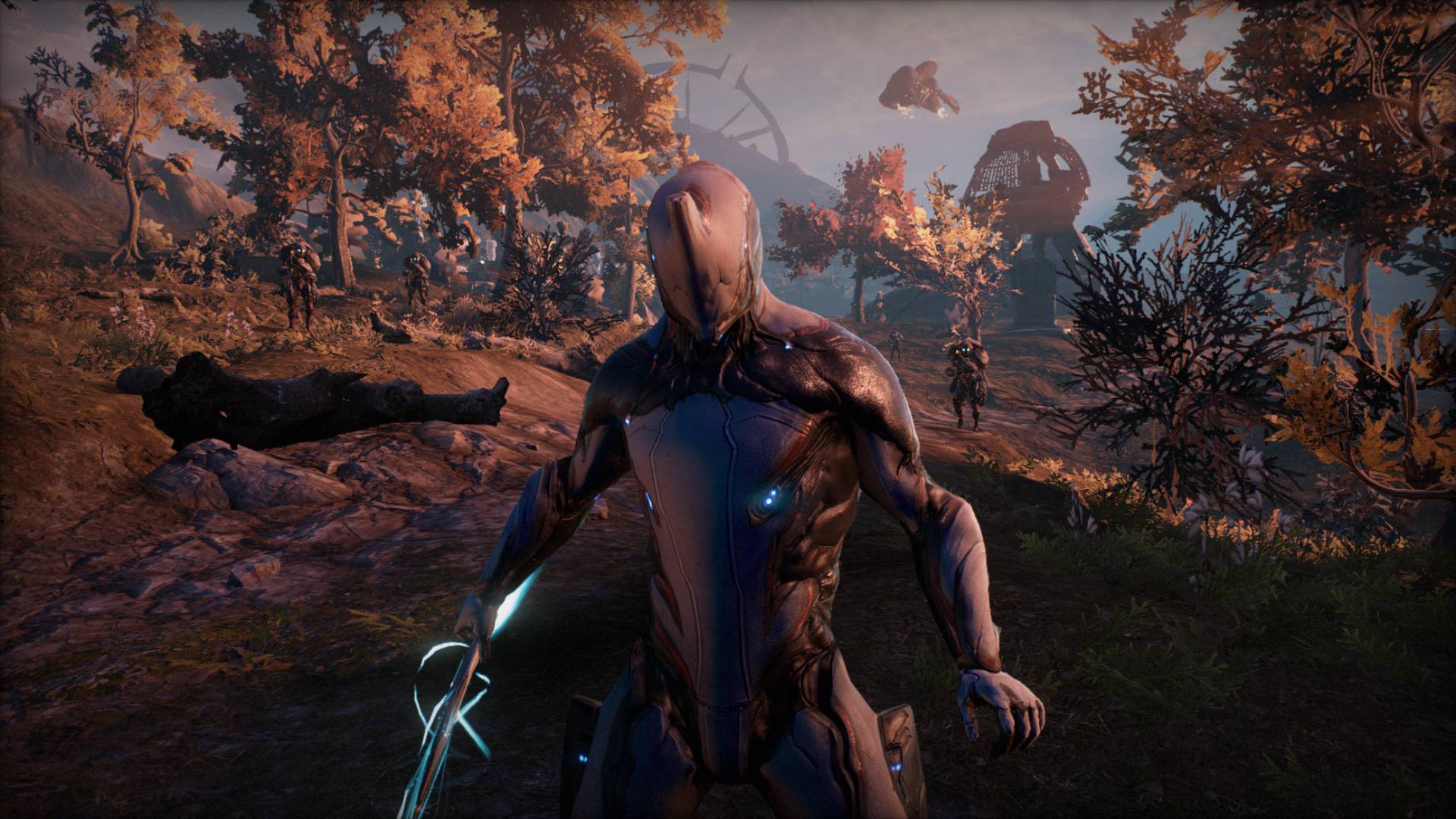 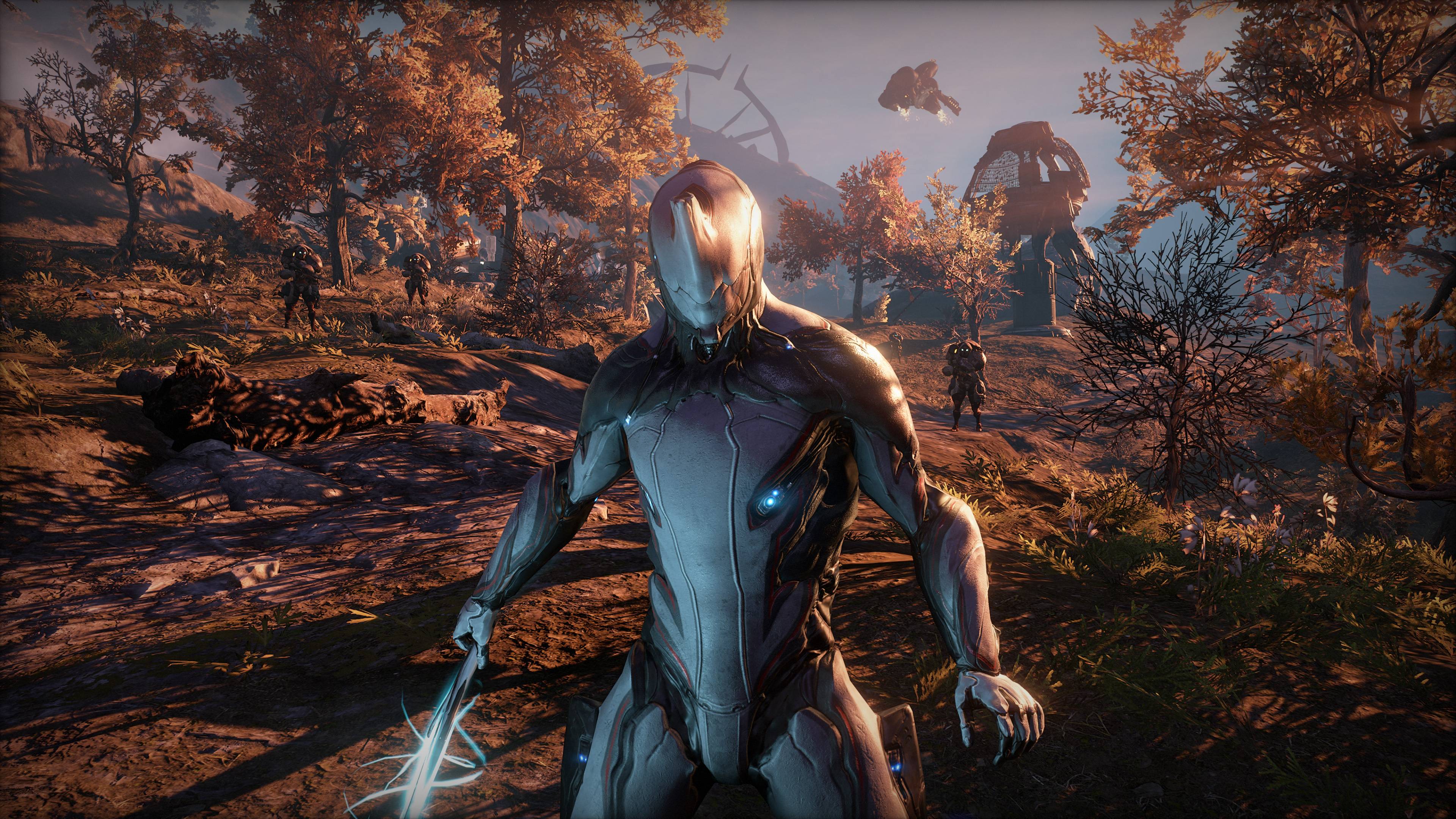 You can also expect improved loading times across the entire game, thanks to the next generation solid-state drive! Not only will you be able to step into your next adventure faster than ever before, but you’ll notice improved texture quality across the entire Origin System.
Plus, the addition of the new Adaptive Triggers feature on the DualSense controller will make each melee Weapon swing or trigger pull feel more impactful.

This is just the beginning, Tenno. There’s plenty in store for the future as we take full advantage of the technology these new consoles offer! 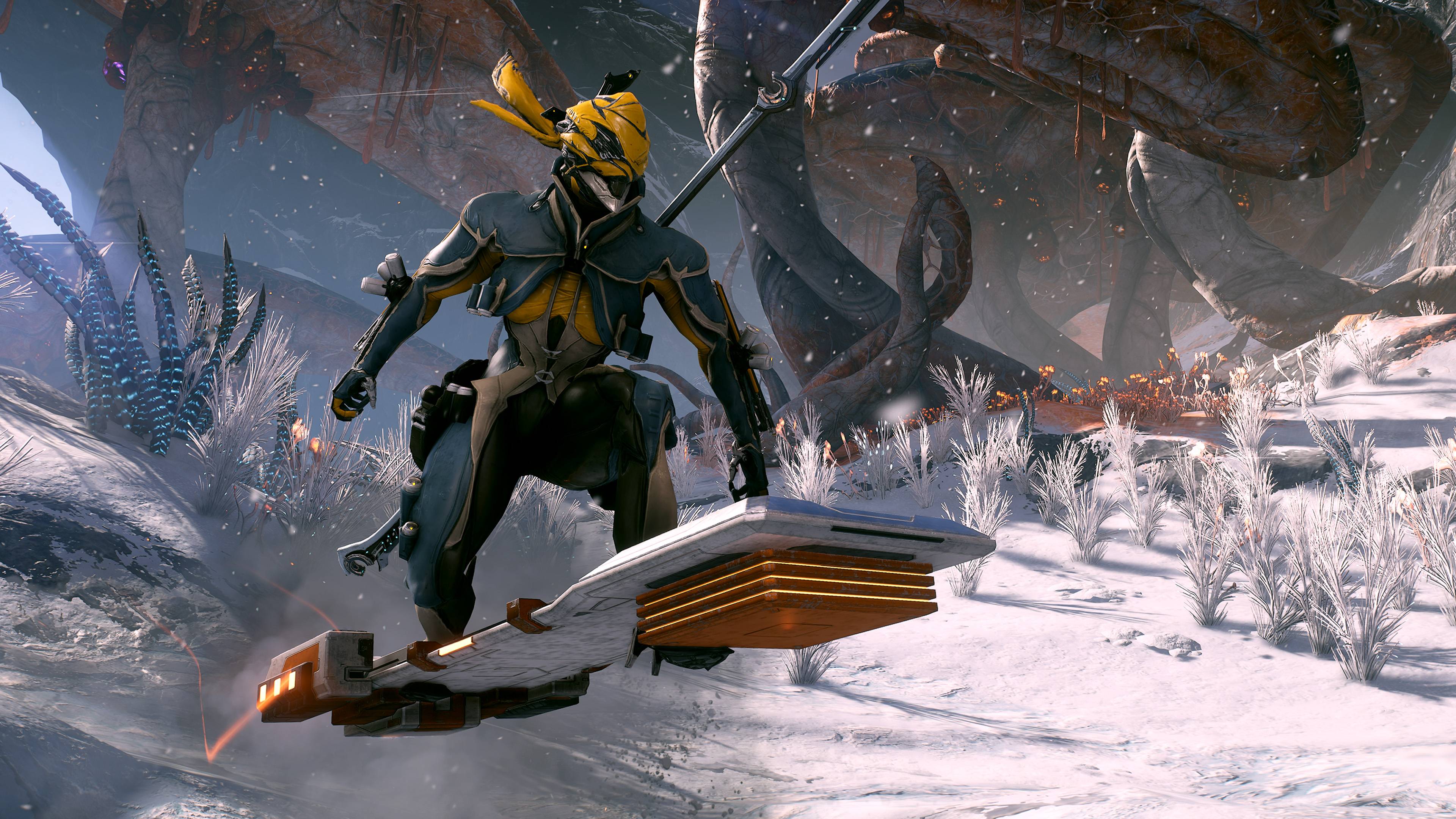 You’ve joined us for seven incredible years on PS4, and now the journey continues with PlayStation 5! All players can take part in the celebration by logging into Warframe between November 11 at 2 p.m. ET and December 2 at 2 p.m. ET to receive the Paracesis Obsidian Skin, Obsidian Monast Sugatra, a fully-built Forma and a 3-Day Resource Booster!

Complete limited-time Anniversary Alerts to receive more great Rewards, like Noggles and Weapon Skins! You’ll also be able to get the Azura Excalibur Glyph and the PSIV Color Palette in the in-game Market for 1 Credit each.

Celebrate the next generation of gaming with the PlayStation Plus Booster Pack V, available November 5 at 2 p.m. ET on PS4 and free for PlayStation Plus members! This pack features everything you need to kickstart your journey, including a PS5-themed Obsidian Sedai Syandana; a 7-Day Affinity Booster; a 7-Day Credit Booster; 100,000 Credits; and 100 Platinum.

Note: The Platinum included in this pack is non-tradeable. 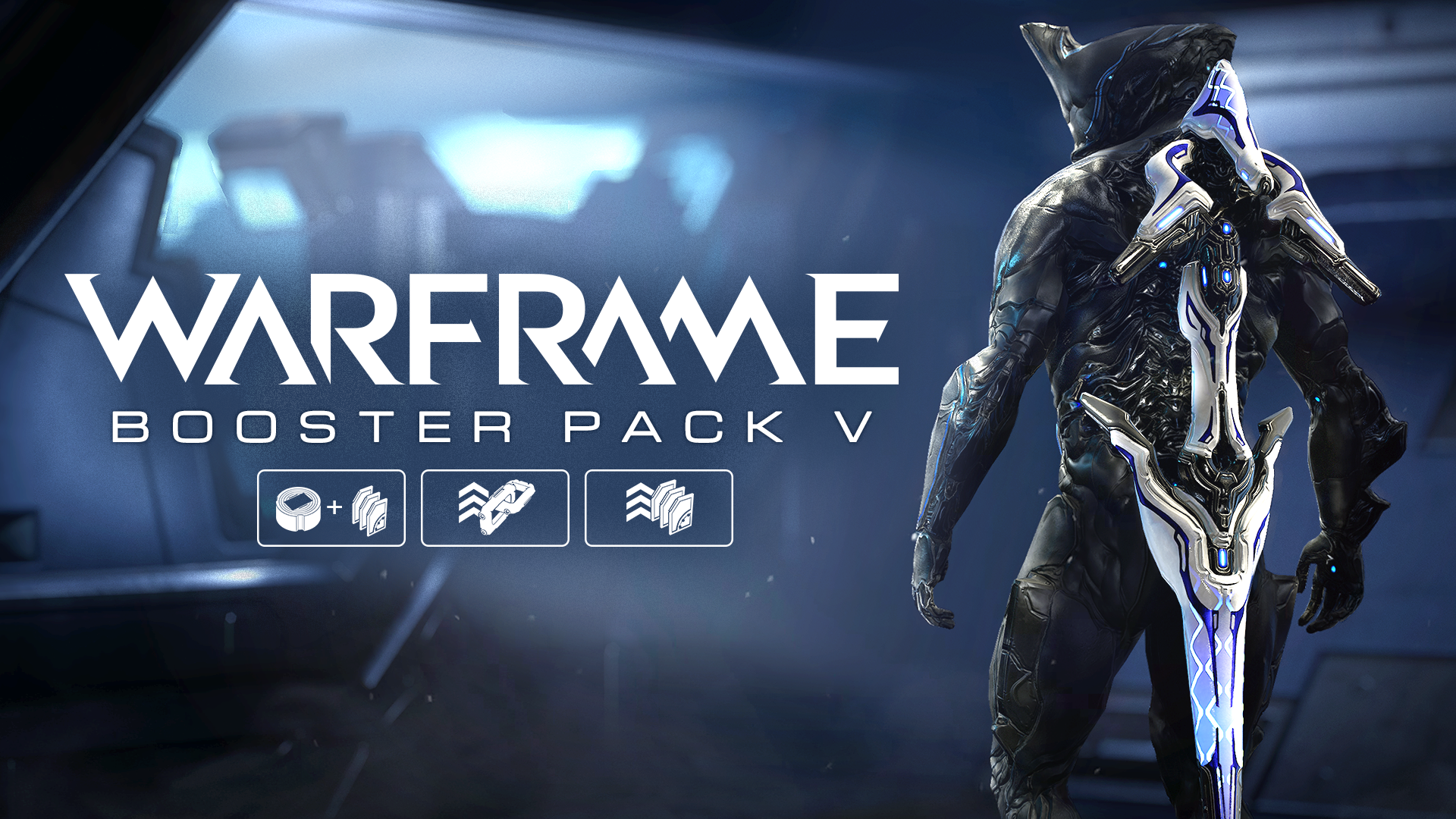 We’re excited to take this journey into the future, and can’t wait for you to experience it for yourselves, Tenno.

Can PS4 and PS5 Players play together?
Yes! If you upgrade to PlayStation 5, you’ll still be able to play with your Squad on PlayStation 4.

Will next-gen have cross-save?
There will be cross-save only between PS4 and PS5.

When will Warframe launch on next-gen?
Warframe is launching on PlayStation 5 this year! If you’re a Tenno on Xbox, stay tuned for more information in the near future.

Will Warframe support Adaptive Triggers on the Dualsense Controller?
Yes! Haptic feedback will be tied to firing your Weapons. An “Enable Controller Trigger Effect” option will be available in settings should you wish to disable this feature.

Will PS4 trophies transfer to PS5?
While your progress will transfer over to PS5, your trophies will not, which means that you will have to re-unlock trophies as you play. Cumulative trophies (like “Shield Saver - Deflect 1000 Bullets with Melee Weapons”) will transfer over at 99% completion. However, single-action trophies earned from activities like completing Quests, will have to be redone by replaying the Quest from the Codex.

Will the upcoming 7 Year Warframe PS4 Anniversary also be celebrated on PS5?
Yes! Everything coming for the 7 year Anniversary on PlayStation will also be available on the PS5. Stay tuned for more information when the Anniversary goes live!