Sign Up
Warframe: Empyrean Full Reveal
Catch up on TennoLive’s signature reveal, plus The New War, Duviri and more!

Ready your crew, Tenno. Warframe is flying into deep space.

Enlist a four-player crew to hijack, scavenge and sabotage across the Origin System. Contact ground teams for support, steal enemy ships, explore ancient ruins, assassinate kingpins and get rewarded for your missions into deep space.

• Dynamic Situations: During your missions, you’ll need to take into account additional hazards to complete your mission successfully. The TennoLive demo showed off Void Storms that can disable equipment, boarding parties that can breach your Railjack and an Infested ambush deep within an ancient Orokin ruin.

• Signal the Squad Link: Transcend beyond your solo objective and tap into a larger mission by reaching out to other squads of Tenno using the Squad Link. In multi-objective missions from space, players can call up active players on Orb Vallis or Plains of Eidolon (or vice versa) to help the bigger cause -- lower enemy ship shields, steal valuable data, and more, as the New War looms.

• Customize and Upgrade Everything: The Drydock is your Railjack’s personal space hangar. Upgrade your battleship’s Equipment, Cosmetic, and Reinforcements with weapons such as the Auto-Cannon, Pulse Laser, Homing Missile Launcher, EMP Stun weapons, and Decoy Countermeasures. Boost your Shields, Engine, Hull and Stealth using resources found during your voyages. Beautify it all by customizing aesthetics from primary, secondary and tertiary colors and accents. And of course, christen your ship with a custom name emblazoned on the Railjack’s hull.

• Kingpin System: Enemies have started to adapt to Tenno lethality, and from it, kingpins will emerge. More information coming soon.

WIN* A TRIP TO SPACE

Become the first real Space Ninja. Play now to win $250,000 towards a trip to space!

It’s time to grow up, Tenno.

Warframe’s next open world is now in development.

When the Sentients attack, we must rise together. Or lose everything.

The New War, Warframe’s next cinematic quest, is coming Holiday 2019.

Nightwave: Series 2 is out now on all platforms! Meet the Emissary and earn an epic suite of Warframe rewards, including: 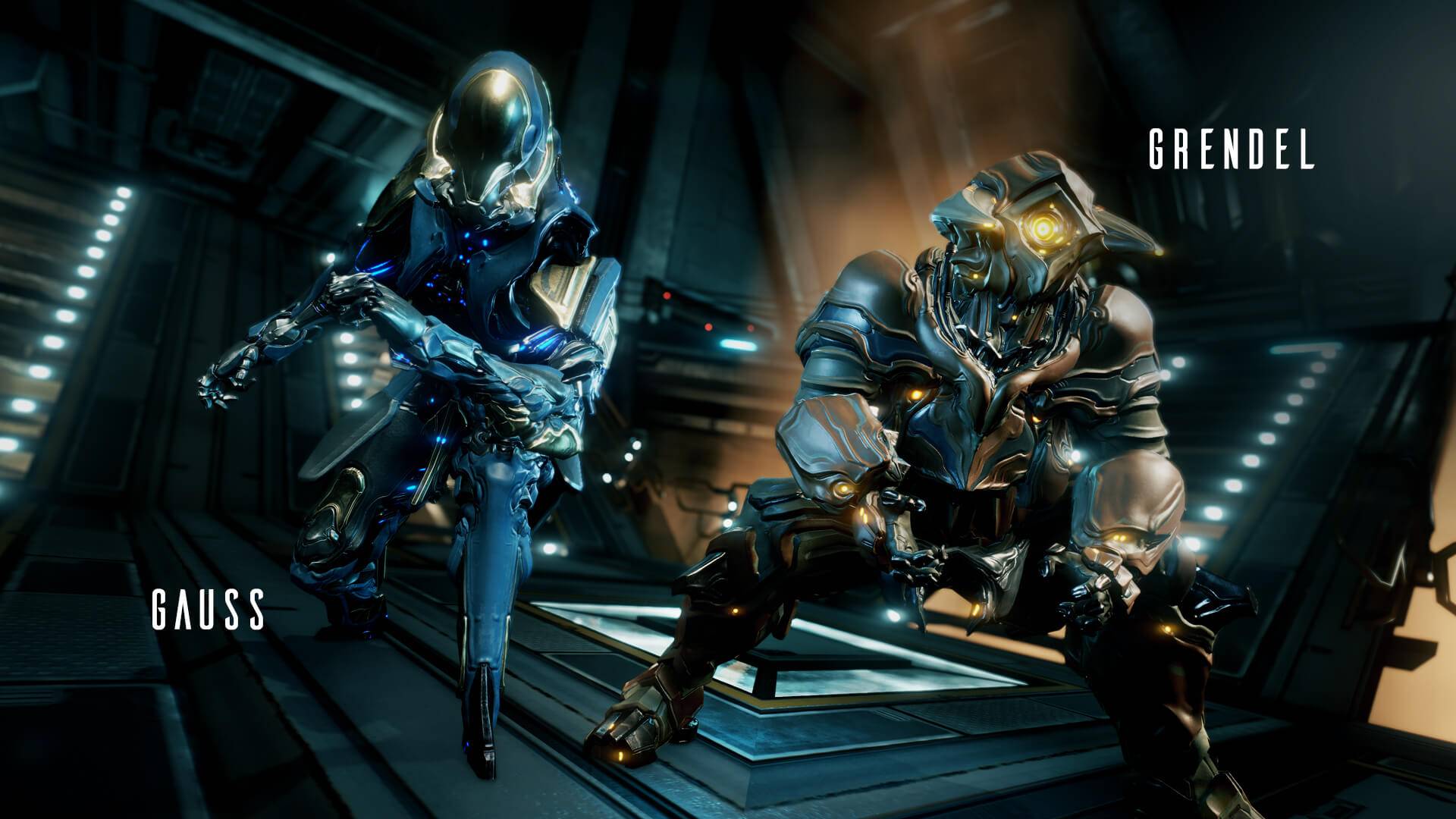 Shown off in action during the Empyrean reveal, the next two Warframes are the turbo-charged Gauss and the eternally insatiable Grendel! Stay tuned for a full reveal of their abilities and release dates.