Sign Up
Nightwave Series 2: The Emissary
Ends October 13 on all platforms! 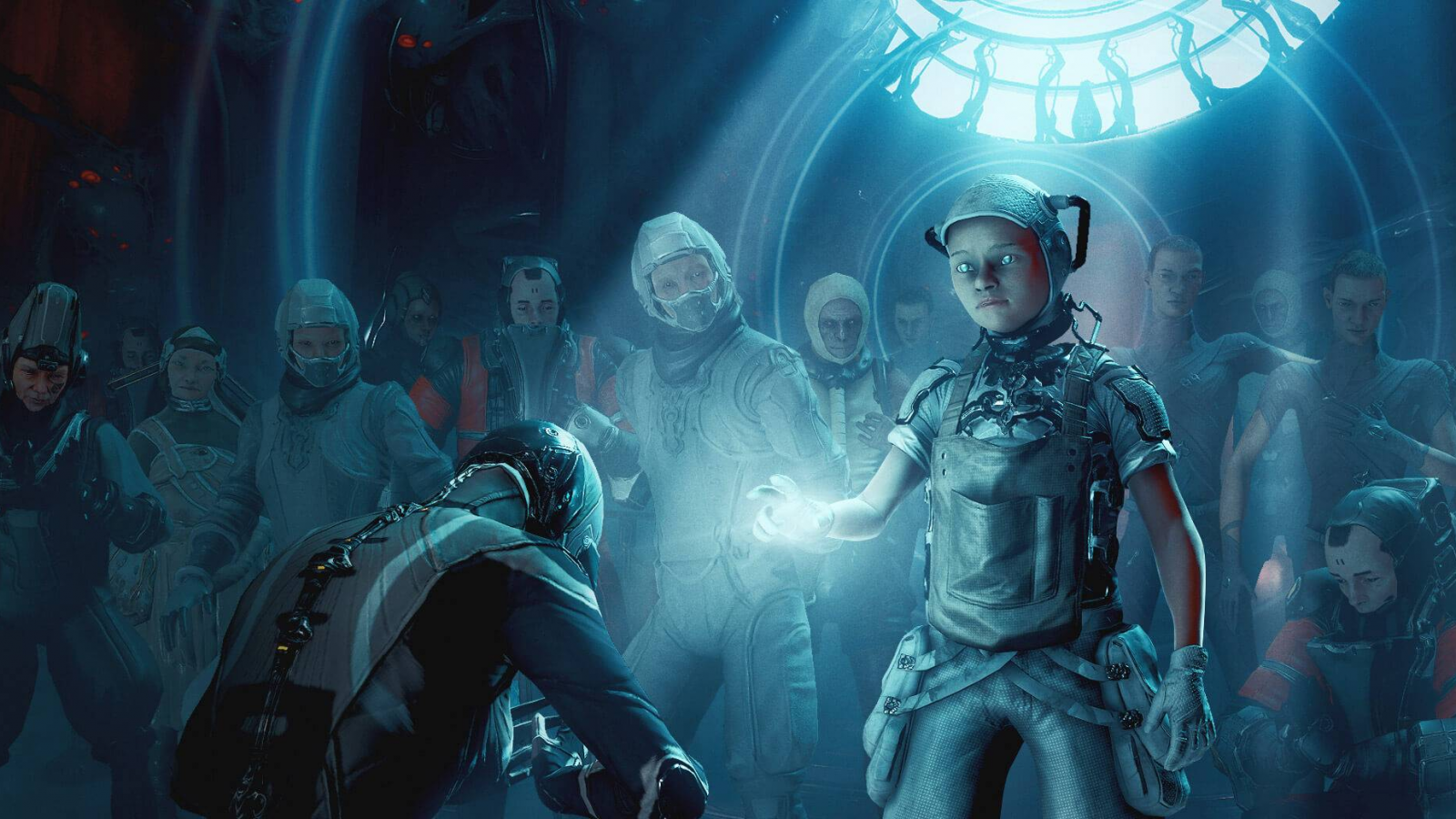 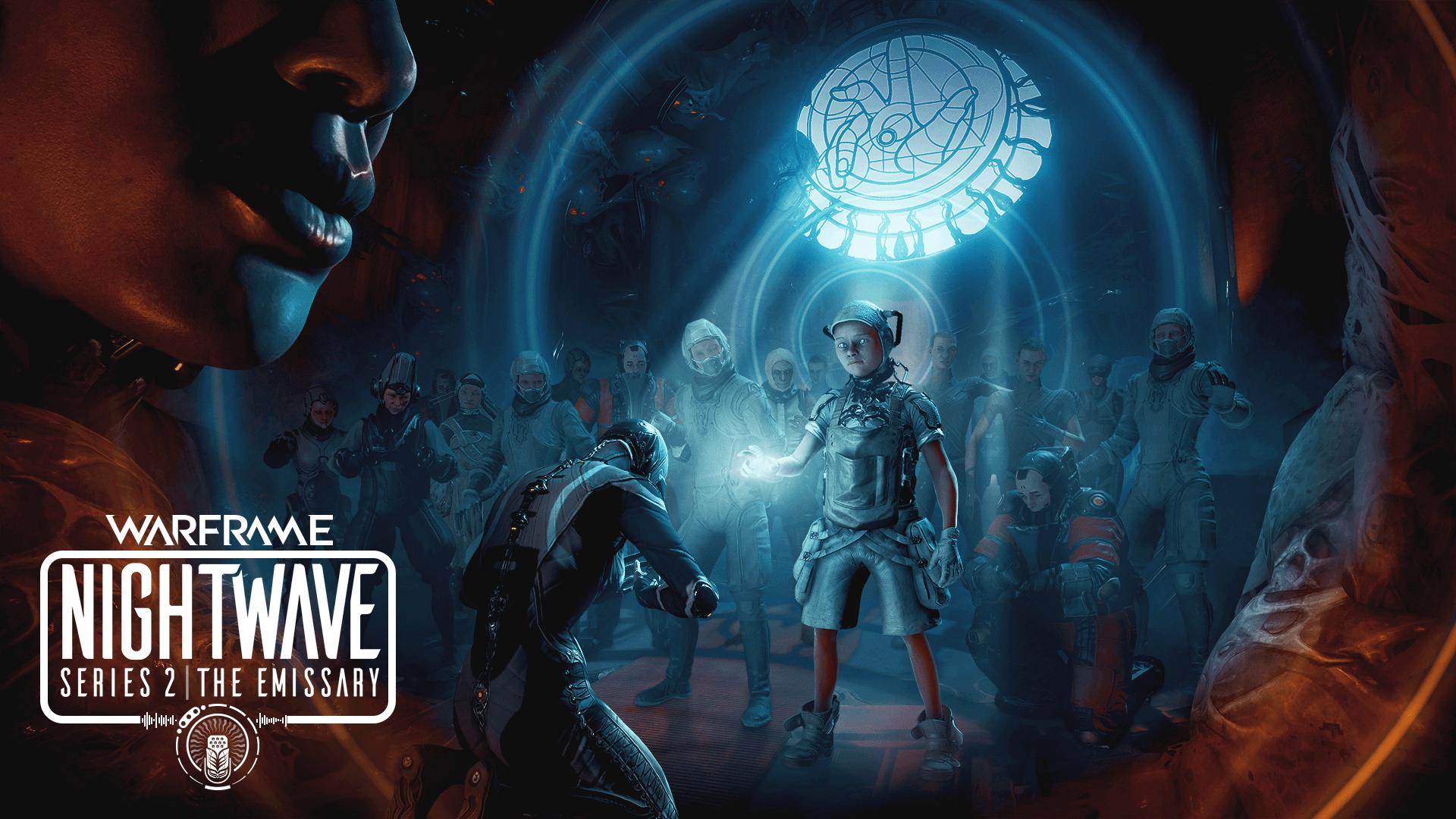 Within our darkest recesses, there lives a beacon of hope.

Some call him a gift. Others a miracle. He emerged from that vile plague of horrors not just unsullied, but immaculate. In his blood, he bears the power to heal the sick, to revive the fallen, to cure the Grineer of their rot and disease.

This is his story.

Nora Night’s next broadcast follows the remarkable tale of Arlo. As the story unfolds, you’ll learn more about Arlo and his mission to soothe our deepest wounds.

Series 2 brings a brand-new set of Infested-themed rewards to earn! Rise through all 30 Tiers to unlock these limited-time rewards before the Series is over. 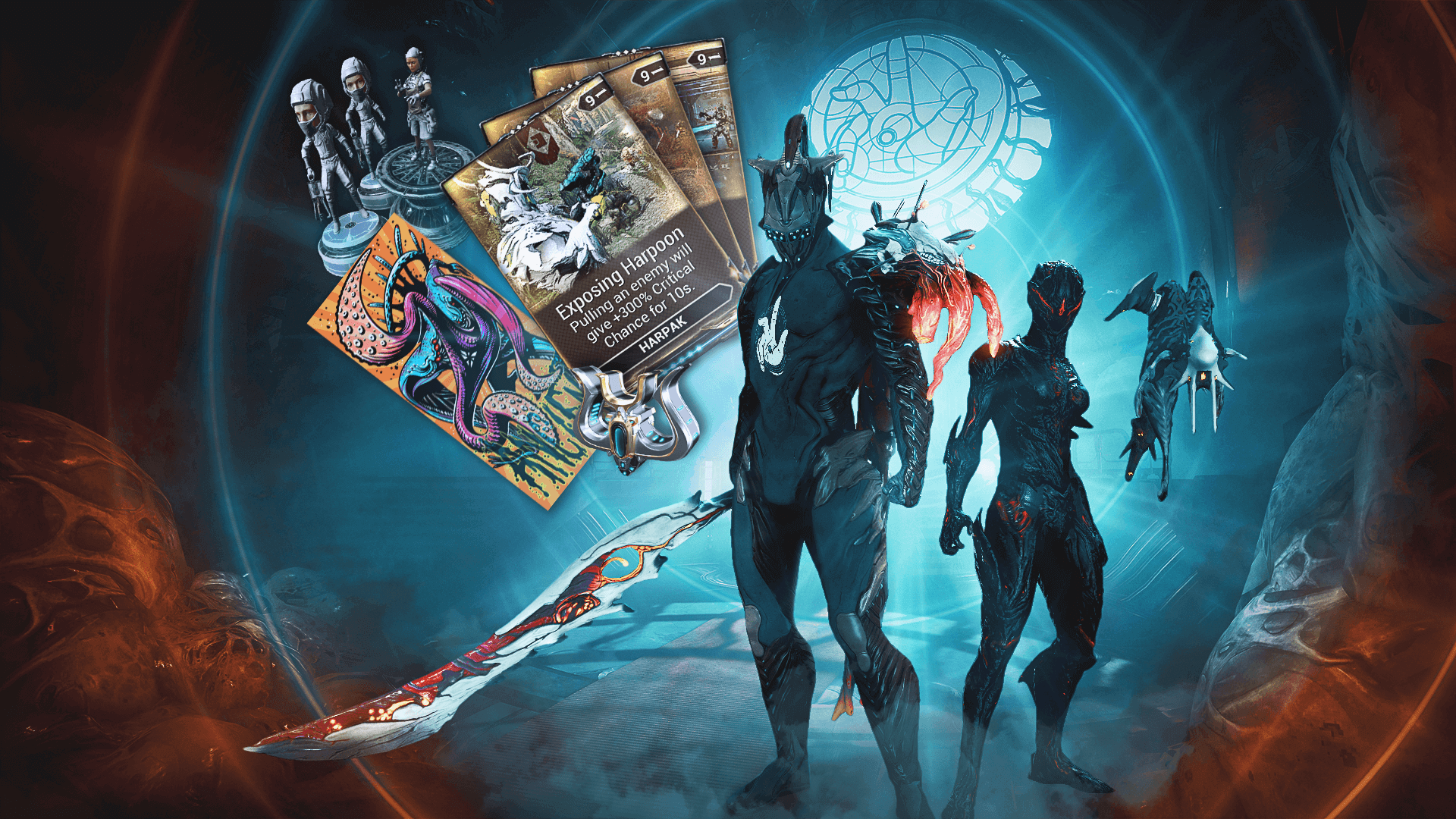 Log in and earn unique rewards like:
• Emissary Operator Collection (Tier 30): Become like Arlo's devoted with this Operator cosmetics collection.
• Chitoid Sentinel Bundle (Tier 29): Give any Sentinel a flair of Infestation with this pack.
• Protosomid Shoulder Guard (Tier 28): Loathsome tendrils squirm from these hefty shoulder guards.
• Umbra Forma (Tier 26): Apply the Umbra polarity to any Warframe or Weapon.
• Spore Ephemera (Tier 19): Leave a trail of filth with every footstep.
• And so much more!

Earn Emissary Creds throughout Series 2 to spend on Nora's Offerings. After you reach Tier 30, prestige back through the Series to earn even more Creds to spend at her shop!

Visit the Nightwave Cred Offerings to acquire the Rewards you want the most, including Nitain Extract, Weapon and Helmet Blueprints, Catalysts, Reactors and rare Aura Mods. Missed out on hunting the Wolf in Series 1? Purchase a Wolf Beacon from Nora with your Emissary Creds! Creds must be redeemed before the Series is over or sold for credits, so use them before the frequency is lost.

Based on your feedback, Nightwave Series 2 introduces a suite of changes to reduce the time and tension of earning rewards.

• Playing Catch-Up! - We added a way for you to play acts from previous weeks in case you missed them!

• De-grindification! - Less Weekly and Elite Weekly acts, but still giving the same amount of Standing as you would get from Series 1! In addition, we are looking to front-load Nightwave Creds as an earlier reward for participating in the Series!

• Act Changes! - We have lowered the Time and Wave requirements for some Endless Mission Acts, as well as lowering the cost of Ayatan Statues (this was implemented during Series 1). In addition, we have also removed the ‘with friends’ requirements from all of our Nightwave Acts!

• New Acts! - Including the most important one... petting your Kubrow or Kavat. We also included some Acts for Kuva missions, Transmuting Mods and K-Drive Races!

What is Nightwave?
Ongoing pirate radio broadcast hosted by Nora Night, the eyes and ears of the Origin System. Each Nightwave Series will unfold over several weeks and tells a brand-new story. Completing daily and weekly challenges - called Acts - will unlock limited-time, exclusive rewards!

How do I earn Nightwave rewards?
In each Nightwave Series, you’ll earn standing with Nora by completing Acts to rise through the Reward Tiers. Unlock power items, exclusive cosmetics or currency called Emissary Creds with each new Tier reached. Make sure to complete all 30 Tiers before the Series is over to earn all the rewards!

How long will Series 2 run?
Nightwave Series 2 will last about 10 weeks -- we don't have an exact end date, so this may shift. Each new Series starts fresh for all players, which means your Emissary Creds and Nightwave Standing will expire at the end of the series. Spend them before they disappear!

What are Episodes? When will new Episodes come out?
Episodes are introduced throughout the course of a Nightwave Series that move the story along and may include in-game changes (i.e. more enemies, stronger enemies).