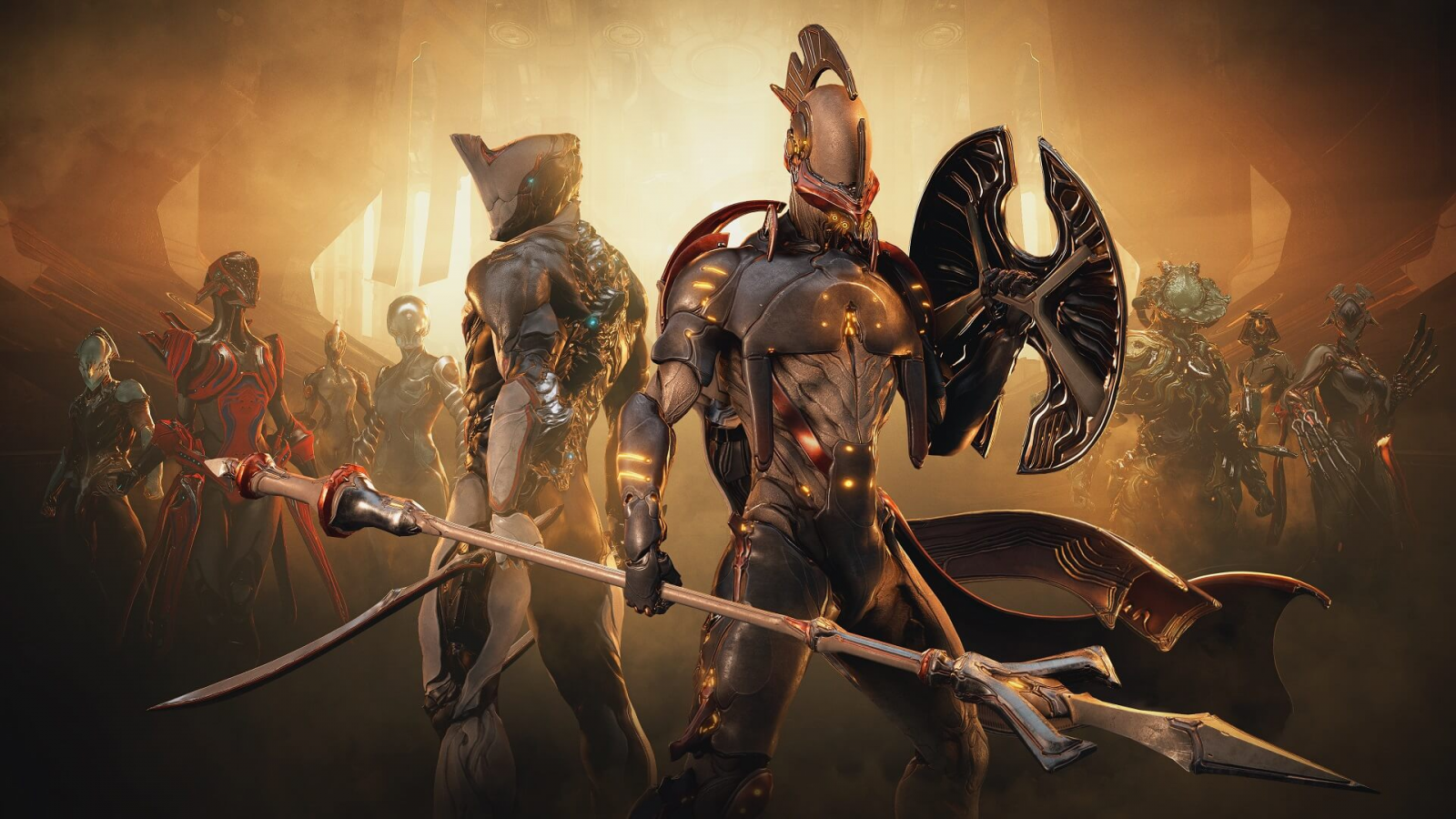 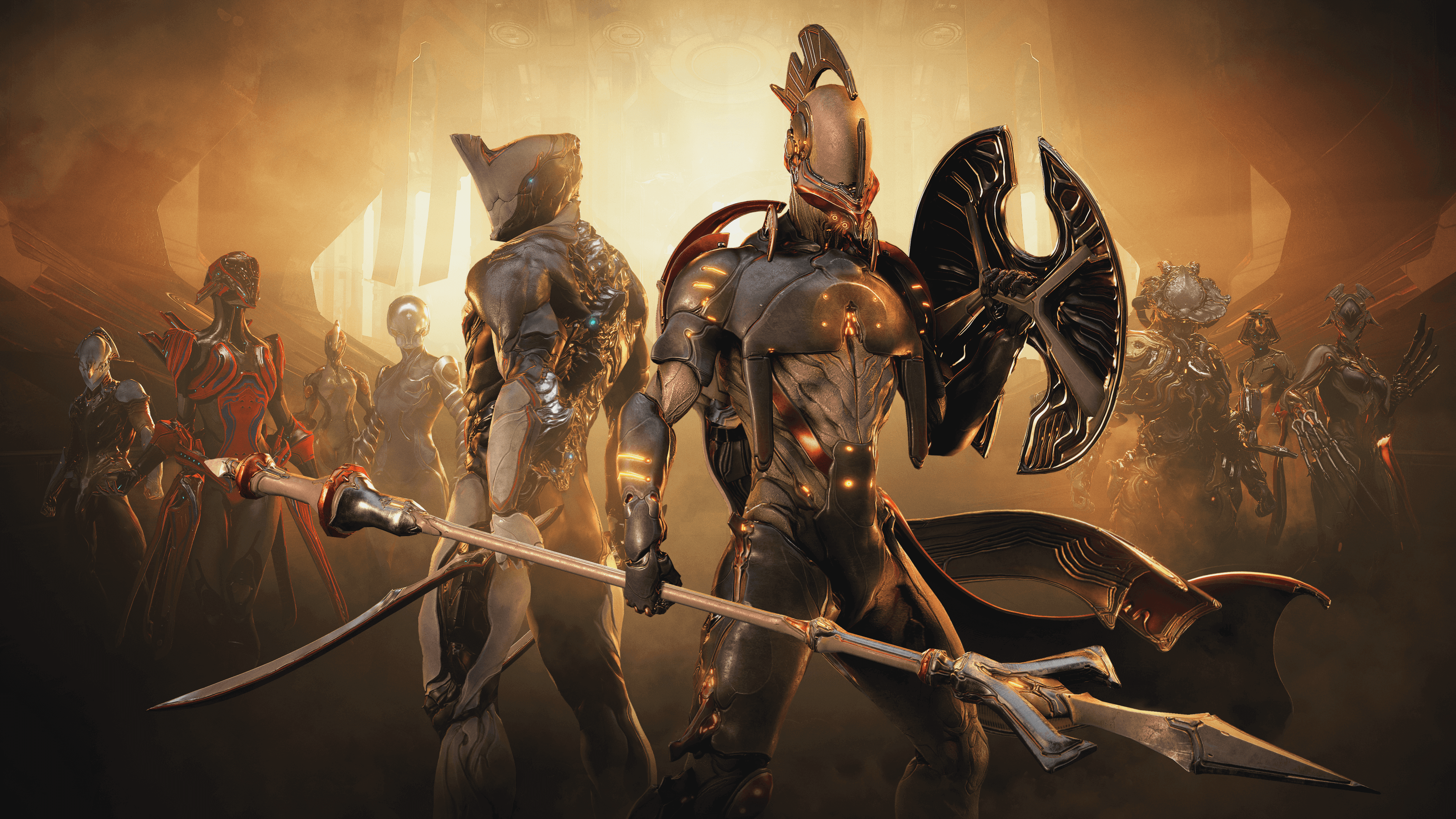 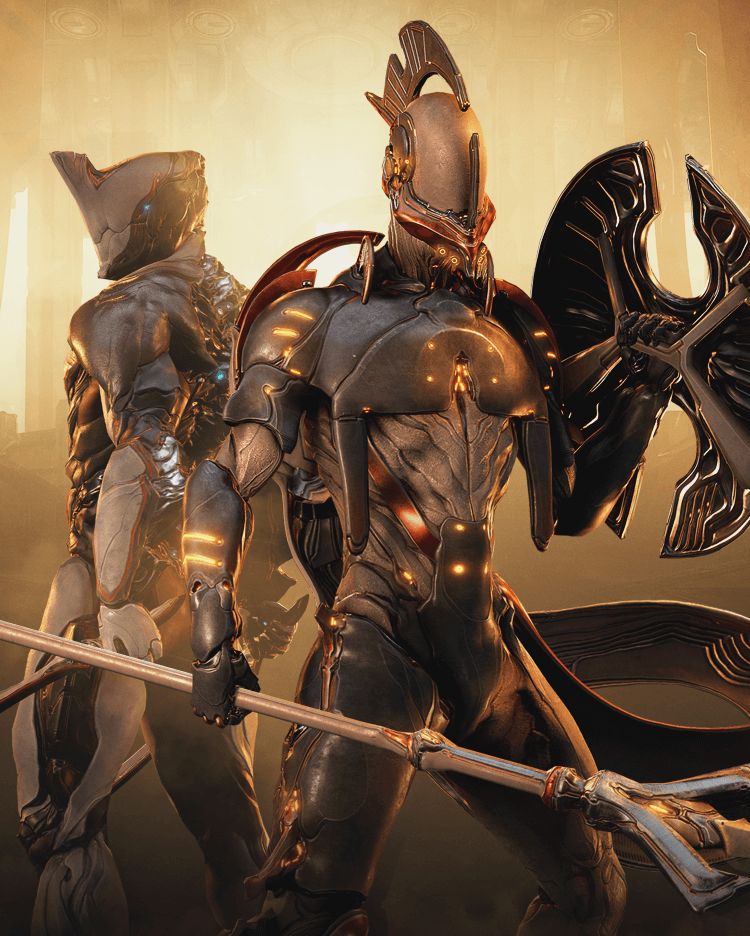 Available now on all platforms

The Return of Kahl-175 and the 50th Warframe debut

The Styanax Giveaway is ending soon! Add the valiant 50th Warframe to your Arsenal free before September 22!
Veilbreaker brings more opportunities to be the savior of the Origin System as the legendary Grineer hero from The New War, Kahl-175, returns in this explosive Update and Quest, live now on all platforms.

Alongside Veilbreaker comes Styanax, the 50th Warframe—a mythic warrior of shield and spear. In celebration of this huge milestone in the growth of Warframe’s roster, you will get Styanax free for a limited time just by logging in before September 21!

In Veilbreaker’s new single-player Quest, battle your way through an onslaught of Sentient enemies with Kahl’s iconic armaments. Then experience all-new weekly Missions in upcoming Garrison Assignments that will create opportunities to upgrade and customize Kahl to become an unstoppable Grineer hero. Return to your chosen Warframe to face off against the unbridled wrath of Archons with your Squad in all-new Archon Hunts! To survive these deadly new bosses, you’ll need all the power you can get. Fortunately, you can instantly wield the might of Styanax just by logging in at launch.

In addition to claiming Styanax for free by logging in before September 22, you can also customize your Warframe with a set of heroically fashionable Accessories! 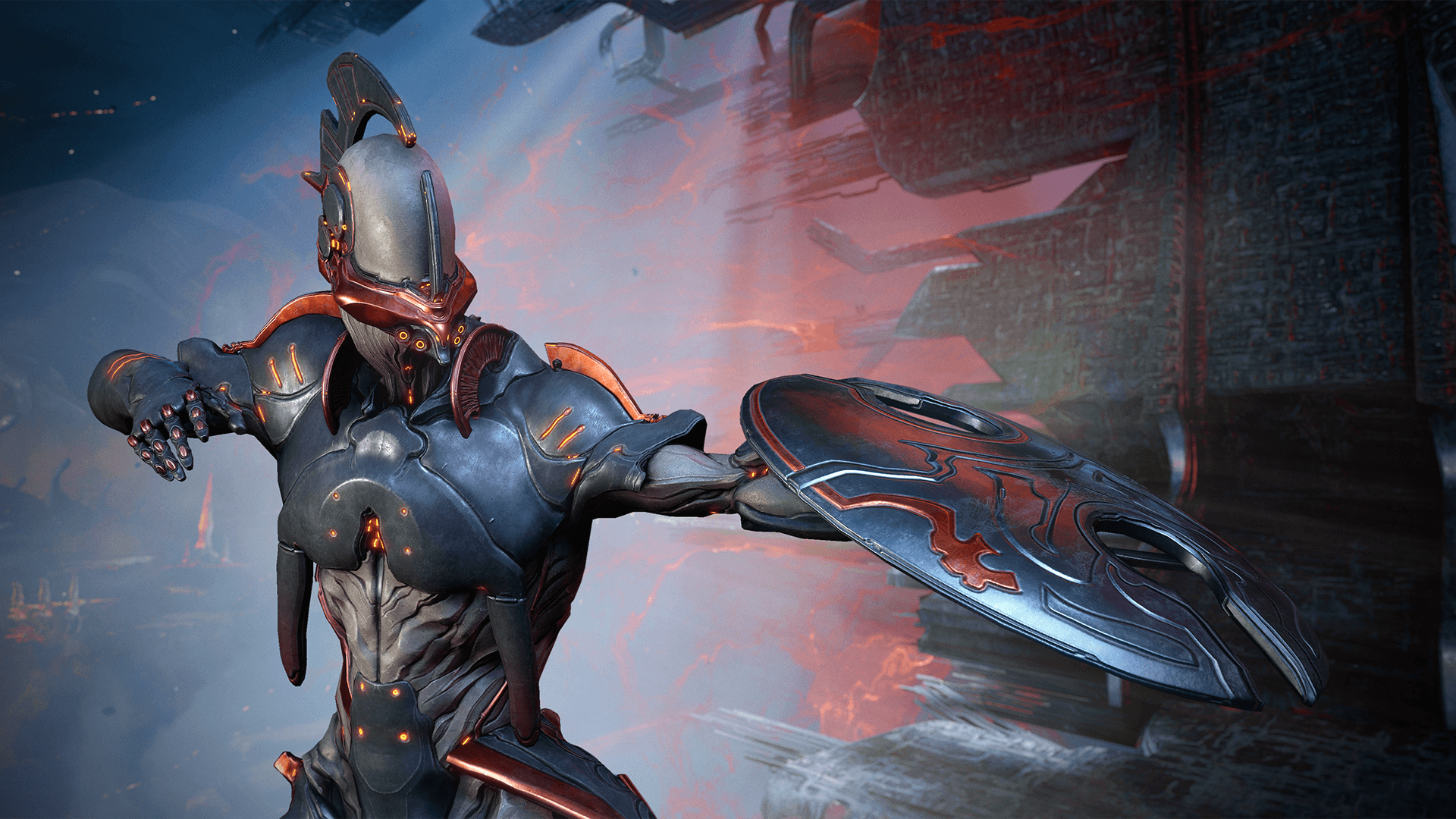 Plus, you can add Styanax’s signature Speargun, the Afentis, to your Arsenal by purchasing it for Platinum in the in-game Market. 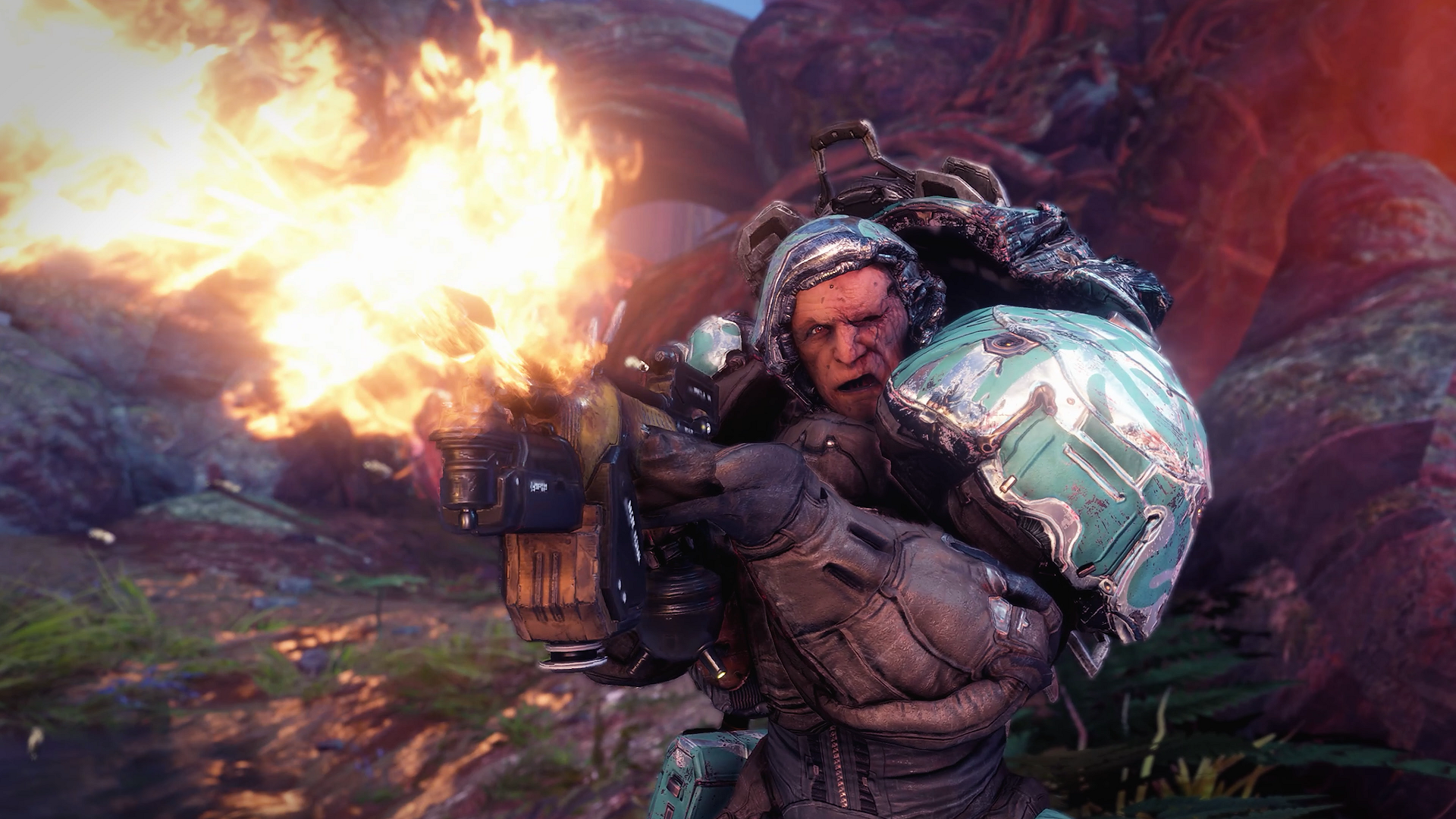 Next week, after you have completed the Veilbreaker Quest, you’ll gain access to Kahl’s Garrison, a new Syndicate arriving with Veilbreaker.

You can find Kahl’s Garrison at the Drifter Camp, where you can earn Customizations for Kahl and much more. Earning Stock and ranking up in Kahl’s Garrison will reward you with more options!

In the coming weeks, you’ll be able to return to Kahl-175 after completing the Veilbreaker Quest via new weekly Missions in which you’ll continue to liberate your brothers and fight against Narmer. Complete these Missions to earn additional Stock for Kahl’s Garrison.

Stay tuned for more information on when you can access Kahl’s weekly Missions. 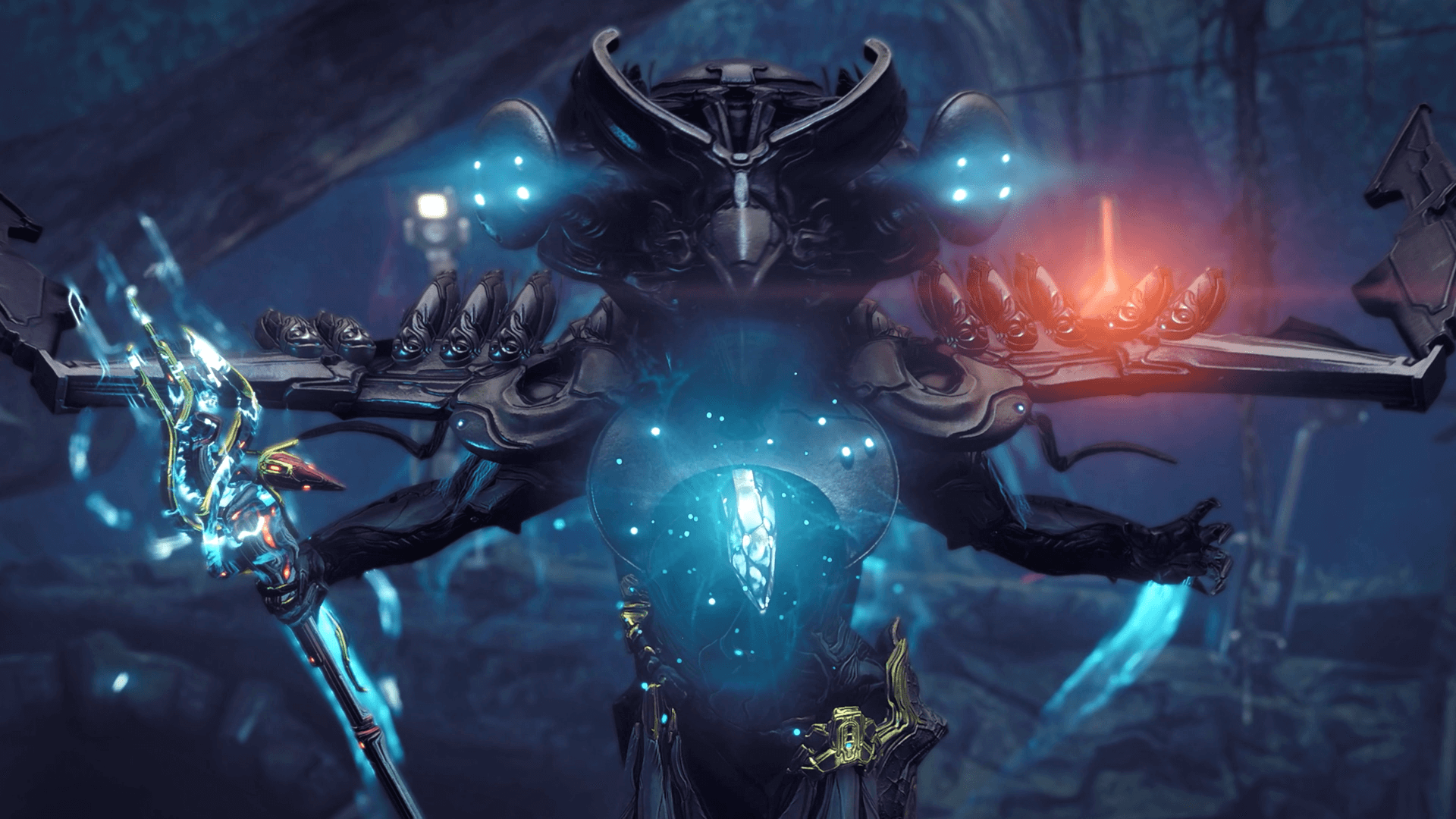 Kahl needs your help to take down the Archons, Tenno! Starting September 7, the location of an Archon will be revealed to you each week. Hunt the toughest enemies Narmer can muster in a series of three challenging Missions with modifiers to put your loadouts and skills to the test.

Complete all three missions of an Archon Hunt and you’ll be rewarded with an Archon Shard! Each Archon gives a different Shard (Azure, Crimson, or Amber) and each Shard has a chance to be Tauforged, granting it extra power.

Use the Helminth aboard your Orbiter to install Archon Shards into your Warframe and grant permanent stat upgrades depending on the type of Shard used. Azure Shards grant defensive stats, while Crimson gives offensive stats and Amber will give your Warframes additional utility. Each Warframe has 5 Archon Shard slots for you to experiment with and find the combination that best fits your playstyle! 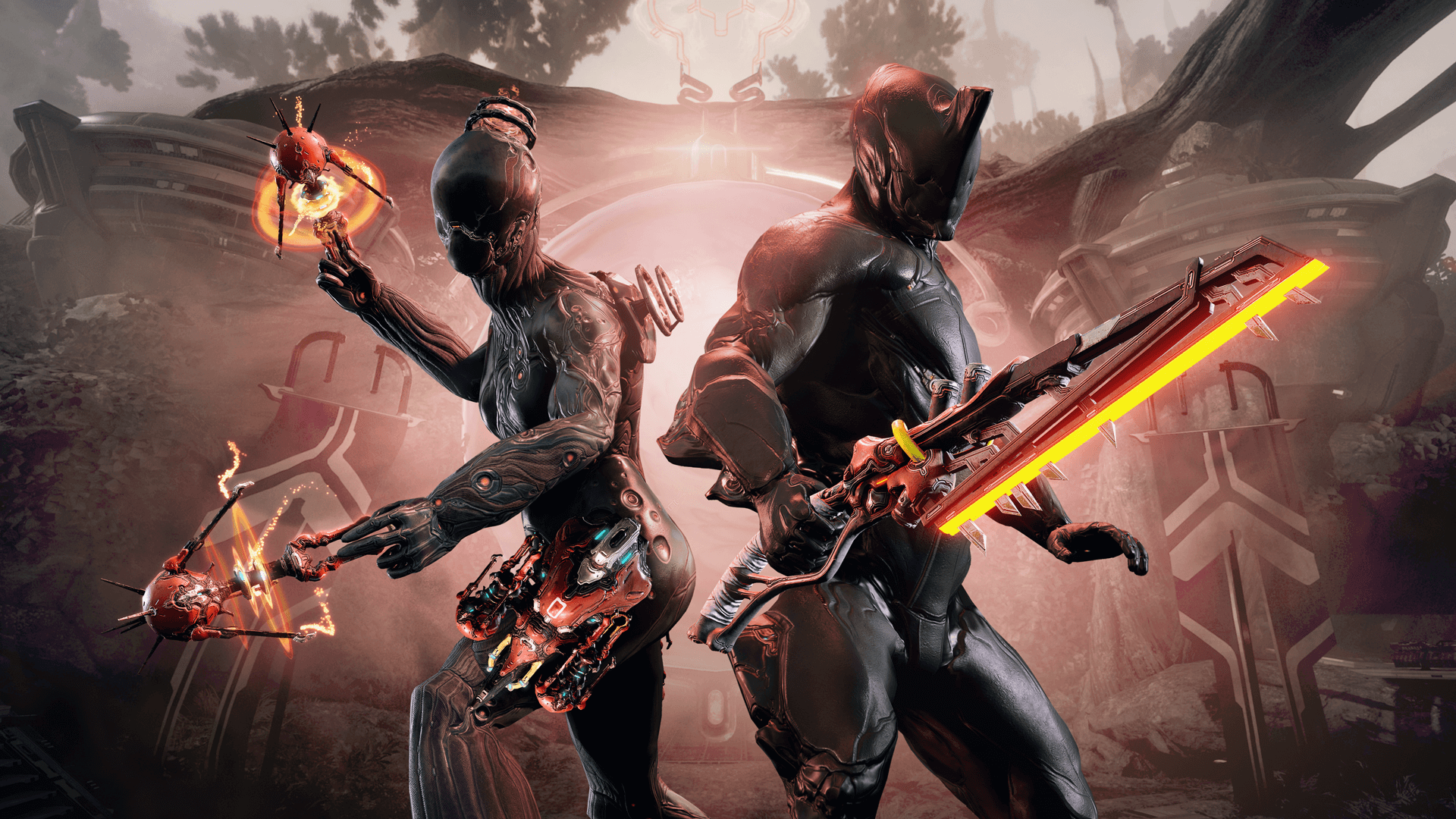 Stand by your brothers in arms and defend the defenseless with the items in this pack.

This pack may only be purchased once per account and is available for a limited time.

Not only will Veilbreaker bring even more ways to be a hero, but it also includes a multitude of Quality of Life improvements including essential Warframe reworks of abilities and mechanics on Excalibur, Volt, Mag and more. Additionally we have been making Ammo, Armor, Riven Collection and Syndicate Pledge improvements, along with even more Warframe Augment Buffs! There are plenty more QoL changes being introduced to Veilbreaker, so stay tuned to all of our channels to learn more. 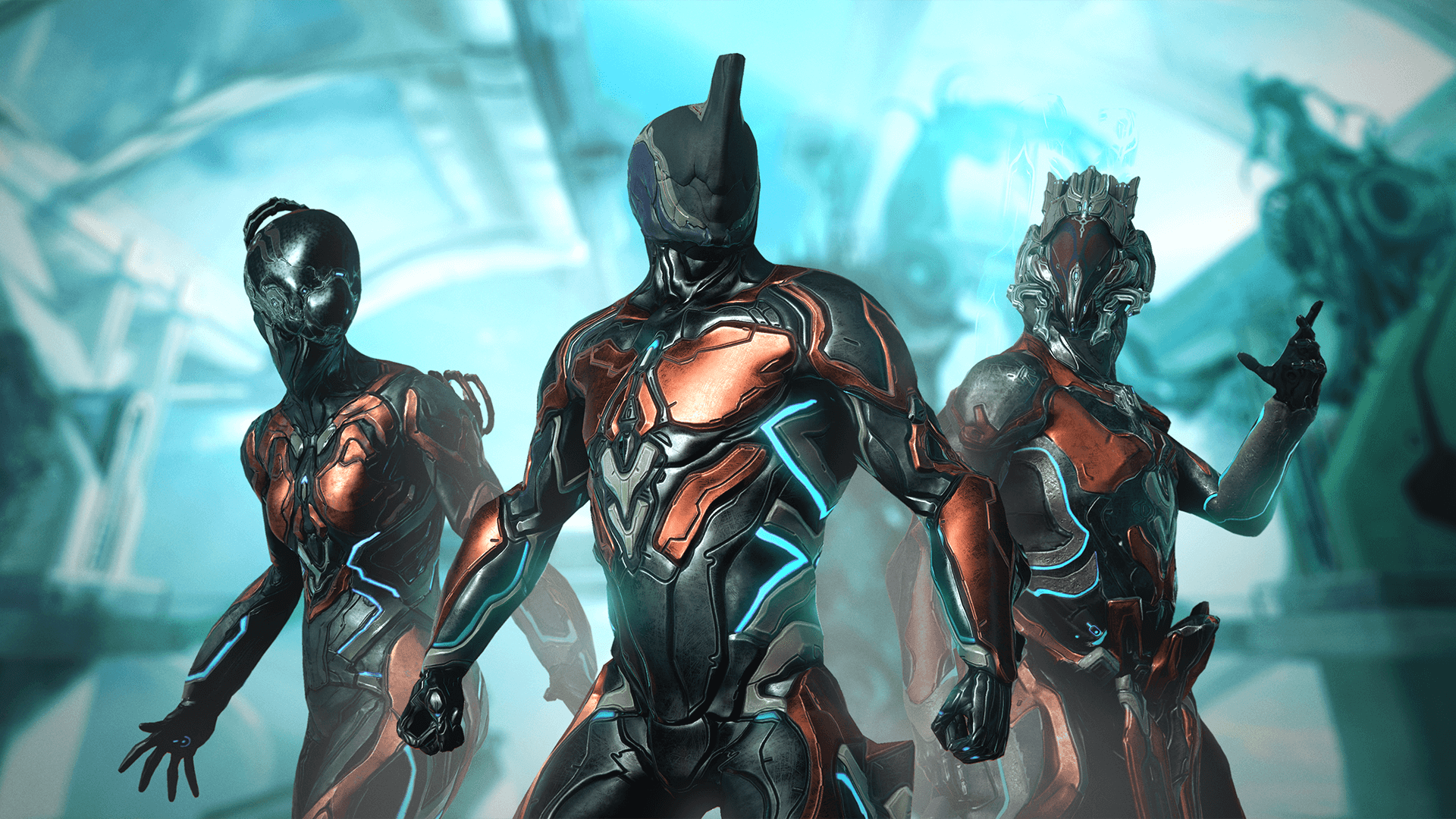 Introduced in Angels of the Zariman, Voidshell Skins open up a world of new Customization options by letting Tenno also change the texture and material type of their favorite Warframes, and more are coming with Veilbreaker! Encapsulate the power of the Void and don these brand-new morphing materials on Excalibur, Wukong, Nova, and Styanax!

The deadly, gadget-wielding Protea gets the Deluxe treatment in Veilbreaker with the bold Protea Caladrius Collection. This all-new collection includes the Protea Caladrius Skin – inspired by the caladrius bird of Roman mythology, the Daecret Tonkor Skin, Monitivus Thrown Weapon Skin, and the Ascension Speargun Skin. Get ready to dominate the battlefield in this unique alternative look for Protea! 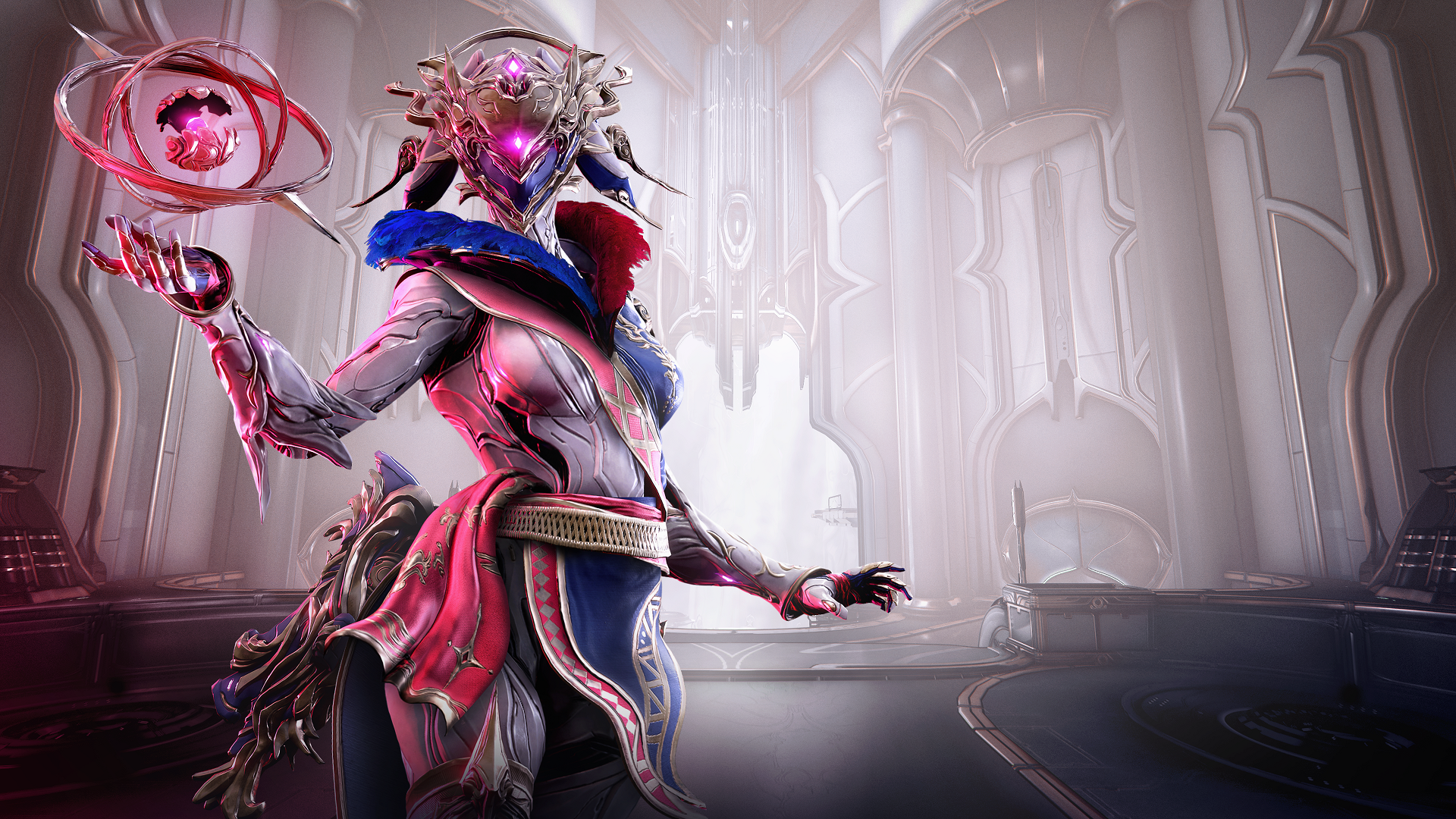 Recently we released some jaw-dropping community-made designs in TennoGen Round 22: Part 1. Coming to Veilbreaker is Part 2. Players can look forward to all-new unique designs of Warframe Skins, Helmets, Armor, Weapon Skins and more from the talented Warframe community! You can check out what was released in Part 1 here.

Prepare for the new fight. Veilbreaker is available now!