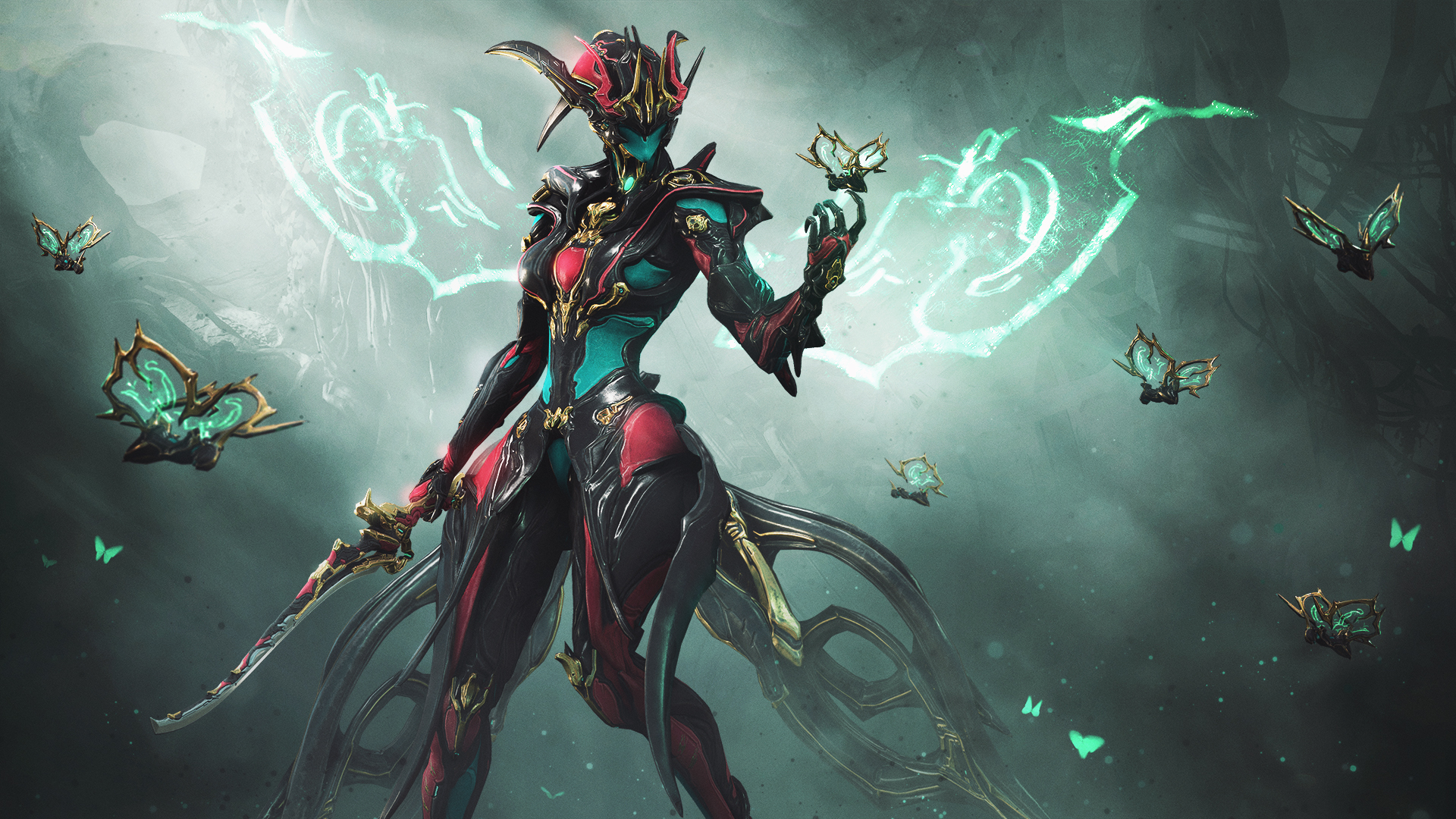 If you tuned into TennoLive on Twitch on July 16 during TennoCon, then there’s a good chance you’ve got a shiny new Titania Prime sitting in your Arsenal and ready for action. Whether you’ve already experienced Titania in her original form, or are taking flight with her Razorwing for the very first time, a well thought-out build will help you get the most from her diverse suite of Abilities.

Although she is known for her diminutive stature, don’t let her size fool you. What Titania lacks in physicality she makes up for with crowd control, survivability, damage output and more.

Check out the guides outlined below for some build inspiration! Titania’s versatility means you can mod her in a variety of ways depending on your playstyle.

Grind Hard Squad’s Infinity Titania Build pushes her potential to the max (as the name suggests), thanks largely to the Boreal Mod Set.

Grind Hard Squad lays it all out plainly: the idea is to turn Titania into an absolute damage-absorbing tank, then Mod for infinite energy and health regeneration. After that, adding ammo efficiency to her Exalted Dex Pixia allows for an unending torrent of bullets. The result is, in the words of Grind Hard Squad, “pretty wicked.”

To begin, you’ll want to slap on Boreal’s Hatred and Boreal’s Anguish, as well as Adaptation and Aviator, in order to increase damage reduction. Umbral Intensify and Umbral Vitality will add extra health and power strength, while Hunter Adrenaline and Primed Flow will add additional Energy to help sustain Titania’s indispensable Abilities. Add Sevagoth’s Gloom for health regeneration, and be sure to equip a Polearm for your Melee so you can add the final Boreal Mod to it (Boreal’s Contempt) for even more damage reduction.

In terms of the aforementioned Dex Pixia pistols, you’ll want to utilize Arcanes Pistoleer and Velocity, which add ammo efficiency from headshots and fire rate from critical hits, respectively. Note that the Dex Pixia is NOT an Area-of-Effect (AOE) weapon, and will require expert aiming to land headshots so you can kill enemies with limitless bullets.

The result is virtually unlimited health and energy regeneration, unlimited ammo from your Dex Pixia, and nearly unlimited damage reduction from the full Boreal Mod Set. This build should be more than adequate for most Missions, and even suitable for The Steel Path.

Brozime’s “Firefly Titania” build emphasizes speed over anything else, and is great for getting in and out of Missions quickly. In fact, Brozime cautions that Titania can be made so fast that she becomes downright uncontrollable (so keep a steady hand).

To begin, you’ll want to add Gauss’ Thermal Sunder Ability, with the intention of mainly using the Heat version - hence the “fire” in Firefly. Next, add Preparation so you begin each Mission with maximum Energy, and then include an Augment called Razorwing Blitz so you can “blitz” each Mission with increased flight speed and fire rate.

How you flesh out the rest of the build is less important. Brozime opts for Loot Detector as the Aura Mod to increase the chance of scoring valuable Rewards, and also adds Primed Sure Footed as it prevents Titania from bonking into walls while zipping around in Razorwing (although you could just keep your Spellbind Ability up to achieve the same effect). But the choice is ultimately up to you.

This is a relatively easy build to achieve, and doesn’t require much Forma. If you’re looking for a good all-around Titania build, this is it.

What sets L1fewater’s build apart from the rest is that he deliberately “clips” Titania’s wings for a grounded build with high range and duration, replacing Razorwing with Khora’s Ensnare. Doing this enables you to:

1. Use Ensnare to group together a large number of enemies.
2. Cast Lantern on an enemy in the middle of this group, drawing others in.
3. Cast Spellbind to ragdoll and disarm all foes before annihilation.

The result is unparalleled crowd control, as your tangled mess of enemies will be exquisitely vulnerable to any kind of damage you can think of, including AOE (Area of Effect) weapons, Melee weapons, or even a Squadmate’s Warframe Ability.

In terms of Mods, L1fewater prefers to focus on strength (Umbral Intensify), range (Auger Reach and Stretch) and duration (Auger Message and Primed Continuity). With this setup, Ensnare snatches up as many enemies as possible, while Spellbind incapacitates them for a good 20 seconds or so. The additional range also benefits Lantern, as it will draw in any additional stragglers.

The extra strength is purely for an Augment called Spellbound Harvest, which grants additional Energy for hitting four or more enemies with Spellbind (which is easy, since you’re already grouping them en masse with Ensnare). And you’ll want to cast Spellbind as often as possible, since doing so grants 100% Status Immunity to your Squadmates.

The guides above offer a great starting point for Modding your Titania Prime, but they’re hardly exhaustive. Experiment to find your own unique build, or check out the wider Warframe community for additional build suggestions and ideas.

Do you have any tips or tricks of your own for Titania Prime? Join the wider conversation on Twitter, Instagram, and Facebook as well as our Official Forums.