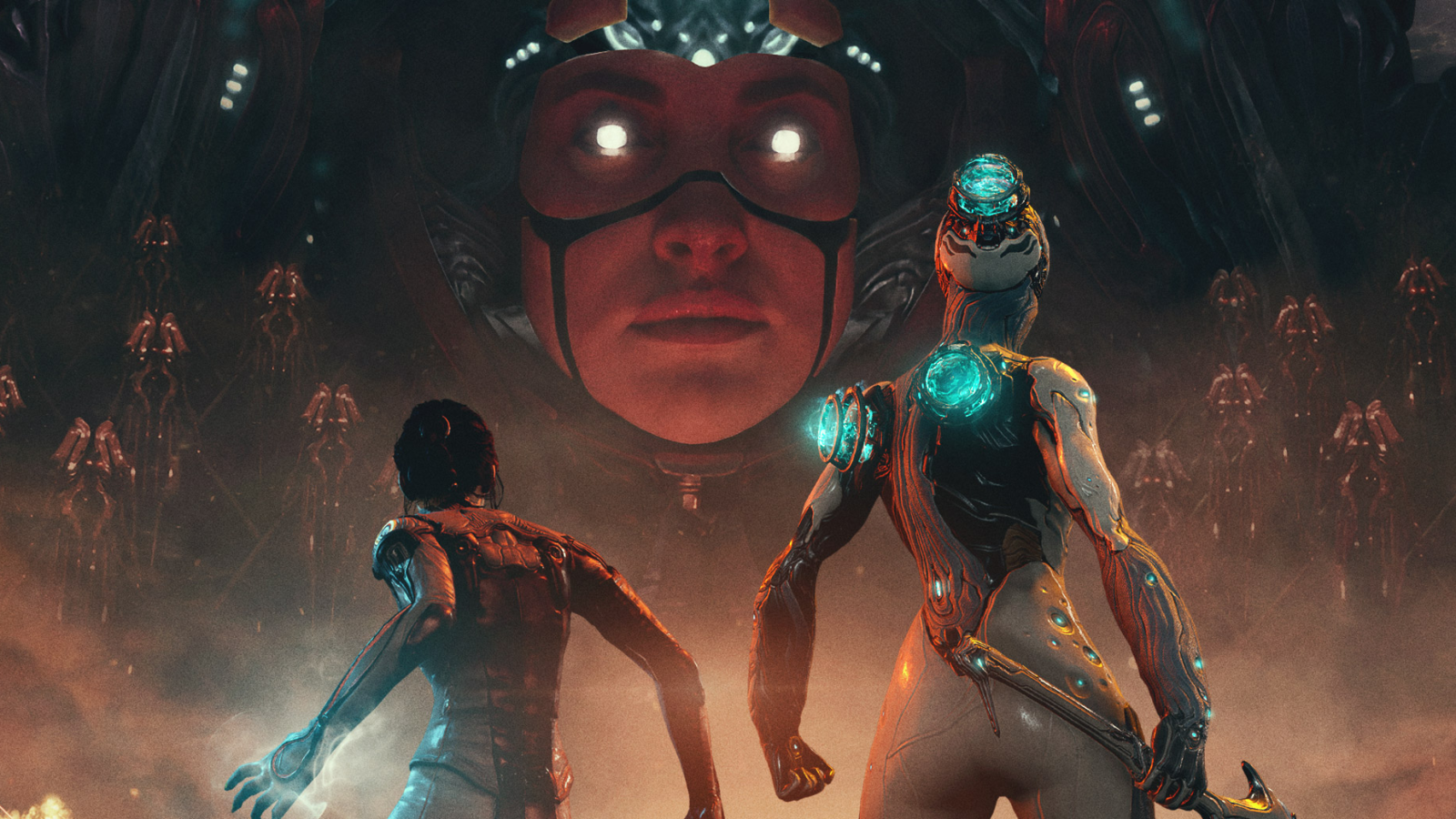 The New War, Warframe’s largest cinematic expansion yet, is live now! Fight on the frontlines in every corner of the Origin System as you experience a thrilling story of exploration, and discover your power within.

Several new playable characters, a new Warframe, new Arsenal reinforcements and much more await you in an all-out-war. 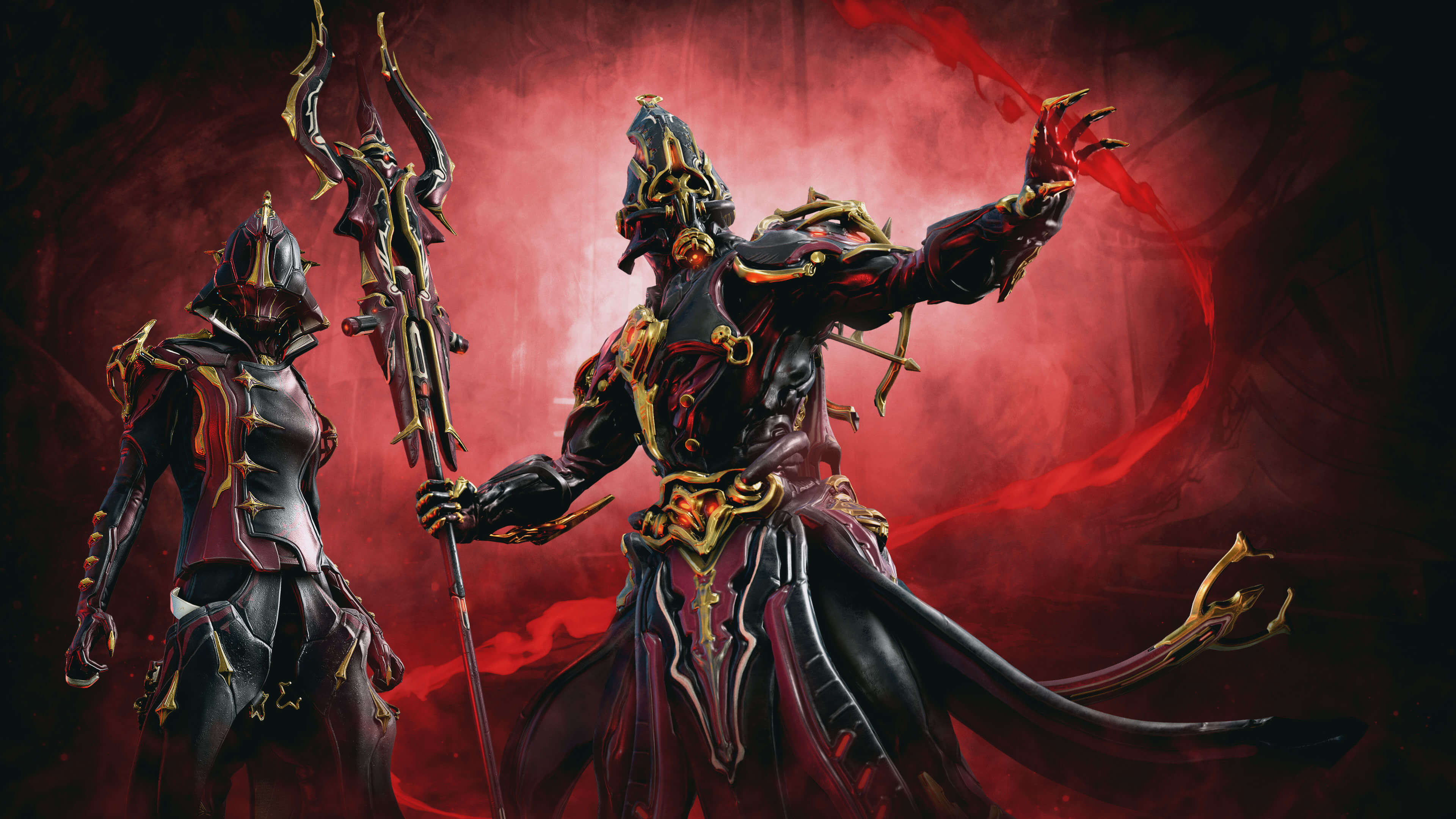 The inquisitor eternal, Harrow Prime, returns to The Origin System! Preach a gospel of iron and flame with Harrow Prime Access! 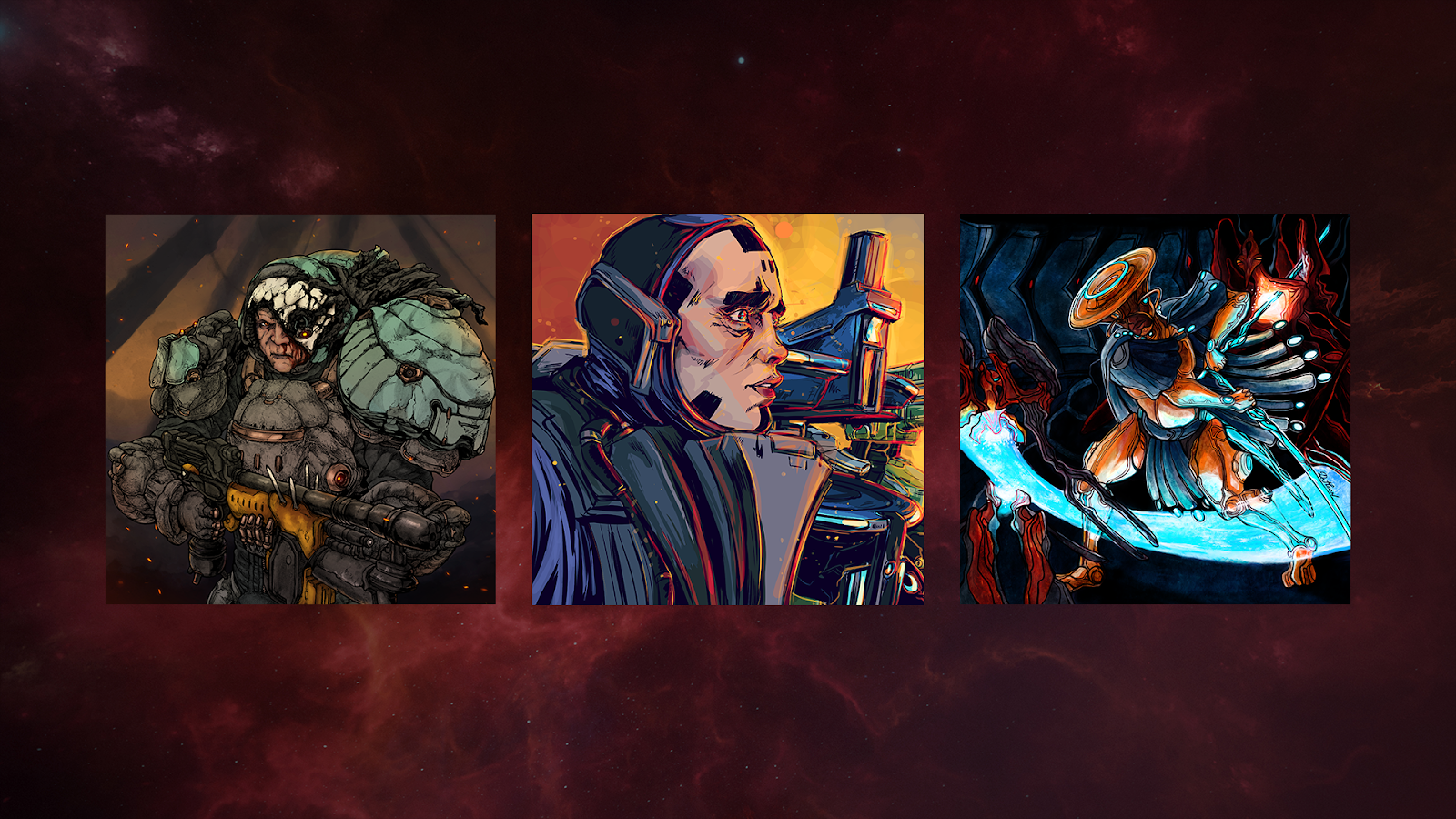 Get in-game displays of Kahl, Veso and Teshin to decorate your Orbiter, or a Riven Cipher from December 14 at 2 p.m. ET until December 21 at 2 p.m. ET!

All you need to do is watch any stream in the Warframe directory with a Twitch account linked to Warframe for one hour to receive an item.

Learn more about The New War Twitch Drops and make sure your account is linked! 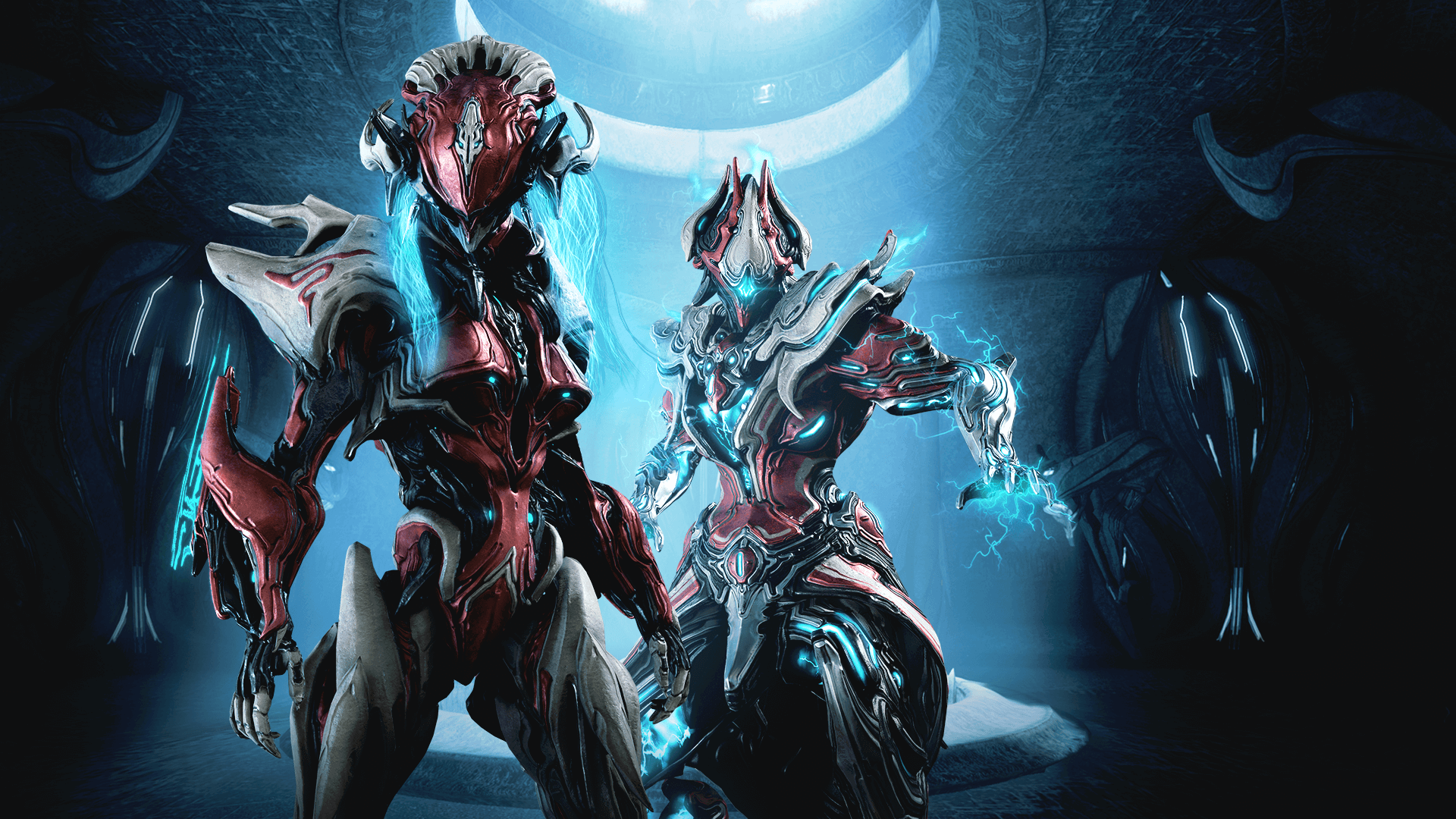 Repel the Sentient invasion and discover your power with The New War Invasion, Resistance and Reckoning Packs. 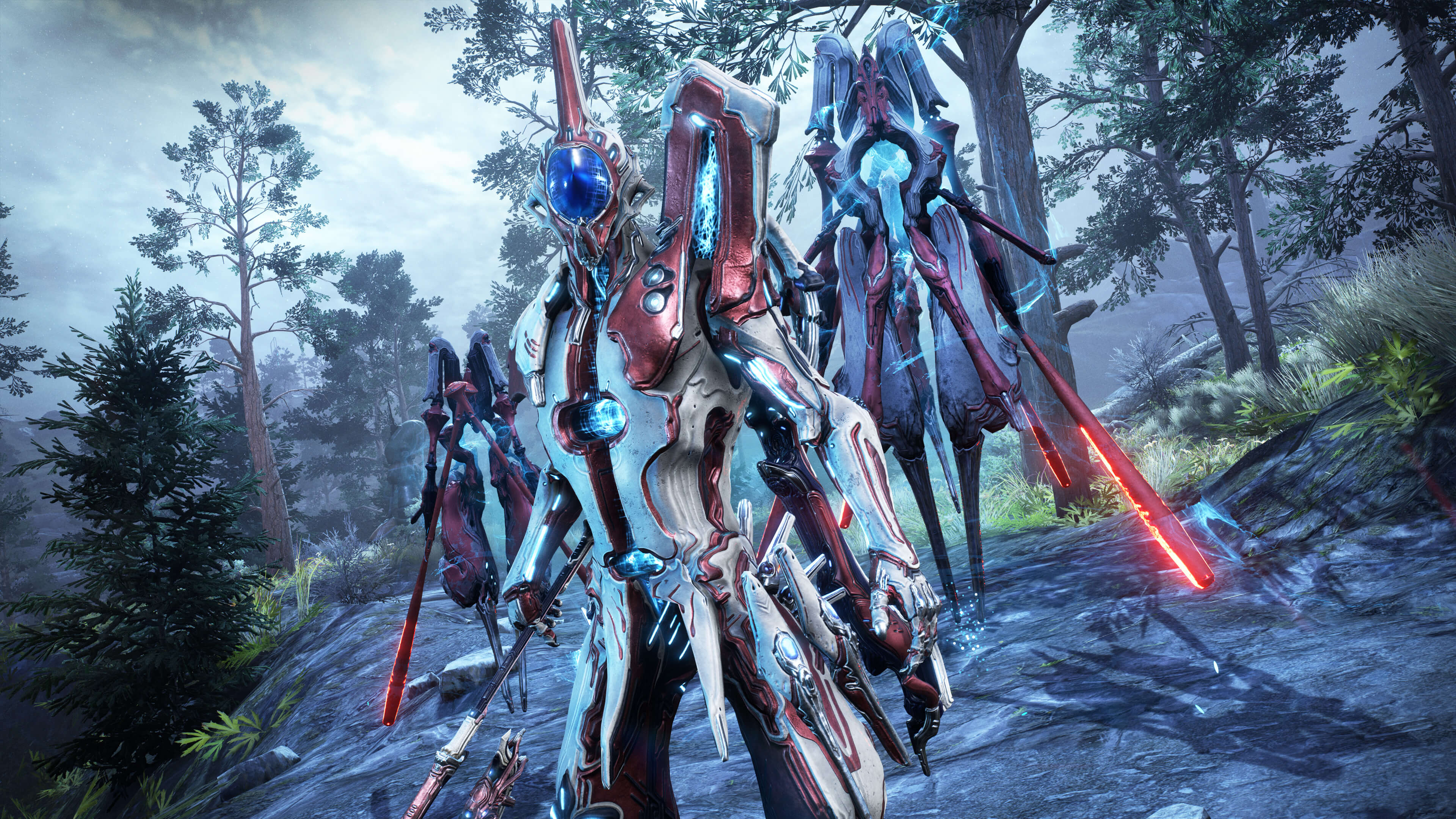 The Sentient-Warframe hybrid Caliban arrives to fight The New War!

Take control of Caliban’s adaptive Abilities to support allies, summon Sentients to fight for you, and wreak havoc in battle. Combined with Tenno agility and weaponry, Caliban will be an unstoppable force!

Not quite New War-ready, Tenno? Never fear, we’ve got you covered! Whether you’re a veteran player coming back after a break or stepping foot into the Origin System for the first timethese guides will help set you on the right path and have you fighting The New War in no time.
Returning To the Origin System

Preparing For the New War

Everything you need to know for the new war

Litany of the Dax

There’s never been a better time to jump into Warframe and experience everything it has to offer!