Sign Up
Styanax Community Build Guide
Get the most out of the 50th Warframe! 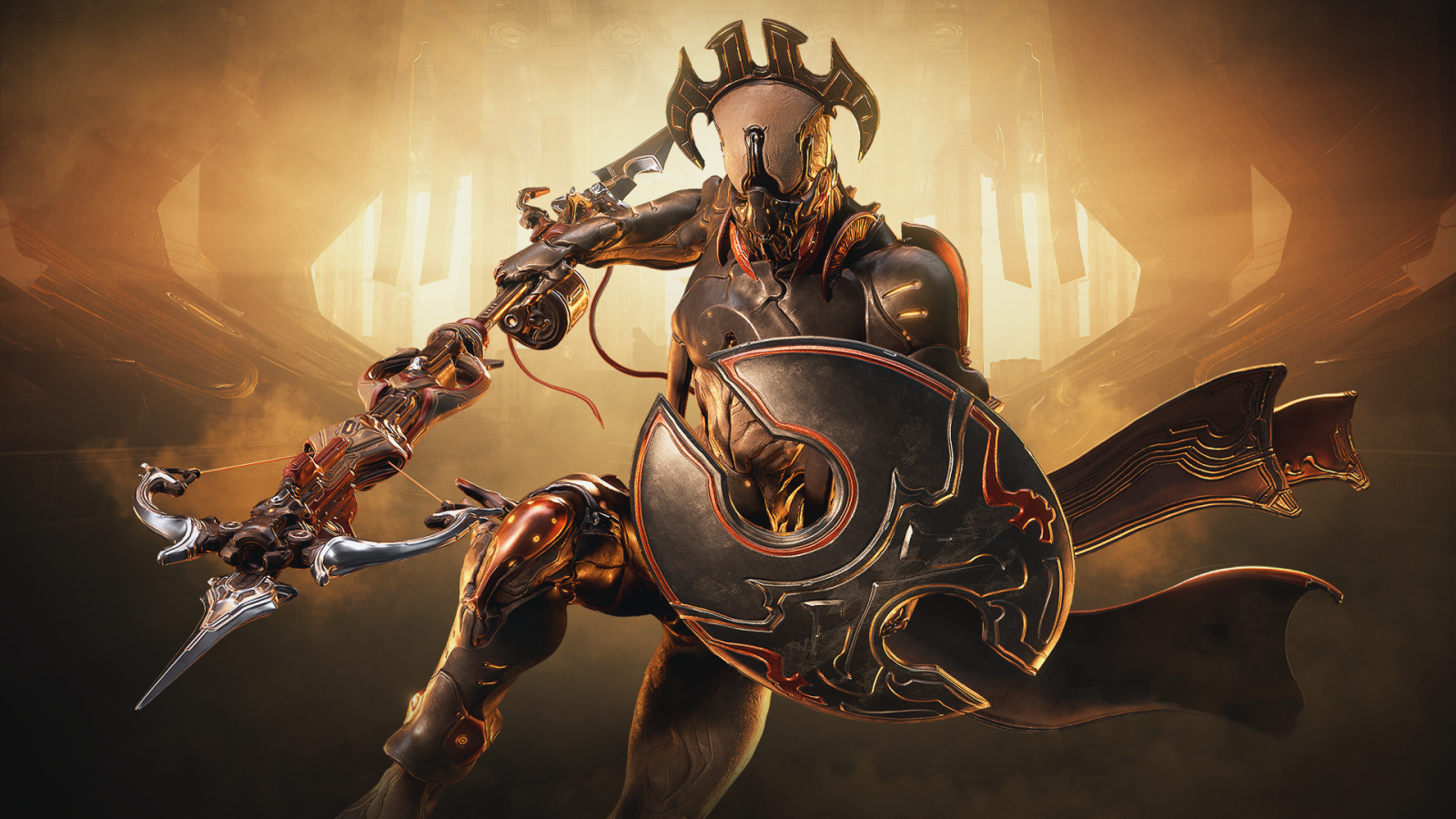 If you’ve been enjoying our latest update, Veilbreaker, then you’re no doubt acquainted with Styanax - the 50th addition to the Warframe roster. A legendary defender inspired by the sword-and-shield wielding warriors of Earth’s distant past, Styanax marks an incredible milestone for Warframe.

Styanax cuts an intimidating figure, with a mix of both offensive and defensive Abilities that lay waste to foes while also supporting Squadmates.

If you’re looking for some build inspiration for your new Styanax, have a look at some of the latest guides from the Warframe community below.

TheKengineer provides an excellent, high-level overview of the 50th Warframe, including a deep dive into each of his Abilities, along with suggestions for how to enhance them with Mods. You’ll want to check out the full video for build specifics, but he breaks down Styanax’s Abilities as follows:

Axios Javelin launches a single projectile that deals damage upon impact while also creating a vortex that draws in nearby enemies. It's worth noting that this Ability is unaffected by Duration Mods, so consider building for Range instead to maximize your reach.

Tharros Strike swings Styanax’s sturdy shield, sending out a wave of energy that strips enemy Shields and Armor. As TheKengineer notes, 200% Ability Strength is enough for Tharros Strike to completely and permanently strip enemy defenses with one cast, although this number decreases to 164% if you’ve equipped the Corrosive Projection Aura Mod. This combination can make Tharros Strike a particularly useful Ability during solo play.

Try using these two Abilities in conjunction with one another by grouping enemies together with Axios Javelin, and then stripping their defenses (and temporarily opening them up to finishers) with Tharros Strike!

Styanax’s other Abilities demonstrate his adaptability on the battlefield: Rally Point buffs both Energy and Shields, which can either support Squadmates or benefit Styanax’s other Abilities during solo play. And Final Stand rains down a hail of Axios Javelins, causing widespread direct damage and forcing Slash procs. Try Modding this Ability with Strength for higher damage, Range for a larger Javelin explosion radius, or simply add extra Duration to keep the good times rolling longer.

Grind Hard Squad mentions Styanax’s offensive potential right out the gate, wryly acknowledging the killing power of his Final Stand Ability due to its Slash damage, and also his ability to strip defenses with Tharros Strike.

Rally Point, however, is better suited towards defense and survivability, as “rallied” allies receive not only 3 Energy points per second, but also Shield points with each kill or assisted kill. Crucially, these Shield points also extend into overshields, allowing you to easily stay protected from damage with the combined kills of a full Squad. And thanks to Styanax’s passive Ability, his Critical Chance increases per 40 Shield points, so the longer you’re protected, the deadlier your attacks will be (even more so with Speargun Primary weapons!)

If you really want to maximize his defenses, though, you’ll want to take advantage of the invulnerability afforded by shield-gating. The best set-up for this involves replacing Rally Point with Saryn’s Molt Ability via the Helminth, and equipping the full set of Auger Mods along with Brief Respite. Be warned though, although this is an effective means of ensuring Styanax’s survivability, you’ll need to keep a constant, close eye on your Shield values.

There are two different build ideas here, depending on which subsumed Ability you choose to add.

The first build requires Rhino’s Roar, which provides a Damage boost to Styanax’s Final Stand. Add Adaptation for survivability, as well as Boreal’s Hatred, which will make you invulnerable while you rain down your hail of javelins. Boreal’s Hatred is relatively new, so less experienced players might opt for a maxed out Redirection Mod instead (but this will require more Forma). For Efficiency, add Streamline, Primed Flow as well as Arcane Energize. Adding the Stretch Mod will also provide some additional Range.

The second build (which Brozime considers superior) includes Hildryn’s Pillage Ability in place of Tharros Strike. You could replace Axios Javelin, but Brozime reasons that even though Pillage requires two casts to fully strip enemy defenses, its range is considerably longer and will likely net you more Shields for yourself. Getting rid of pesky Status is a nice bonus, too. Otherwise, the two builds are more or less the same. Note that Primed Sure Footed is highly recommended, as getting knocked down during a Steel Path Mission is likely going to lead to near-instant death for Styanax.

And that’s pretty much it! “Death from above” is your main strategy, as you’ll be recasting Final Stand again and again. Note that each of these builds require only one Forma (and no Umbral Forma), so the barrier to entry is relatively low.

The guides above offer a great starting point for Modding your new Styanax, but they’re hardly exhaustive. Make sure you leave time to experiment and find the Mods that best suit your playstyle!

Do you have any tips or tricks of your own for Styanax? Join the wider conversation on Twitter, Instagram, and Facebook as well as our Official Forums.