Sign Up
Road to Archwing, Missile Volley
A behind the scenes look! 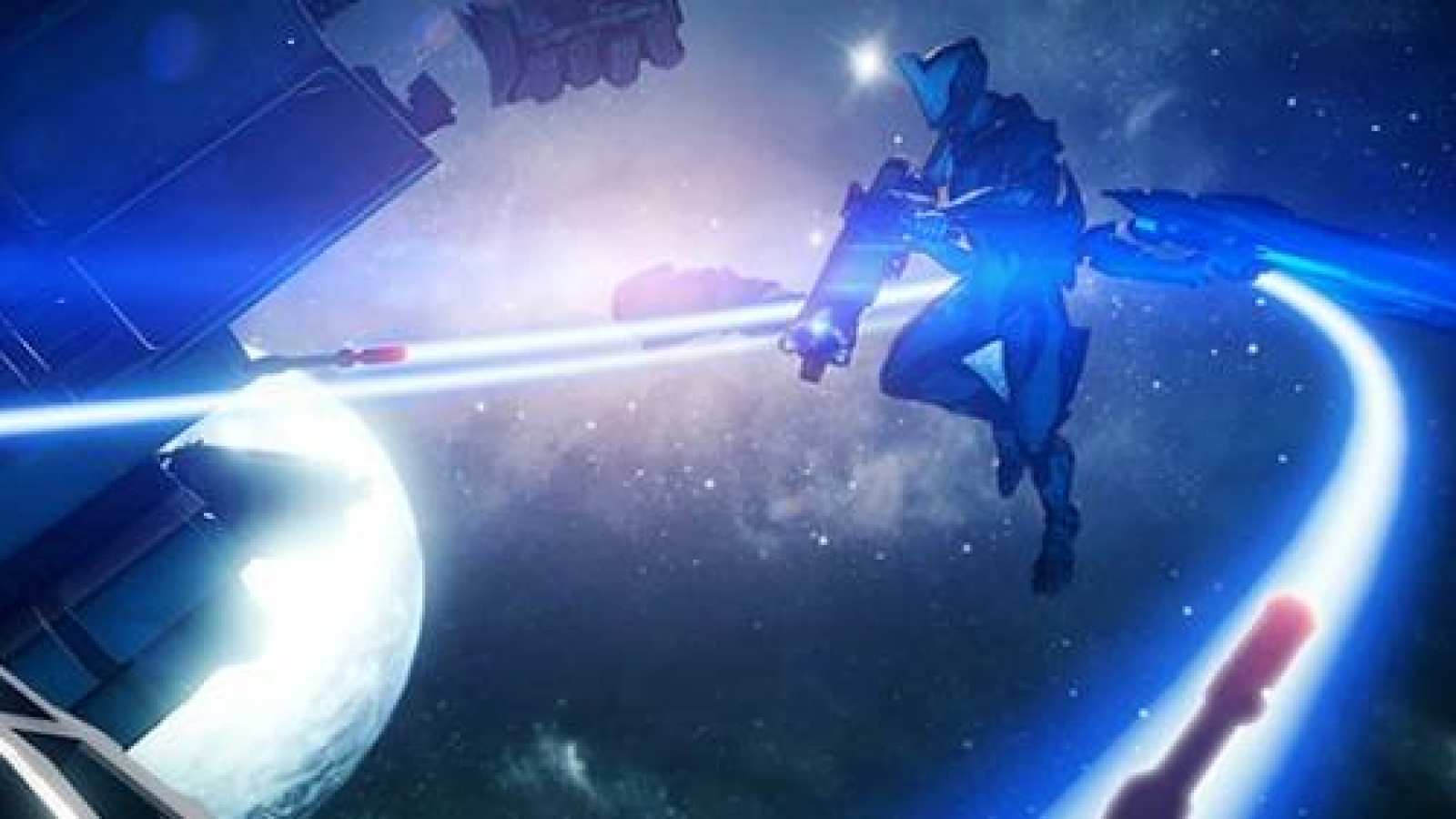 Update 15 is on the horizon and with it comes Archwing, a brand new way to play that is unlike anything else in Warframe yet. Archwing will finally allow players to experience high speed combat within the deep vacuum of space. Just like how Tenno select a unique Warframe, each Archwing will have its own unique repertoire of abilities to help combat the enemy. Unlike most of our mission types Archwing doesn’t simply introduce a unique objective, it requires an entirely new type of gameplay to be built.

New powers, weapons, environments and enemies mean a lot of long hours at the office. Everyone contributes a small part to an Update’s success; and while we’ve given you a taste of the end result on our Devstream there’s never really been a good chance to plunge into the full details of how we approach such an ambitious project. Until now.

It all starts with an idea. In this case, we already know that the Archwing will be soaring through space. We also know that Archwing will come with its own unique weapons for use in space combat, and since Tenno won’t have access to their usual Warframe abilities our new powers must be designed for a similarly unique purpose.

Our team comes up with a group of Ability concepts that are eventually narrowed down to four. Once the final four have been approved, we need to figure out exactly what it will require to function within the game space. Not only that but each Ability will require its own Power Icon, a small but necessary detail for Warframe’s UI.

For this particular example we’re going to follow the development of Missile Volley, an attack that releases a payload of homing missiles onto enemies in a wide arc in front of the player. Keep in mind that for this example even the name is still a work in progress, and things may still change leading up to the final release!

While Janice from our concept team refines the look of the ability powers it’s up to our programming team to create a checklist of features Missile Volley will need. For example:

Any feature that the ability may have that doesn’t exist in game needs to be created, though in the case of Missile Volley there were plenty of C++ features for exploding projectiles to work with!

Once the checklist has been completed it’s time to create a rough version of the ability in Lua, a scripting language used by our developers. The ability doesn’t need to be perfect at this time but it does need to be able to perform the task on a very basic level. In this case, shoot missiles.

Just because the task may be obvious doesn’t mean that the job is boring however, and for programmers like Jordan (who was assigned Missile Volley) this can be the best part of the process. Not only does he get to bring life to something that thousands of players will later use, he also gets to put his own creative tweaks to how Missile Volley functions.

While Jordan works on getting the attack to function other members of the team will work on giving Missile Volley sound and shape. Jeff, one of our Sound FX artists, approaches any sound by asking himself what exactly he needs to convey to the player. In the case of Missile Volley the power needs to feel powerful and rewarding to use, but at the same time not overshadow the other powers / gunfire / sounds that may be happening at the same time.

It also just goes to show the power of Archwing, able to create sound in the vacuum space. Orokin technology is truly incredible, and it’s definitely not just the Tenno saying ‘pew pew pew’ to themselves while blowing up Grineer.

By using sounds that players would expect to hear from missile fire, Jeff experiments with mixing in more abstract sounds to come up with a unique audio effect. Ultimately he wants to deliver something you’ve never heard before that also blends well with the other four abilities. Another small note is keeping in mind the other three Archwing powers and making sure all four have a good audio balance between them.

Our visual FX department has a different set of challenges. Jeremy from our FX team (boy do we have a lot of ‘J’ names around here) starts his task by setting up a basic function to mirror whatever path it is the ability takes. Once he has a basic idea of how the attack will move he can begin to add the real details to the ability.

For Missile Volley it’s all about how the little explosives move through space, but to get a better idea of his task we can look at the fine details in Hydroid’s puddle or Mirage’s brilliantly chromatic attacks. Once the effect has been refined he also needs to make sure it functions with any outside influence that could change the effect; such as mods, energy colors, and PC settings.

A particularly unique challenge to Archwing is how fast everything moves compared to Warframe’s usual gameplay. Being able to unleash Missile Volley and dash across the battlefield leaving the projectiles far in the distance is awesome, but has its own set of complications that Jeremy needs to consider.

While our special effects team is refining the sights and sounds of Missile Volley Jordan is still hard at work getting the ability to work in both a single player and multiplayer environment. This can often be the most difficult part of his process as there are a lot of different things to take into consideration, such as having the ability sync across multiple player’s screens when used. Not only that, but he needs to make sure the ability functions without chewing up a lot of bandwidth or causing issues for squad-mates.

Once we’re satisfied that Missile Volley functions properly, it’s then our job to break it. This is the kind of stress testing that requires our team to try and come up with scenarios that could cause the ability to work improperly or cause other issues. Any bugs that may rear their ugly heads during this time are quickly squashed, and after enough testing Missile Volley will be declared complete!

For as thorough as our team can be we are not, however, 10M Tenno strong in our testing department. We try to find as many issues as we can with our small team but the major stress test comes with the launch of the Update, then hotfixing issues as they come in from the community.

Between now and the final release our team still needs to keep an eye on every Archwing ability to make sure no other issues arise, and there are lots of small housekeeping elements that still need to be taken care of. Missile Volley may keep its official name, but it still needs an in-game description, energy cost, ability card, and of course localization for each region.

We hope you guys enjoyed this small look at what it takes to get a portion of Archwing up and running, as well as getting to know a little more about what our team does. At least, the majority of our J-named team members.