The balance of power is tipping. An imminent threat grows stronger, surging across the Origin System.

Will you stand against it?

Build the Dry Dock, assemble your Railjack and prepare for Empyrean. What will begin as a hangar will evolve into your sanctuary, a space to hone and upgrade your ship with powerful technology to become the weapon you'll need. Build the Dry Dock by rallying your clan and contributing Resources to its construction. After that, if you have completed the Second Dream, it's time to forge your ship. 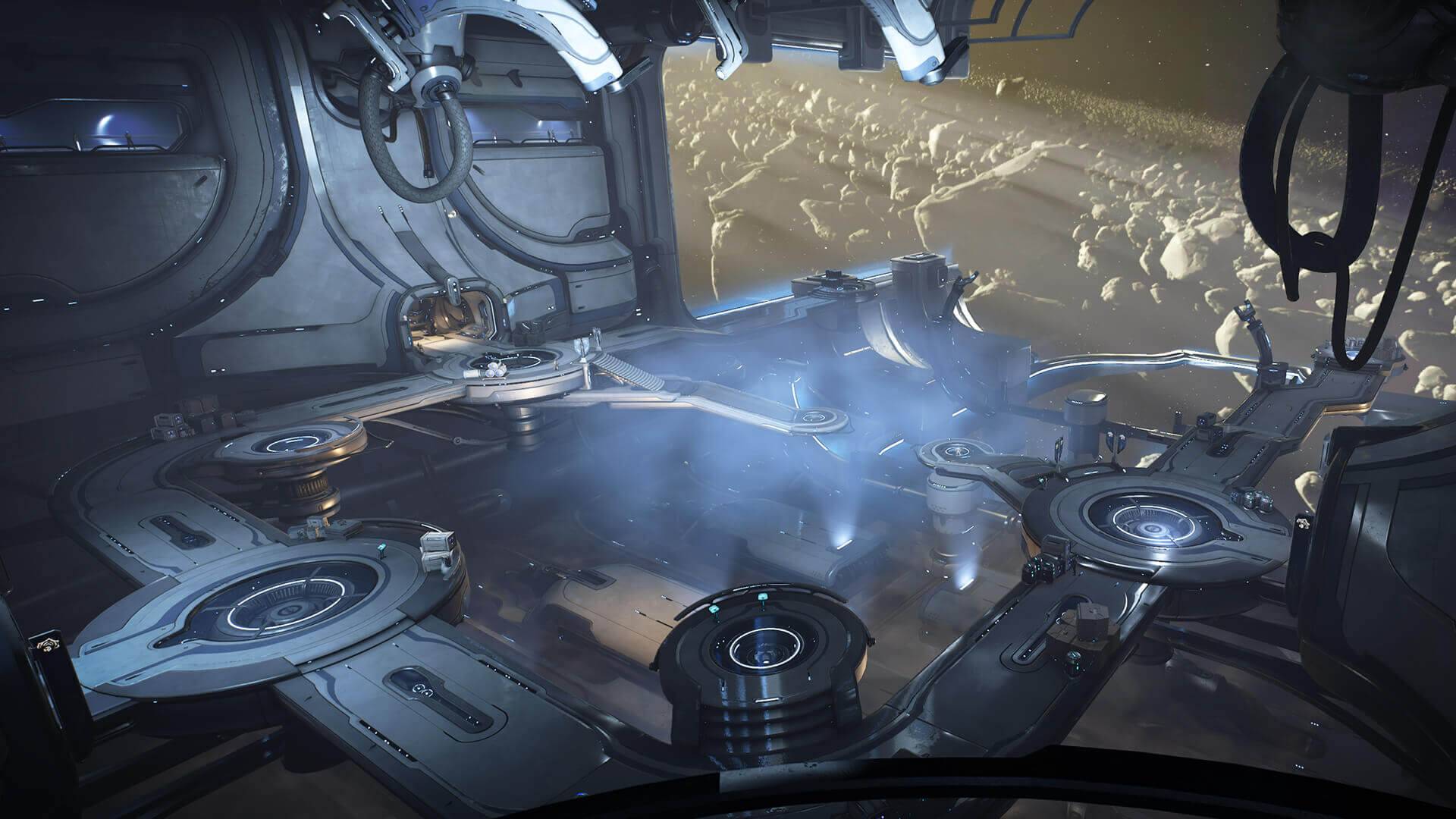 The Sigma Series Railjack is an Old-War era ship capable of all-out warfare. This ancient Orokin technology is key to surviving what’s to come — but you must first recover what was lost.

Every ship needs a commander. Meet Cy, a no-nonsense Cephalon who values mission protocol above everything. Purchase the Railjack Cephalon Blueprint in your Dry Dock, rebuild him and bring him back online. Cephalon Cy will then direct you on how to craft your Railjack.

Time has not been kind to the Railjacks. You’ll need to work with Cephalon Cy to find viable salvage from wreckage across the Origin System. Locate the six necessary Railjack components, retrieve them, then return back to the Dry Dock to restore them to glory. Once your Railjack is rebuilt, you’ll be able to board and explore your ship. Ignition and flight command requires additional components, which have yet to be located by Cephalon Cy. 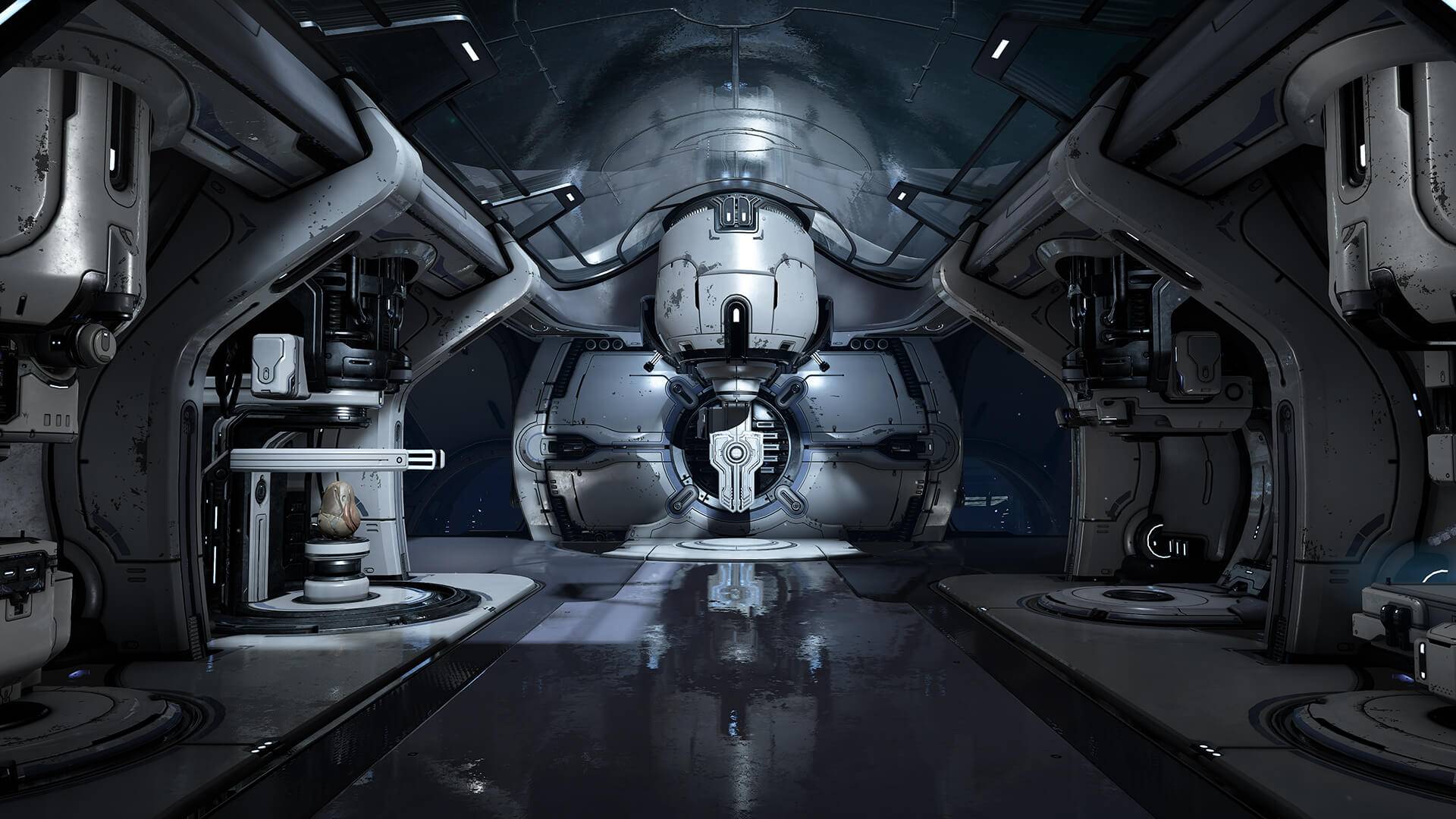 Your Orbiter needs to be in fighting shape to protect the Origin System. See the stars through new viewing ports and marvel at improved lighting and overhauled visuals! 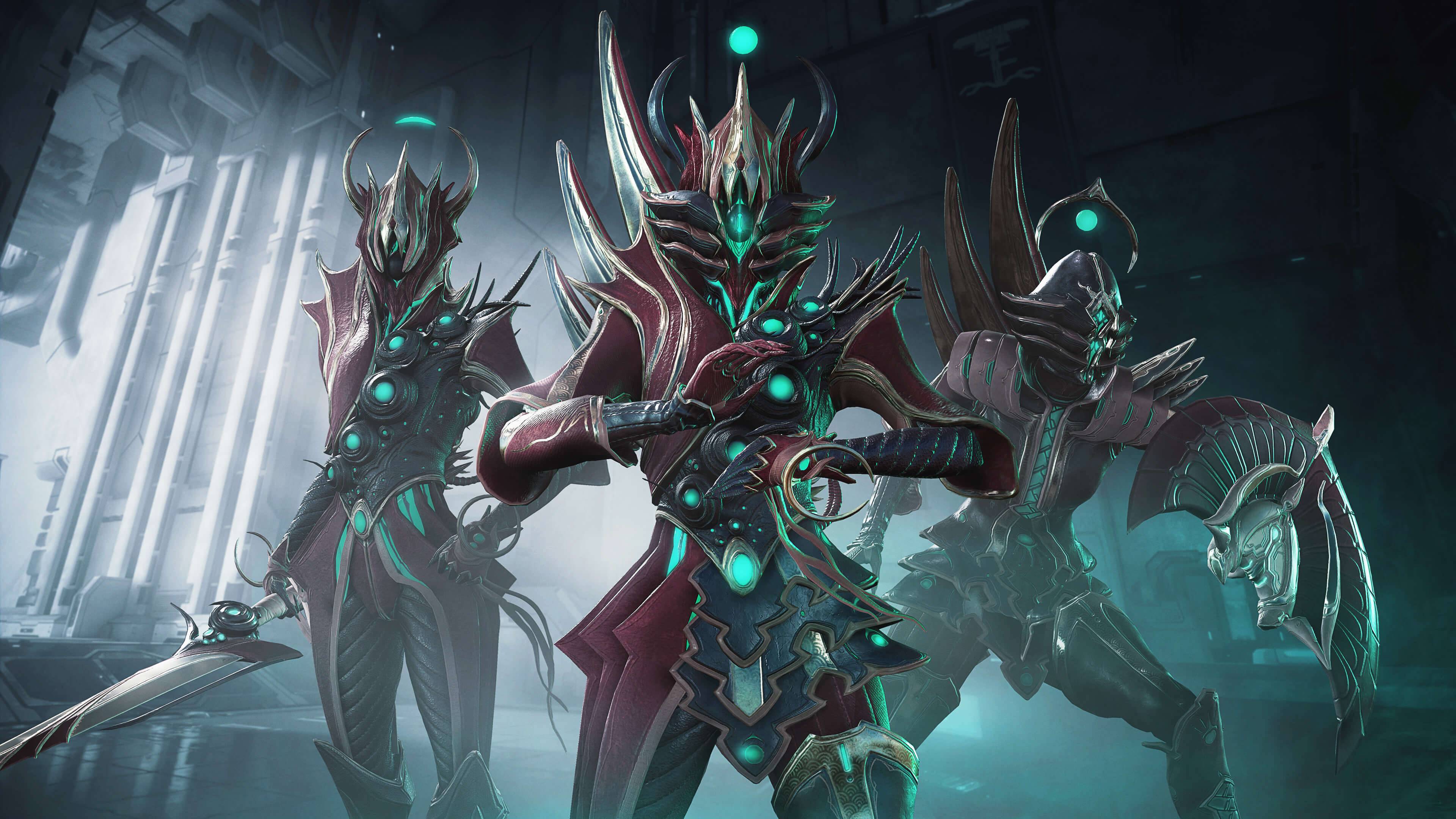 Unleash your opposite and kill with contrast as Equinox Antonym. This collection includes the Equinox Antonym Skin, the Astreos Sword and Shield Skin, and Circadian Syandana. 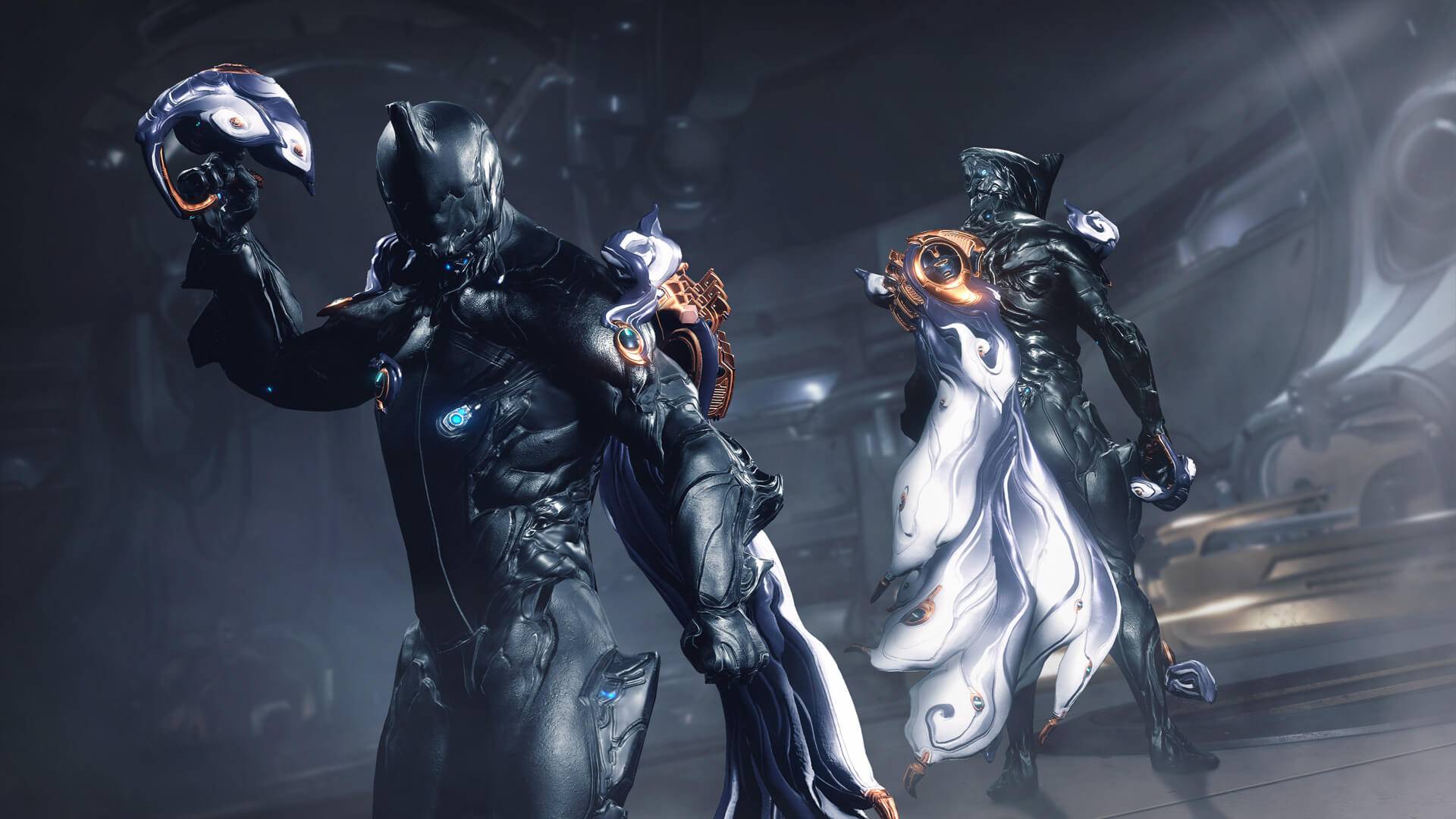 Become an expert crew member with the Cumulus Collection, an assortment of Cosmetics as striking as a thunderclap. This collection includes:

A billowing new skin to provide a unique, ethereal look to your pistol.

Roiling and swirling with the promise and threat of a thunderhead, the Cumulus Syandana is for those Tenno who dwell among the clouds.

The preferred armor set of those who call both the mists of morning and the fog of war home. 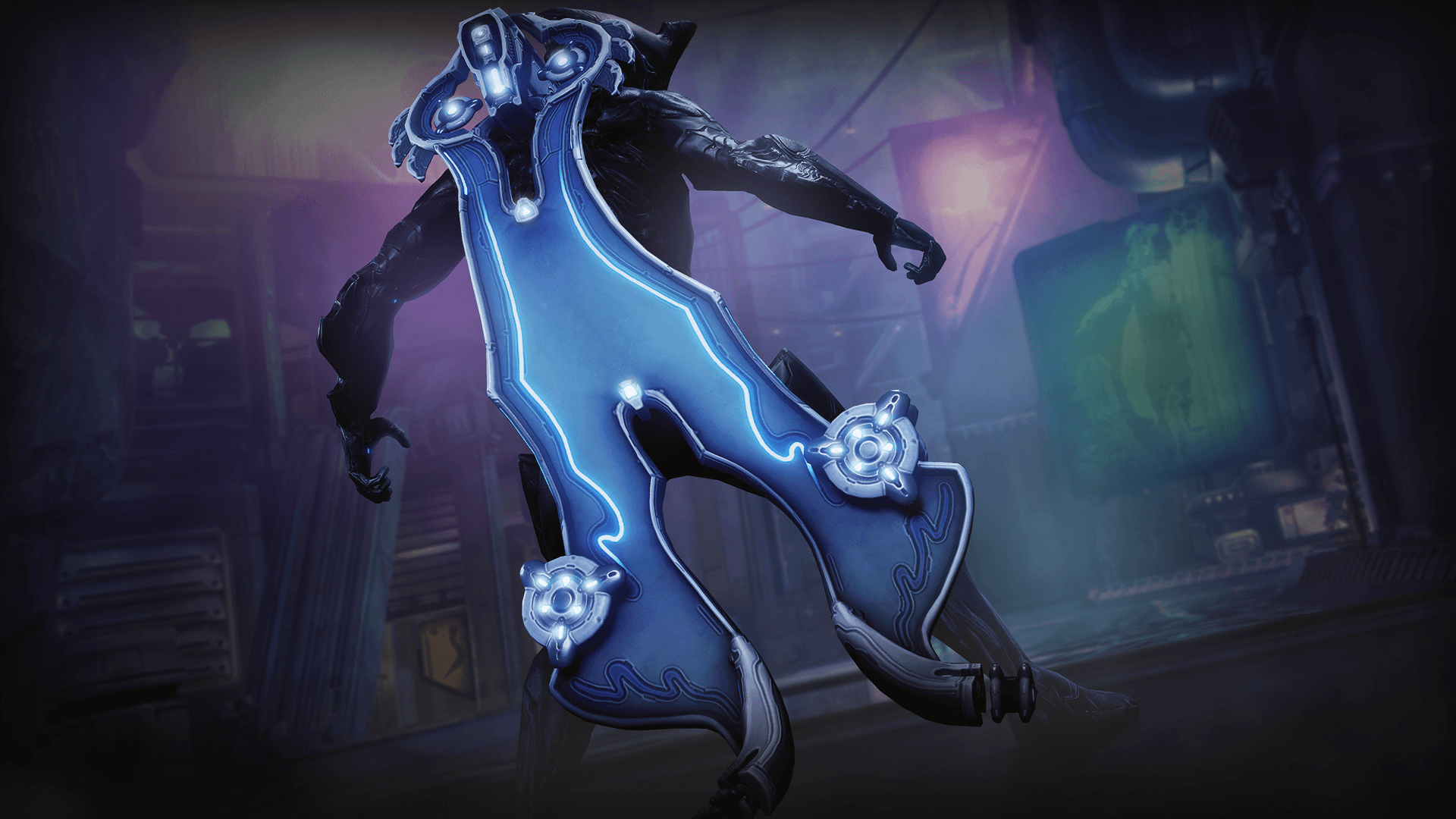 The Origin Pack is the best possible value for a Tenno looking to boost their Arsenal and get some spectacular new Cosmetics! The Origin Pack features the Parotia Syandana and 200 Platinum.

This pack is available on Xbox One and PS4 on Dec. 17th. It will be available on Dec. 23rd on Nintendo Switch!

For regional availability, please see below:

Melee Rebalancing
Rivens are receiving the same treatment we recently gave the ‘Steel’ category of Melee Mods (True Steel, Sacrificial Steel) with increased Critical Chance. Changes have also been made to the Defiled Snapdragon Stance Mod and True Punishment Mod, as well as the Venka Prime Combo Counter cap, which has been increased from 220 to 240!

Kuva Lich Changes
Kuva Liches from Ranks 1 - 4 will now drop Kuva for all Squad members when a Parazon is used -- whether it results in defeat or ranking up, the Kuva will be yours! Liches will also flee from your mission without ranking up if you’ve downed them 3 times but haven’t used your Parazon.

For full details and bug fixes, head over to the official Patch Notes!

It’s time to get to work, Tenno.

Rising Tide: Update 26.1.3 has been sent to Cert! We’ve included everything from PC Hotfix 26.1 - 26.1.3, which includes the introduction of the Dry Dock and the start of building your very own Railjack!

Rising Tide: Update 26.1.3 on the Nintendo Switch is a remaster update!

When we remaster, we are essentially doing a big cache cleanup to optimize old and existing assets. In this instance, Warframe will go from 22 GB to 16.5 GB! You will notice the small white progress bar that appears on the Warframe tile will fill up twice -- this is normal!

Please note: You must have a minimum of ~16.5 GB on your Nintendo Switch at the time the update launches in order for the download to begin. For those that do not have the allotted space at the time of launch, deleting Warframe and re-downloading the title from the eShop will begin a fresh download without the remastering process.

Operation: Plague Star is back!