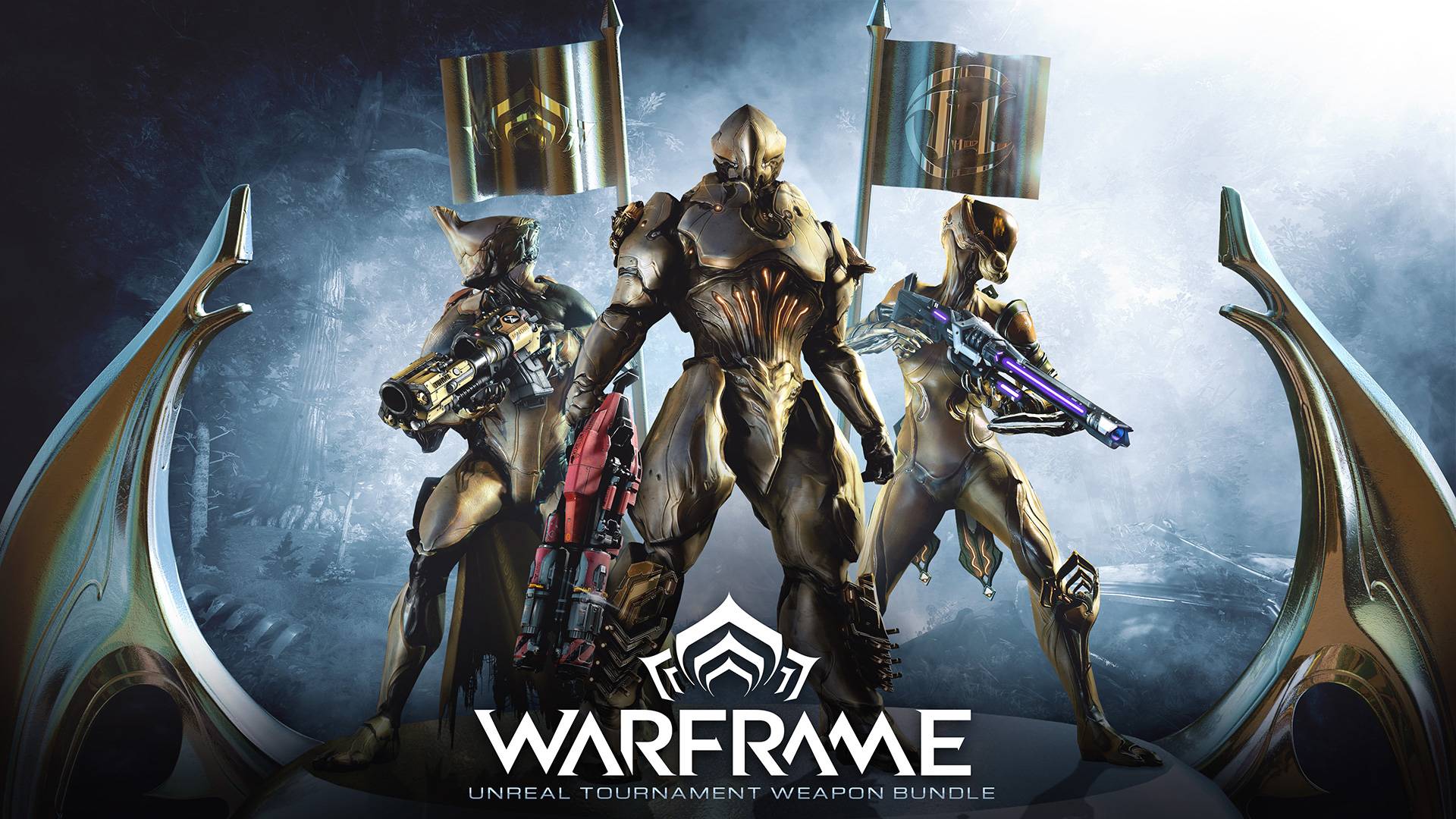 Please note: This promotion has ended.

For a limited time, get the Unreal Tournament Weapon Bundle free on the Epic Games Store! Unleash the iconic Flak Cannon, Rocket Launcher, and Shock Rifle through their Tenno counterparts in the Drakgoon, Ogris, and Stahlta. 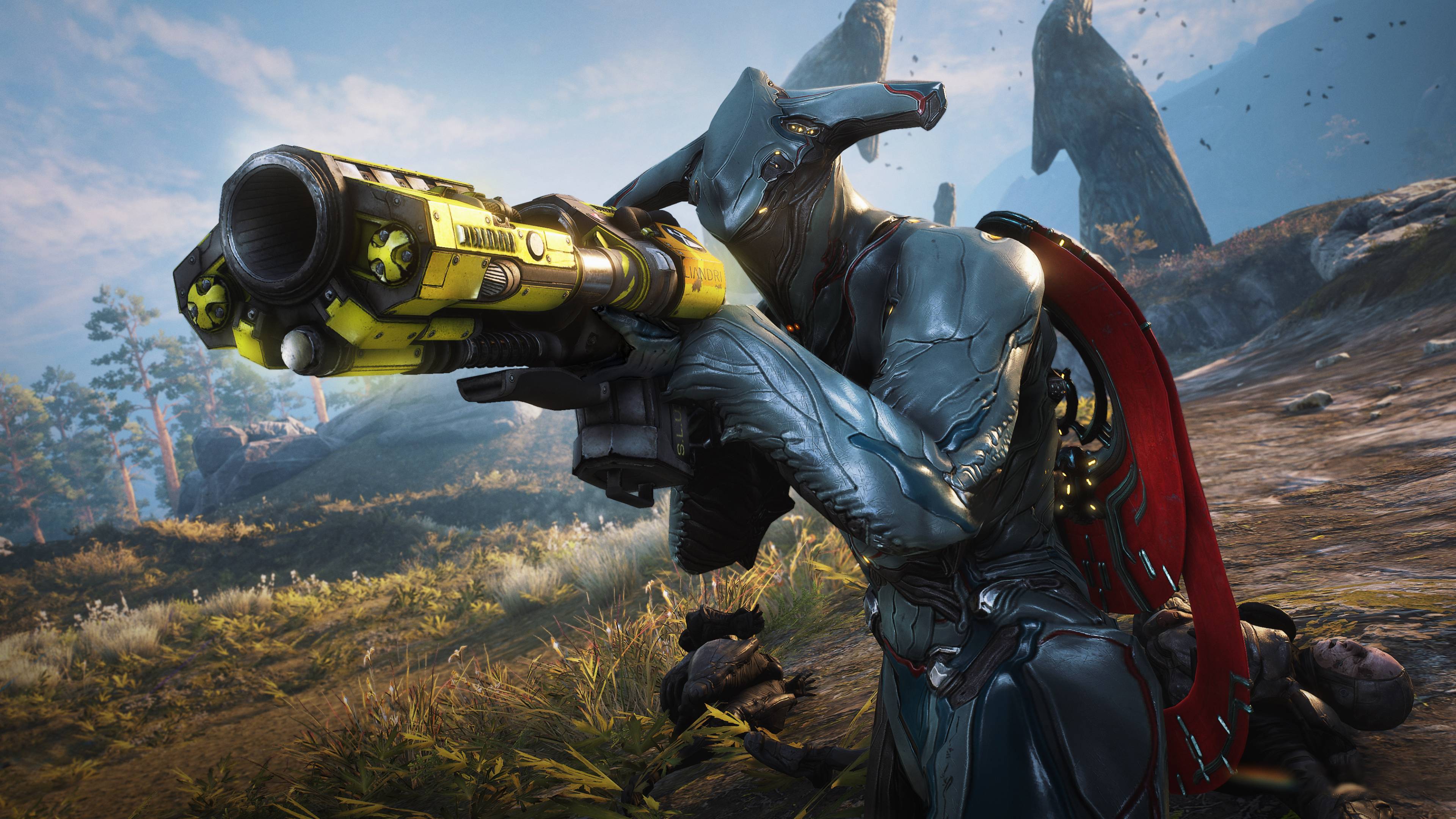 Go wide for an unstoppable killing spree with this unreal-looking skin for the Drakgoon. Includes Drakgoon and Weapon Slot. 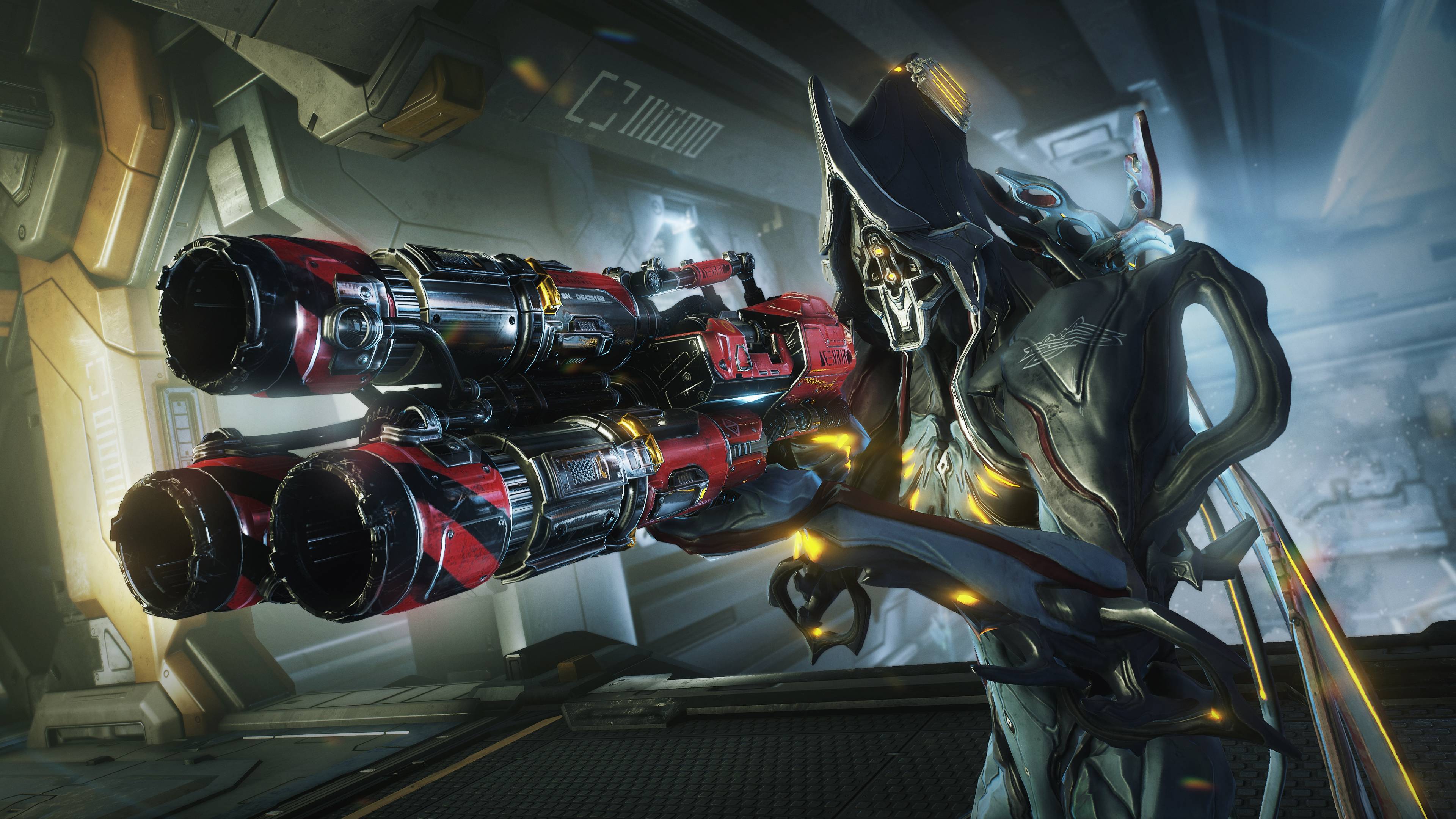 Dominate your look with this god-like skin for the Ogris. Includes Ogris and Weapon Slot. 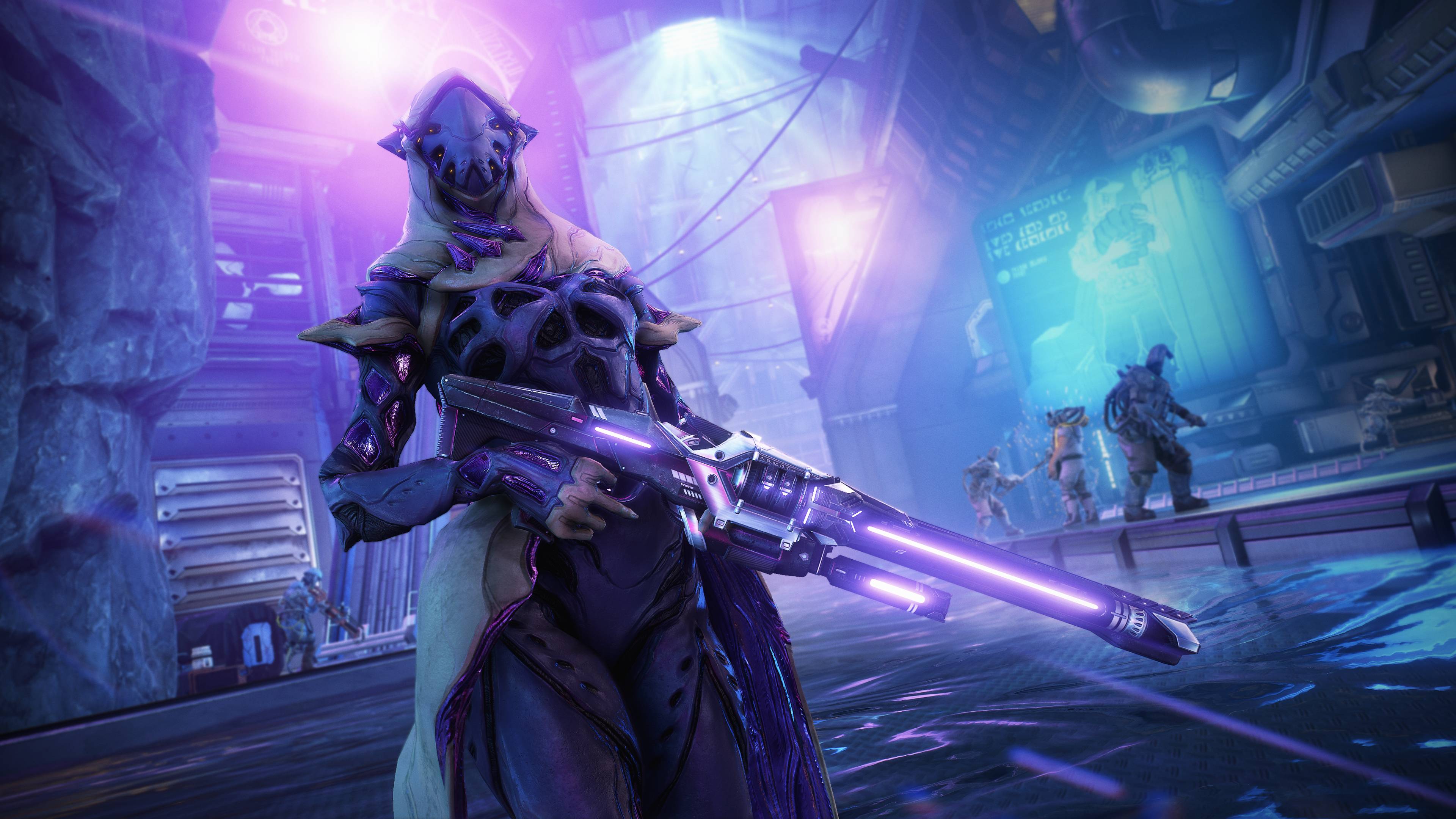 Claim first blood with this killer skin for the Stahlta - a common sight in tournaments of old. Includes Stahlta and Weapon Slot.

ESSENTIAL CRITICAL CHANCE MOD BUNDLE
This set of Mods gives you instant access to upgrading your Weapons' Critical Chance. Everything in this pack can also be earned from Mission Rewards, enemy drops, and more!

7-DAY AFFINITY BOOSTER
Upgrade your Weapons and Warframes at double the rate! 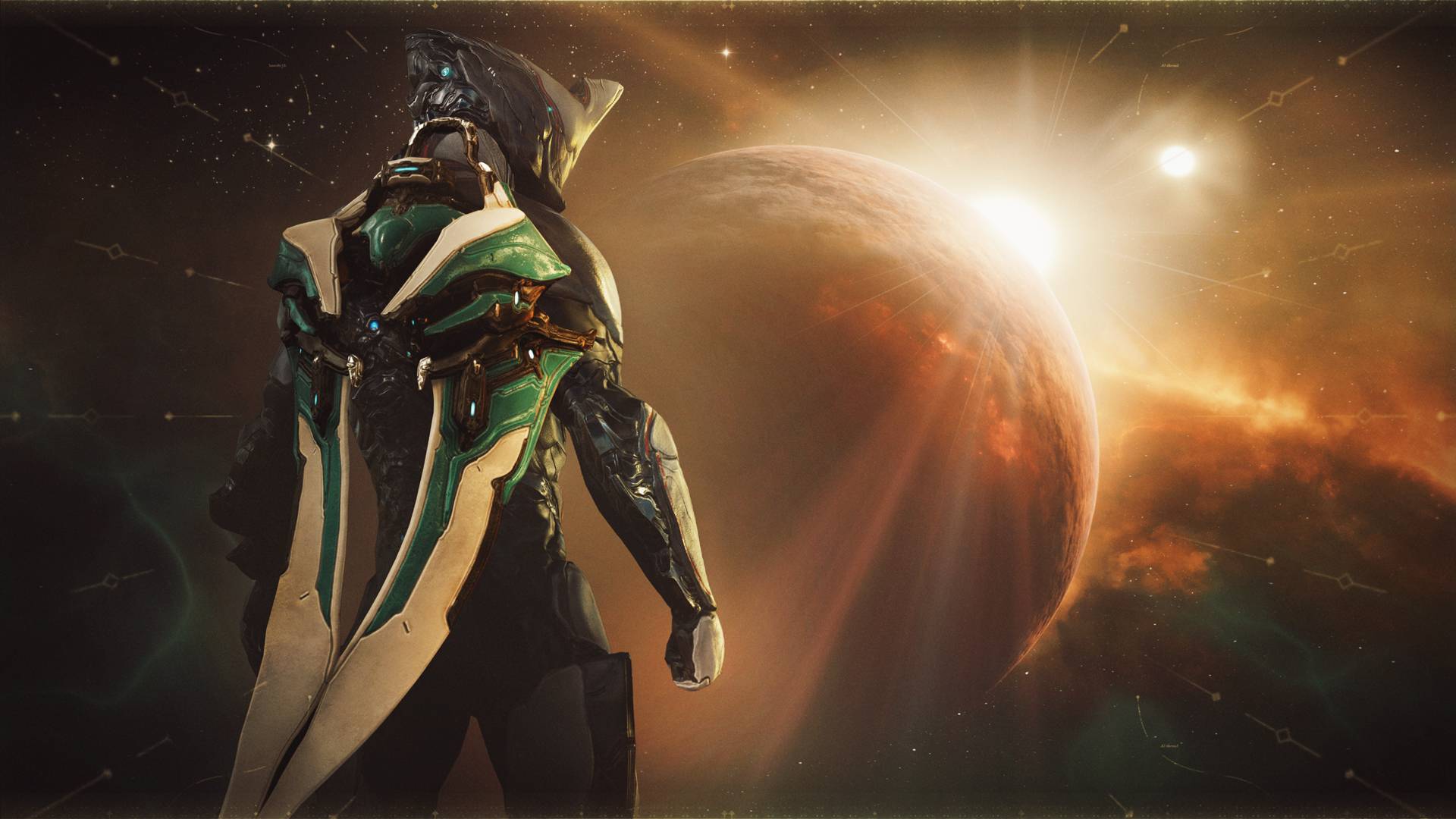 Don't miss your chance to add these iconic Weapon Skins to your Arsenal.

The Unreal Tournament Weapon Bundle is available to claim until December 24 at 11:59 p.m ET. For Tenno on console, we are hoping to make this bundle available on all platforms in the future!

Every Tenno can take part in celebrating Warframe's launch on the Epic Games Store with a Double Credits weekend on all platforms, starting December 11 at 2 p.m. ET to December 14 at 2 p.m. ET.

Unleash the carnage of Unreal Tournament with Warframe now on the Epic Games Store!