Sign Up
Intro to Archon Hunts
Old foes are back – here’s what you need to know. 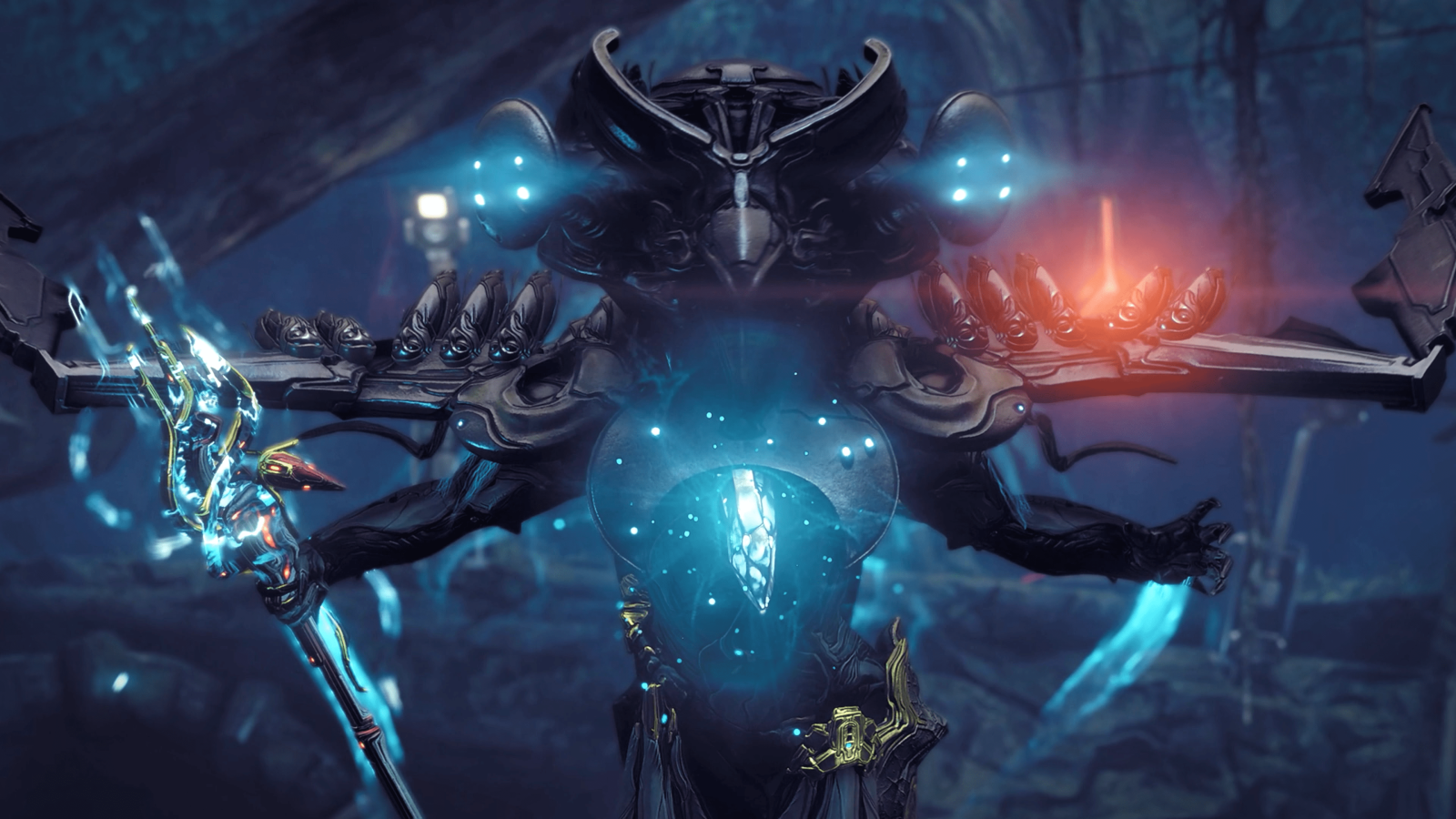 As you may have already discovered, completing the recently-released Veilbreaker Quest unlocks a brand-new class of weekly Missions called Archon Hunts. These challenging new Missions offer a higher level of difficulty, but fortunately you’ll be able to take them on with a full Squad at your side. 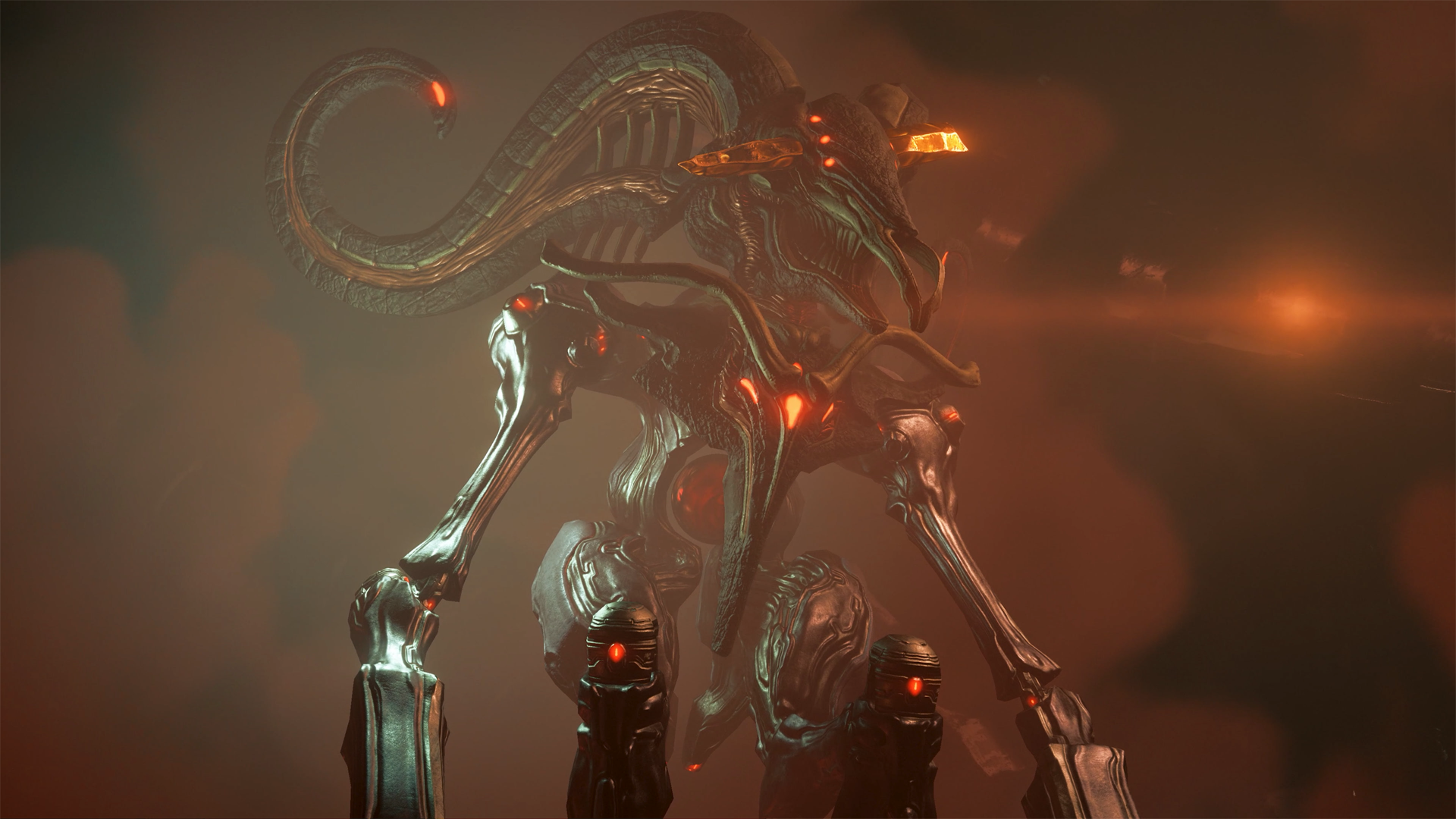 Originally introduced during The New War Quest, Archons are hybridized monstrosities created by Sentient leader Erra to serve as elite units for Narmer. Although they were defeated during The New War, they’ve since been revived, and are now under the control of a sinister new Sentient entity named Pazuul (pictured above).

Each Archon is distinguishable by its animal-like head and Prime Warframe body:

What do I have to do? 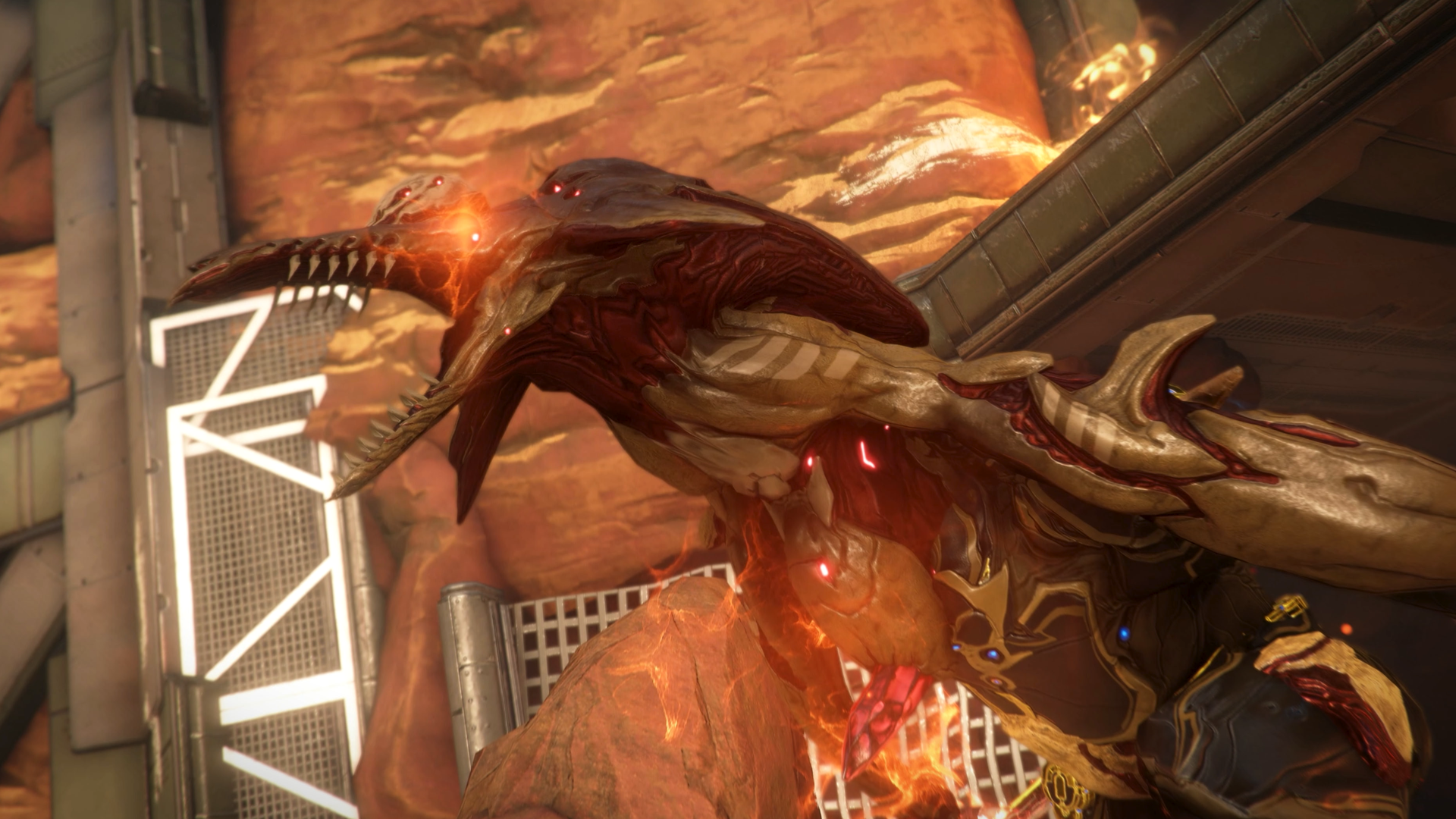 No Self Revive: You can only be revived by other Tenno (or Companions).
Last Gasp Penalty: Activating the Last Gasp Focus Ability reduces the timer by 2 seconds.
Bleedout Shortens: Bleedout duration is reduced each time bleedout is entered, to a minimum of 5 seconds.
No Summons: Summons are disabled for the entire Archon Hunt. This includes Specters, Necracmechs, etc.
Cooldown Increase: Each type of Restore has a 3 minute cooldown timer applied. This cooldown affects all sizes of the Restore type.

The first two Missions of an Archon Hunt will require you to navigate through Narmer-controlled territory. You’ll face plenty of Veiled enemies, including formidable Deacons that will remain unscathed until you take out their surrounding troops first. The final stage of the Archon Hunt is always an Assassination Mission, and it’s here that you’ll face off against the Archon itself. Be careful, Tenno. Each Archon has been re-worked considerably since The New War, and they now possess greater damage resistance and stronger attacks, plus a few new tricks that will keep you on your toes. Choose your Squad and your Loadout carefully before taking them on!

Once you’ve completed Veilbreaker, Archon hunts can be started from the tracking console located in Kahl’s Garrison. Alternatively, you can access them via the navigation console in your Orbiter (check the top right corner of the Star Chart, next to Sorties).

Once you complete all three Missions and defeat the Archon, you’ll receive an Archon Shard. Each Shard offers unique benefits once equipped, and each of the three Archons will drop a different kind of Shard. Start collecting them to push your Arsenal to new heights!

Completing a Hunt will also net you a random reward from the Mission Reward Pool:

- Bonuses are granted during Archon Hunts for using certain Warframes and/or Weapons, similar to Arbitrations. Take advantage of them for an extra boost during the fight.

- Beginning on October 9, Archon Hunts will appear as part of a fixed rotation each week, so you know who you’ll be battling well in advance.

- Fully evolved Incarnon weapons are known to be quite effective against Archons.

- If you’re experimenting with new builds for Archon Hunting, test them out on solo runs. Archon Hunts can be replayed (although Rewards only drop once), so you can practise again and again until you’ve perfected your Loadout.