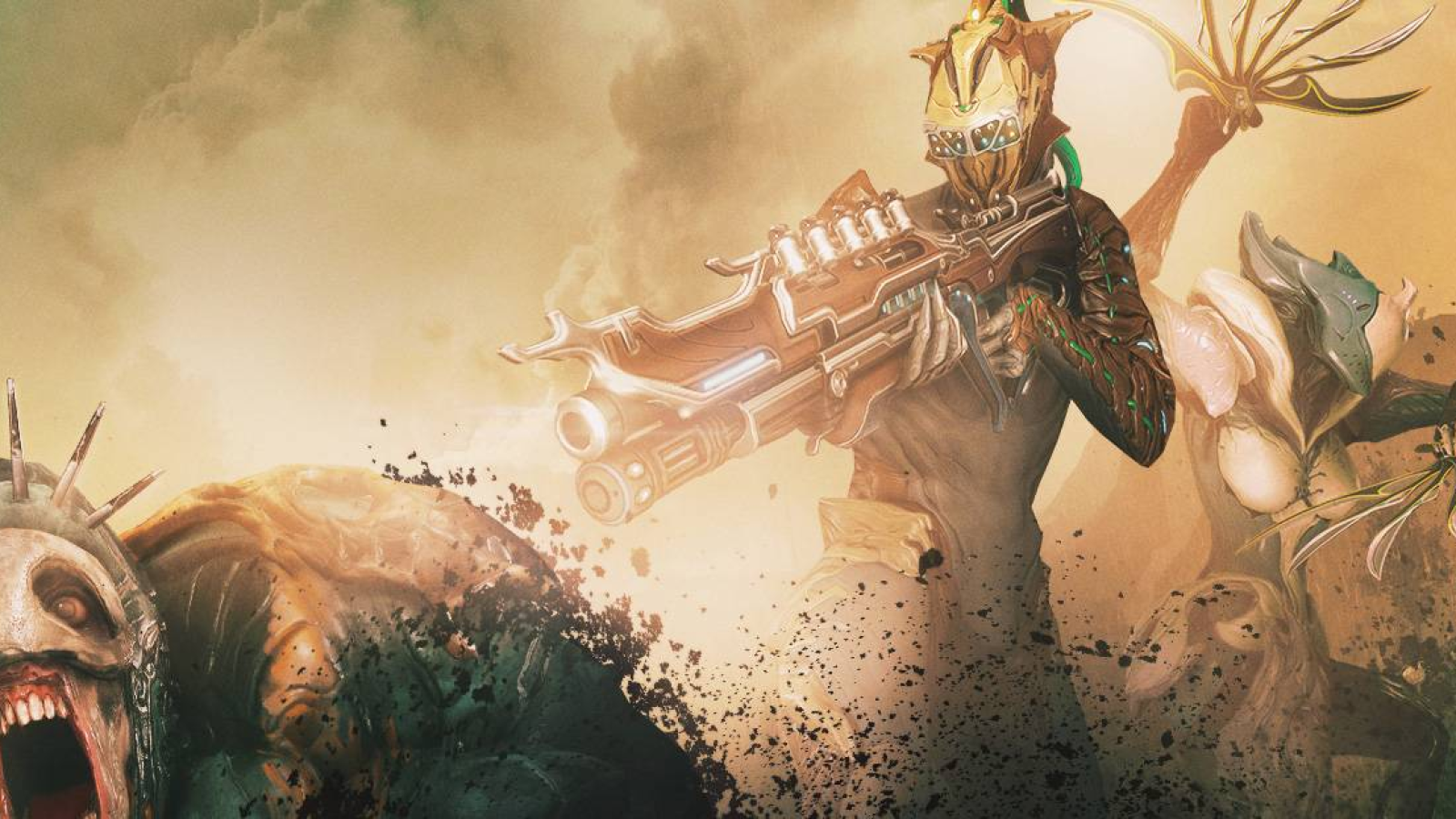 The ground of the Plains is erupting with vile beings of Grineer origin - repugnant Ghouls that overrun their victims in a gruesome mass of limbs and toxin.

Joining the Grineer on the Plains of Eidolon are a specialized pack of Ghouls that excel in close combat.

- The Rictus Ghoul wields a deadly, rideable buzz saw capable of shredding enemies.
- The Auger Ghoul is armed with dual drills for arms, enabling it to dig down into the earth in one spot, disappear, and surface in another for a surprise attack.
- The Devourer Ghoul is an overfed beast with a lengthy tongue and spiked hands, ready to shred enemies to bits.
- The Expired Ghoul is rigged with explosives and told to charge any Tenno it sees.

Discover the origin of these foul creatures in our third Warframe webcomic - Fragments 003: The Ascension.

Unlock your brand new Personal Quarters and customize it with extensive new Decorations including poseable Warframes, companion toys and beds, wallpaper, your own fish tanks and more!

Blast your foes away with the Corinth. This heavy shotgun is powerful and most effective at close range.

Slice the throats of unsuspecting enemies with the elegant Gunsen. This steel-bladed, fan-like weapon can be charged to deal extra Slash damage.

Ensure you hit your mark every time with this four barrel Quartakk.

Quickly unload on your enemies with the Stubba. The Grineer favor this automatic secondary weapon due to its compact size and fire rate.

Wear the Maggor Armor on the battlefield as a sign of defiance.

Visit the Patch Notes here to get a full list of the changes in this update!

Khora and the other features previewed in Devstream #103 will be coming in early 2018. View the Roadmap in our forums for more information!