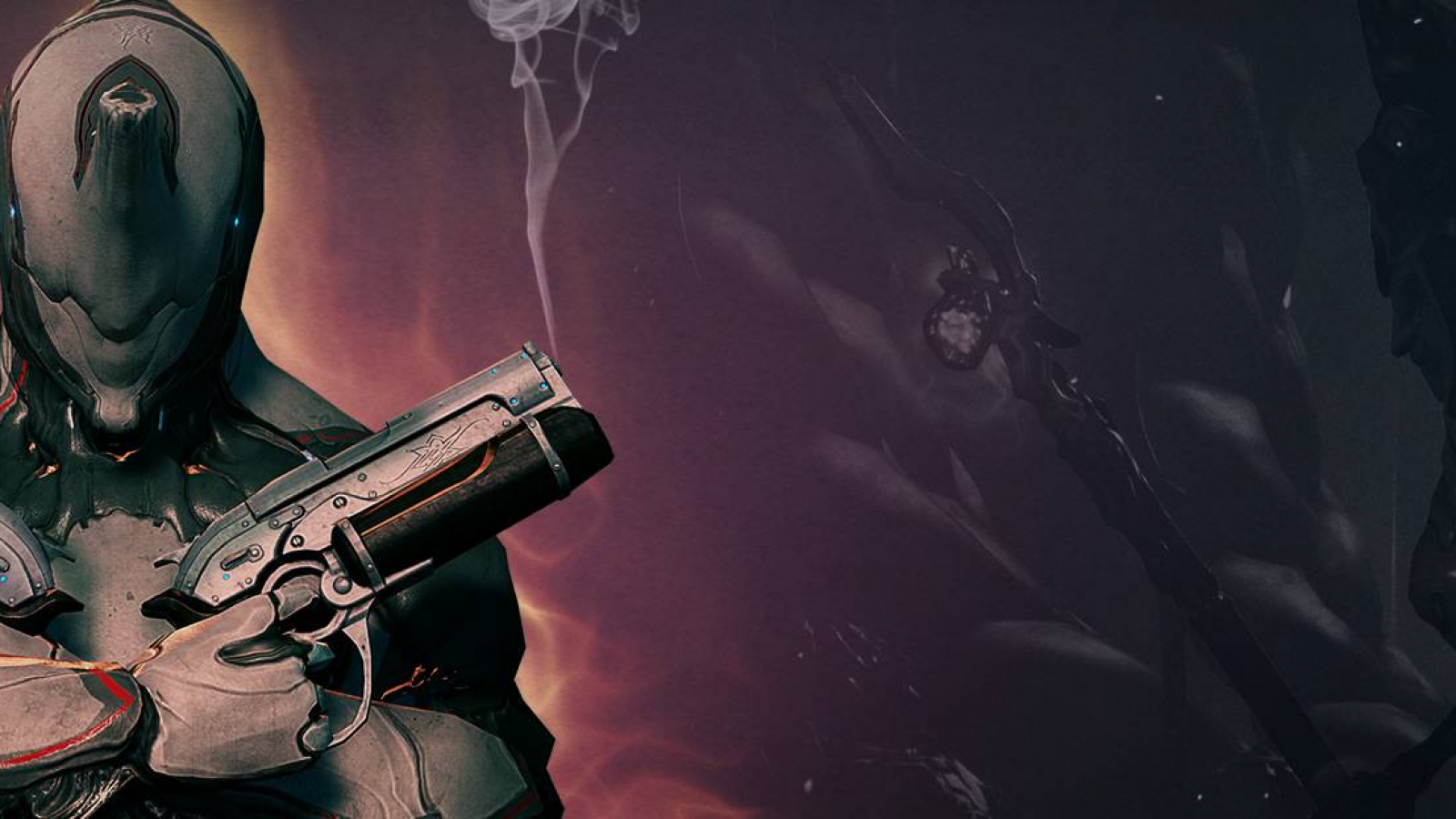 The War Within is making its way to consoles, and the Devs are hopefully making their way to a warm and sunny place. As the final Devstream of the year, we took a look at what 2016 brought us, what to expect for the rest of December, and what will be coming in 2017.

If you want to see all the reveals and discussions as they happened, including Spear Gun and Nidus (the Infested Warframe) gameplay, the winners of the first-ever Tenno Choice Awards, and Ember’s Deluxe Skin concept, you can watch it here For those of you who want the reward without doing all the work, you can read the TL;DR version below.

· A 24-hour Gift of the Lotus Alert is live on all Platforms.

· The War Within is now available on PlayStation 4 and Xbox One!

· Valkyr Prime is here! Expect her Ballas-narrated Trailer in 2017.

· Get your hands on Ember Prime and Frost Prime Packs before the Prime Vault closes on January 3rd, 2017.

· Warframe has been nominated for a few MMO awards. You can vote here

We asked you what your favourite livestream moments were from this year, and showcased the most popular of your suggestions. If you want to laugh, cry, and cringe along with us, you can watch the entire segment here.

2016 has been a busy year for Deluxe Skin concept reveals, so to continue this trend, here is what to expect for our fiery and fierce lady, Ember:

The next Deluxe Skin to be released will be for Frost. We revealed it in Devstream #81, but in case you missed it, here’s what it will look like.

We first teased the Infested Warframe during our PAX Australia panel, and he is planned t to be released by the end of this year accompanied by a new Quest. His name was picked from suggestions submitted by our Design Council, and is now officially named “Nidus”. Like Inaros, he has no shields but he also comes with Passive Health Regen. To add to the hype, let’s take a look at his abilities:

His 1 ability shoots out a line of Infested tendrils in front of him, that refunds energy if used successfully. Each enemy caught in the line of tendrils contributes to your Adaptation Stack. A UI counter will display the number of stacks above your Energy Bar in the bottom right-hand corner of your screen. Each stack increase animates Nidus’ armor, and the ghastly infestation grows on the Warframe just as it does in the environment.

To help you quickly build up the Adaption stack, Nidus’ 2 ability is a tendril power which will grab any enemy in range and pull them towards a point on the map so you can use your 1 on multiple foes all at once.

The following GIF illustrates his second ability, and then his first, but you can hear more explanation and see more examples at this timestamp. https://youtu.be/ZA36moz3GAA?t=34m42s


Nidus’ 3 ability is cast on a foe and creates a Symbiotic Link between the two of you. All damage done against you is transferred to your linked target instead.


After building your Adaptation Stack up to 4, you are able to cast Nidus’ 4 ability. This spawns an Infestation pad on the ground around you, and with it, Maggots that will do your bidding.

The spear gun has made an appearance in quite a Devstreams, but this is the first time our Tenno will really get to see it in action.

There are two modes to this gun:

- A Fire Blast with a small charge up period

- A Spear Throwing mode, which does an AOE with knockdown. You will need to pick up your Spear from where it landed before you can use it again.

Limbo’s rework is something that has been mentioned in passing over the course of a few Devstreams, and Scott confirmed that we will have changes to show you next year. The key focus behind any tweaks will be on making it easier for him to get in and out of the Rift. Instead of being tied to his abilities, this mechanic will be linked to dodging and other movement effects. Effort

Additionally, looking at the Rift itself, we are toying with expanding upon the “control the battlefield” idea to include time manipulation, so that Limbo can slow or stop enemies completely in order to better plan out his attacks.

This proposed rework is preliminary and is subject to change.

Here’s a look at an upcoming pump-action shotgun. No further details are available at the moment.

Eric from our Lighting Team showcased some upcoming changes to the Ceres tileset, but we had more improvements to share that you should expect to see in-game soon:

- New sound tweaks, as shown by George from our Sound Team, to remove crowding of sound effects and to add clarity. You can hear them here To see a visual representation of the changes, you can see how the channels and sequencers were refined here.

These changes will also be coming to future tilesets, with tweaks to fit the mood of each map.

- Secondary Weapon Riven Mods will be added in an upcoming update. We are currently exploring ways to best add them to the Sortie drop tables.

- The next round of TennoGen on PC will be released by the end of the month, and Console Tenno can expect 10 more TennoGen items early next year.

- Nidus’ Quest will also be available early next year for Consoles.

- Dark Sectors are coming back.

- Arcane Distillers not being consumed on use is coming, but is still being prototyped.

- Damage 3.0 and Dojos are serious conversations that will be happening next year.

Thank you all for an amazing year! We really appreciate your support and patience, and we are so grateful for every single one of you. <3