Tenno - we’re back with another Devstream and a look at what’s to come in Warframe!

If you want to watch all the shenanigans live, you can do so in the full episode on our YouTube channel, or catch the important details in our recap below: 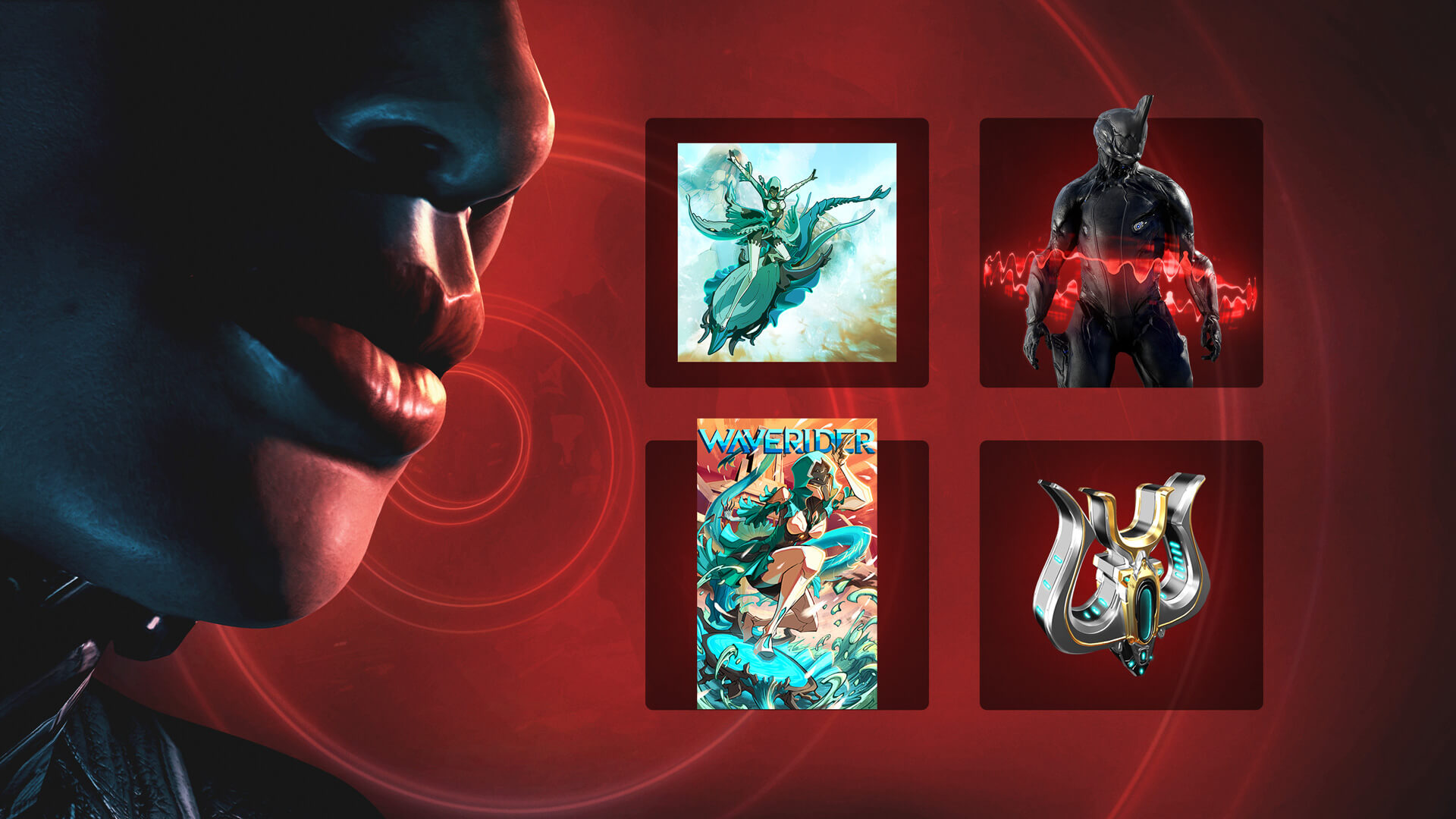 Road to the New War

To help all new and existing Tenno prepare for The New War release, we have a slew of bonus weekends planned to get your Warframes whipped into shape! 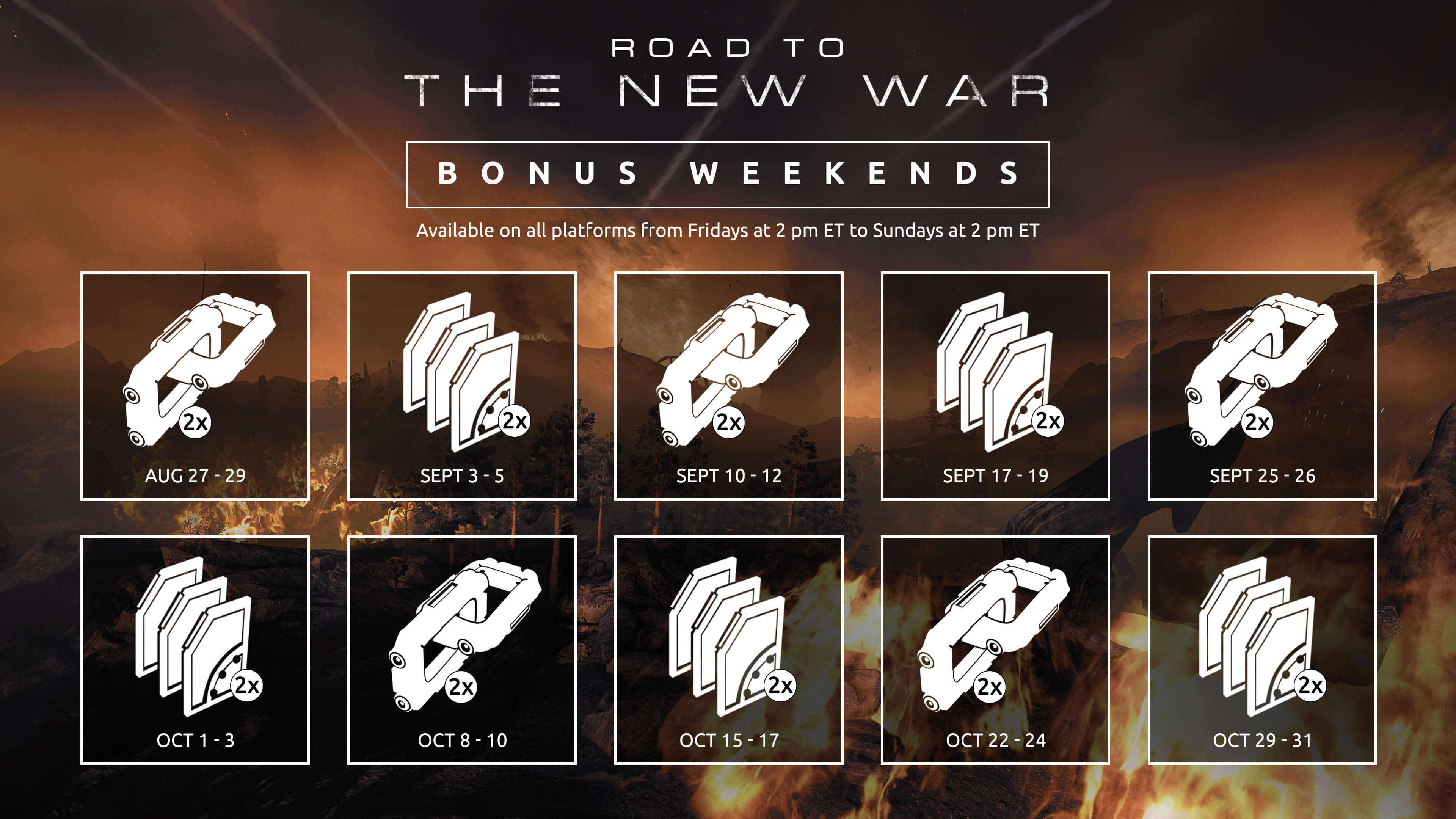 The timeline of these Alerts is no indication of our planned release for The New War. 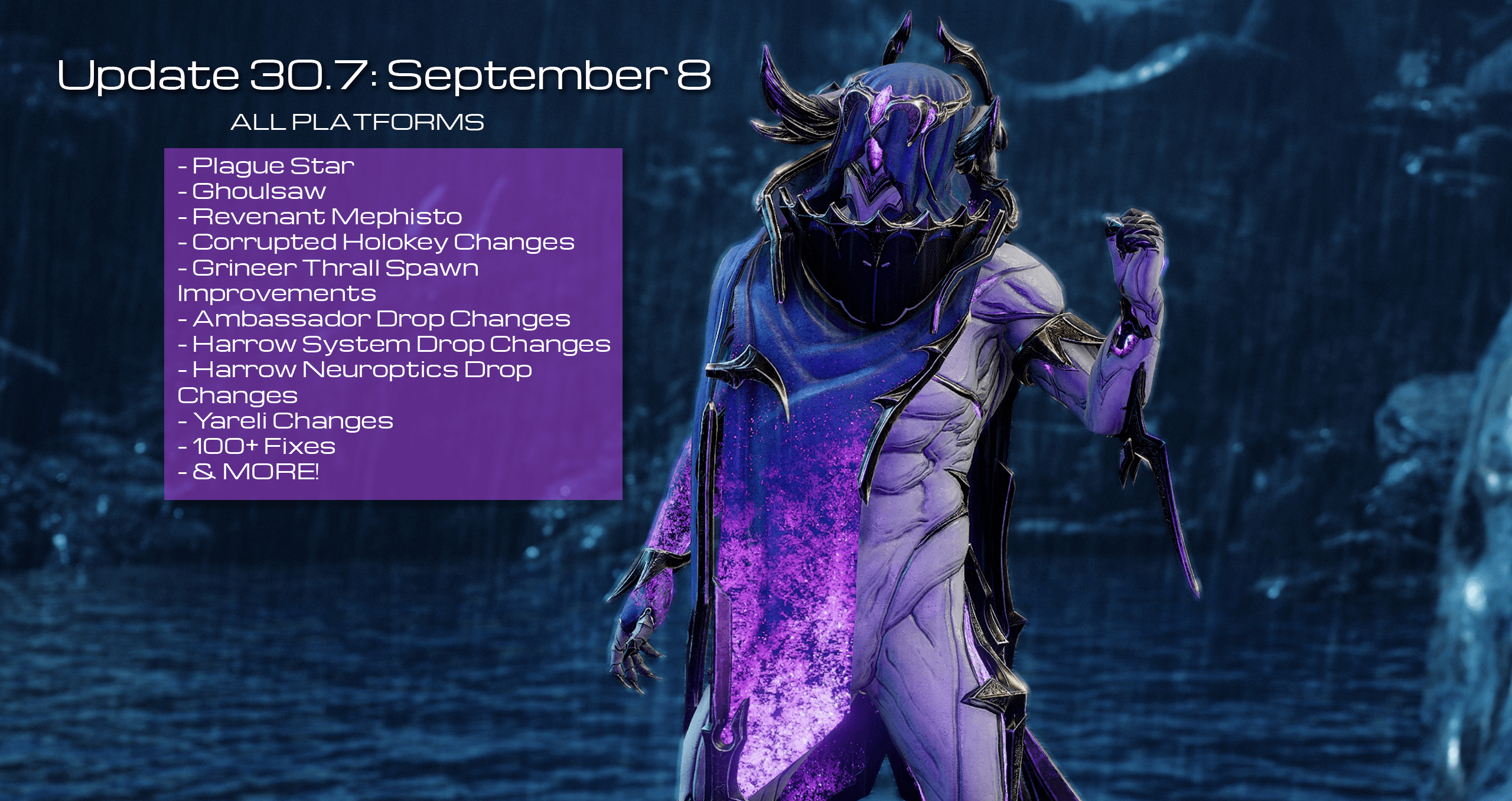 Our next release is a mix of content and QOL changes! The image above touches on them briefly, but we’ll explain them a little more below:

The long-awaited Revenant deluxe skin designed by Debby Sheen is arriving on September 8! With the Skin, you can also expect some new Customizations: 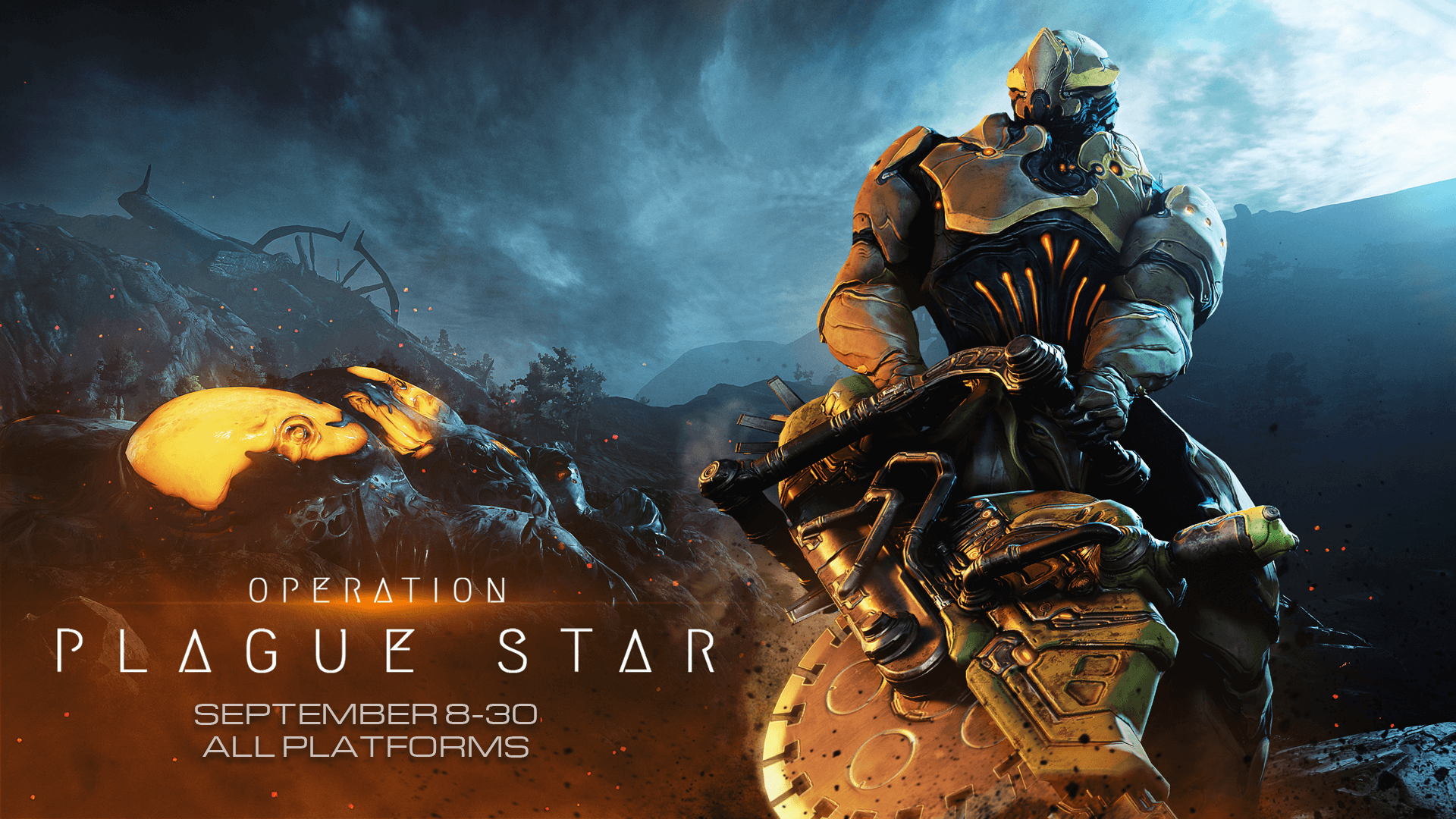 Speaking of long-awaited, the Ghoul Saw is ready and raring to go! You will be able to obtain this new weapon, its parts, and its Stance via the Plague Star store while the event is live from September 8 to September 30th!

Here’s a look of its combos in-game:

Revealed at TennoCon, we have a little more to show off for our next Prime! His exact release date hasn’t been announced, but with him you can expect:

Our infested king is also coming with his very own Ballas-narrated trailer, so keep an eye (and ear) out for that when he is released!

Designed by Liger Inuzuka, we’re adding another strong contender to the “buff as hell” Warframe list! 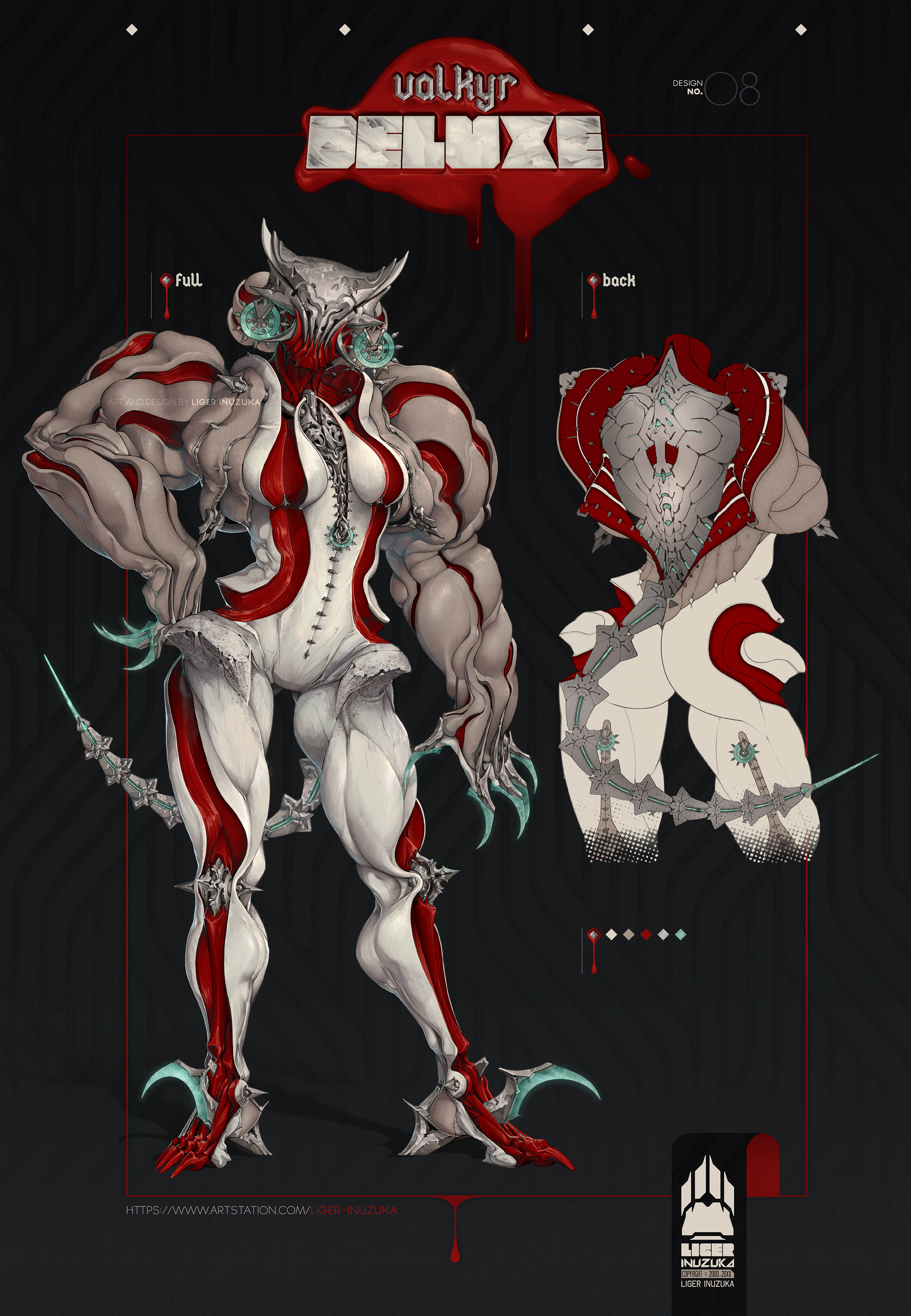 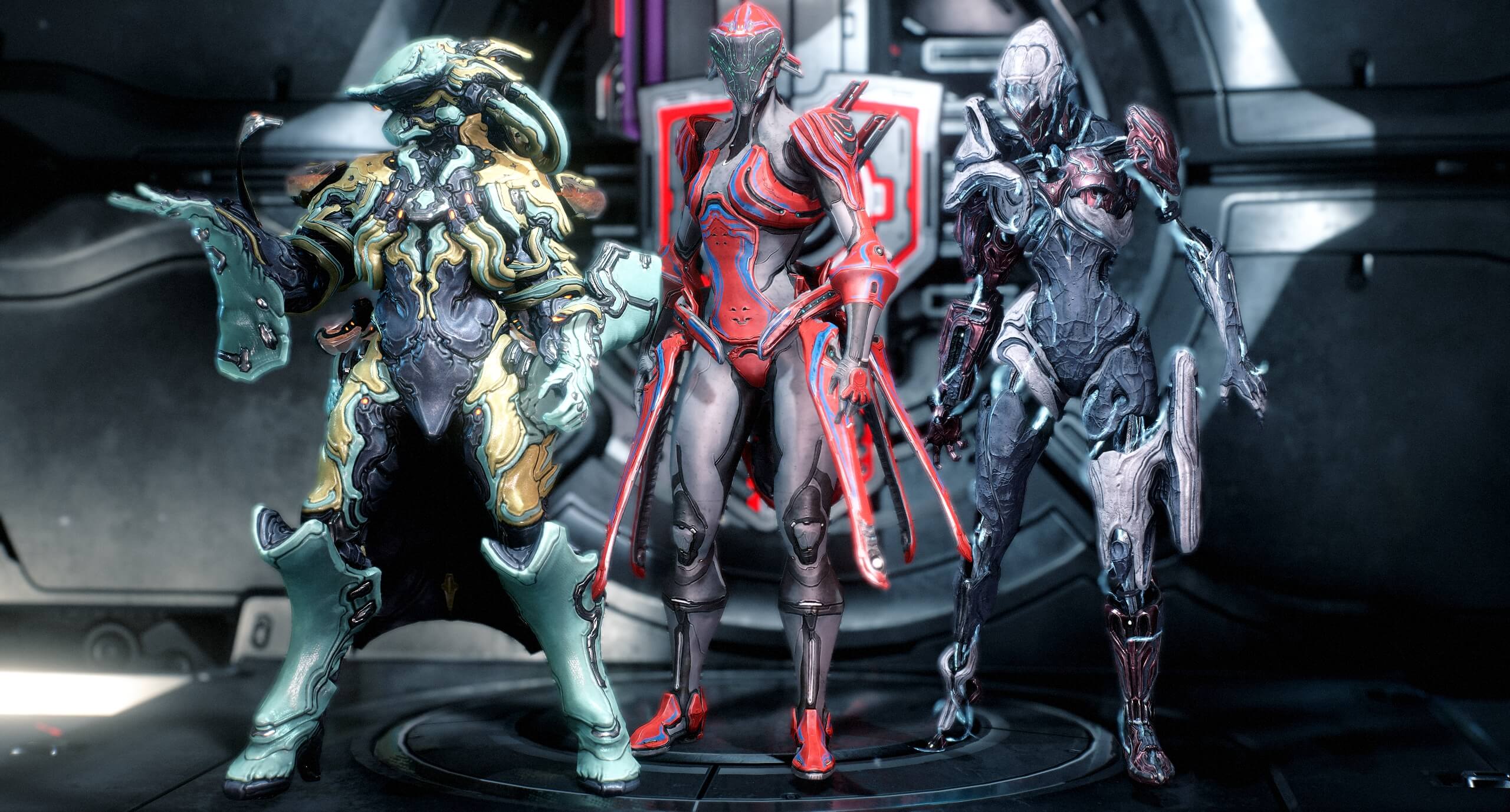 We have 4 new Augments in the works -- 2 for Xaku, and 1 each for Lavos and Trinity!

Change to reduce cooldown of all Abilities by (X) seconds for hitting a cluster of enemies (exact number TBD), while also adding an ability range buff for Ophidian Bite.

When a stolen weapon deals damage to a target affected by an ability of The Lost, Xaku heals for HP.

Casting a Lost ability increases the power strength of The Lost by a certain % and will stack. Casting the same lost ability twice in a row resets the bonus.

Gain ranged (primary/secondary weapon) Crit Chance % for each % you heal on your allies. On refresh it adds up new value and refreshes the timer.

If you joined us in-game for our TennoCon Relay event, you might remember we had some technical difficulties -- but we’re still determined to showcase the incredible work and storytelling crafted by our team! You can experience the full Relay showcase at the following timestamp on YouTube: