Sign Up
Devstream 154
Yareli, Sisters of Parvos and more! A look at all things Update 30.5! 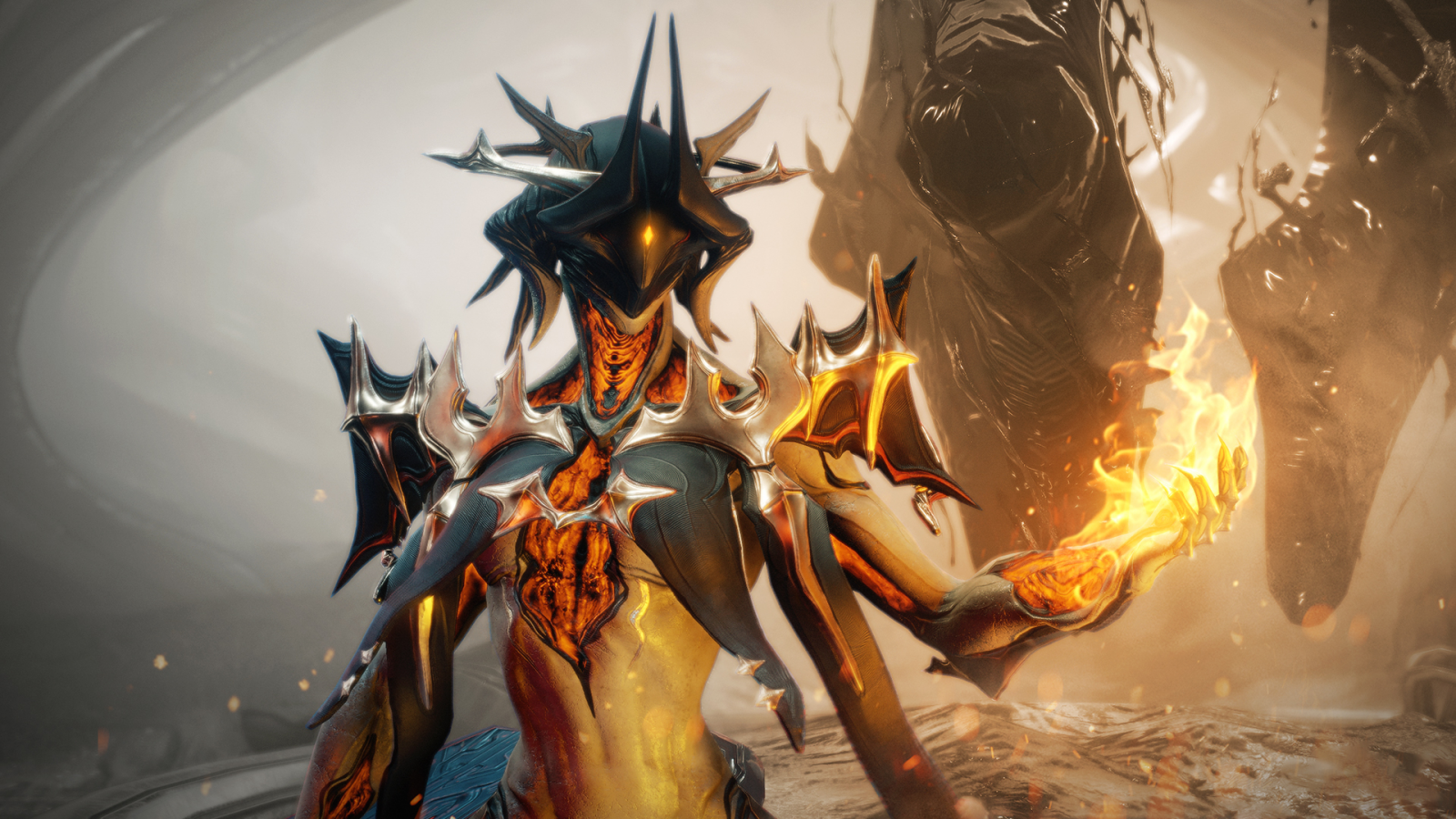 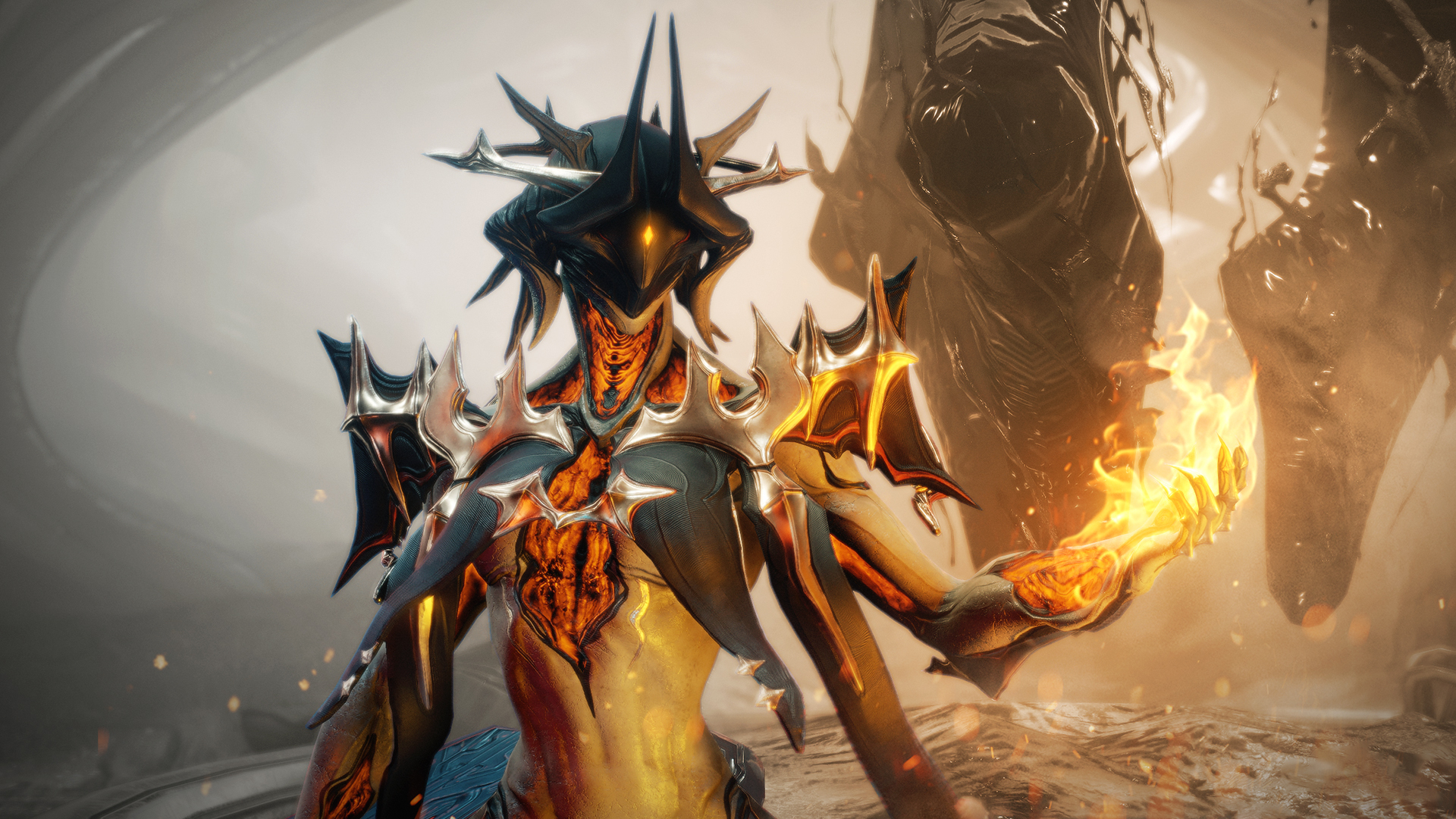 Devstream 154 has come and gone, but we’re here if you missed all the chatter about the Sisters of Parvos, Yareli, and more! For a look at what’s coming in Update 30.5, you can catch all the action in our Devstream recording, or read about the highlights in our recap below.

- The usual Gift of the Lotus Alerts are live on all platforms for 24 hours after the stream. Don’t miss your chance at a Shotgun Riven Mod, and an Orokin Catalyst Blueprint!
- We’re celebrating 8 years of Warframe! Join in on the celebrations to earn the new Rhino Dex Skin, and take part in limited Alerts and Bonus Weekends until May 17.
- Check out some of the amazing community covers of "Sleeping in the Cold Below" by fellow Tenno!
- TennoCon 2021 is happening on July 17th! More details about this Digital Event will be coming closer to that date. But Rebecca has confirmed that we are getting IRL Floofs as TennoCon Merch! 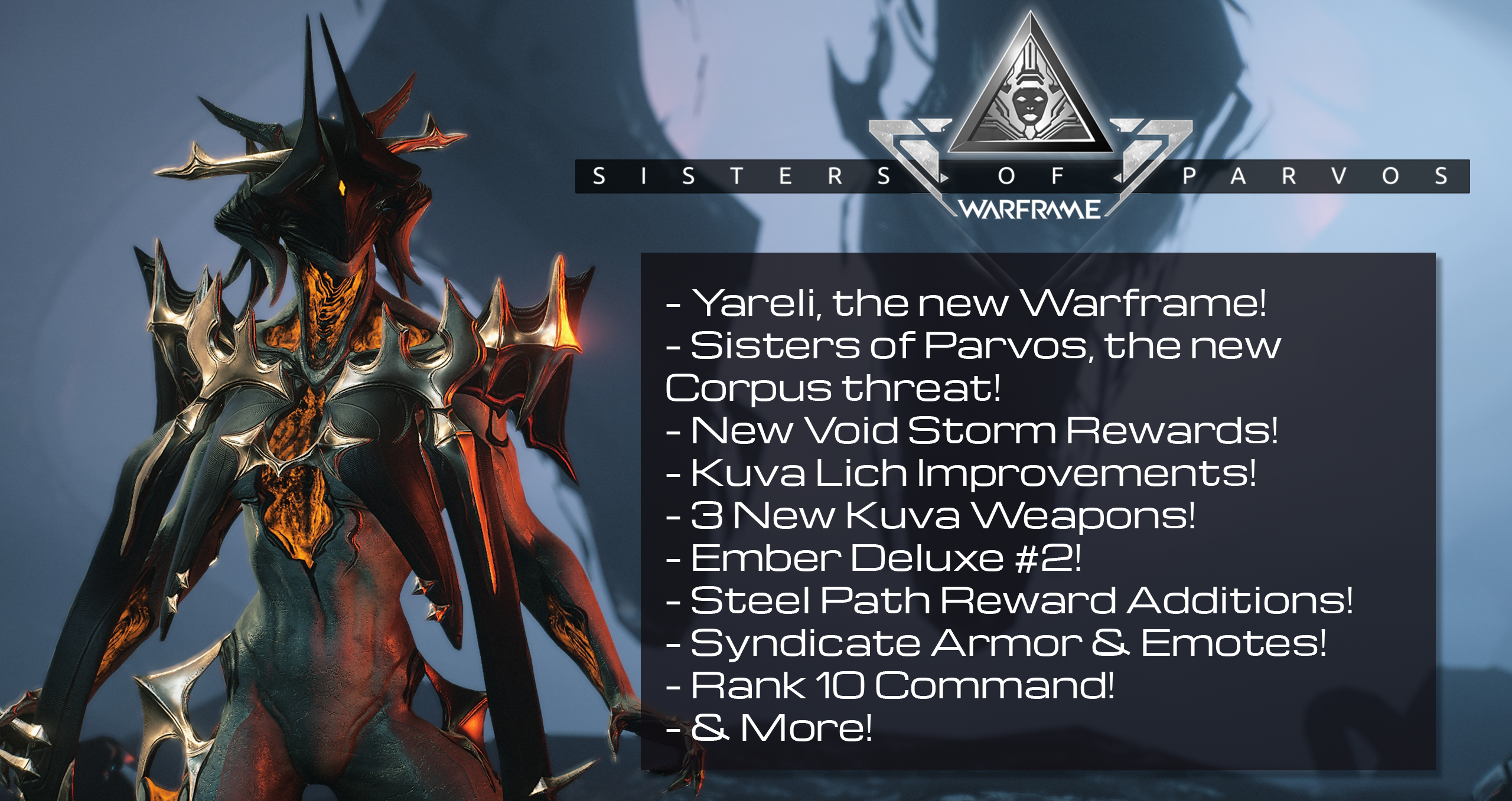 As you can see in the list above, our next major update has a lot in store! We’ll go through each item point by point and show you what was revealed on-stream.

Our next Warframe’s aesthetic might be familiar to you if you are a Warframe Fanart connoisseur. Lovely Yareli was designed by Matias Tapia, known for their Magical Girl Warframe series. 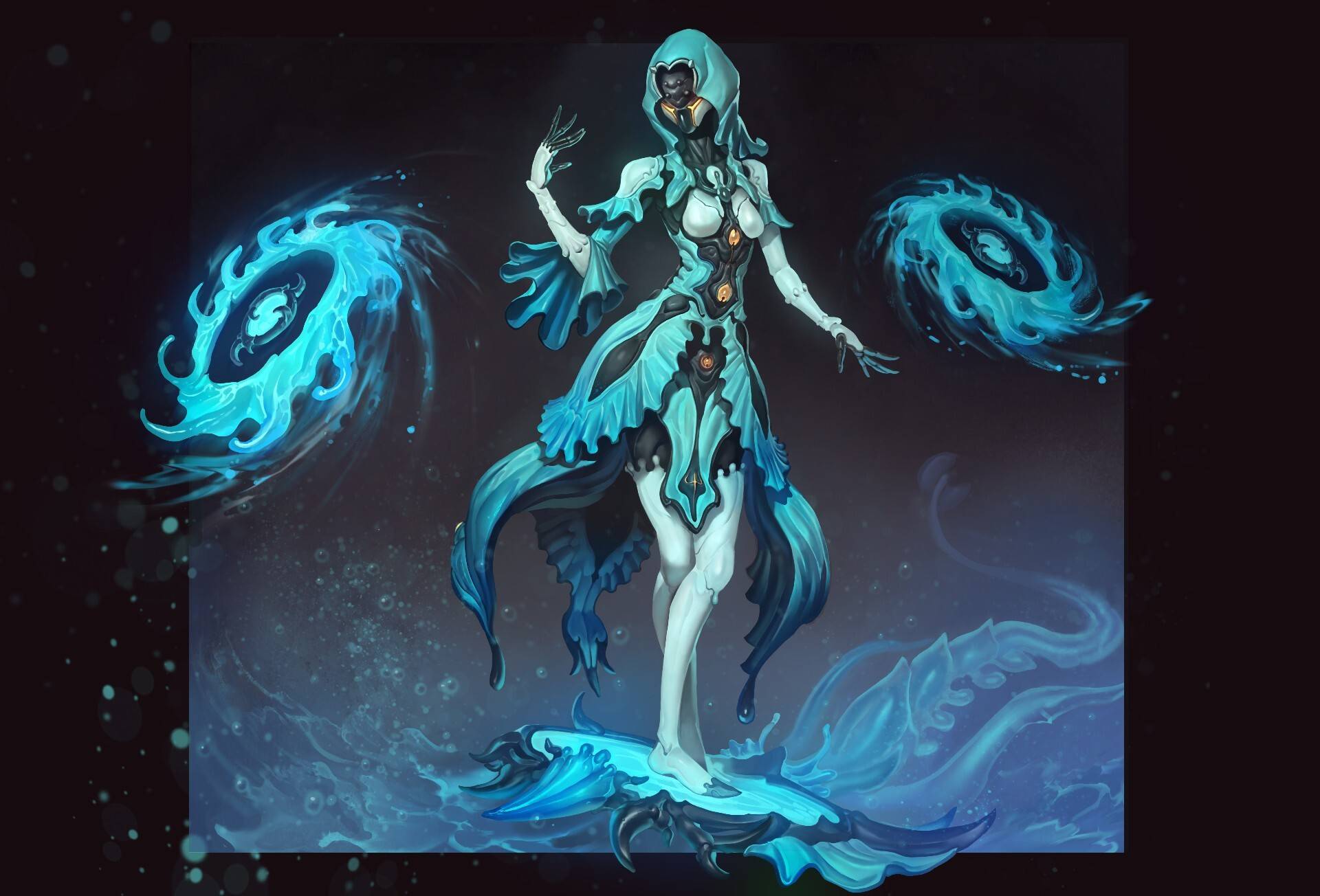 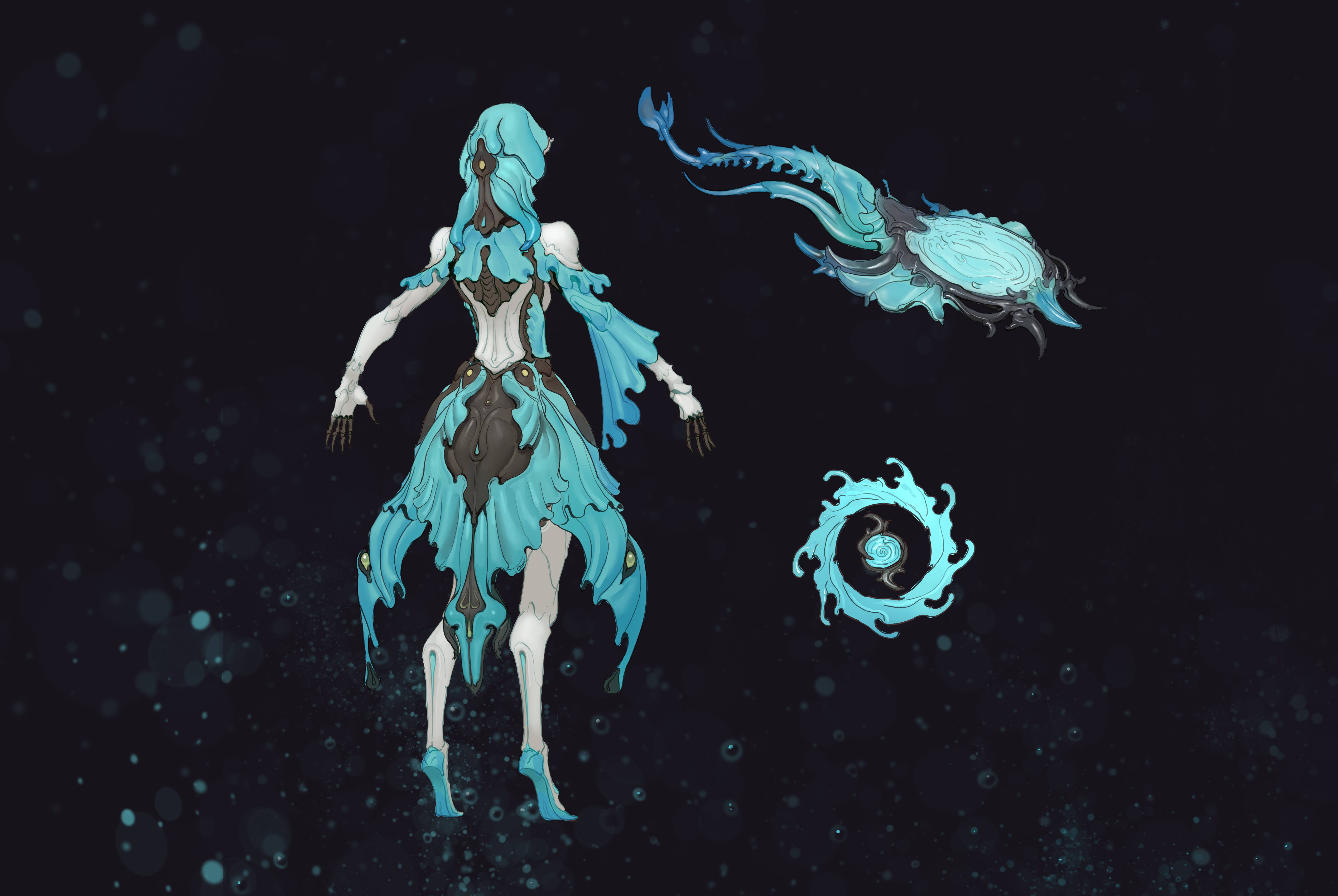 We’ll do a full kit reveal in our May Devstream, but here’s what Pablo has to say about her design and intentions thus-far:

You may know them as the Queenpins or Corpus Liches -- but their final in-lore name is revealed! These new Corpus foes bring an elevated threat, and 9 new weapons, including variants of the Arca Plasmor and Flux Rifle.

If you are familiar with the Kuva Lich system, these Sisters will bring their own unique twist to the Lich-style fights with the help of their randomized hounds. As with Kuva Liches, the appearance of these Hounds will be randomized with each Sister of Parvos generated. The head of the progenitor Warframe will be carried around by them, on a platter no less! 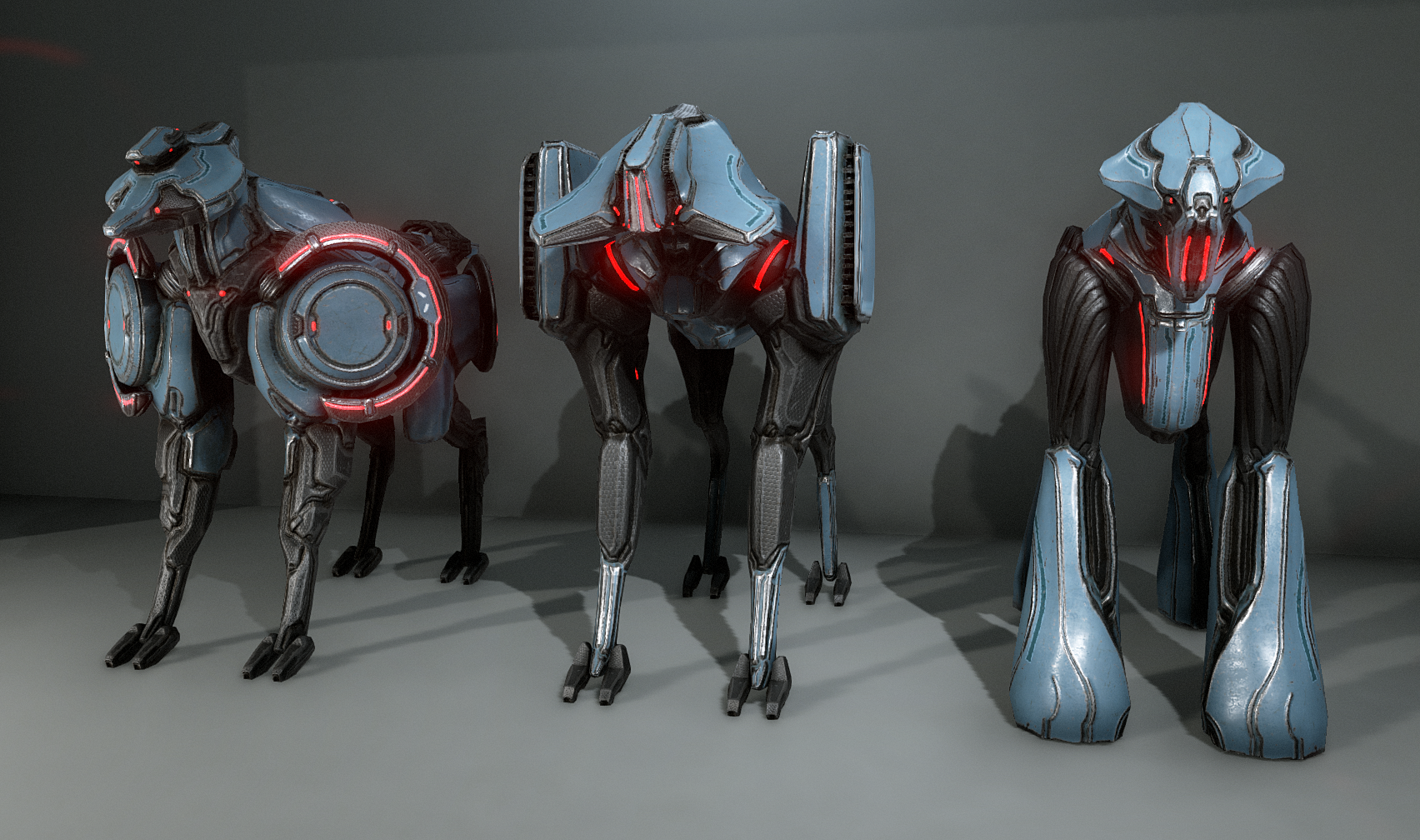 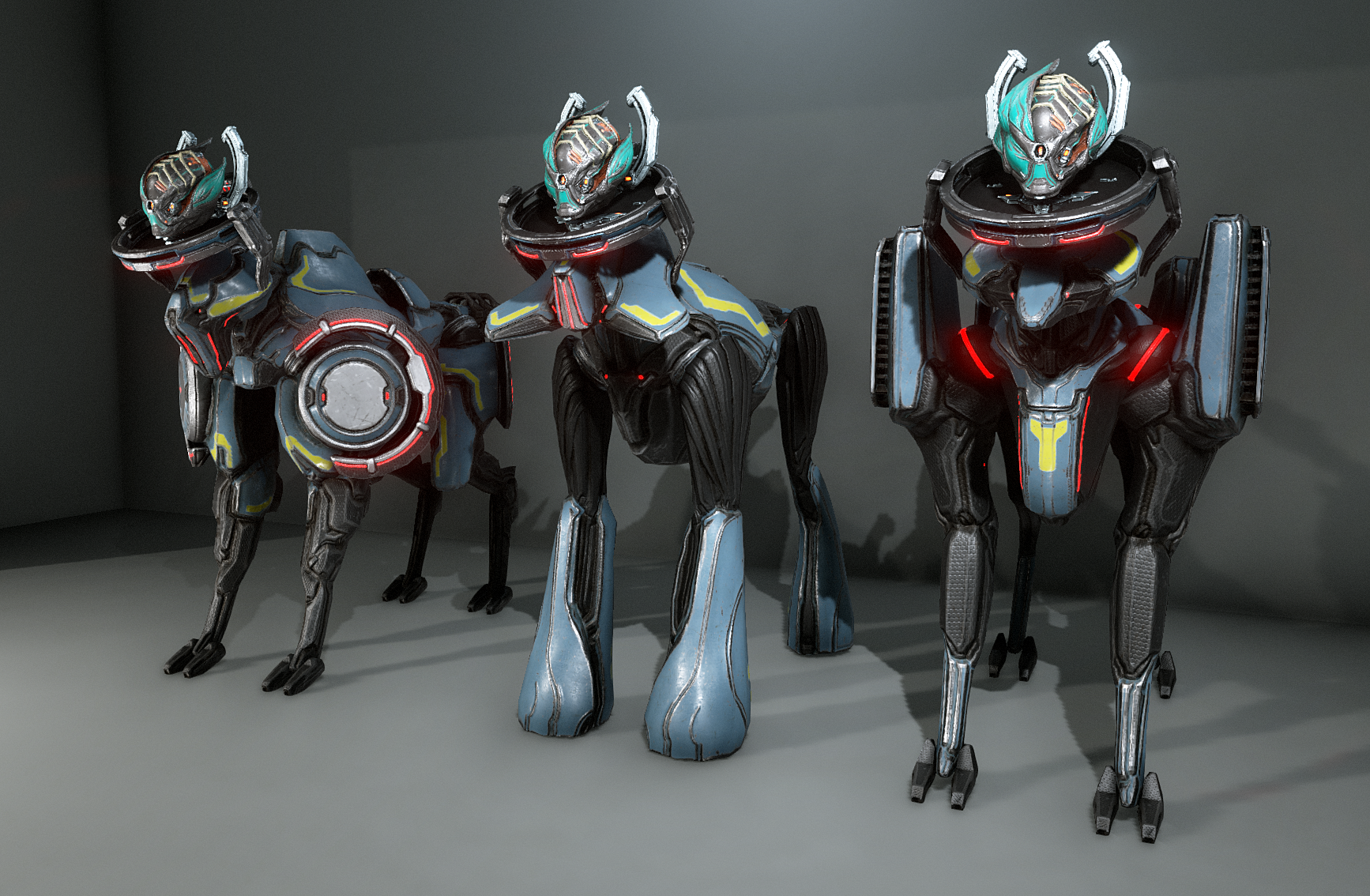 Geoff also brought with him some animations of the assassination takedown for these new enemies, as well as some of their custom attack animations:

In-theme with the new weapons coming with the Sisters of Parvos, Void Storms will also be receiving some refreshed rewards as well. The exact details on their acquisition will come next Devstream, but for the meantime, enjoy the pure anime aesthetic of these briefcase melee weapons:

General Lich grind reduction and a wild card system are in the works as well, to be detailed more in our next Devstream! We’re sorry we don’t have more to share, but we’re excited to confirm that improvements are coming!

Our Liches will not be forgotten in the wake of our new Sisters either -- with Update 30.5, you can expect 3 new Kuva weapons: Kuva Hek, Kuva Grattler, and Kuva Zarr.

Designed by Debby Sheen, she is finally releasing and our bodies are so ready:

Teshin, Daddy Dax himself, is getting some store updates! Soon, you’ll be able to trade your Steel Essence for:

- Teshin Noggle
- Shotgun Weapon Recoil Mod
- Cadus Staff
- Various “In-Action” Warframe Glyphs
- Riven Cypher (one a week) -- allowing you to bypass the unveil challenge! If you can’t nail headshots during your aim glide, or wall latch to save your life, this one’s for you! 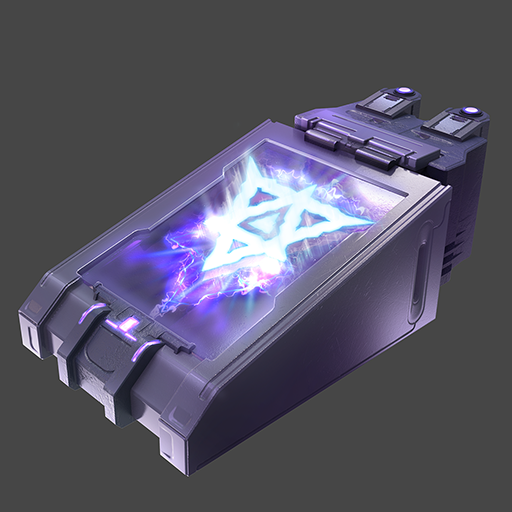 We’re expanding our Syndicate offerings -- it’s been a minute since we’ve added anything but Augments to these storefronts, so save up your medallions if this future content is up your alley.

Syndicate Armor Pieces
Additionally, each Syndicate will be releasing their own themed armor set. Here is a brief preview of them, but if you’d like to see them all showcased, you can see for yourself on YouTube at this video timestamp.

Four new Augments are in the works! Possibly for the Sisters of Parvos, if not before -- we’re not ready to commit to a date just yet. As always, values are subject to change.

Wisp: Reservoir
Exilus. Adds a 4th entry to reservoirs that drops all three at once, at a greater cost.

Grendel: Nourish
Clear status and gain status immunity for 2 sec per victim in his stomach.

Protea: Dispenser
Exilus: Press and hold to create a dispensary that can revive sentinels, with a 60 second cooldown.

Zephyr: Airburst
Gain bonus secondary damage (up to 500%) for each enemy hit.

Wreckage limits as they currently stand can impact the flow of Railjack missions -- if you are one to play long sessions of Railjack missions in a row, you might have experienced this yourself. To prevent the interruption of having to scrap Wreckage every few missions, Wreckage is changing in a fundamental way:

This way you can continue to gather these resources in the background as you play, and choose how to use them once you’re back in your Dry Dock.

If this explanation isn’t clear, below is a clip that shows this process more in action. As you can see, much of this process is still placeholder, so you can expect a more detailed write-up of the process upon release. Overall, we hope our intention to streamline this system is clear!

While Ember is slated for the Sisters of Parvos, Revenant’s deluxe is in the work -- and Geoff brought work-in-progress receipts to share! 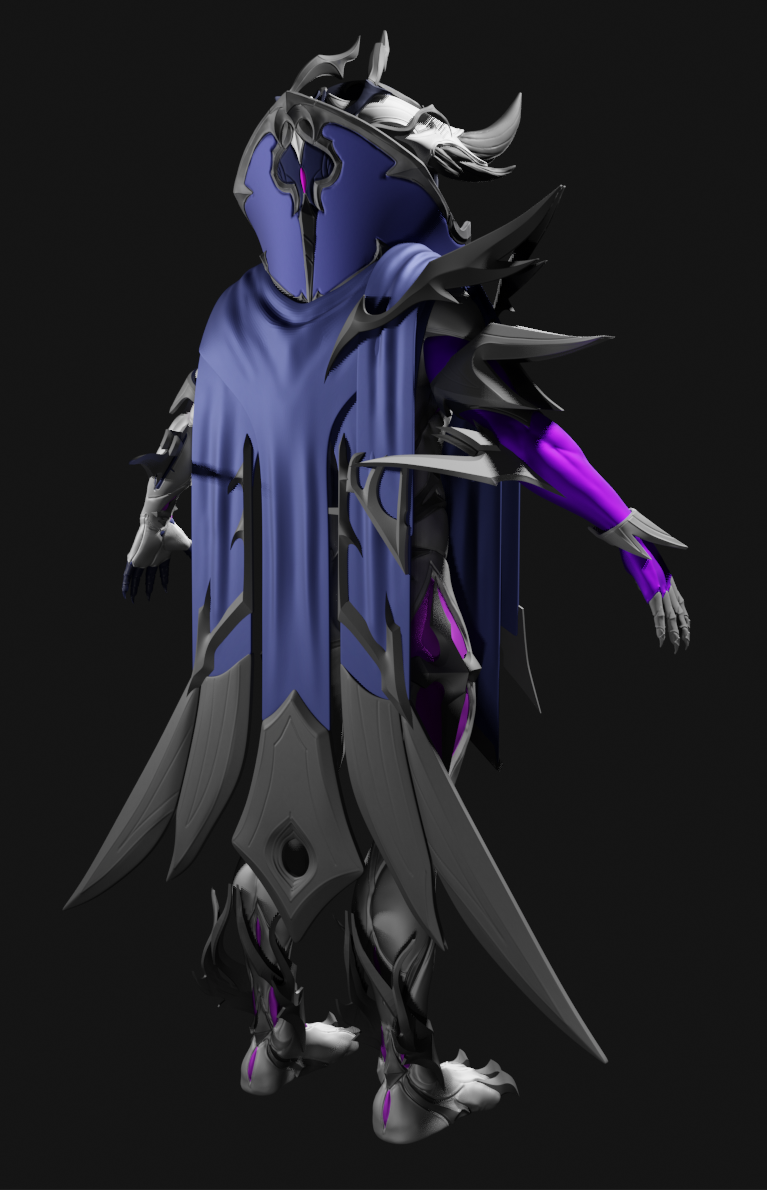 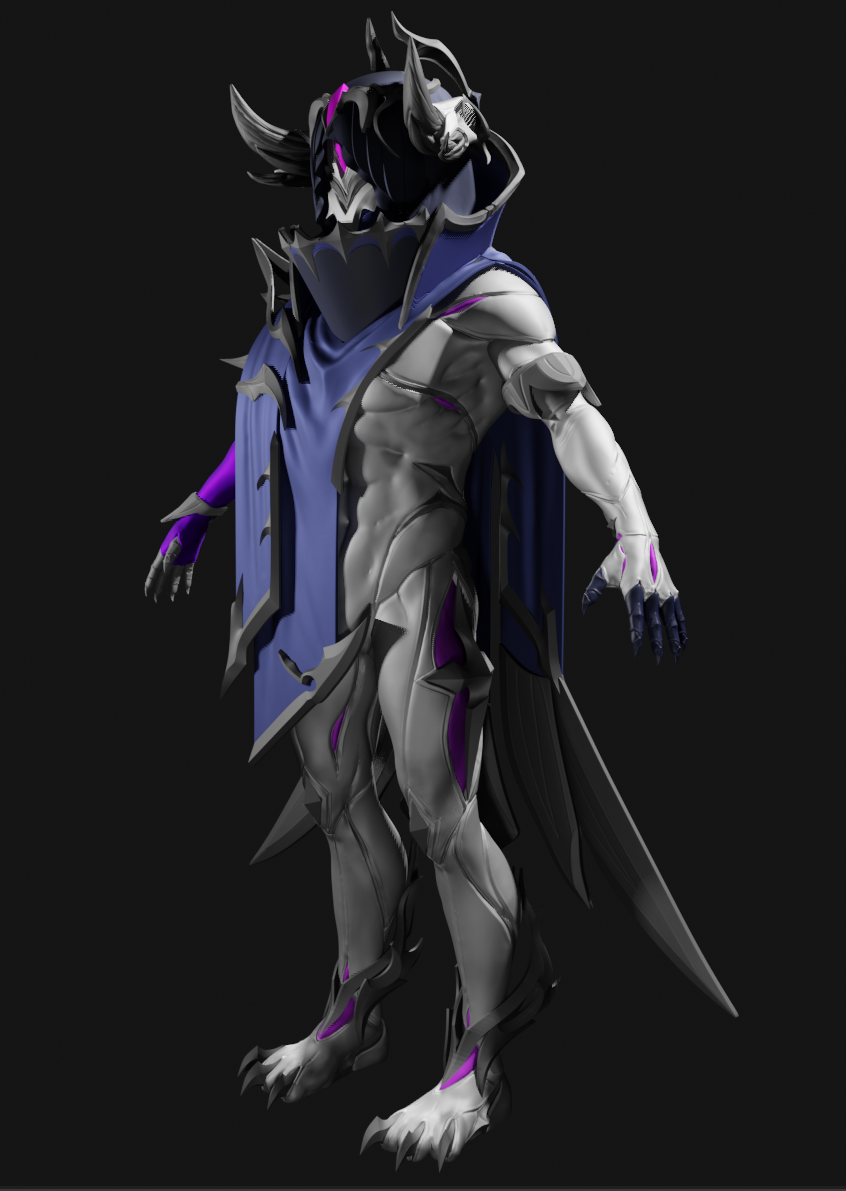 Call of the Tempestarii Reflections

It’s crazy to think the Call of the Tempestarii Iteration was only earlier this month, but the team has been gathering feedback and iterating since then. Steve specifically acknowledged that Void Storms missed the mark a bit, but we hope our (aforementioned) reward expansion and changes to the overall Void Storm FX will help with that!

He also mentioned some complexity issues that are still ongoing -- if your Railjack experience is still a little rocky, know we are still working on it in a technical capacity as well.

- Steve spoke about some Leverian Soul Searching. At this time, our narrative focus is on Quest work.
- Co-op friendly quests are a dream but something that greatly increases the technical difficulty of a quest. Much of what we’re working on currently deals with a personal tone too, which is difficult to navigate for co-op play. With that said, there is an interest in injecting more narrative to the co-op experience, similar to what we did with Scarlet Spear. Time will only tell!
- Plague Star and the Ghoul Saw will be released when Sheldon and Rebecca finally learn to get along. In all seriousness, it is a question and request we are aware of, but do not have concrete details at this time.