We’re back on the couch this week with a look at a new Operation, and a new Prime Warframe! This is a gameplay-heavy stream, so as always, be sure to watch the full stream for all of the details. If you’re looking for a recap of what was discussed, keep on reading down below.

Due to the widespread concerns surrounding COVID-19 we’ve made the difficult decision to cancel the attendee event portion of TennoCon 2020. This was not an easy decision, the health and well-being of our players and dev team is top priority.

Sharing the magic and excitement of TennoCon is very important to us. We are putting together plans that enable every Tenno worldwide to digitally share in the magic of TennoCon on July 11.

Our next Prime Warframe is our fairy queen herself: Titania!

She is coming with Corinth Prime and Pangolin Sword Prime, and features her own unique movement set and special FX when in Razorwing!

Corinth Prime also is coming with an interesting alt-fire mechanic, allowing you to detonate your buckshot:

In anticipation of its launch soon(TM), here is a look at the gameplay loop coming with Operation: Scarlet Spear!

Players who join the Scarlet Spear Flotilla on Earth are given the opportunity of two different mission types: Murex Raid on your Railjack, or Ground Assault on Earth! These are endless missions that bring you into contact with a new Sentient threat, and offer you incentives for pushing your squad and gear to its limit. The longer you stay, the more worthwhile it will be!

Gather kill codes by disabling new Condrix enemies on Earth, and upload the codes to Orbit for your fellow Tenno in space:

The Murex Raid players need to balance defense of the OpLinks in a Sentient ship, while also defending a satellite with their Railjack:

Rewards purchasable from Little Duck in the Flotilla:

In this update, you can also expect the Nova Atomica Collection, featuring the second Nova Deluxe Skin, a sniper skin, and a unique Syandana!

Thank you for the great feedback from Warframe: Revised! Below are changes you can expect soon on PC, and in the coming Cert build for our console Tenno!

Each impact proc increases the chance of your enemy being opened for a parazon finisher. Instead of knockdown and ragdolls, this status is focused on small and big staggers, ending in that parazon finisher.

Gas Status Area-of-Effect radius increases with the number of stacks, to a max of 10 stacks. If the host dies, the Gas Effects will continue to tick radial Damage-over-Time for the average of the remaining Effect duration. Finally, we are removing Gas damage resistance from Toxic Ancient Auras.

Based on feedback with the recent overhaul to Status Effects in Warframe Revised 27.2.0, the conversation of how Status Effects should react with Bosses or VIPS has started. Our first step down this road is starting with Kuva Liches.

Kuva Liches will be able to take Status Procs, but we are adjusting a few of them

Radiation does not change the enemy’s Faction, and instead of increasing Damage done to enemies with stacks, it increases the Damage taken from enemies who have turned on him/her. Impact will have a cooldown to prevent stunlocking.

In making these changes, we are also looking at the overall toughness of Liches to make them feel like a true VIP in your mission. 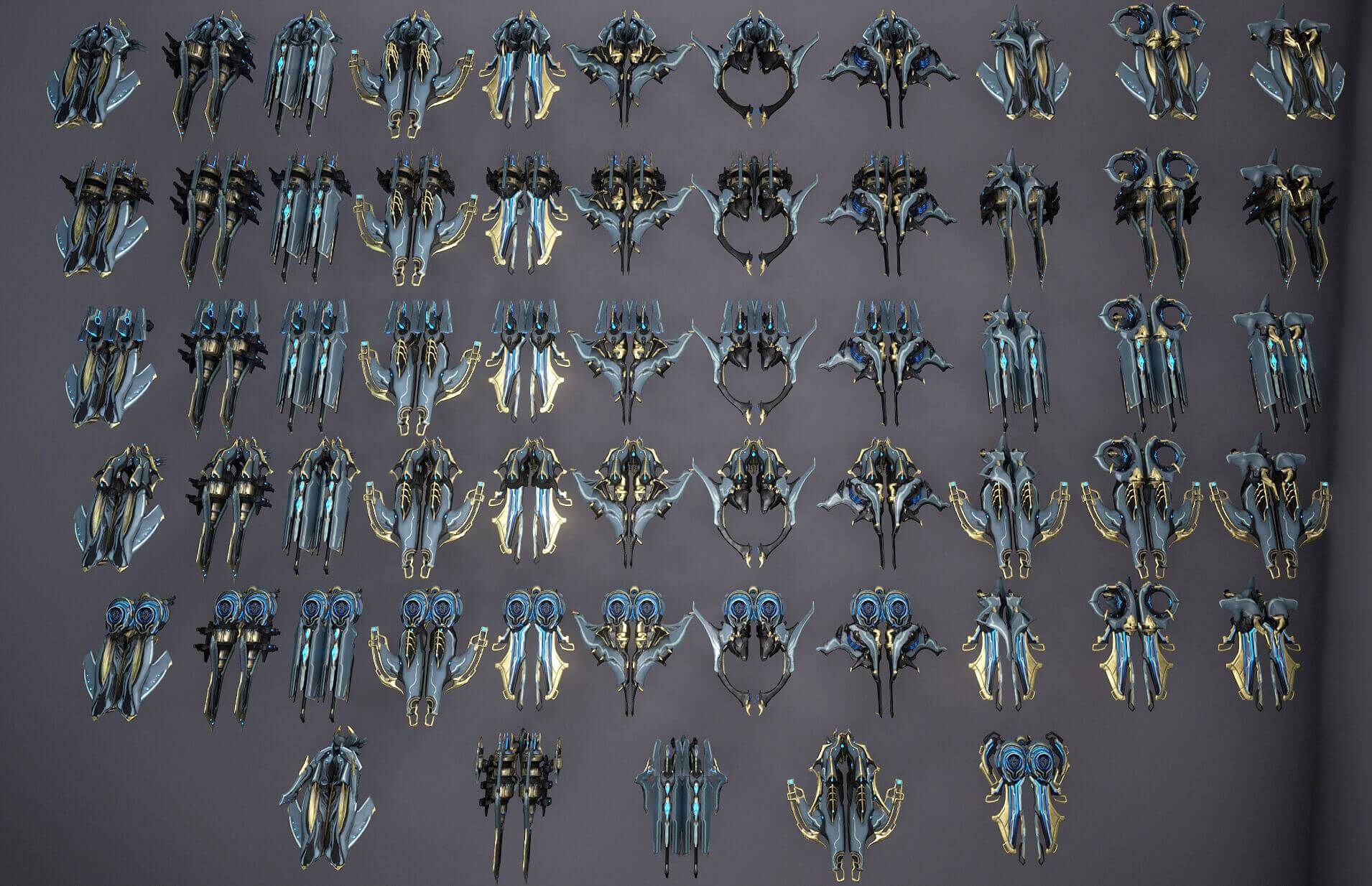 Here’s a look at all the various combinations you’ll be able to make with the existing Archwing sets once they turn modular. There was a lot teased and discussed, especially since there is another new set of modular items not even featured in this image.

If you already own all (or any) Archwings, you’ll be given their modular pieces to build them the way you want when this launches.