Sign Up
Devstream 136 Overview
A look into 2020, a new Waframe and more Tenno, we’re back on the couch for the first Devstream of 2020! In this week’s livestream, we talked about our holiday survey, and gave you a look at what to expect in this new year of Warframe!

What’s to come in terms of content and iteration? Check out the livestream for the full discussion on what to expect, or read the highlights in our overview below!

Thank you to everyone who responded to Steve’s survey on his Twitter -- we had just under 28,000 responses! If you want to hear Steve talk a little more about this, you can watch at this time stamp here: https://youtu.be/LLaXC3LcjYU?t=1077

Below, we’re going to feature a few graphs of responses from the 13 questions asked in the survey, but for the sake of space, we are making all graphs available in this imgur album here: https://imgur.com/a/OFmamMu

Again, in this Imgur Album, you can find graphs covering responses to the following questions:

Here is also a word cloud of the written responses, just for fun: 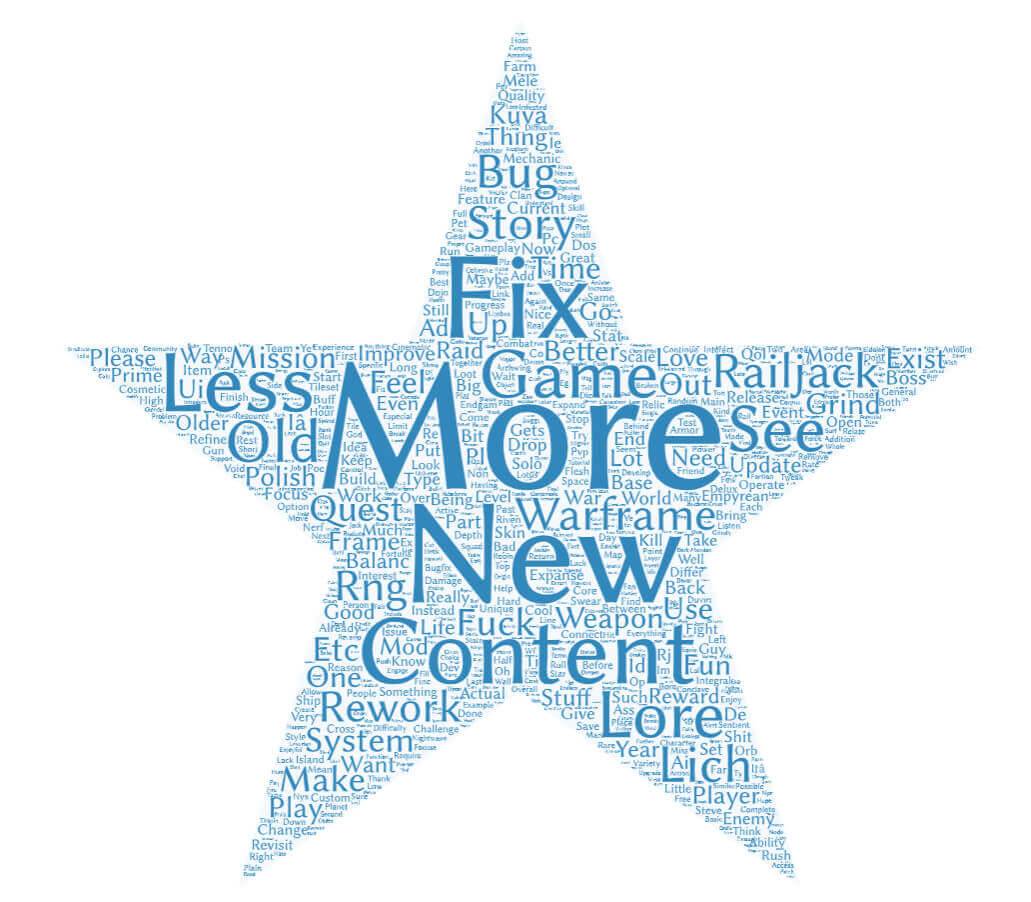 As you can see in the graphs above, Kuva Liches could use iterating to help this system be more enjoyable for the playerbase, and we are looking at feedback to help improve your Lich experience. Here are some of the changes we are planning:

Here’s a look at one of the Warframes we’re coming this year. She is tech-focused, maybe like Vauban’s niece! 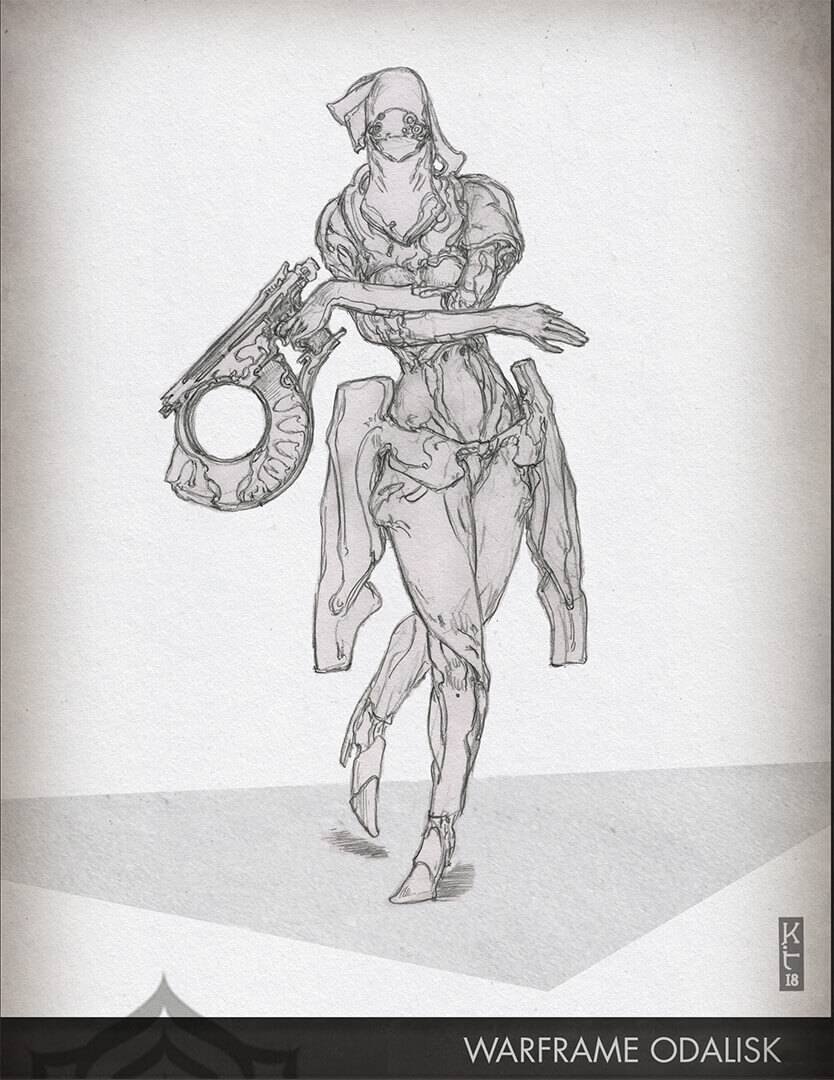 First Ability: Throw a fan of 3 grenades, with shrapnel clouds that proc and CC. Holding to cast has defensive capability: creates an energy trench that will give you a protective bubble when approached.

Second Ability: Drop a Big Fracking Gun in front of you that will shoot in front of it for a set duration and then disappear. It does AOE damage and the damage increases with each enemy you hit -- aim it at a crowd for maximum carnage!

Fourth Ability: Leave a temporal anchor of your energy, health, and ammo pool. You can shoot, take damage, cast abilities, etc. and once the ability ends, you will be reverted back to your original values when the “temporal anchor” was set.

Armour scaling is a topic that gets discussed every year, which means it’s hot on our minds at the beginning of 2020. Scott mentioned the concept of “S-curve” scaling, where the exponential increase would plateau out at around level 75-80, but still increase with levels.

Here are some preliminary armour value examples with the scaling change. This is all a work in progress, and is completely subject to change!

With changes to armour, we still want higher-level enemies to feel deadly, so altering damage output scaling would most likely be part of the change -- doing so without making players be one-shot is a tricky balance here.

New Corpus ships are coming as they will be the next Faction available for the Railjack expansion! For the Corpus expansion in Railjack specifically, we might invert the relationship of spending more time in the Capital ships, and less time in space. Additionally, we will offer more lore on the actual founding of the Corpus faction.

With that said, here are some cool new Corpus designs in the works -- not guaranteed for Railjack specifically. 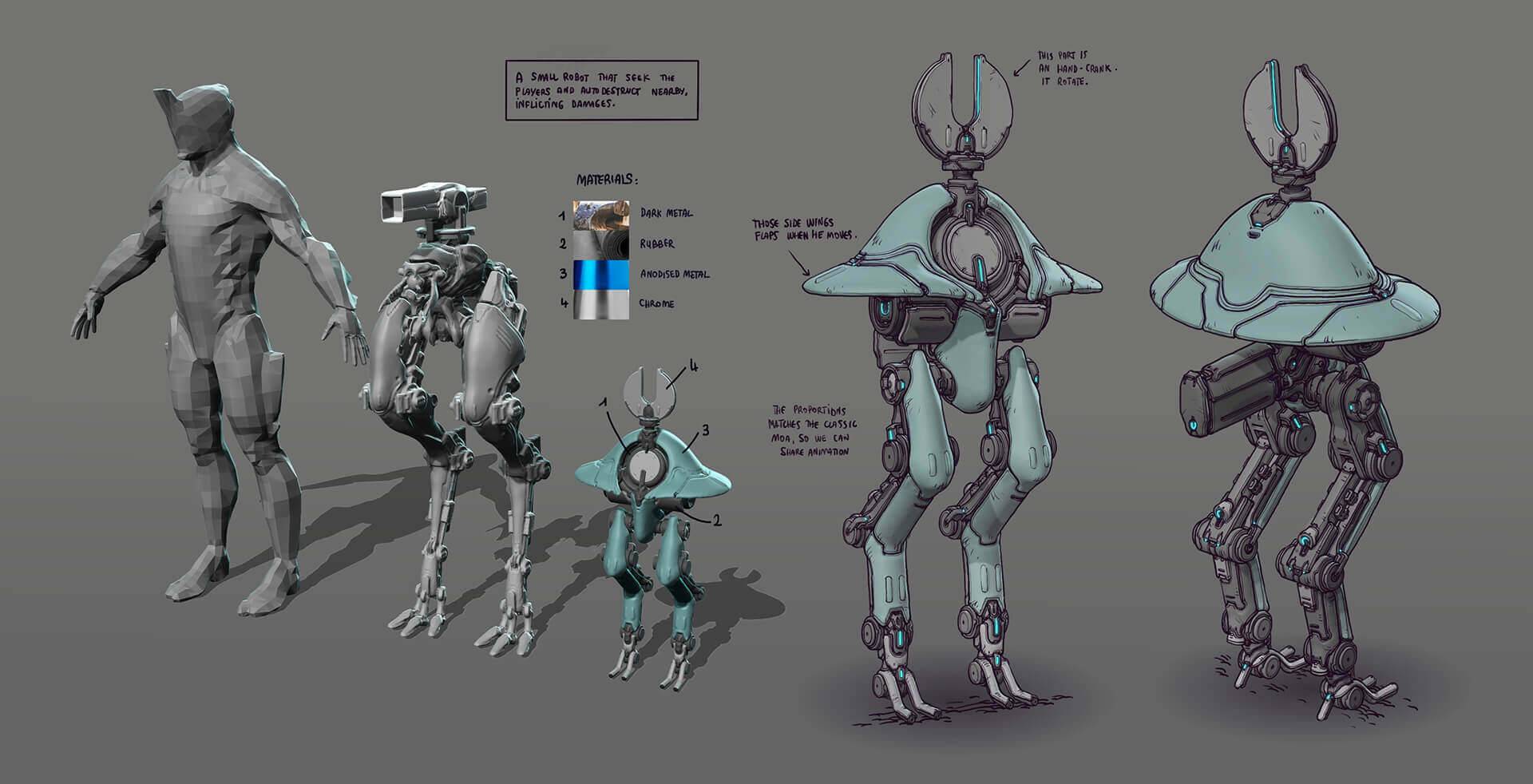 Venkra Tel and Sprag are getting a new look! With them, we might be touching their rewards or other functionality -- not much was shared! 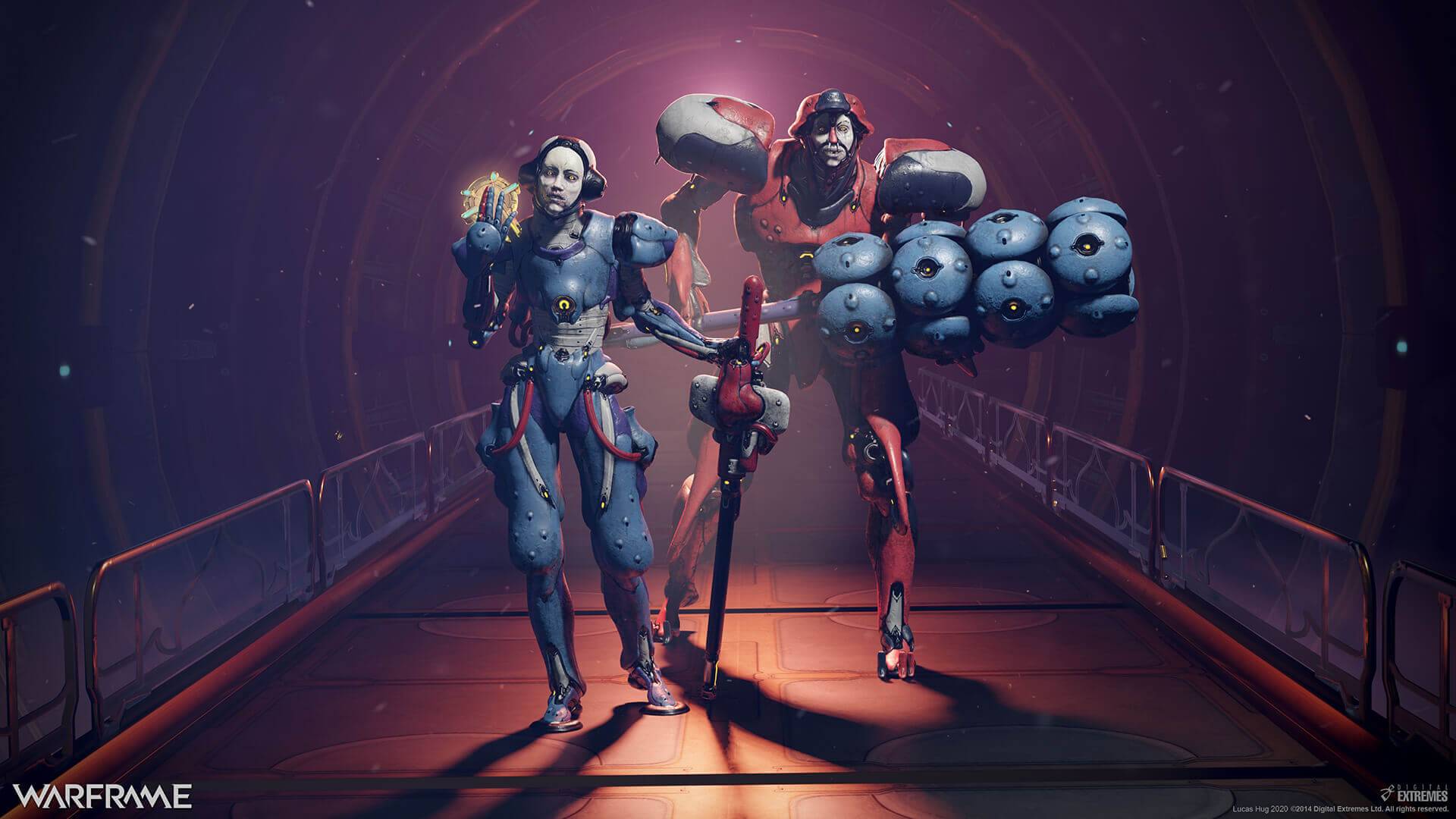 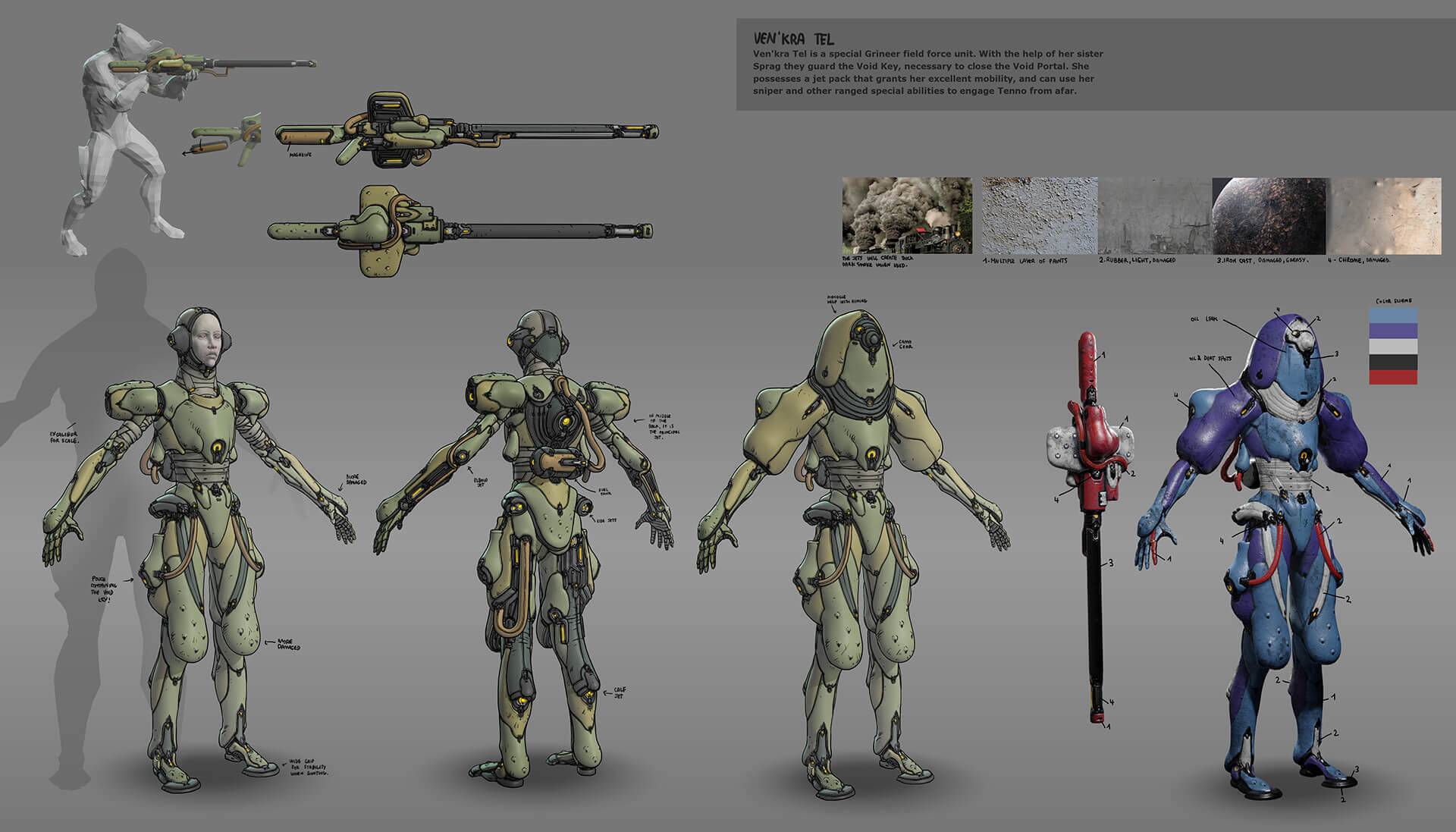 Infested has always taken over something -- Infested Corpus, Infested Grineer. In the following concept art, we are looking at Infested in its pure state. The first image is a space-scale Infested mass that leads to Infested microplanets -- something your Railjack could navigate through, for an idea of scale. 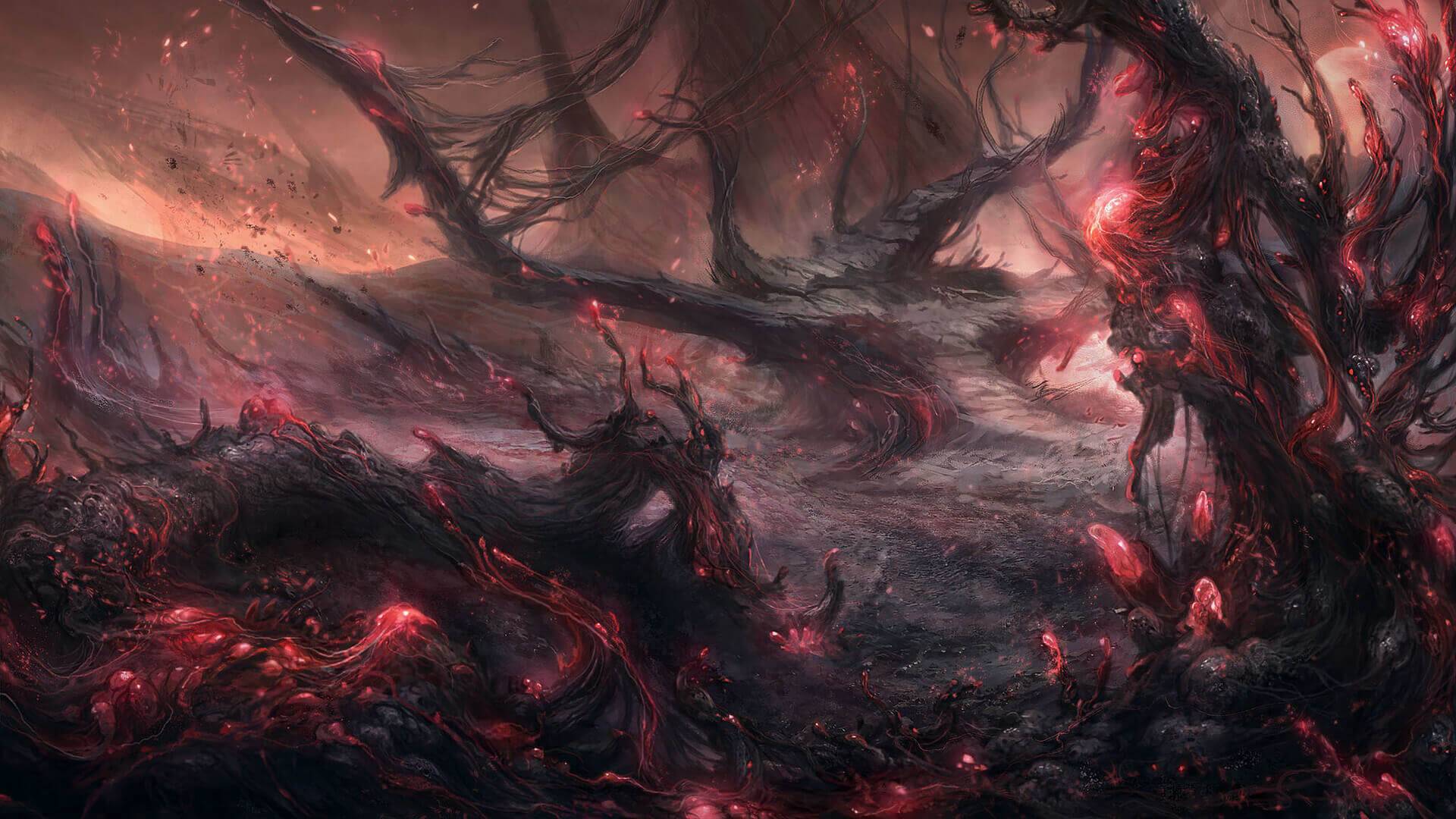 Legs is bringing you a new Moa with melee-focused capabilities! With this new friend, we are also introducing another Emotion Module: Tenacious.

We worked with Warframe Partners and their communities to gather suggestions for Baruuk Augments last year, and we have the first one to share with you!

Endless Lullaby (Lull): Performing a finisher on a sleeping enemy will retrigger Lull for 100% of the remaining duration.

For years you have been able to use your Clan Emblem as an Emblem on your Warframe -- we are looking to extend that functionality to Sigils as well! Here’s a look at the different type of Sigils available possibly in the future: 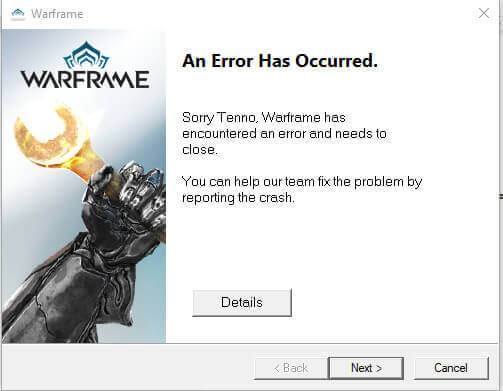 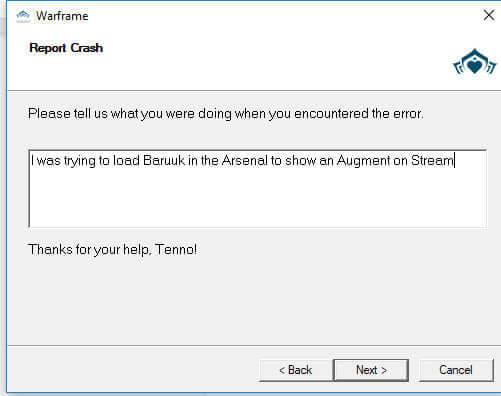 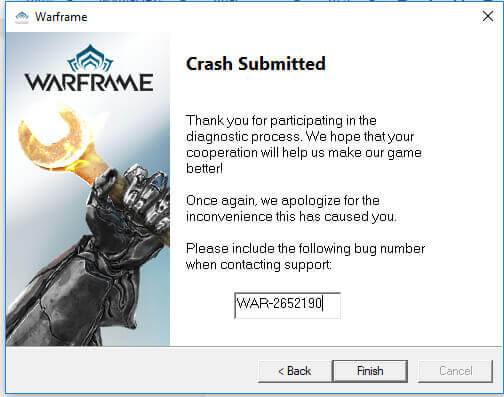 Leverians are a way for us to add more Lore to Warframes. If you enter a Warframe’s Leverian with the mastered Warframe, a Prex card will appear for you to collect -- if you can find it!

Ivara’s Leverian is the next one to come, here’s a look at her Prex Card: 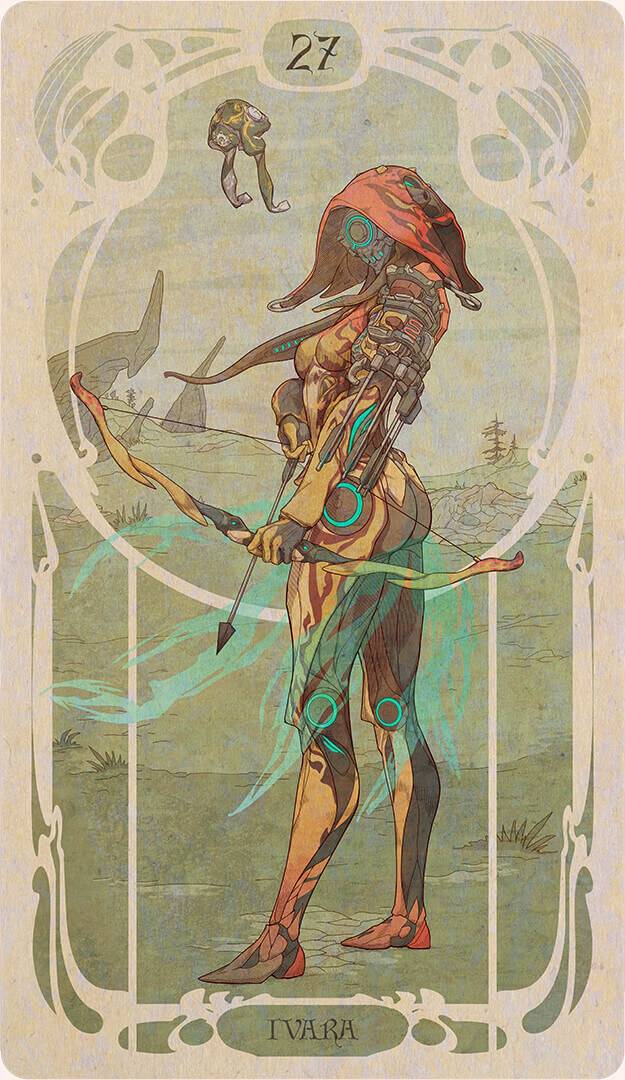 Here are 2 other new cards we’ve been working on: 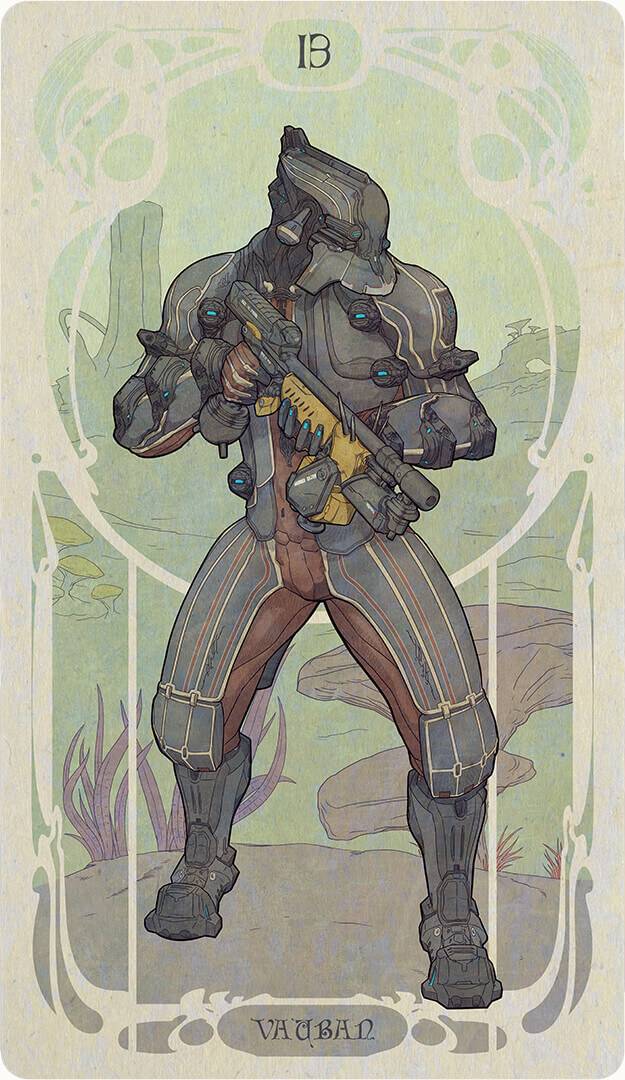 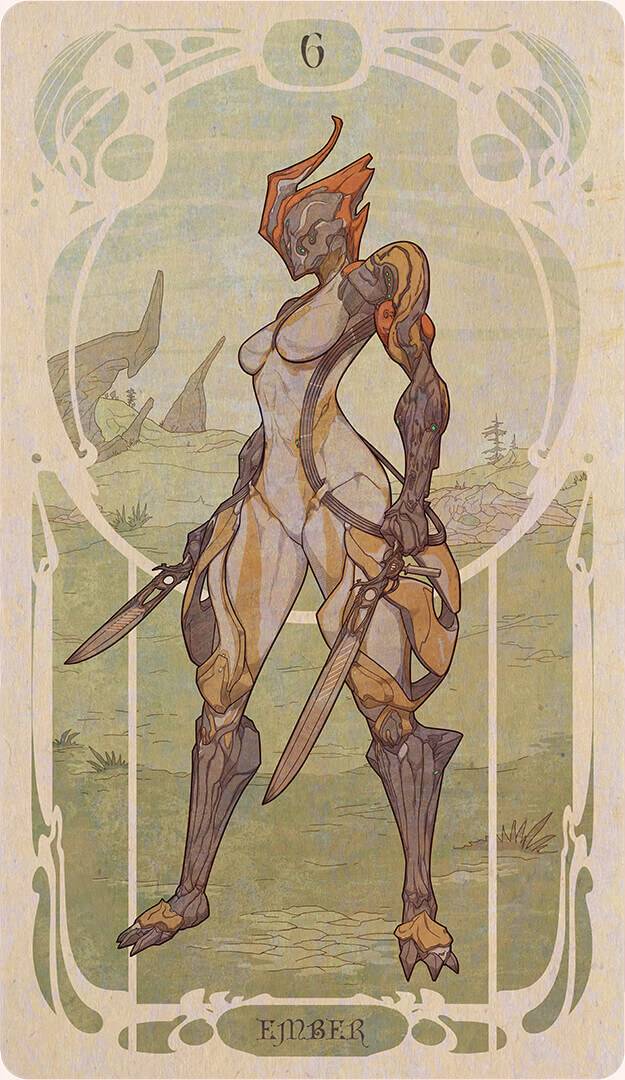 You can find all existing Prex Card images in this imgur album: https://imgur.com/a/FOvTGna