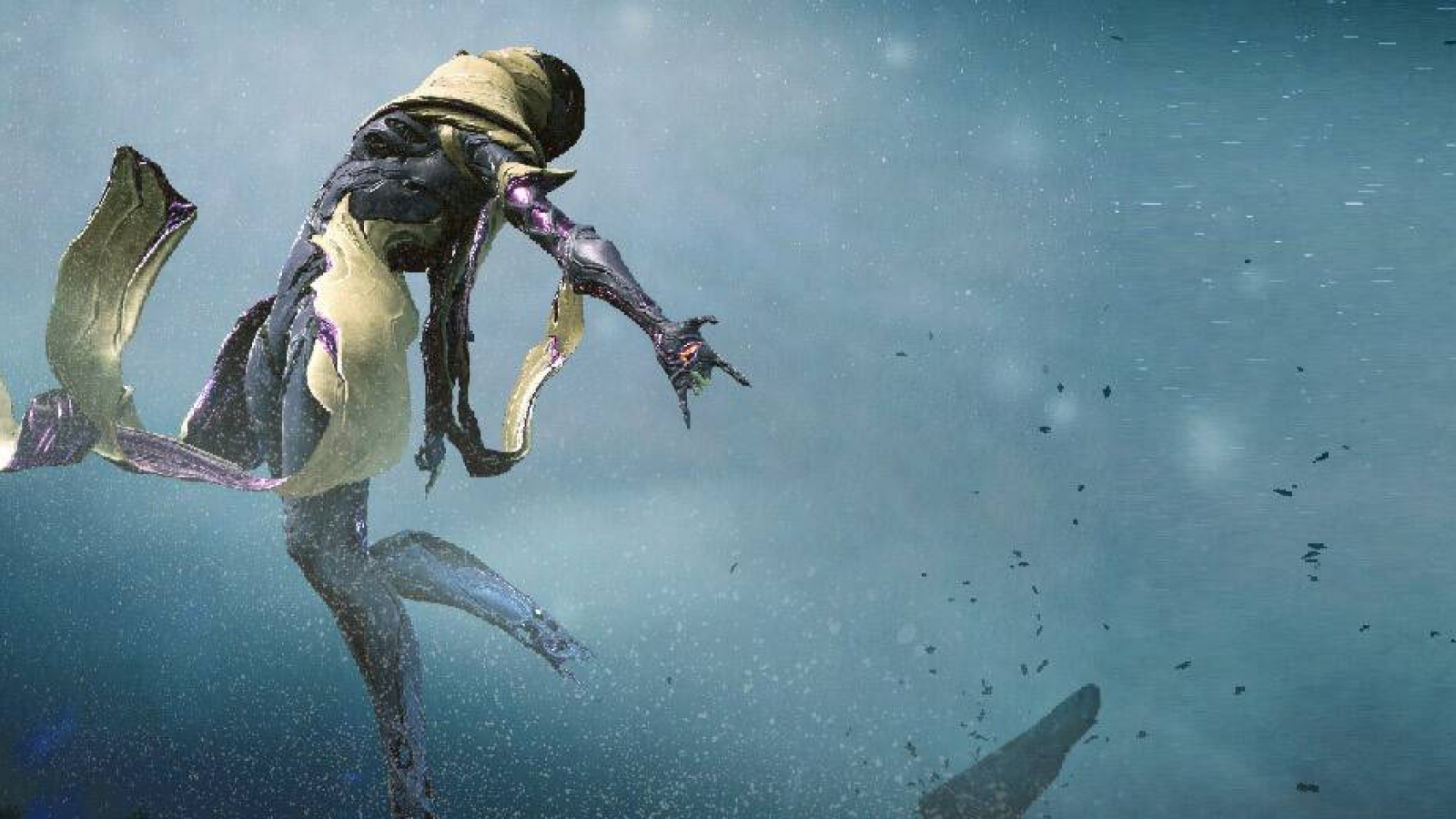 We’re back with another Devstream, featuring your first look at Wisp (the 40th Warframe’s) kit, as well as some Ephemeras and Deluxe skins in the work!

As usual, if you have the time, we recommend watching the full episode for all the nitty gritty details, or just read about the highlights in our recap below:

Time for your first look at Wisp’s kit is here! She won’t be coming with a cinematic quest, for those wondering. The intersection between offering lore with new Warframe’s is a tricky one, since implementing a quest can slow down a Warframe’s release. We’re looking into other ways to introduce more story, and have ideas that we might attempt very soon.

With that out of the way, let’s take a look at her abilities!

FIRST ABILITY – Cycle between placing 3 different types of reservoirs, which spawn a pickup that offer a duration-based buff. The buffs are not finalized, but in the demonstration the red reservoir buffed health, the green buffed speed, and the blue offered a flat buff, with some added zaps.

Multiple reservoirs can be placed at once, and their pick-ups can be used by teammates!

SECOND ABILITY – Manifest a duplicate of yourself that travels in a straight line ahead of you when casting, drawing enemy fire. Recasting while the ability is active will teleport you to the location of your duplicate, and will cause a radial stun for any nearby enemies.

THIRD ABILITY – Causes radial damage to emanate from all reservoirs.

FOURTH ABILITY – Harnesses the power of the sun to create a beam that incinerates enemies before her. 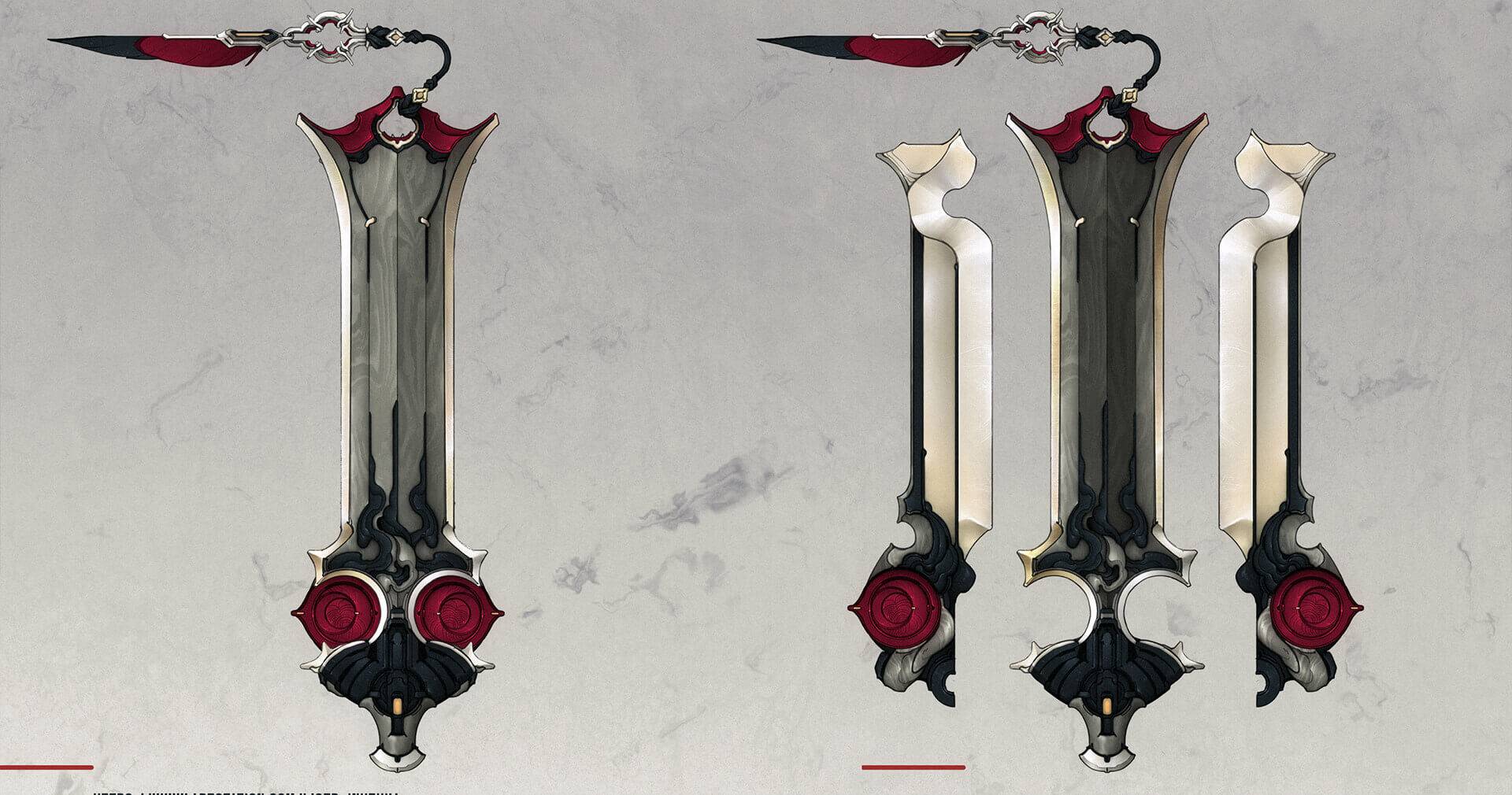 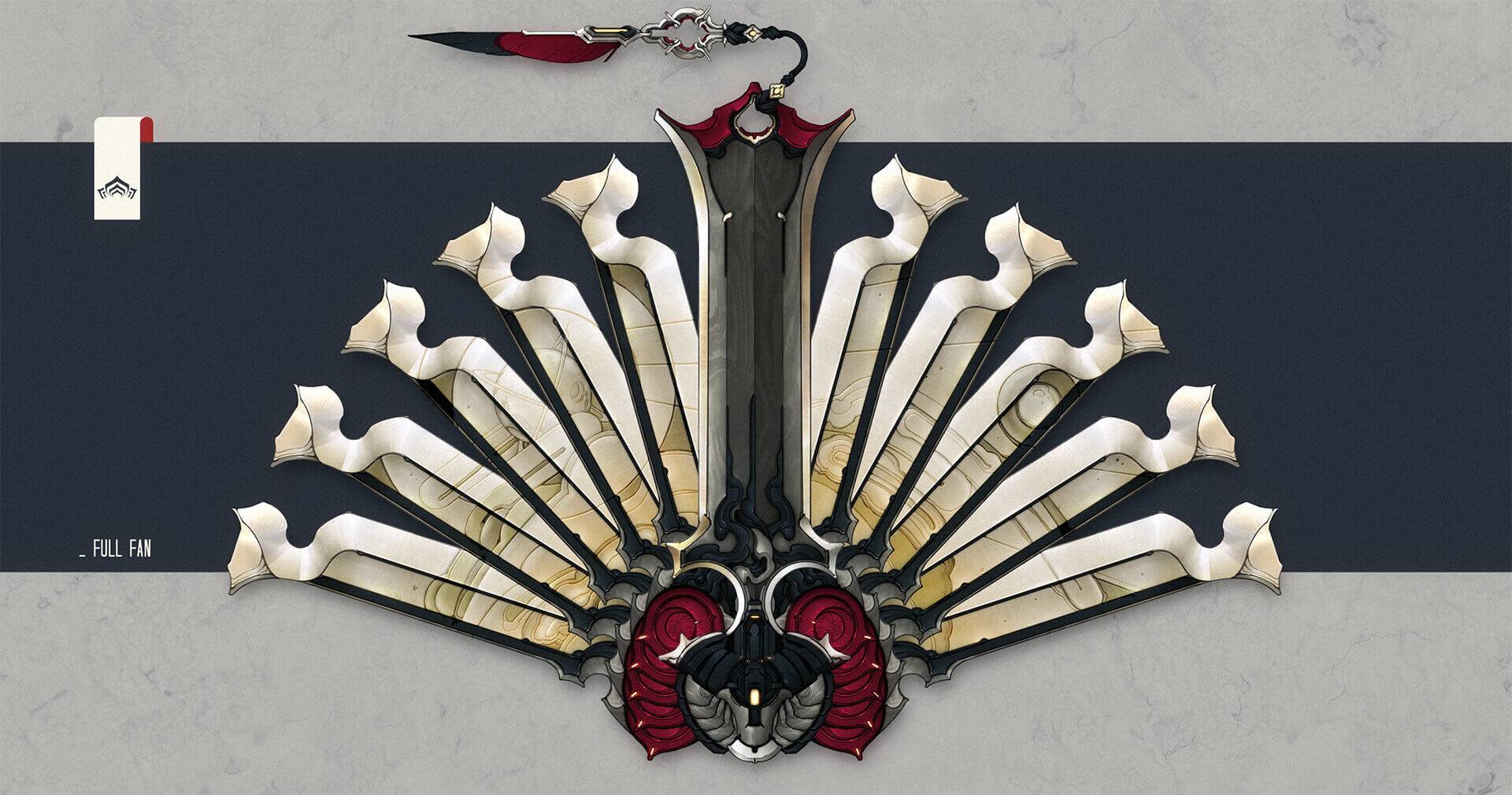 The Eidolon Ephemera. We want this to be merit-based, where you have to accomplish a significant task like capturing 100 Teralysts as an example – we haven’t decided on what the requirements will be so stay tuned!

Spring step, which spawns eggs! It will be available for a limited time during Easter, like the Lepus headgear:

We have a surprise Garuda Delxue Skin in the works, concepted by another amazing community artist. There is no estimated release window on this, we just thought the art was incredible and wanted to share! 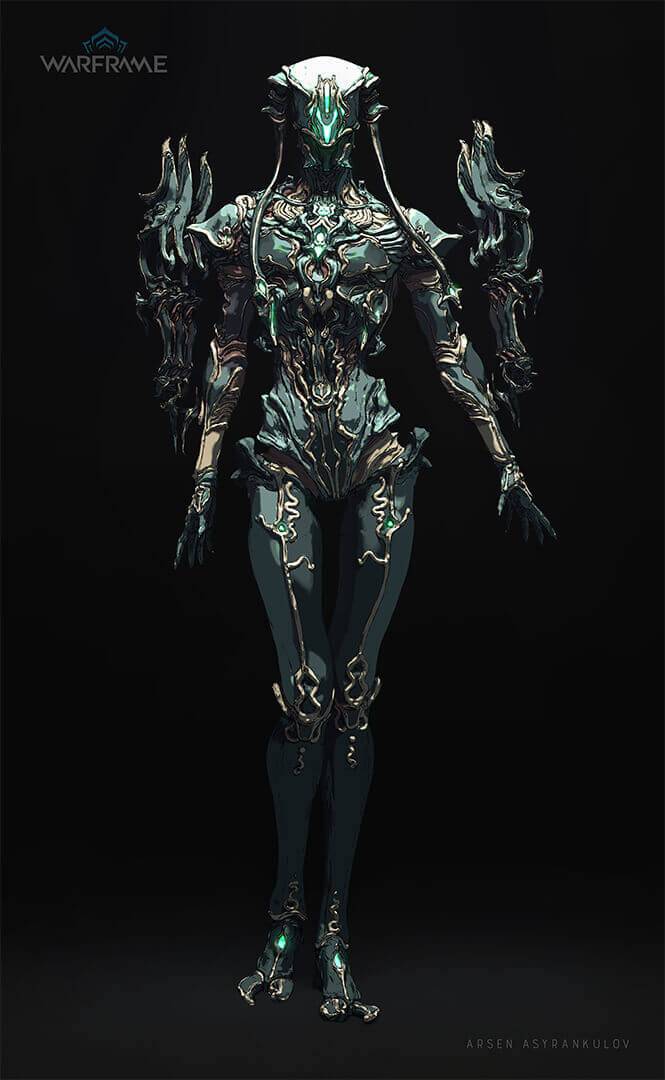 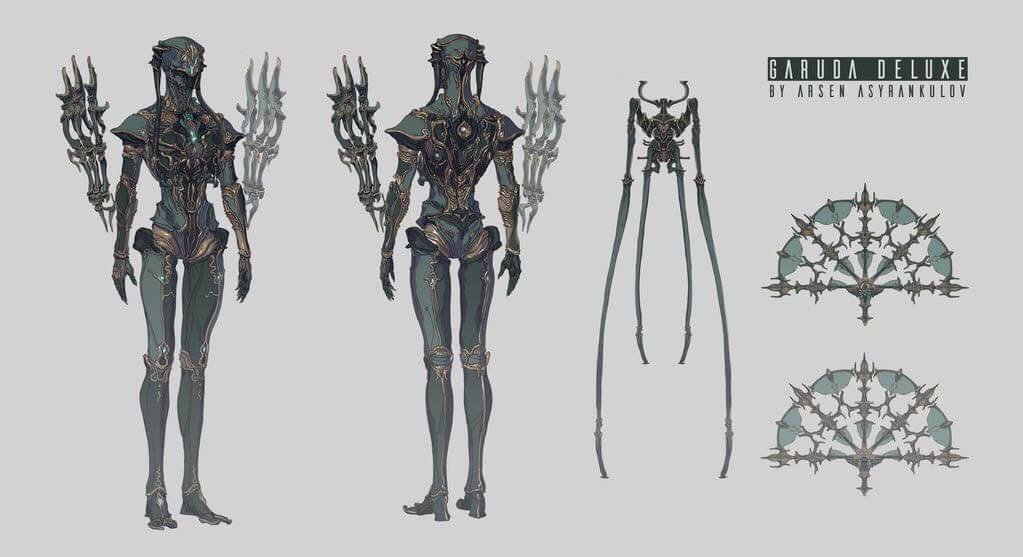 As for updates on Nyx and Atlas’s Deluxe Skins:

Gas City Remaster might only be weeks away for PC! Expect a new endless mode and a new boss to fight! Here’s a look at another one of the Amalgams you’ll face on this remastered tileset:

And an example of the new parkour needed to traverse it:

Have a good weekend, Tenno!