Fortuna has arrived on PC and the Dev Team sat down to discuss more Fortuna-related content, the next Warframe and more! If you’re too busy Floof hunting or patiently waiting on Console to watch the full broadcast, we’ve compiled a quick TL;DW version for you below!

· As always, don’t miss the 24 Hour Gift From the Lotus Alert after the stream! Grab your Orokin Catalyst Blueprint and Melee Riven Mod while you can.

· Warframe launches on the Nintendo Switch on November 20th! Account migration will be available on launch for all of our PC Tenno! Learn more here: https://www.warframe.com/news/account-migration-coming-soon

· TennoGen Round 14 is launching on PC next week!

· Our console team is working hard on the Fortuna update, which we are hoping to release by the end of the year!

· Be sure to join us every Wednesday at 10am ET for our new Nintendo Switch stream ft. the Community Team! 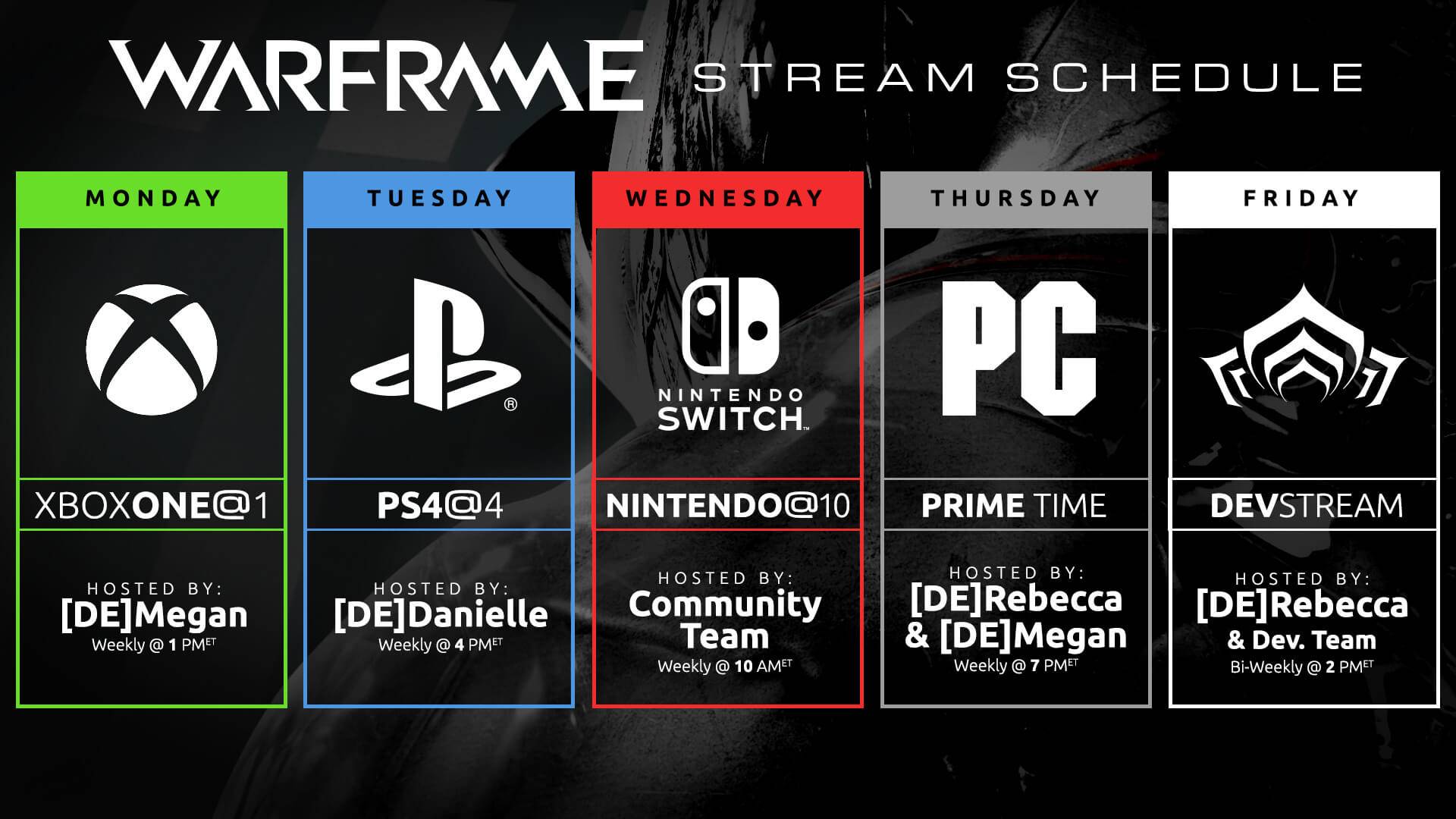 If you have kept your eyes on our livestreams, forums, or even Twitter feeds, you might have heard that not all of our planned Fortuna content went live with Update 24. In addition to the ability to fight the giant Orb wandering on the Vallis, we are working on a slew of Fortuna-related goodness.

Some of this might be coming with our second Fortuna instalment (obligatory: Fort2na) later this year on PC – others will come at a later date!

· Coming in Fortuna later this year on PC.

· These battles are different than the Eidolon fights. It’s not a case of JUST DPS’ing the spider to death (although I’m sure we’ve all done that to a spider before). The process is more involved and collaborative than what we see on the Plains, and includes opportunities for lesser-experienced players to dip their toes in to Orb Heisting.

· After some rebalancing, we’re looking at bringing back more Elite enemies on the Orb Vallis, now we think that enemy level is in a better state.

· General evolution of the K-Drive system. We’re looking to expand upon the mechanics introduced in this system.

· Standing from K-Drive Races. The design intent is for players to sacrifice a small chunk of their Vent Kid Standing and perform well enough to earn more Standing than the race cost.

· Not being able to name your built K-Drives is a bug and will be fixed in the future!

· This Warframe is an antithesis to other Warframes – he is the reluctant hero. His role is to mitigate damage and avoid violence.

· Expect him by the end of the year!

· We commissioned some of the members of our amazing fan art community to show him off in his full glory! All of the pieces can be found at the bottom of this overview.

6 new Operator Hair styles are coming, ft. a new tinting method! Existing Operator hair will most likely be slowly updated to this new tint style, similar to how PBR has been handled.

Limbo Deluxe Skin, as shown at TennoCon! He may also be coming with Tarot-card themed skin for throwing knives. 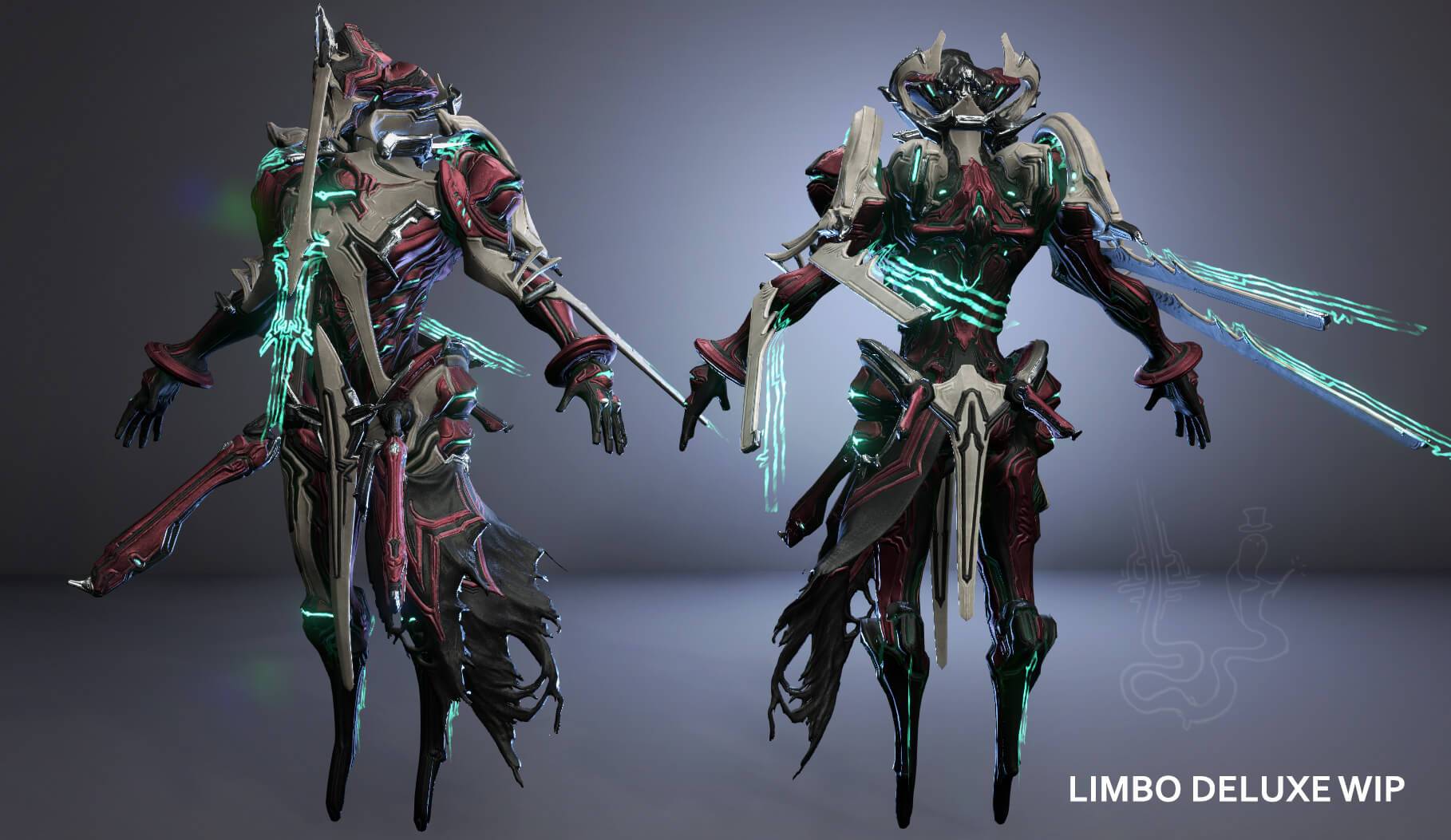 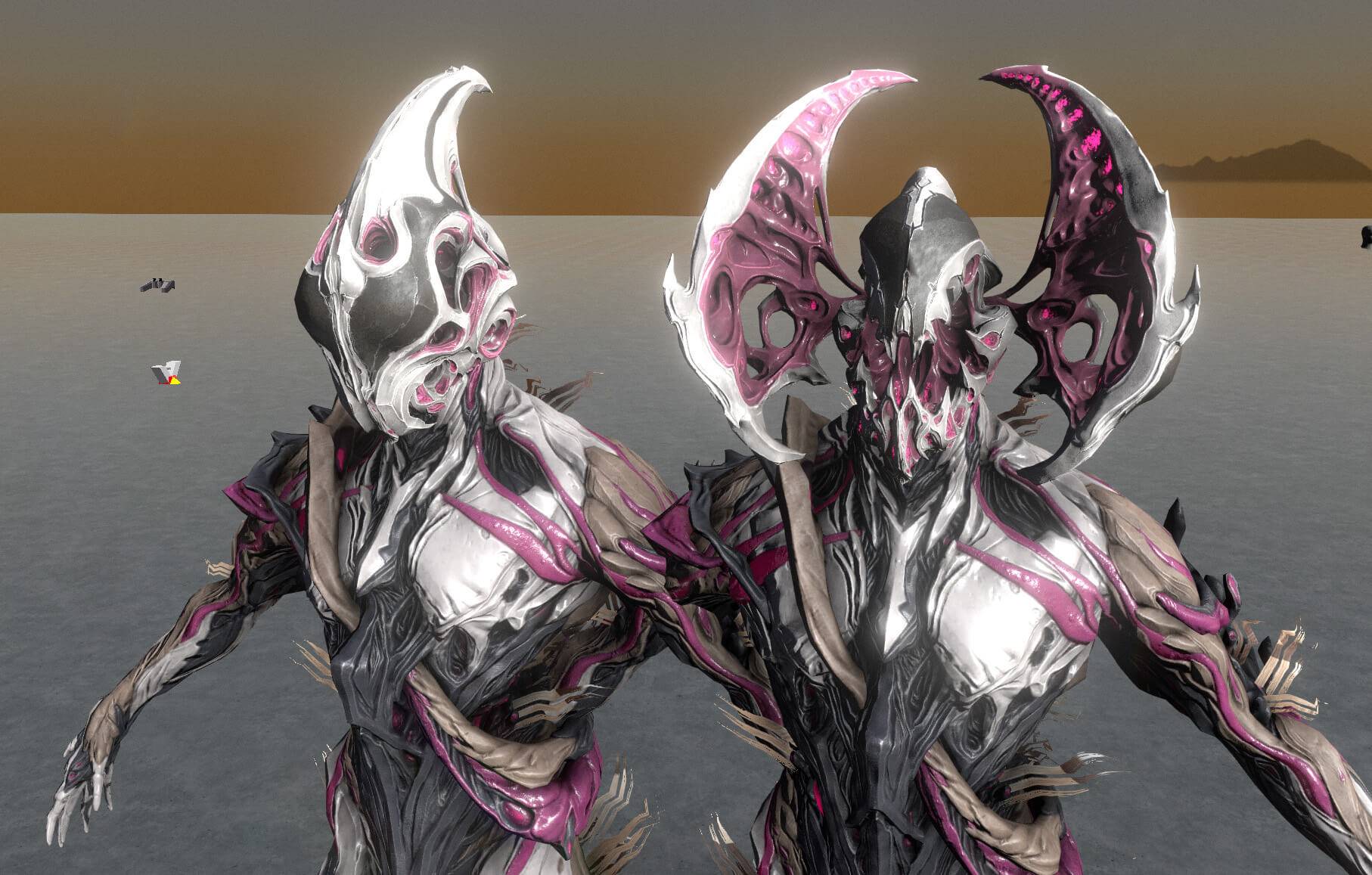 With the launch of the Moa Companions, you were only able to use Link Mods like your Kavat, Kubrow, or Helminth. We heard a lot of feedback about how this affected the survivability of your new Moa friends, so we’re making a change!

In the future, players will have the ability to use Enhanced Vitality on Moas and Kubrows now. You will be able to use either the Link- or raw Stat Mods, but you won’t be able to use both at once. This offers more flexibility in regards to the Warframe you choose, so mod accordingly!

With Fortuna, a variety of companion set mods were released, but none for the Helminth! Here’s a look at what our infestation fans can expect in the future (mods subject to change).

· Set Benefit: Helminth Charger grows up to x cysts over x seconds that erupt every x seconds to spawn a maggot.

· You will see Primary versions of the Fortuna Kitguns

· New Lean Emote so you can try to look as cool as Little Duck.

Baruuk Fanart (in no particular order) 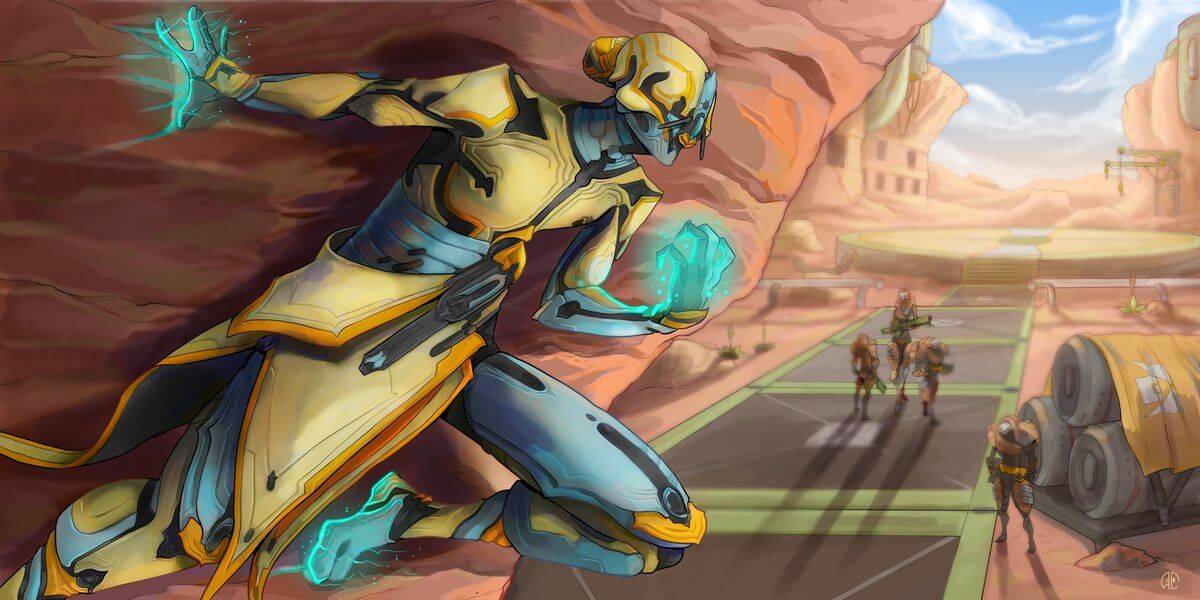 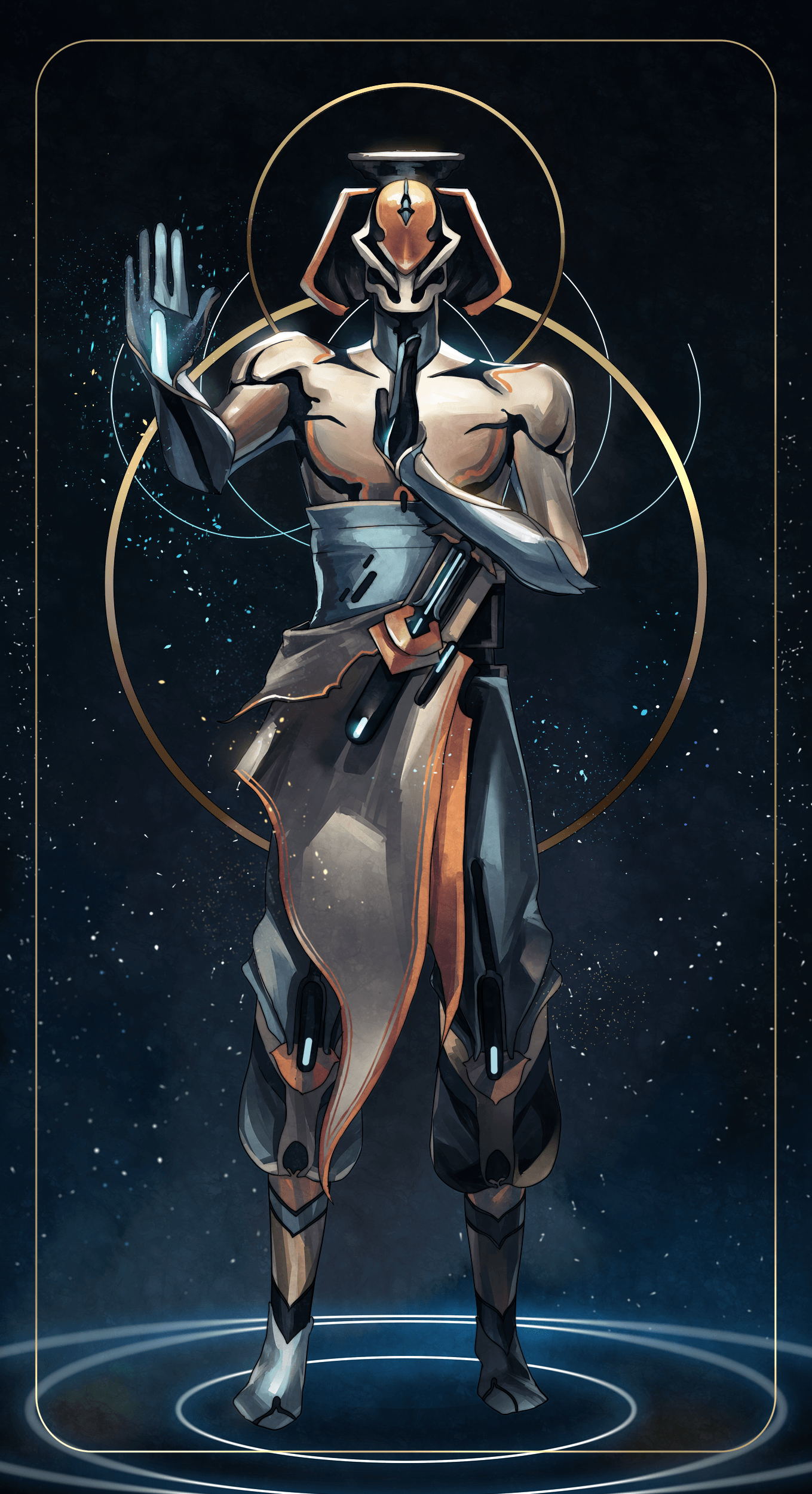 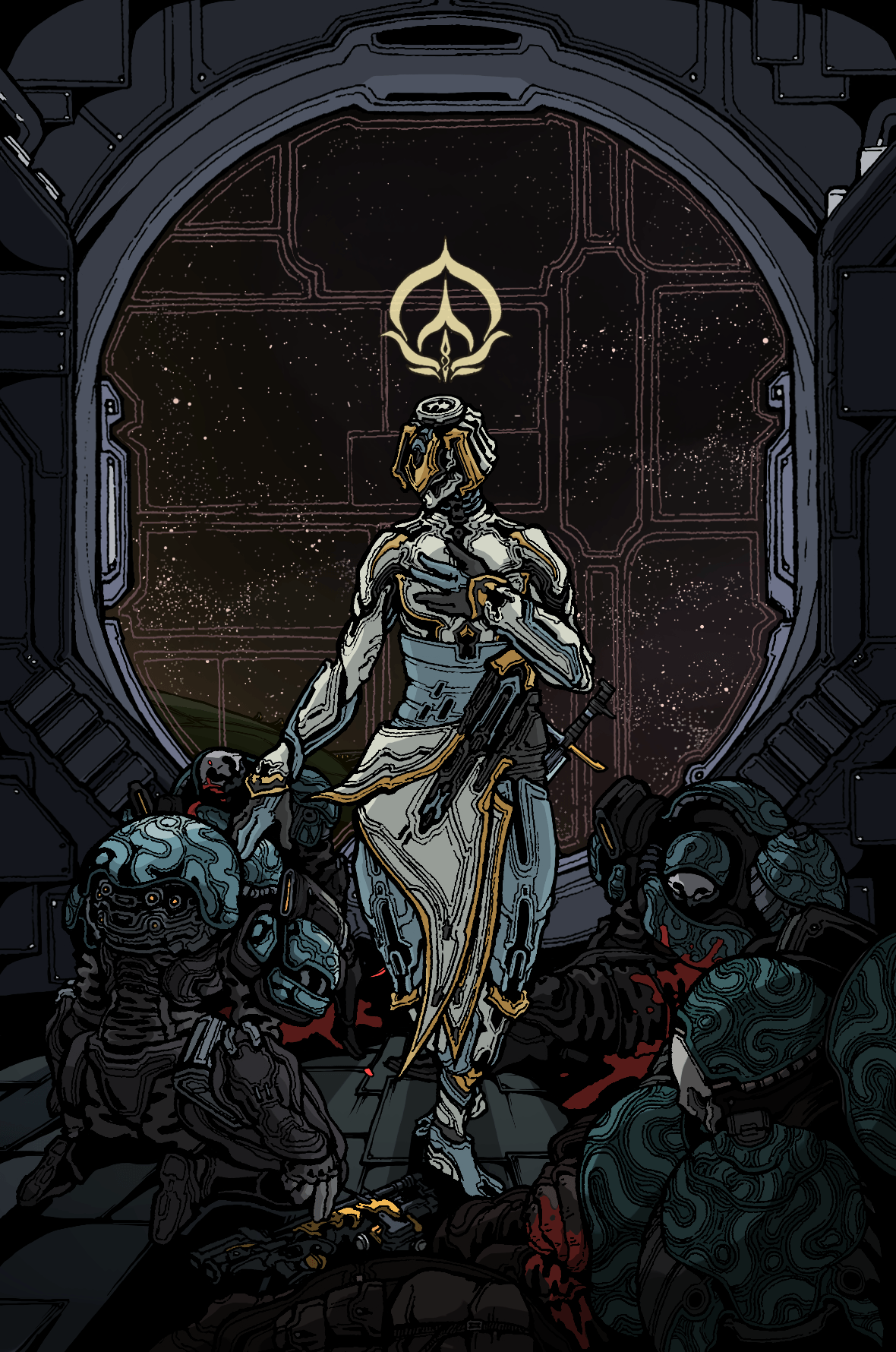 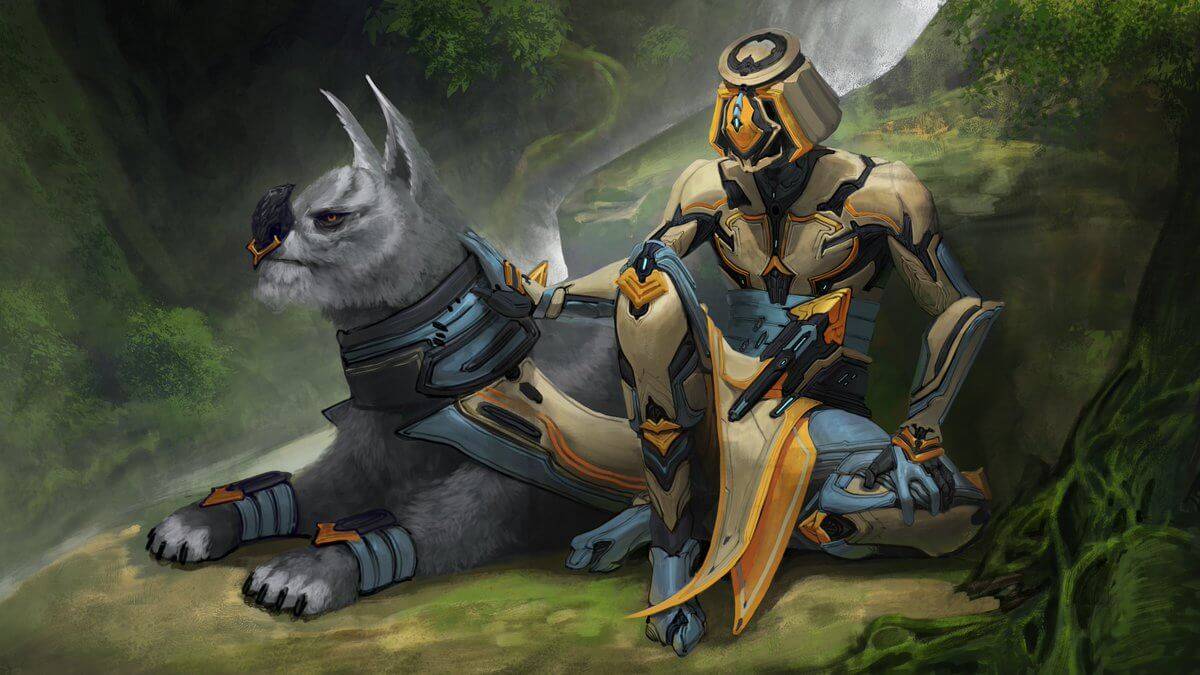 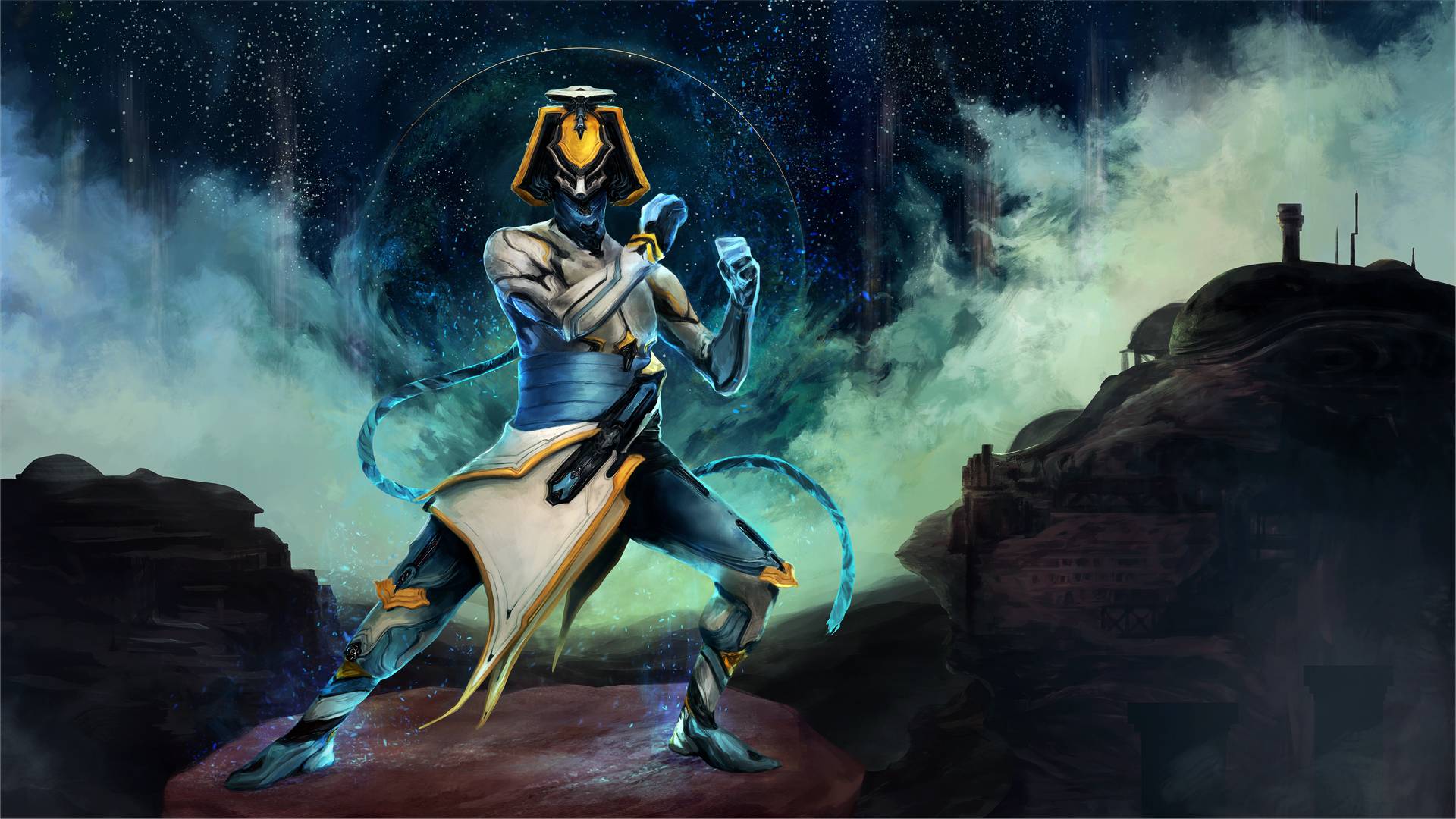 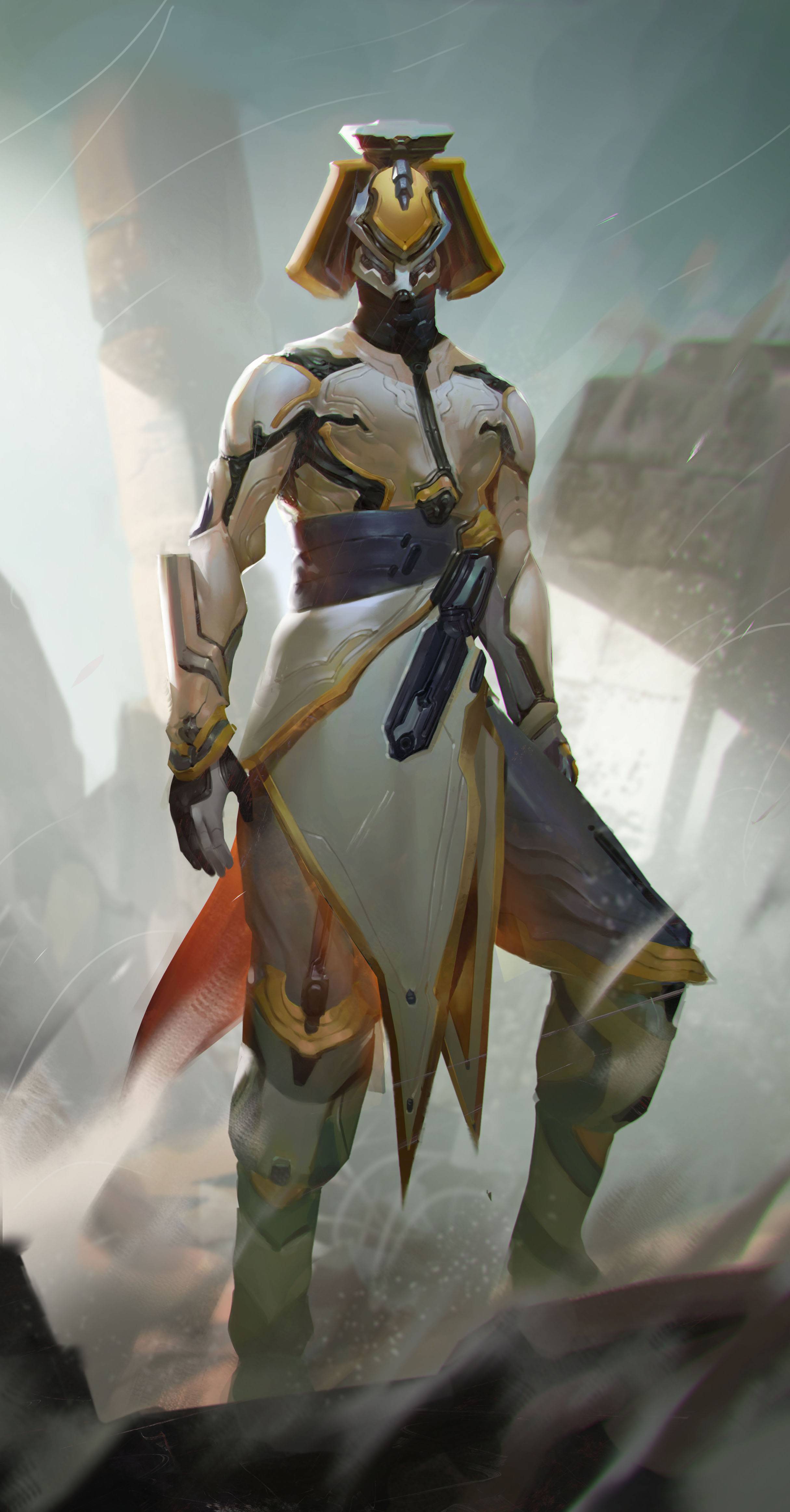 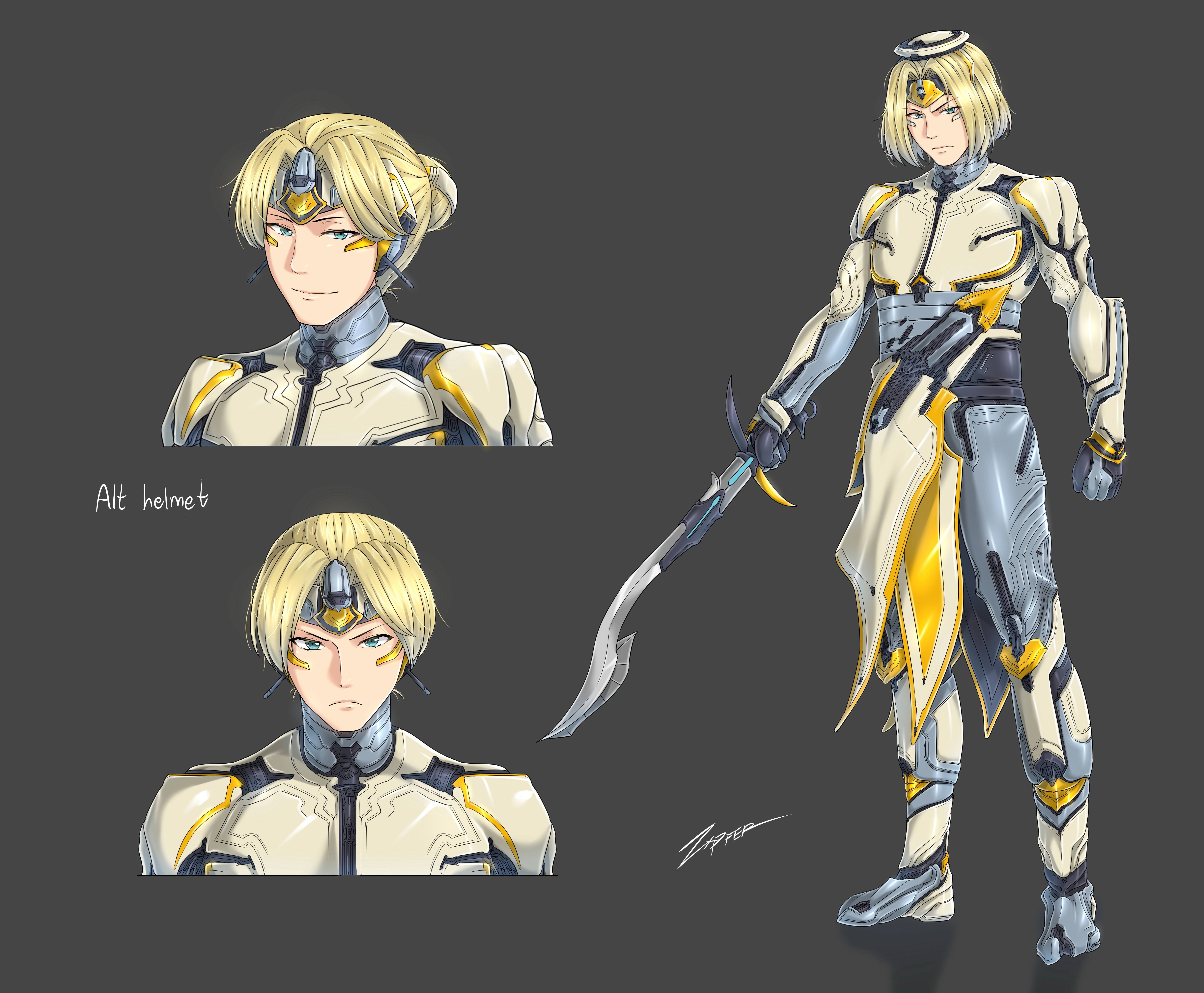 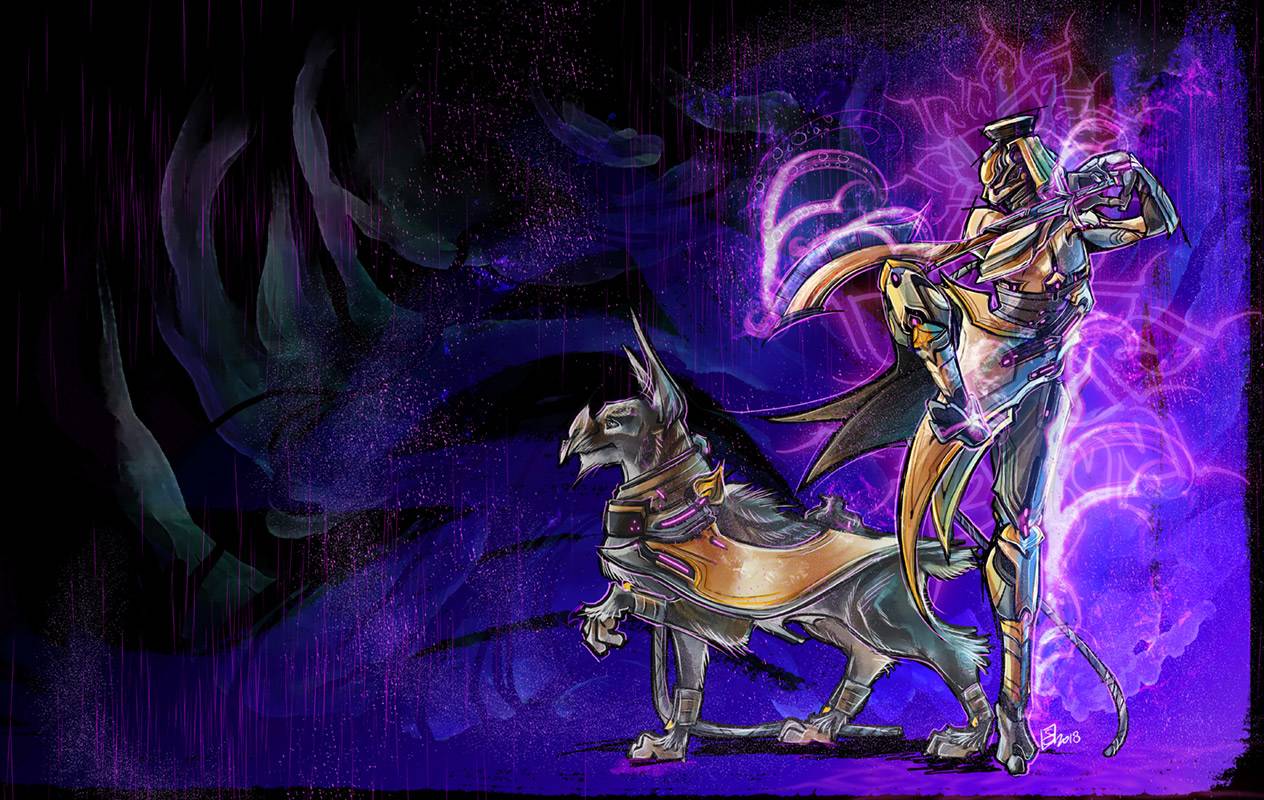 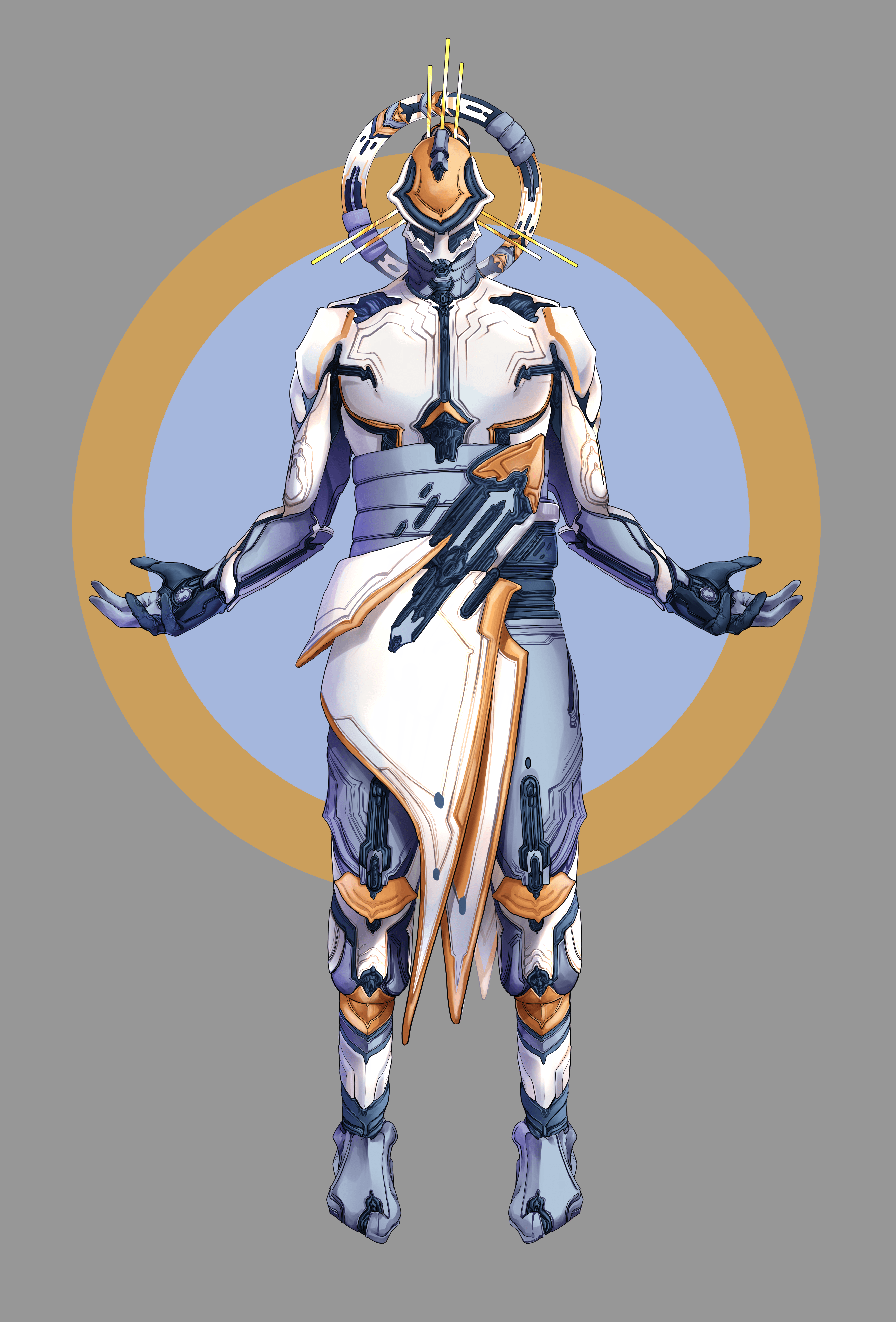 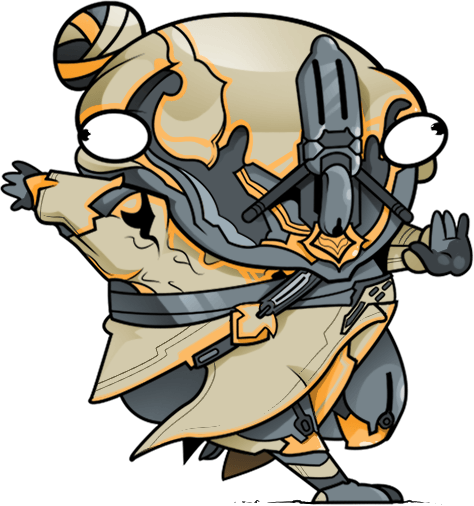