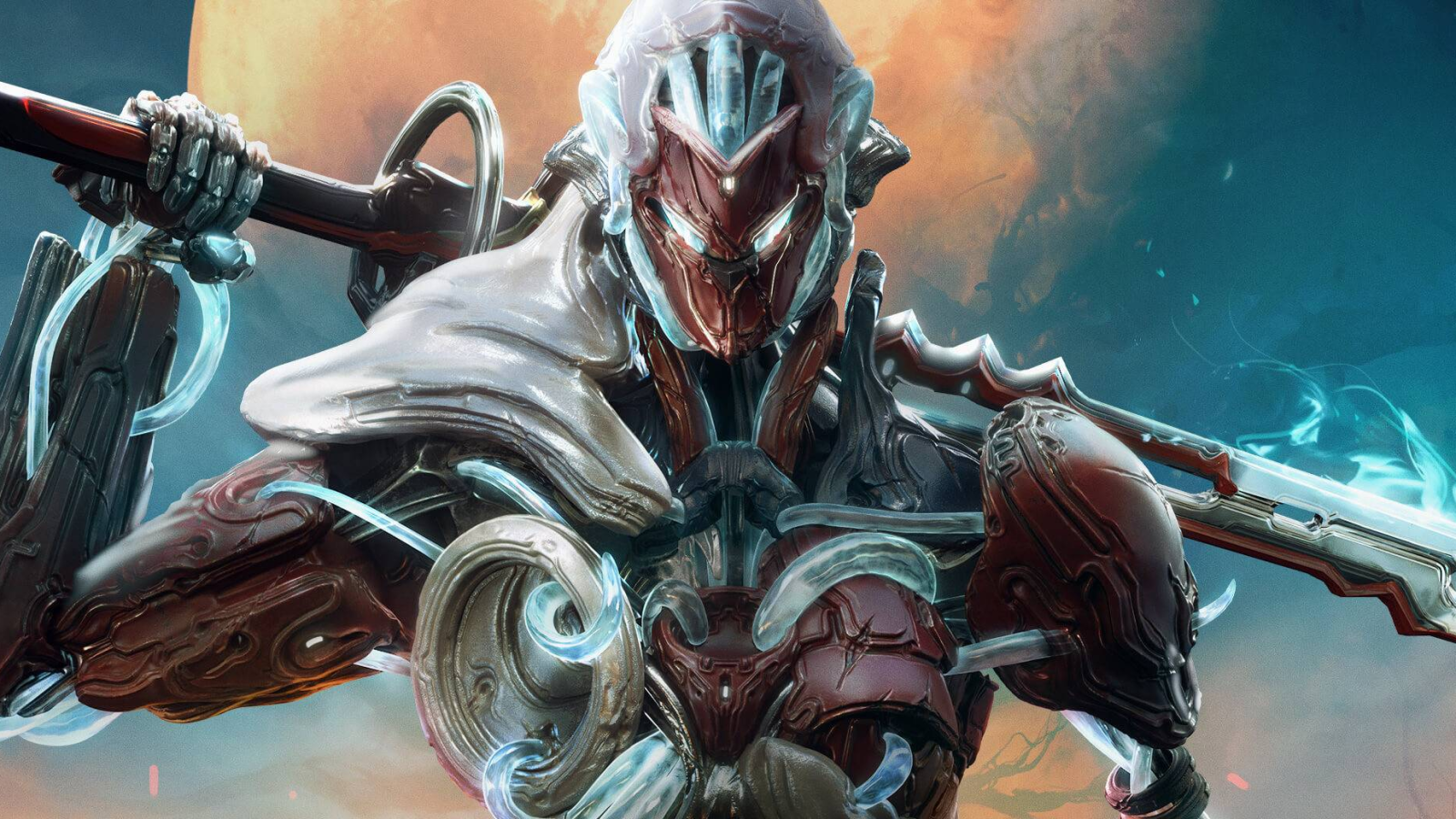 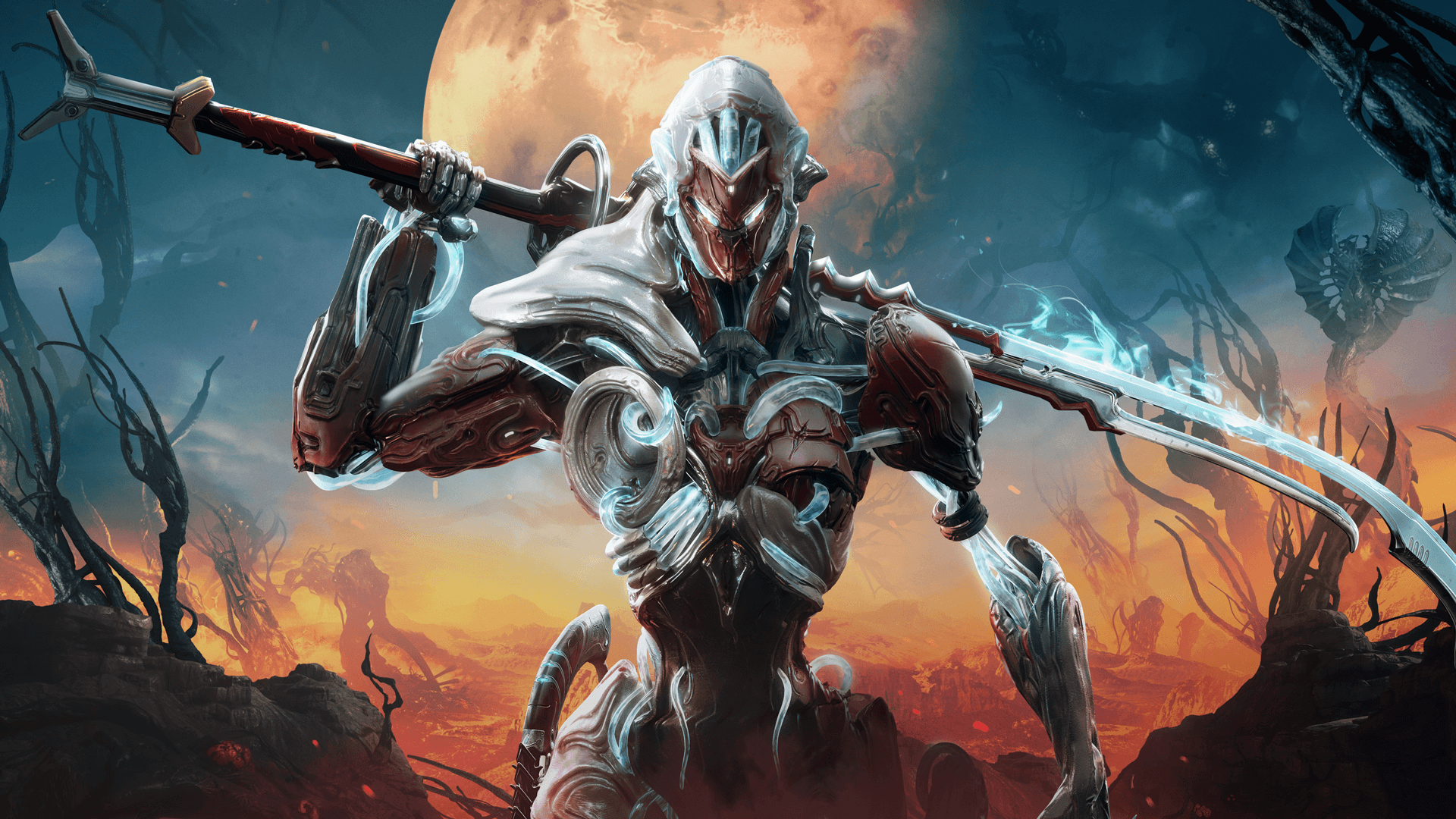 Delve deep into the Heart of Deimos. Warframe’s third open world is arriving on ALL platforms August 25!

Command your Necramech through a grotesque landscape teeming with Infested creatures. Learn the truth behind Deimos' dark inhabitants, the Entrati, and come face-to-face with the horrifying origins of the Infestation.

There is a sinister mystery lying underneath Deimos, hiding from even the Entrati and the Infestation that has overtaken the entire moon. We can’t wait for you to experience everything Heart of Deimos has to offer:

- Explore a new open world; a hauntingly-beautiful landscape festering with Infested enemies, the dark Entrati and sights unseen in ever-changing underground cave networks.
- Harness the power of the Void with the Community-designed Xaku, the second-ever Warframe to be designed by the Tenno!
- Customize your Warframe like never before with the Helminth Chrysalis system. Give the Helminth a Warframe to absorb a signature Ability and transfer it to another Warframe.

Arriving with Heart of Deimos is the Helminth Chrysalis system, a brand-new way to customize your Warframe’s Abilities. Feed the Helminth resources to unlock a new suite of Abilities, or allow the Helminth to consume a Warframe whole to extract one Ability to infuse into another.

Introducing the Broken Warframe, Xaku, the second Community-designed Warframe! Held together by Void energy and designed from the ground up by you, our community. You chose the theme and Abilities for a broken, Void-corrupted powerhouse and then it was our job to bring them to life.

Xaku’s Abilities are all about manipulating Void energy. Xaku has the power to infuse their Weapons with Void energy, buffing their damage. Few can resist the pull of the Void, and Xaku wields its energy to trick enemies into fighting for them, or even turning enemy Weapons against them!

Waking up in the Origin System has never looked better. Our new player experience will be launching alongside Heart of Deimos!

The trailer for Hydroid Prime emerges from the Undertow! Watch as the undersea terror unleashes his fury.

We commissioned eight exceptionally talented Tenno artists to design Prex Cards for Heart of Deimos! From the new Warframe, Xaku, to the most revolting new Infested enemies, these Cards feature some of Heart of Deimos’ unforgettable faces.

Keep an eye out for these Prex Cards coming to you soon in an upcoming Twitch Drops campaign, closer to the launch of Heart of Deimos! 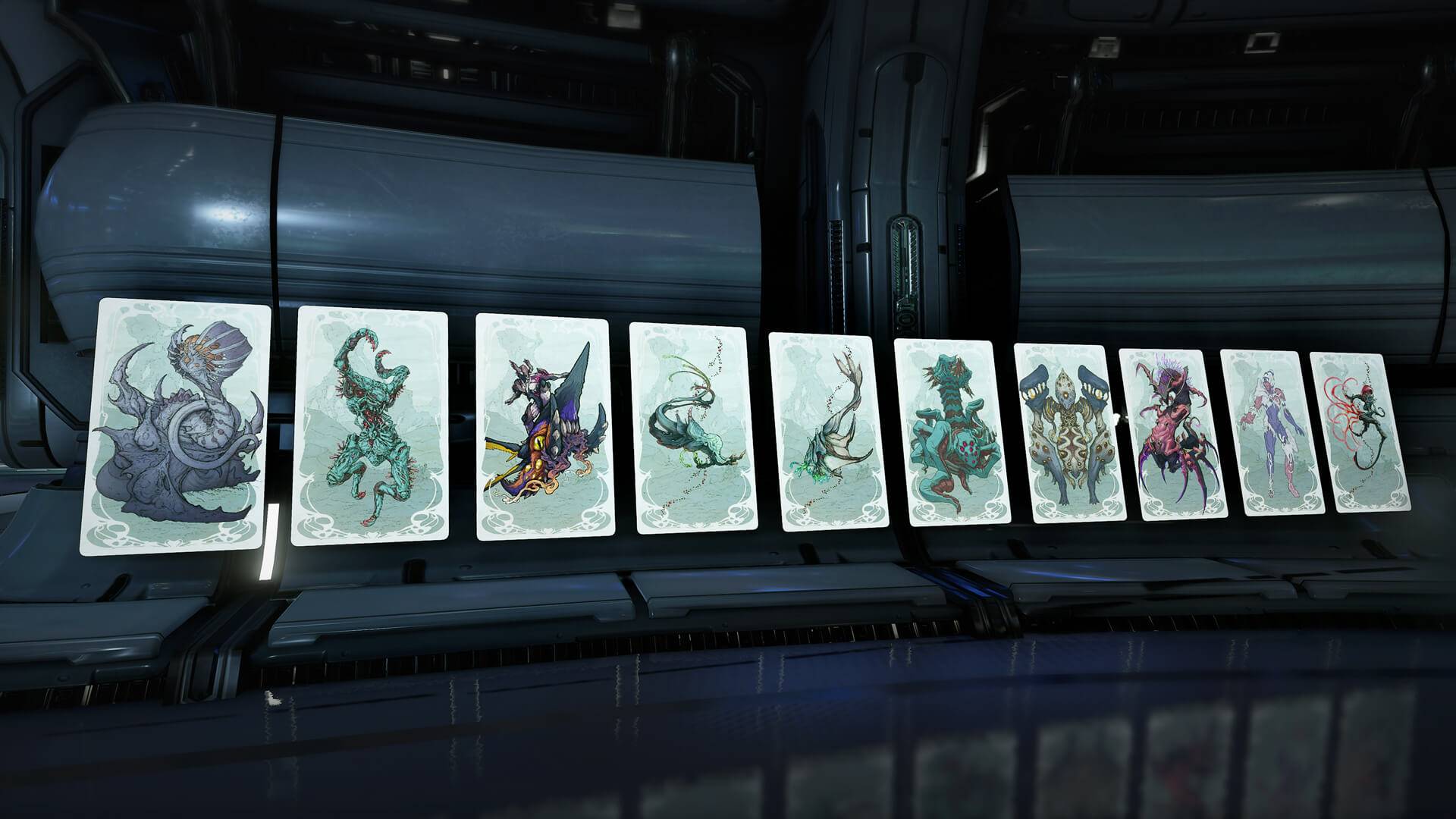 Who would’ve guessed that the sounds of the Origin System can be made from an oven mitt and a handful of brussels sprouts? Feast your eyes (and ears) on a behind-the-scenes look at crafting the terrifying sounds of the Infested, and a very special hello from all of your favorite Warframe characters. 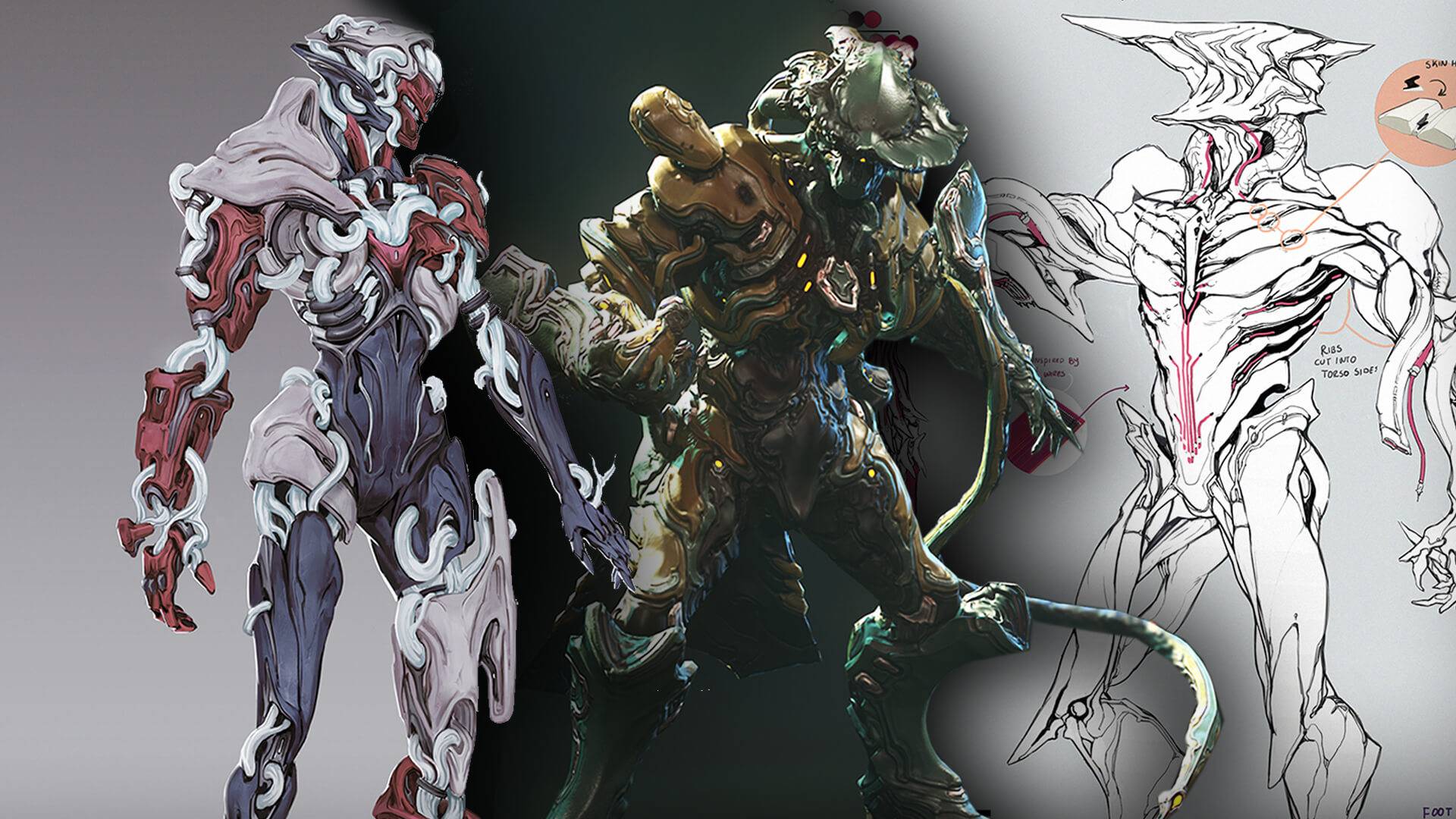 If you were busy bartering with Baro to watch during TennoCon, you can watch extended cuts of both The Art of Warframe and Sounds of the System on our YouTube channel.

See all the latest TennoCon Merch and Darvo Deals in our Merch Store.

Don’t miss your chance to grab the Lotus Statue! On its own or as part of the Second Dream Collection, this 28cm statue will always remind you to dream of what you want to be.

Designed by artist Matt Ferguson, the limited-edition Heart of Deimos poster gives you a glimpse of the vast landscape that awaits you, and the Infested threat that looms above and within. Each lithograph will be numbered. Pre-order before September 1 at 11:55pm PST! 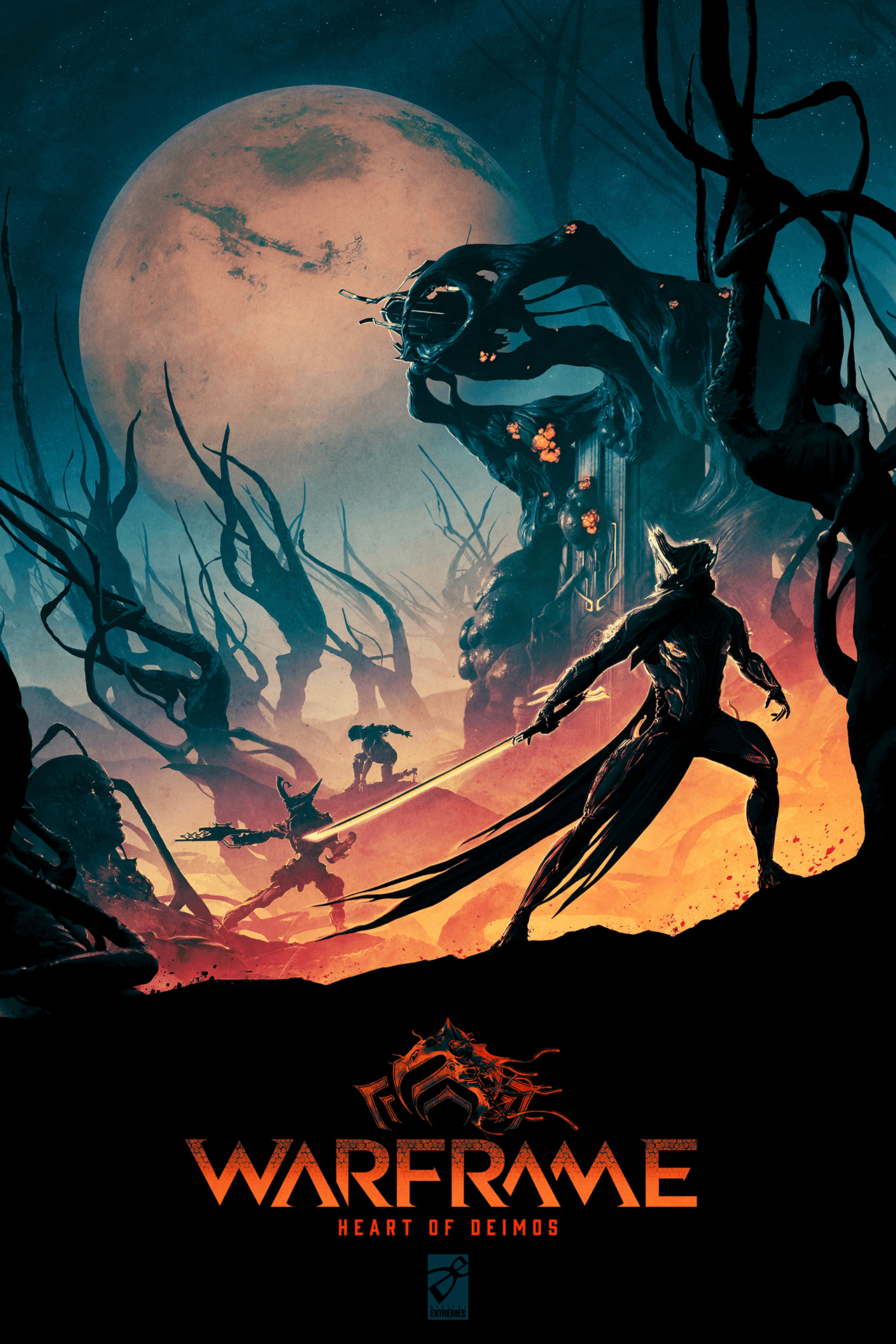 Prepare for Heart of Deimos and earn Double Affinity on all platforms, now until August 12!

For the first time ever, every Tenno had a front-row seat to TennoCon. We can’t thank you enough for joining our Squad for the day. From participating in TennoTrivia to the jaw-dropping creations in the TennoCon Community Art Show, we couldn’t have made our first fully-digital TennoCon as unforgettable without you.