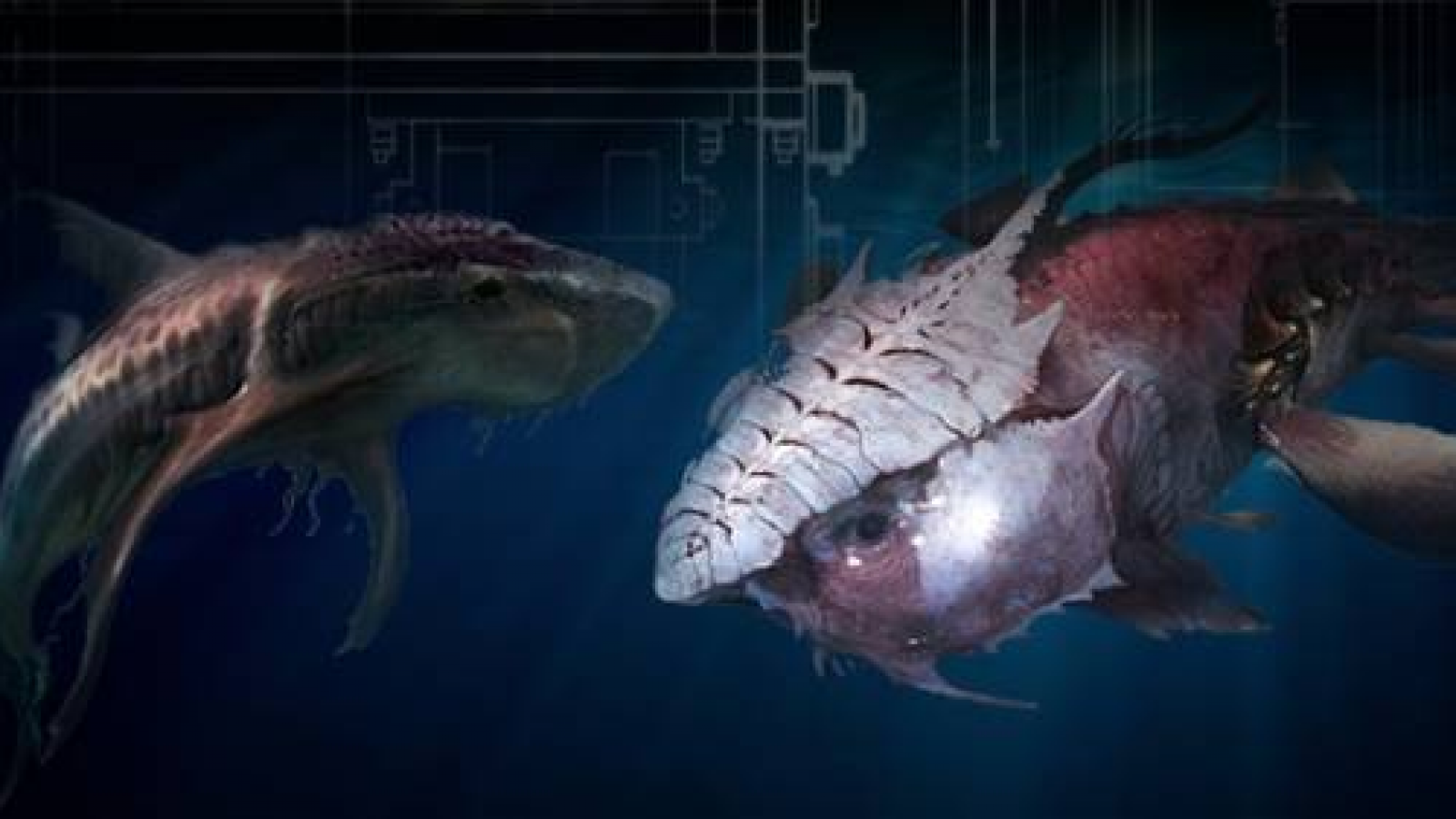 We don't often consider the Grineer to be scientists or explorers, but one doesn't become a credible threat to the Solar System without making at least a few discoveries and scientific advancements. Their single-minded focus on conquest has yielded a multitude of advancements on and off the battlefield. Gritty factories and massive warships need supplies, and Grineer conquests are entirely fueled by strength of force and overwhelming arms. Those resources need to come from somewhere.

Our upcoming Underwater Tileset provides a small glimpse behind the veil of Grineer industry, hidden away in Uranus' vast ocean of helium, methane and ammonia. From the creation of clones to the upkeep and maintenance of the average soldier, here's a quick look at some concept art that helped develop their underwater labs.

Navigating the ocean floor is no easy task, but it's necessary when the entire facility is surrounded by crushing depths. This submersible is only a rough concept, but we can see some similarities between this design and the Ogma or Dreg.

Turbines maintain stability and allow for maneuverability against currents. Space for a small crew necessitates keeping the submersible in place while a task is being accomplished. Its robotic arms show a delicate side to the Bulky Grineer design aesthetic. Something clearly built for exploration instead of combat.

We briefly showed off the Grineer cloning vats in August of 2014, but since then the design has become significantly more finalized. The idea behind the machine is that one Grineer is sacrificed to help stabilize the genetic material needed to create additional clones. These clones are produced in isolated vats that can then be removed and relocated.

These storage chambers can hold clones deposited straight from the clone machine while they develop. It's an assembly-line approach to creating soldiers -- a method that, while imperfect, has been refined over years of mass production. Of course, there's more to creating Grineer than simply pushing the start button on the EZ-Grineer Oven. A small 'human' presence must be maintained.

These concepts help refine the look and feel of a Grineer non-combatant. What would a being designed solely to preserving and documenting DNA samples look like? The Grineer often like to build their facilities into the environment and this example offers one potential solution: Cooling facilities that take advantage of the ocean's natural depths, and a servitor that is optimally designed to facilitate the equipment.

This collection of concept art detail a few other day-to-day Grineer tasks Tenno would likely not be exposed to. Fighting on warships or in deployment zones, troops need to be equipped for battle. But these underwater labs are meant to be kept away from the battlefield. The priorities are different here.

A service terminal that regulates a complex machine or entire facility would require a clone specifically designed to such a task. Cloned infantry would need armor attached before deployment -- a permanent process and rite of passage for any soldier.

As the Grineer tend to build their structures around natural environments, many design concepts were created to better visualize these structures. Whether hanging overhead or built securely into a networked pipeline, each variation of these vital machines hint at a similar purpose, all shaped to fit their surroundings. It can't be said the Grineer are unwilling to improvise in the name of science.

We hope you've enjoyed this sneak peek of what's lurking below in Update 16.5. There's still a bit of time before its release, but until then perhaps you can spot what elements of environment design made the final cut in teaser video aired on Devstream 52.