Sign Up
Be Part of the Next Community-Created Warframe
We want your help to design the latest and greatest Warframe! 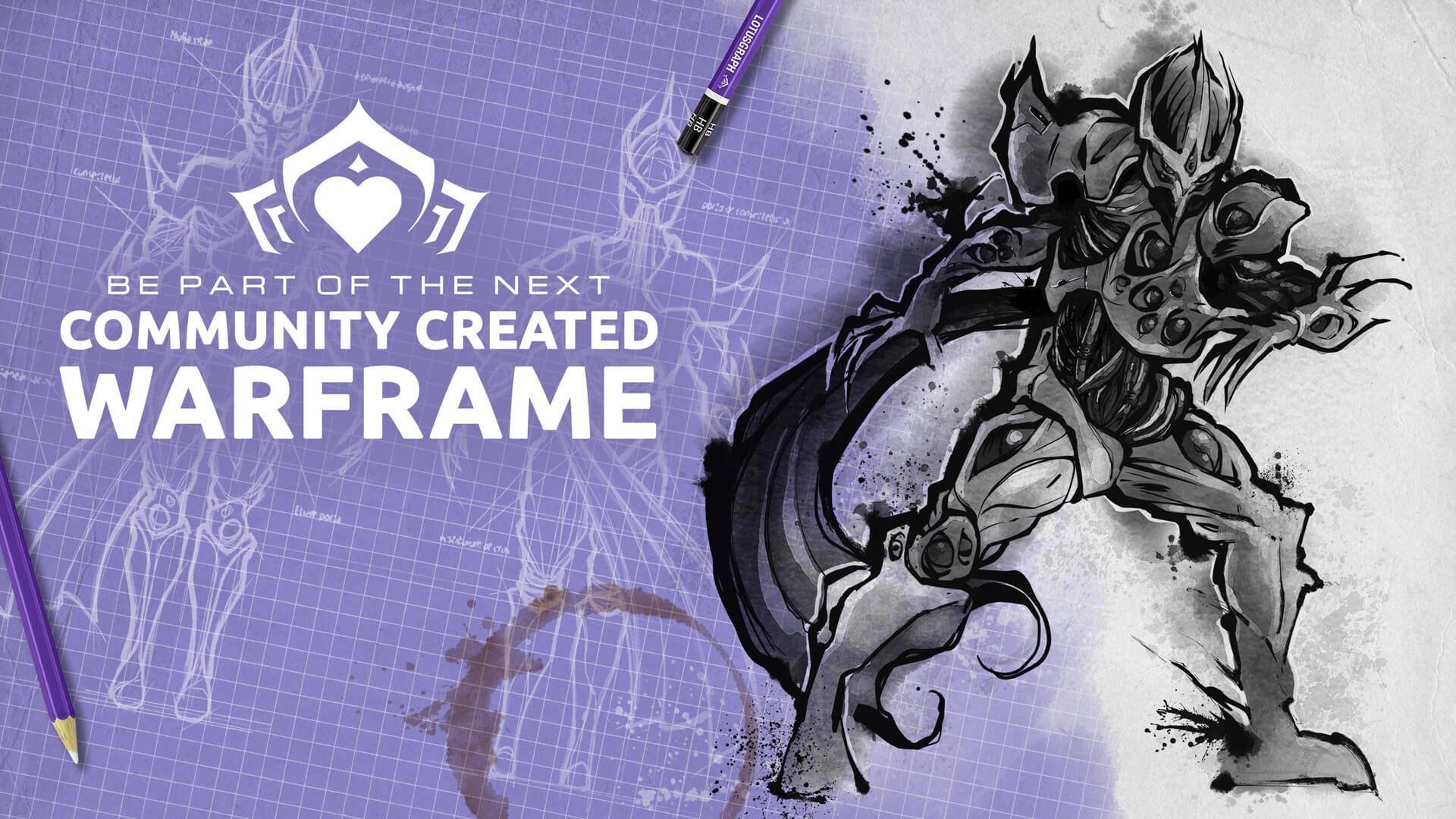 We’re calling upon the Warframe community to create the next Warframe!

Seven years ago, the Warframe community worked together to create Nova, the antimatter Warframe. New reaches of the Origin System have since been uncovered and Tenno have awoken to join the fight. This anniversary, it’s time for a new community-created Warframe to stand by Nova!

The community-created Warframe will be brought to life in six phases: 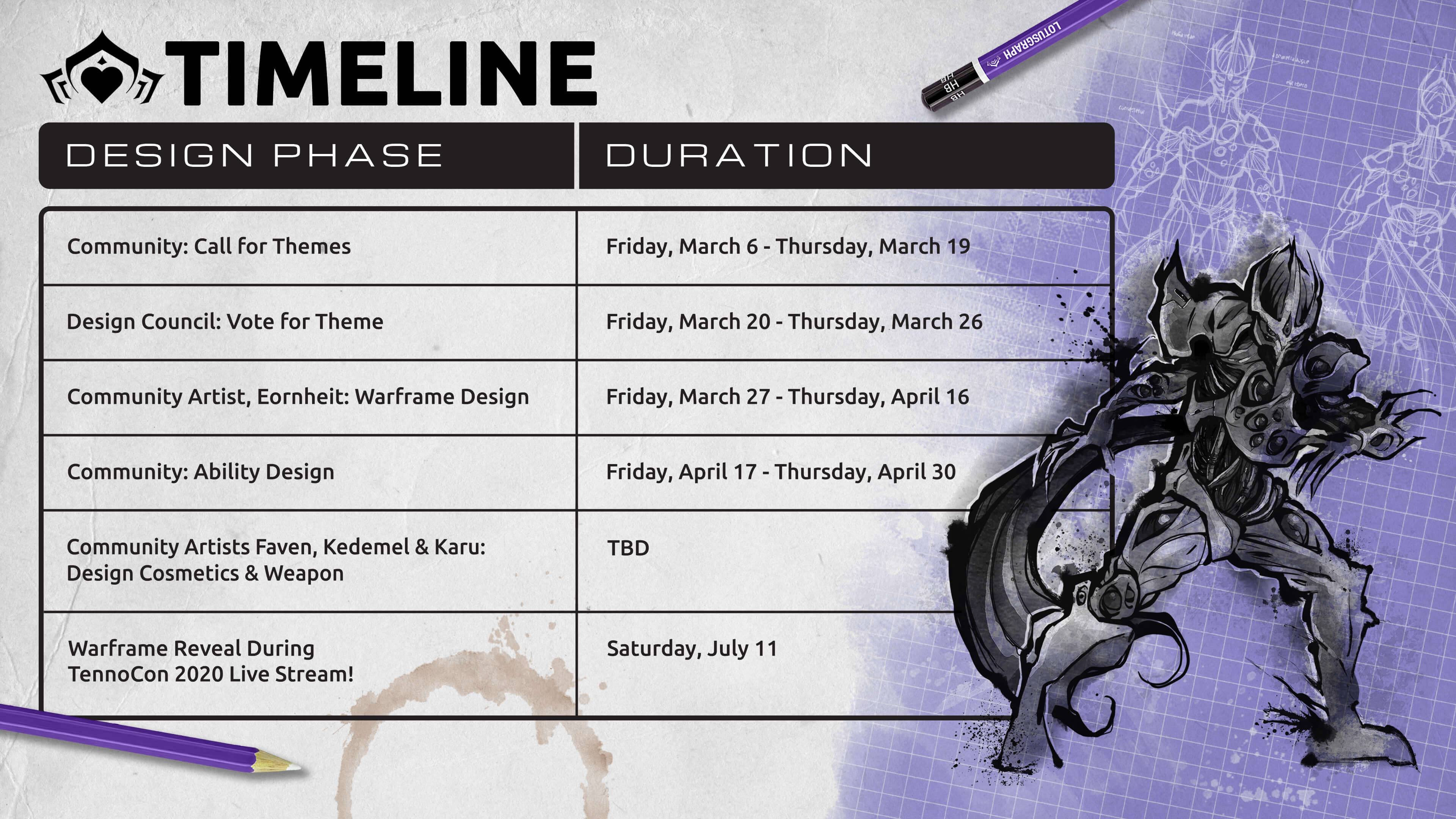 Throughout Warframe’s seven years, we have read countless pages of fantastic Warframe ideas in the Fan Concepts subforum and elsewhere! The creativity you have demonstrated is the first crucial step in bringing this Warframe to life.

We aren’t looking at Abilities in this design phase. First, it’s all about a theme! Share with us a Warframe concept you would like to see in-game. Submit here!

The Design Council is a group of Founders and passionate players that the Dev Team goes to when they need specific Warframe feedback or ideas. Through forum polls, open calls, and feedback threads, the Design Council has helped shape Warframe. The group has grown over seven years, with invites sent monthly to players who are highly active in the community.

After reviewing all Warframe theme submissions, the Dev Team will choose a Top 10 to present to the Design Council!

The Design Council will vote from Friday, March 20 - Thursday, March 26 to choose the final Warframe theme.

Warframe Community artist, Eornheit will design a Warframe based on the chosen theme!

Hello! My name is Eornheit and I'm a 2D artist. I like to draw biomechanics and cosmic creatures and design characters. And I like to play Warframe. This game inspired me to create fan art: illustrations, sketches and my own characters in the game universe.

You can check out Eornheit’s original works and more here!

With a h4 theme and official artwork as inspiration, it will be time to design Warframe Abilities!

Determine the power and play-style of the community-designed Warframe! We will update this official forum post with a link to submit Warframe Abilities once the call for submissions is live. 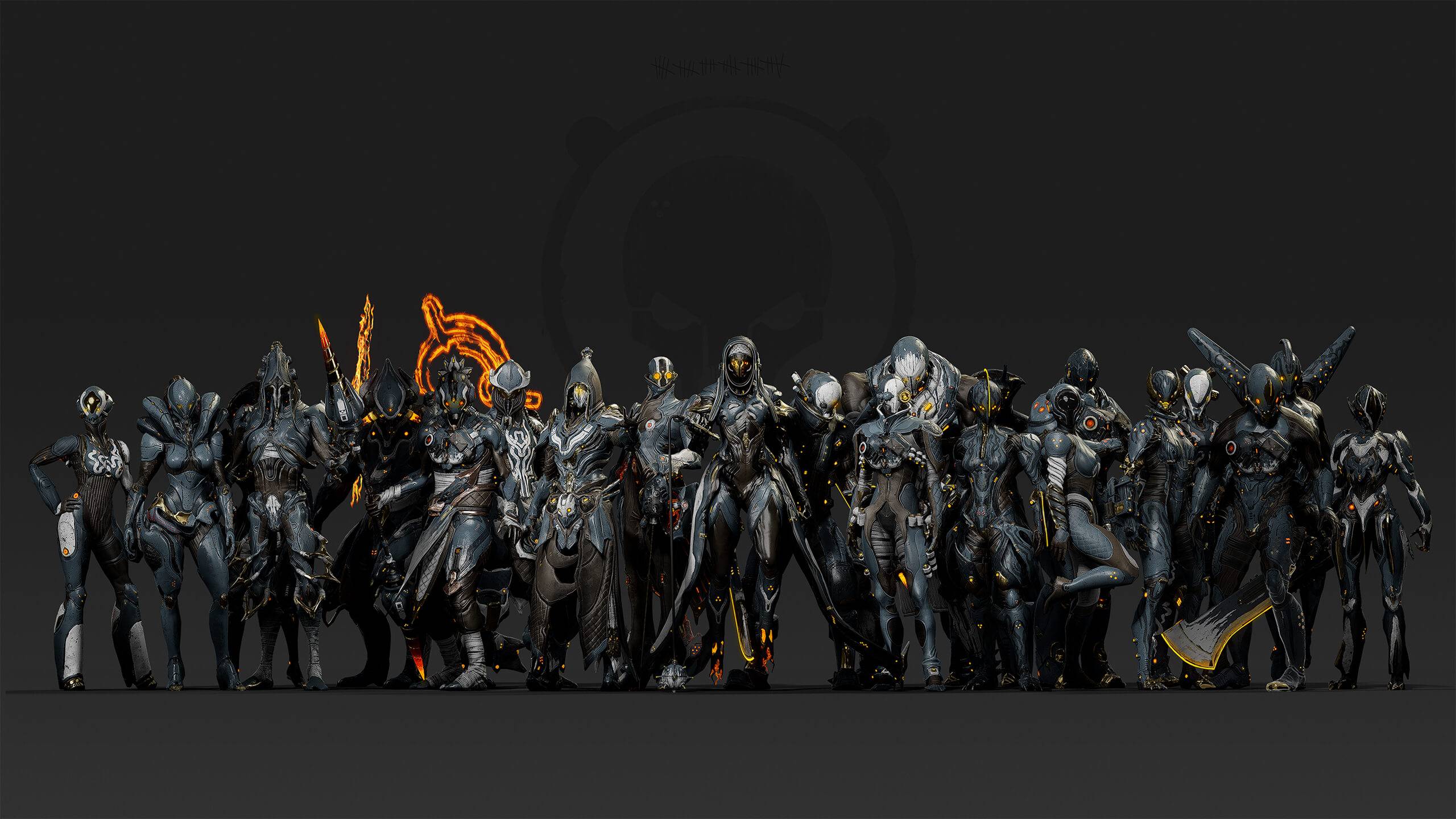 Warframe TennoGen artist, Faven will design an Alt Helmet based on the Warframe’s official concept art!

Faven has been a TennoGen creator since the program began in 2015. After his first design, the Volt AMP Skin, he went on to design the entire Graxx collection and more. Faven has also been a speaker on TennoCon panels where he has shared his experience with players.

Warframe community artist, Kedemel will design the signature weapon based on the Warframe’s official concept art and Abilities!

Hi! My name is Kedemel. I have been playing Warframe since 2015. Since then it has become a huge part of my life, from the friends I have connected and grown closer to as well as influencing the art I create. This game has sparked my imagination and creativity like no other before it. My fanart has ranged from serious to borderline ridiculous!

You can check out Kedemel’s original works and more here!

Warframe community artist, Karu will design the signature Syandana based on the Warframe’s official concept art and Abilities!

Hello, I go by Karu, or TBGkaru, and I mainly focus on character expression in my art - be it body language, outfits, or dynamics between two or more characters! I love focusing on fashionframe and I love thinking about Warframes' backstories and the character-rich world that could have been until we learn more.

You can check out Karu’s Community Spotlight article here!

The community-created Warframe’s name and final design will be revealed on Saturday, July 11th during the TennoCon 2020 Live Stream! Tune in to see the Warframe that will be brought to life in-game.