Sign Up
THE SILVER GROVE IS HERE!
New Warframe, Quest and Customizations await 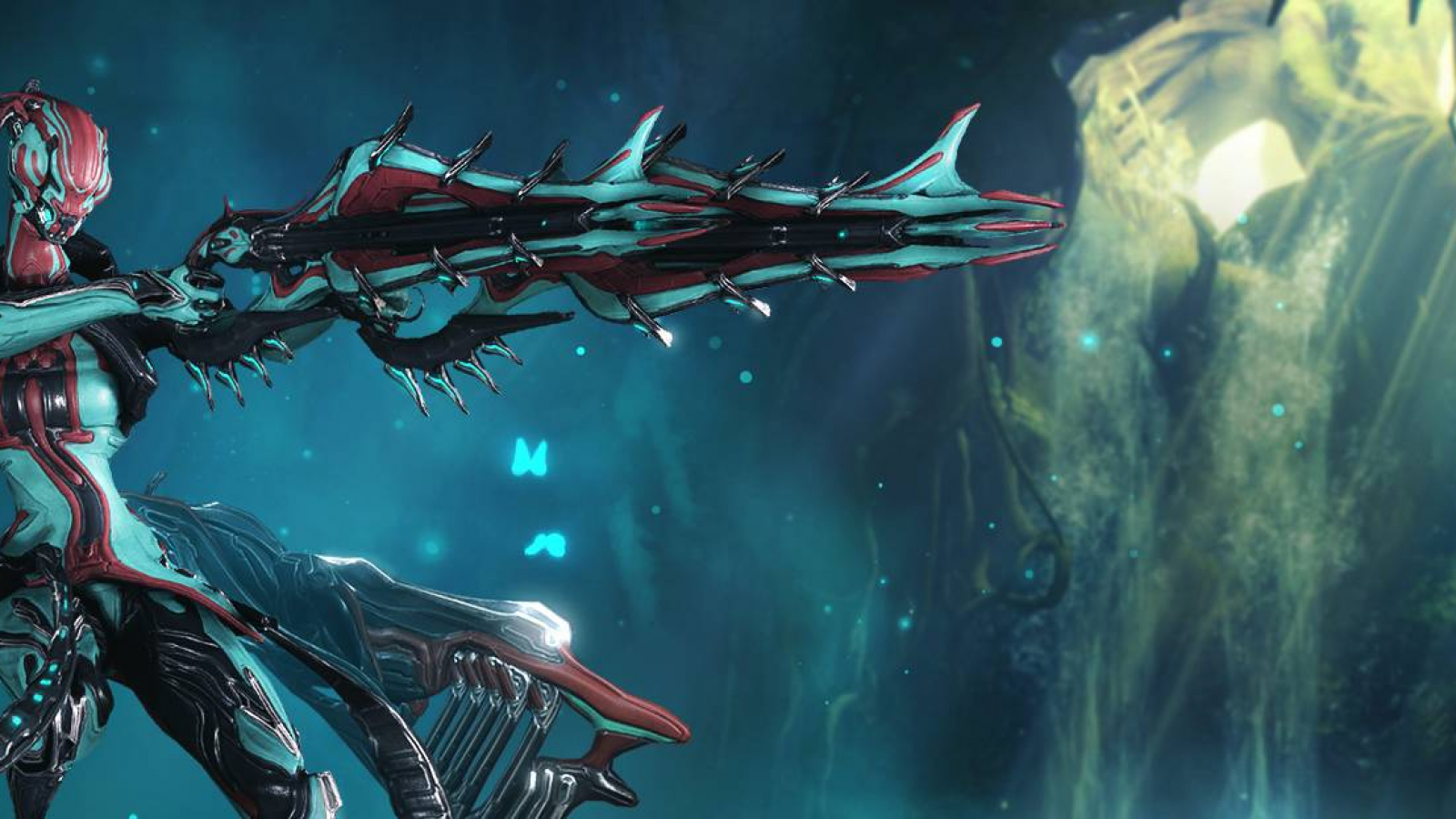 Go on a Quest for the new Titania Warframe and discover the secrets of the Silver Grove. Devastate your foes with new Weapons and mark their bodies with the new Glyph system. Experience a new Lunaro map, Fusion System and much more!

Highlights from The Silver Grove include:

Trance your enemies with the mystical powers of Lotus’ newest warrior, Titania. Overwhelm your enemies with swarms of butterflies, mesmerize and distract foes with shiny lures and morph into a deadly, flying fairy.

Enemies fumble their weapons as they are whisked into the air. Nearby allies become immune to Status Effects.

Extract an offering from an enemy in the form of a random Ability Buff. Survivor’s attacks are weakened.

Create a swarm of razorflies that transform an enemy into an irresistible floating beacon, attracting witless comrades and finally exploding.

Shrink down and take flight, while razorflies attack nearby enemies.

New Loka has enlisted the Tenno to help protect a sacred forest from the Grineer camping around the sacred grounds.

GLYPHS – Now you can place your mark around your environment using Glyphs! Show your foes you are close by or simply show off your favorite Warframe.

FUSION SIMPLIFICATION – We have made changes to the Fusion System to make it easier for you to upgrade your Mod collection. The introduction of the Endo System will remove the hidden complexity of Fusion. Learn more about the new changes here .

OPERATOR OUTFITS – Pick up the latest in Operator attire. Now available the vogueish Koppra Outfit and the unconventional Varida Outfit.

APOXYS SYANDANA – This malignant growth hangs elegantly on the shoulders of any Tenno. Complete this look by adding on the matching POX Weapon.

POX – These festering sacs of pus and gas burst violently on impact. Complete this look by adding on the matching APOXYS SYANDANA.

LUNARO AND CONCLAVE ADDITIONS AND CHANGES:

NEW LUNARO ARENA – Challenge your fellow Tenno to a game of Lunaro in the new Steel Meridian themed Map. This arena built by Steel Meridian troops features a sideways net and mid-field ramps.

PRE-GAME WARMUPS – Warm up in a game of Lunaro while you wait for more players to join.

GAMEPLAY IMPROVEMENTS – Experience new gameplay improvements including a dedicated 'pass' button and the ability to guard while holding the Lunaro.

VOLUNTEER SERVERS AND MATCHMAKING IMPROVEMENTS – Matchmaking improvements and the introduction of volunteer servers means you -- along with your teammates and adversaries -- will experience even smoother and more consistent Lunaro gameplay.