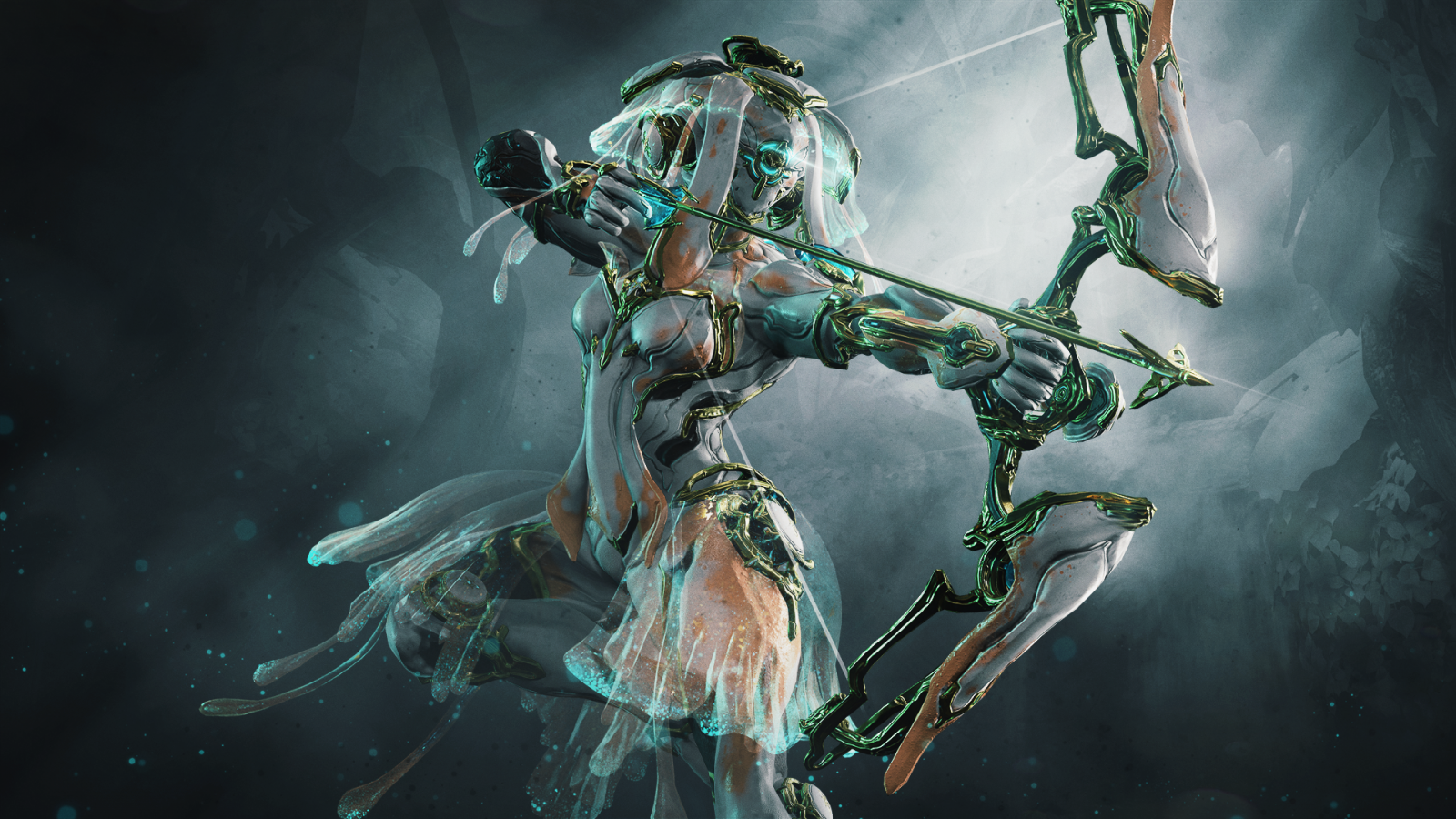 The latest Prime Resurgence rotation offers Tenno the opportunity to earn or instantly acquire Ivara Prime along with her deadly Prime Weapons and gleaming Prime Accessories. Whether you’ve recently added the gilded version of this stealthy huntress to your Arsenal, or are simply looking for some inspiration for your regular Ivara, the Warframe community has some excellent Mod suggestions and build tips to offer.

Ivara is commonly used for Spy and Rescue Missions, or any other task that requires stealth and/or invisibility. But that doesn’t mean you should overlook her for other types of Missions, also. As the guides below demonstrate, she’s compatible with widely different playstyles depending on the type of build you choose: a simple-yet-versatile Ivara suitable for a variety of Mission types, a tactical build meant for solo play, or a focused niche build that offers higher DPS. Let’s take a look at each of them.

In this video, Grind Hard Squad (GHS) builds out a number of different Ivara Prime configurations based on Mission type, including:

The first build is ideal for Focus farming and Extermination Missions, and optimizes Ivara’s Prowl and Quiver Abilities with the following Mods: Augur Reach, Stretch, Streamline, Constitution, Primed Continuity, Vitality, Primed Flow and Fleeting Expertise. This build allows you to breeze through the map, neutralizing enemies with Sleep Arrows and then eliminating them with added stealth damage thanks to your invisibility. Highly recommended for the Adaro node on Sedna.

This is similar to the Focus build, except you’ll want to replace the Range Mods with both the Infiltrate Augment Mod and some Strength Mods to help offset the reduced movement speed from Prowl. With Infiltrate, Ivara will be immune to any laser defences standing between you and your goal. Just be sure to bring some Squad Energy Restores so you can keep your invisibility up in a pinch!

Again, this is similar to the Focus build, but with Vitality swapped out for a maxed Overextended Mod to add more Range. In conjunction with the added Efficiency you get from Streamline and Fleeting Expertise, this build allows you to bombard the map with Noise Arrows leaving enemies too docile to do much of anything as you capture each relay point. Simply stay invisible with Prowl and avoid outright killing enemies until you have 100% control, then go ahead and take them all out at once. Rinse and repeat until victory is yours.

These are only a handful of the builds included in GHS’ guide, and the full video is definitely worth a watch – especially if you have specific tasks in mind like hunting Eidolons. Note that while these builds are great for regular Ivara, the Prime version will only require one additional Forma to run them thanks to her extra Polarity Slots.

Brozime’s build is a simple and “chill” configuration that offers a bit more variety than the conventional stealth builds Ivara is known for. He recommends this one for solo players who enjoy Ivara’s Abilities, and are willing to be a bit more tactical to take full advantage of them.

In terms of Mods, the centerpiece here is the Concentrated Arrow Augment for Ivara’s fourth Ability, Artemis Bow. Ordinarily, this Exalted Weapon unleashes a volley of arrows at once, but with the Augment applied, it delivers a single projectile instead that explodes on headshots. Naturally then, how you Mod the Bow itself is just as important as how you Mod the Warframe.

Primed Flow will significantly boost Ivara’s Energy, and adding both Arcane Energize and Streamline should be enough to ensure that she won’t run out of it during battle (while keeping her invisibility up). You’re going to want lots of Range as well in order to extend the reach of her arrow attacks, and for that Brozime recommends adding Stretch, Overextended, Auger Reach and Cunning Drift. Transient Fortitude and Primed Continuity occupy the remaining Mod slots for a bit of extra Strength and Duration, respectively.

You can choose to use Ivara’s Navigator in conjunction with Concentrated Arrow, if that strikes your fancy. Otherwise, there are plenty of subsumable Abilities you could replace it with instead, such as Khora’s Ensnare. Rounding out this configuration is Arcane Rage, which further increases headshot damage from Ivara’s powerful Artemis Bow.

For the Exalted Weapon itself, Brozime prescribes a straightforward Hunter Munitions build with a focus on Viral (via Malignant Force and Primed Cryo Rounds). Also included is Serration, Galvanized Chamber, Vital Sense and Critical Delay. In most other Ivara builds you would ordinarily also want to include Primed Shred, but in this case you should opt for an alternative since Concentrated Arrow means there’s no Punch Through anyways. Brozime suggests a “Primed Bane Of…” Mod, but you could just as easily include an additional Elemental Mod instead.

After this, you’re all set for solo play! Simply stay invisible on the battlefield and fire off headshots with your Artemis Bow. The explosions that result should be more than enough to clear rooms full of any enemies unfortunate enough to stand in your way.

In this final guide, L1fewater presents a “super-fun, niche build” for Ivara that allows her to dish out absolutely “insane” levels of damage on par with Warframes such as Saryn and Khora. This is done by combining her Navigator Ability, Dashwire Arrow Ability, the Piercing Navigator and Empowered Quiver Augment Mods, along with a Glaive Melee Weapon. Let’s break it down.

Dashwire Arrow strings up a tight wire line that Ivara can traverse across.

Empowered Quiver adds 100% Critical Damage while standing on one of her Dashwires, and Piercing Navigator increases the Critical Chance and Punch-Through of any projectiles under her control.

So, what you want to do during combat is as follows:

1. Cast Dashwire Arrow.
2. Stand on it to get bonus Critical Damage.
3. Throw your Glaive.
4. Control it with Navigator.
5. Fly it through the air to accumulate Damage multipliers, and then finally…
6. Detonate the Glaive with the alt-fire button once it reaches your enemies.

Note: L1fewater uses the Glaive Prime in this video as it forces additional Slash Damage upon detonation, but you could also use the Xoris (for its Electrical Damage) or the Cerata (for Toxin).

For Ivara’s Mods, you’ll want to focus on Strength by adding Umbral Intensify, Transient Fortitude and Auger Secrets, along with Primed Continuity for extra Duration. Primed Sure Footed and Rolling Guard should cover your defensive needs, while Swift Momentum increases your Heavy Attack wind up speed. You can then round out this build with Arcane Energize for extra Energy, and either Arcane Resistance or Arcane Fury depending on your tastes. To achieve the massive Damage numbers alluded to in this video’s title, you’ll need to replace Artemis Bow with Wisp’s Breach Surge. Casting this on a group of enemies, then hopping onto your Dashwire, and following up with your Glaive is a surefire way to inflict millions upon millions of Damage. Not only is this combination extremely powerful, but it’s also a novel change of pace compared with many other Warframe builds, so enjoy!