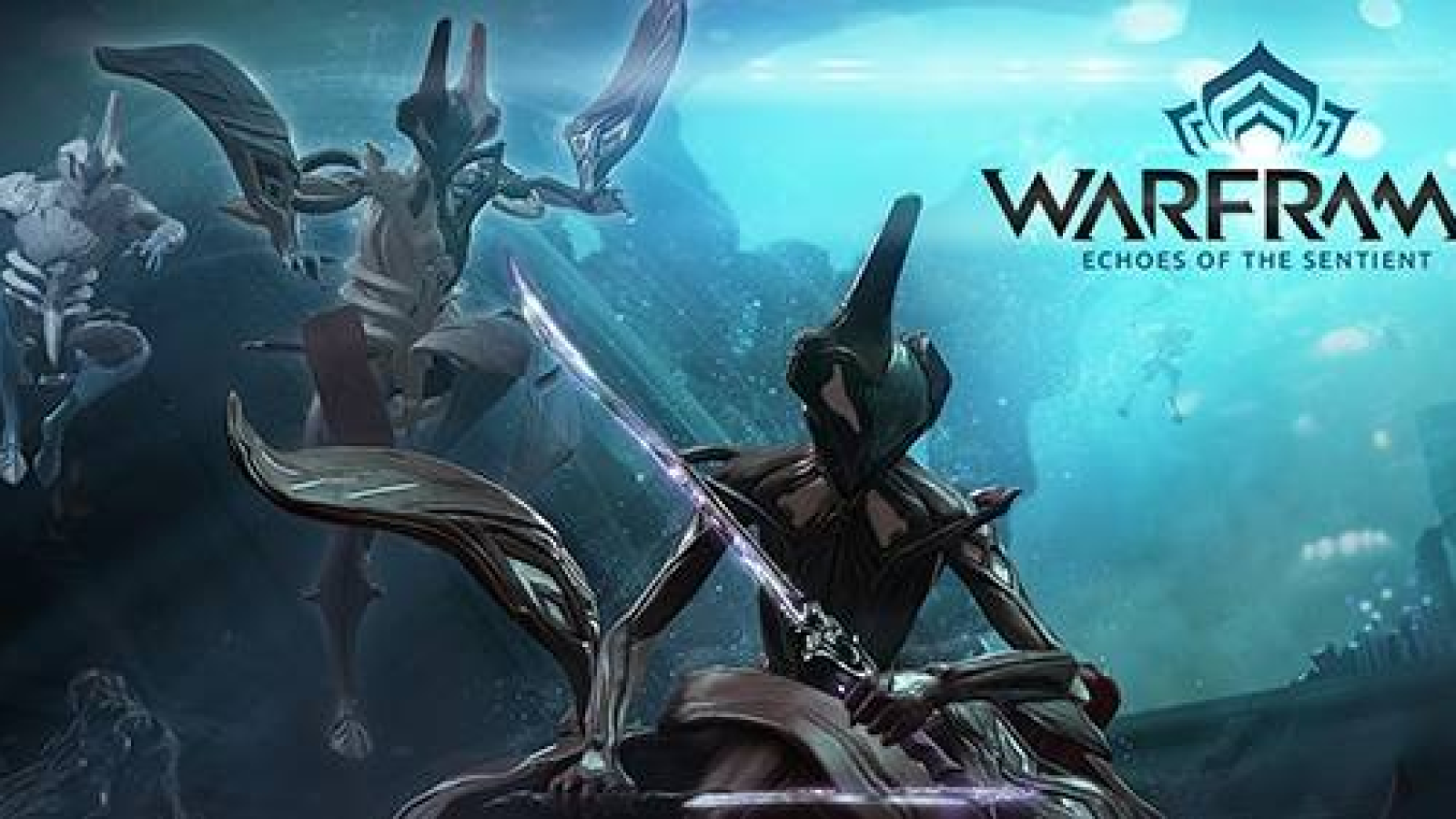 There's never been a better time to be a space ninja. Echoes of the Sentient is here!

There is so much to explore in this massive, new update! Move through the Solar System in an entirely new way with a completely overhauled Parkour system. Visit an underwater world with Archwing levels. Go on a Quest for the new Equinox Warframe and discover the best of both worlds. Experience an abundance of new Conclave additions, Weapons, Mods and more!

See what our Devs have to say about this extensive new update:

For more information, read on.

Split between day and night, Equinox manifests aggressive and defensive forms at will.

- (Night) Rest: Enemies in a small targeted area are put to sleep.

- (Day) Provoke: Increases the Power Strength of nearby allies.

- (Day) Maim: Nearby enemies are bled and then subjected to a wave of slashing force.

- (Night) Mend: Allies are healed with each nearby enemy killed.

PLAYER MOVEMENT OVERHAUL -- Players will experience a complete overhaul to movement in the game.

- Double Jump: Players can now use a second jump while in mid-air. Players will be able to jump again immediately after touching any surface or enemy.

- Bullet Jump: Pressing the ‘Jump’ button after sliding will send the player into a mid-air dash, temporarily improving movement speed. Players can use a Bullet Jump as a double jump in any direction.

- Wall Latch: Pressing the ‘Right Mouse Button’ button against a wall will allow players to latch onto flat surfaces for a limited duration. Players may fire their equipped Primary or Secondary weapon while using Wall Latch.

- Wall Dash: Pressing the ‘Jump’ button while against any surface will allow players to hop along the surface in any direction. This can be used to scale vertical surfaces, and can be chained indefinitely.

- Aim Gliding: Using the ‘Aim’ button while in mid-air will slow the player’s fall speed, enabling a slow glide that players can fire their weapon in any direction from.

- Ziplines: Pressing X while near a zipline will allow players to jump directly onto the zipline. Players can now run or dash along ziplines, and X to jump on a zipline can be done after a double jump.

NEW BOSS BATTLE -- Tyl Regor is back and is stronger than ever. Assassinate this skilled threat amidst the oceans of Titania, Uranus!

NEW QUEST -- Is the strange drone scanning Tenno just an upgraded piece of Corpus technology or are there more sinister things stirring in the Origin System?

NEW TILESET -- Delve into the depths of the Grineer Ocean with a new, underwater Tileset.

Ack and Brunt: Tyl Regor’s custom axe and shield are how he likes to eliminate ‘frustrations’.

Grattler: Shatter your targets with explosive shells from this devastating Archwing canon.

Harpak: Spike enemies to the wall or reel them in with this automatic harpoon gun.

Kulstar: Rain hell on the enemy with this handheld cluster-rocket launcher.

Twin Grakatas: When one Grakata isn't enough, bring another for extra firepower.

Chesa Kubrow -- Trained to retrieve valuable resources for its master.

NEW CUSTOMIZATIONS -- Give your Warframe a new look with four new Capes, now available in the Market!

Izvara: The exclusive garment of Tenno chosen to protect the Orokin Council of Executors.

Nelumbo: Worn to honor the Lotus.

Udyat: A flowing ribbon of silken fabric, crowned with a star.

Vanquished Banner: Add insult to injury by mocking the Grineer with their own banner.

For a full list of Update notes, please visit our Forums.