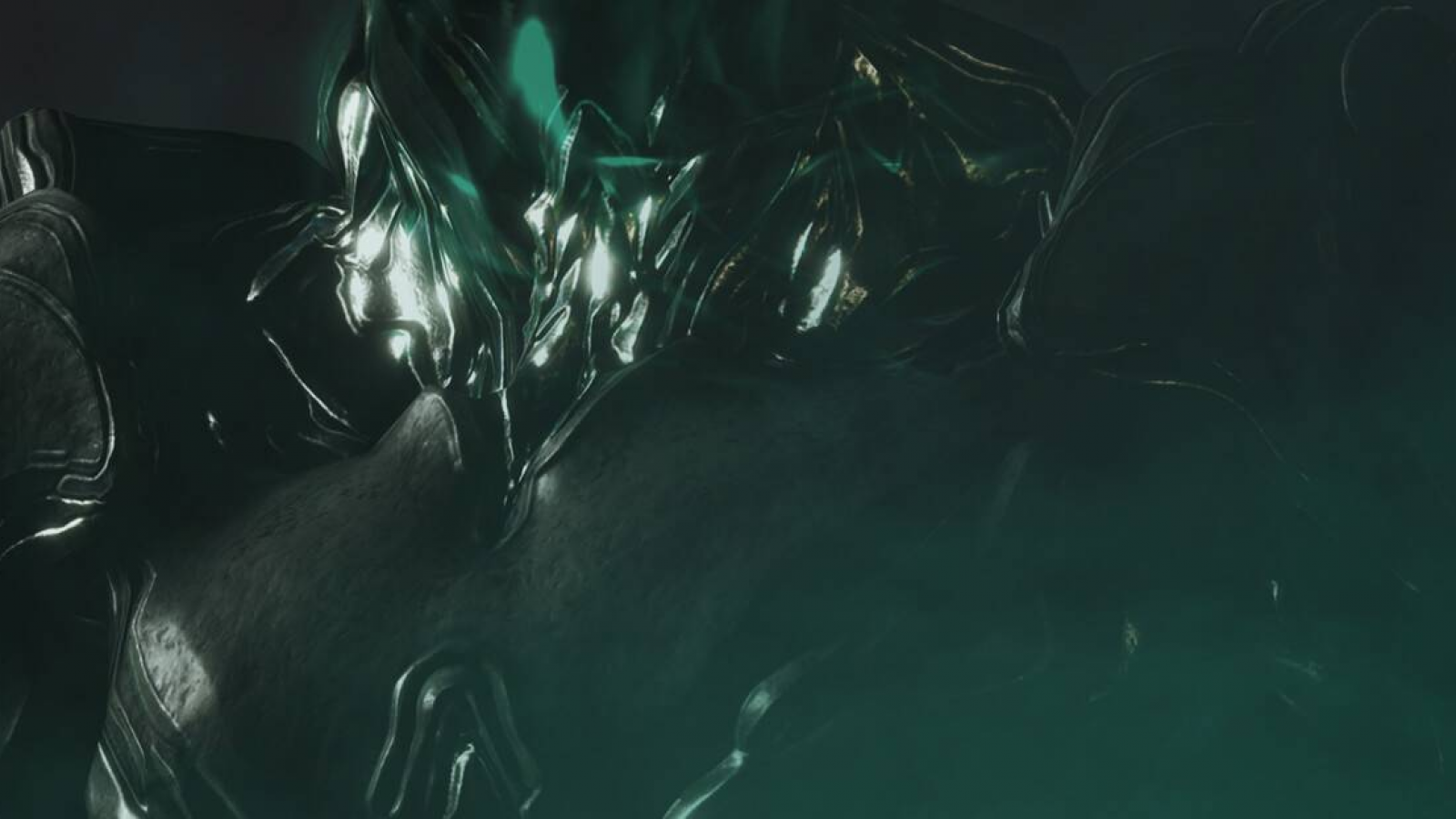 Did you miss the last Devstream before TennoCon 2018? You can watch the full episode on our YouTube channel to get a look at the next Warframe, coming melee weapons and more. If you want the TL;DW version, we’ve compiled all the highlights below:

· Twitch Drops are now live all weekend long! A different Landing Craft skin will be available every 24 hours starting at 2pm ET from today, June 1 to Tuesday, June 4. Get yours by watching any Warframe Partner on Twitch for 60 minutes: https://www.warframe.com/community/partners

· Two 24-hour Gift of the Lotus Alerts are now live on all Platforms: one for a Riven, and one for a Potato.

· Console players can expect the 7-day Forma Alert following this stream, like what we did on PC following the release of Saryn’s revisited kit.

· Ballas’ voice actor will be at TennoCon 2018! Tickets are officially sold out, but if you’d like to get your hands on a Digital Pack, you can do so here: warframe.com/tennocon

There will be no major updates until The Sacrifice releases (hopefully before TennoCon?)! In the meantime, here’s a teaser to keep the speculation and meme juices flowing: 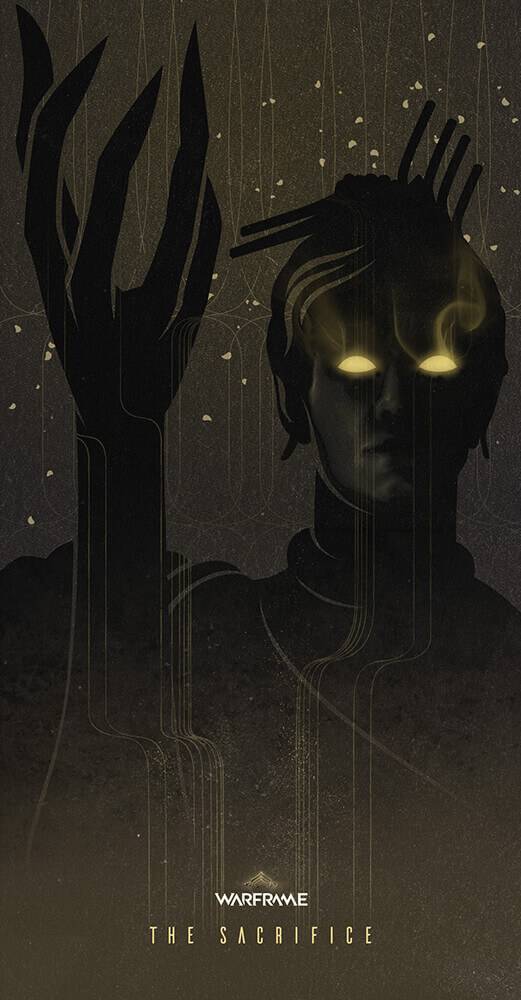 Our next Warframe is afflicted by Sentient energy. His kit is focused around using this affliction to slay enemies and 'own' them. Unlike Nekros, who controls his foes in the afterlife, this Warframe is inspired by Eidolons and revenants. We don’t have an official name for him yet, but internally we refer to him as Vlad.

This is his original concept, courtesy of Keith Thompson:

Here’s he is in-game with his signature katana:

And his alt helmet:

Passive: Innate lifesteal proportional to the amount of energy he has.

First Ability: Cast on an enemy to afflict them, making them follow you around while drawing aggro. They are invulnerable to attacks.

· Recasting on an afflicted enemy will transfer them to “Final Affliction” mode, where they attack enemies around them and afflict them as well.

Second Ability: While active, enemies that attack you are stunned for X seconds. Each cast gives the player X number of charges – each stunned enemy costs one charge.

· Stunned enemies can be afflicted (using his 1) at no energy cost.

Third Ability: Casting turns ‘Vlad’ into a mist that afflicts enemies that you pass through.

· Passing through enemies also steals their health and shields.

Fourth Ability: Creates a large AOE blast that puts all caught enemies to sleep for a duration.

If you follow any of the Devs on Twitter, you might have heard rumblings of separately moddable Exalted weapons. Venari was our first foray into this realm, and we are looking to use our learnings from her to expand this to other Warframes. To be clear, this would only apply to those Warframes with exalted weapons, like Valkyr, Ivara, Excalibur.

Others, like Atlas and Gara, not fall into this category.

The goal behind separately moddable exalted weapons is to allow players greater customization of their builds, with increased investment as a result. Balancing how much investment is key, so this is currently what we have planned:

· These weapons will come with polarities to help lessen the Forma burden.

· Duplicate mods can be used, unlike those on Sentinel weapons.

· These weapons will not give you Mastery.

We are still working on a final iteration of this system, so if you have feedback or thoughts, please be sure to share them with us!

Here’s a look at some new weapons we have been working on: 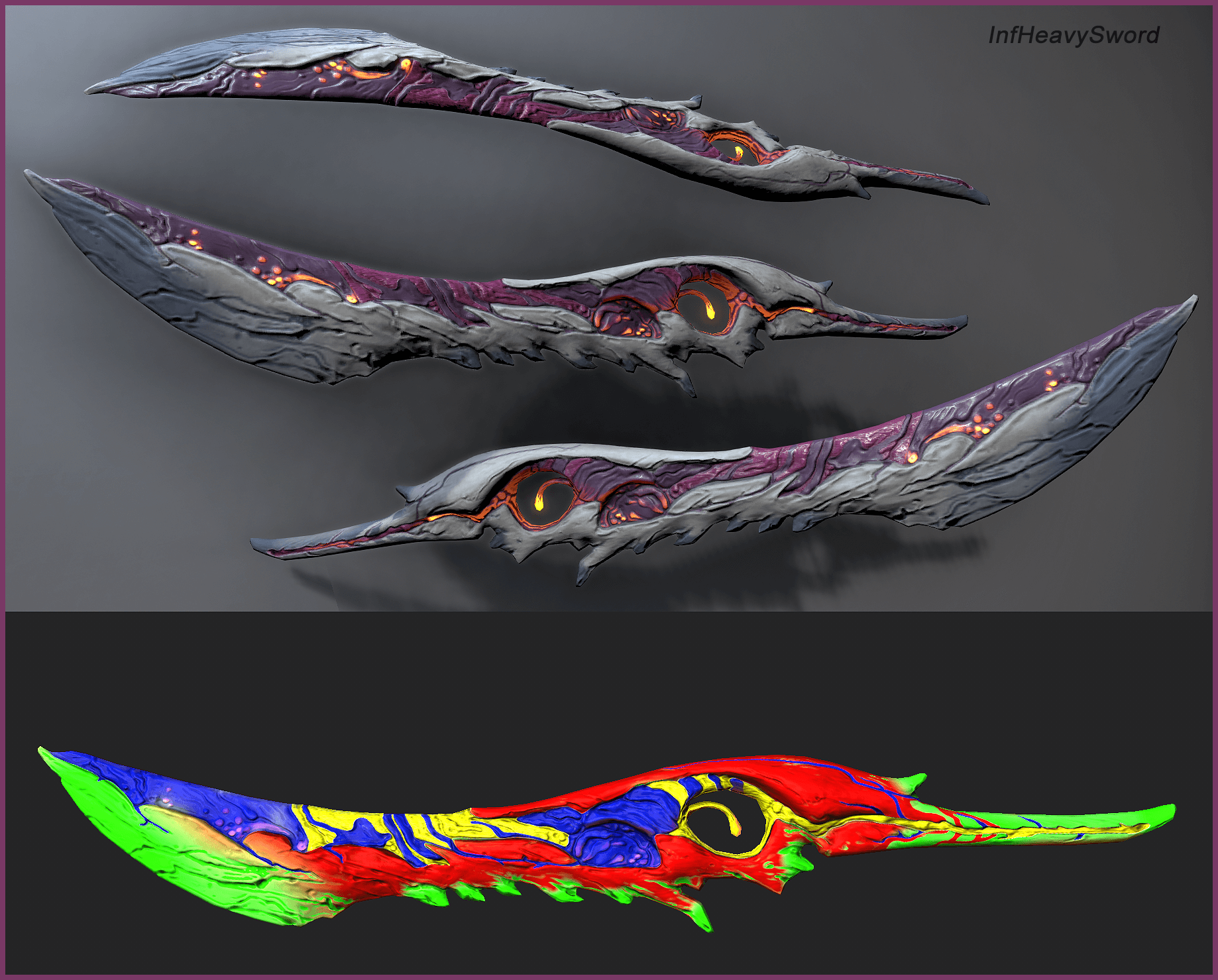 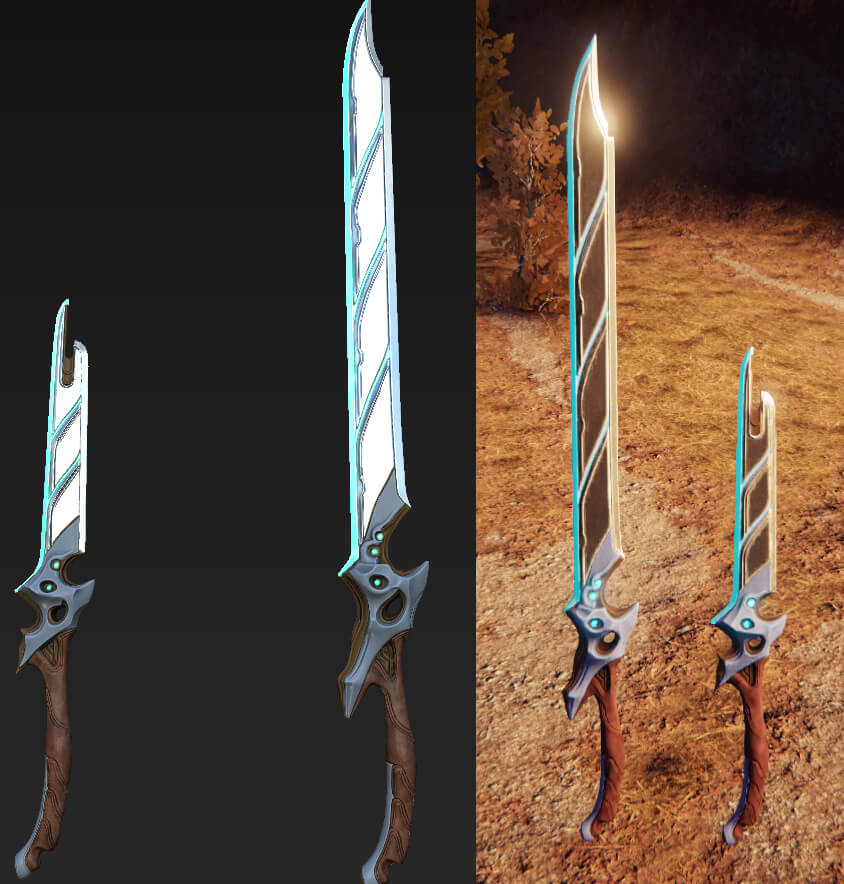 · You will be able to play Frame Fighter at TennoCon 2018!

· We have big plans to feature some of those amazing Dojos in the future. If you want to brush up on your decorator skills, now’s the time!

· A new set of natural Dojo decorations are in the works!

· We’re always planning on reworking and tweaking Warframes to make sure they’re on par with the newer content. Goal is to make each Warframe end-game viable.

· We’ll be adding a “Contribute Resources to all Decorations” button to the Dojo.

· We’re also looking into potentially letting players add NPCs to the Dojo as well. But we are wary of how inappropriate.

· We’re looking into the logistics of bringing previous events back.

· Vauban and Titania are on our list of frames to look at next. There was some mention specifically of Titania’s Diwata.

· With ‘Vlad’ releasing, we finally have enough Warframes to make a second Tenno Color Palette!

Missed our update notes this week but want to see what important changes came to Warframe? We’re highlighted all the important bits below in this edition of the Remote Observer!

· Spores drain occurs once per half second instead of continuous.

· Spores will always spread on death for targets you cast Spores on directly, and those affected by Miasma.

· Spores won't be removed by enemies going temporarily invulnerable because of void tears corrupting them.

· Fixed Saryn’s Spore damage being removed when casting Spores on a target that is being simultaneously killed by a teammate.

· Fixes towards Clients having their Abilities blocked if they join a Host right as they transition through the initial Onslaught Conduit.

· Optimized Foundry operations considerably for people with a lot of Inventory.

· Doubled the Tower White Pigment drop chance and reduced the Pigment quantity to 5.

· Reduced the Oxium crafting cost for Dojo Orokin Decorations by half. The Oxium difference will be refunded to the Clan Vault.

The next update has been successfully submitted to cert! Take a look at our official threads to see what to expect on consoles hopefully next week: