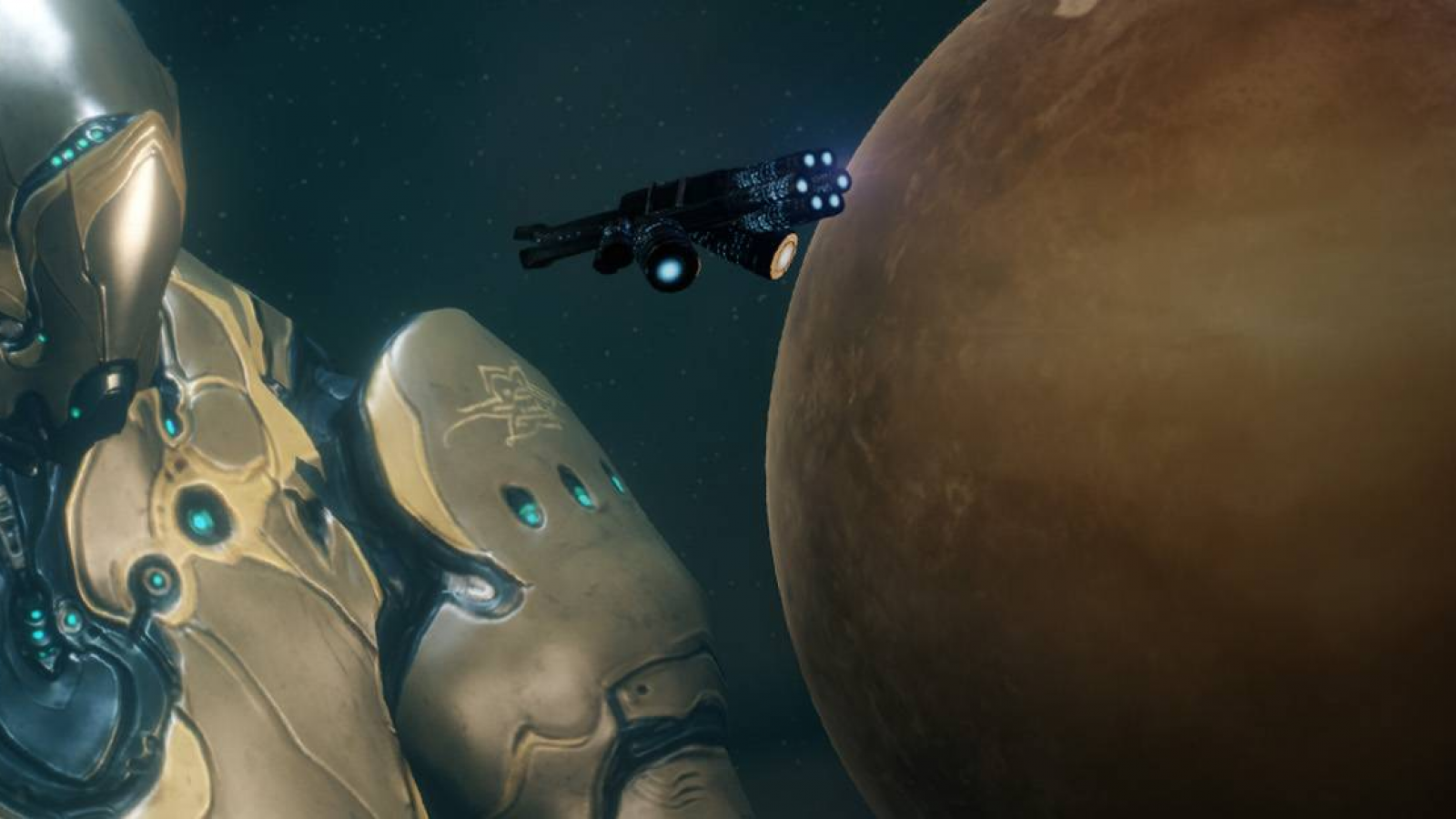 Today’s Devstream was a mix of both the past and the future – we revisited previous reveals that have not yet made their way into the game, but we also looked ahead at our next expansion. Kingpin System? Venus Landscape? Giant Katana? Khora? We covered them all, and more!

If you want to hear the full discussion, you can do so in the embedded video below, but as always, we’ve compiled all the dirty details for you here:

· Watch any Warframe stream this weekend for 30 minutes and get an Articula as a Drop! Make sure you and the caster have both properly linked your accounts here

· Winners of the FanForge contest are now available as official merchandise at For Fans by Fans! Support community fan artists and get a chance to win Mirage Prime Access if you make a purchase between February 22 and March 8. Get yours and see full details here.

· TennoCon 2018 is on Saturay, July 7 in London, Ontario! Get more details and sign up to learn when tickets go on sale at: www.warframe.com/tennocon

· Shoutout to ajingom for this amazing creation.

Last Devstream we asked you guys generally about price points and offer inclusions if we were to have separate Prime Vault Accessories packs. As expected there's preferences in all directions, so we will be evaluating possibilities for the Summer Vault, but it’s coming for sure!

Venus – the next Landscape

Our next Landscape is Venus, this is no secret, but today the Devs sat down to really discuss what we have planned for this next Open World in terms of aesthetic and lore. When designing this space, we didn’t want to recreate Venus as we know it now, but instead take a more fantastical approach.

I’ve noted key talking points from the Devs below, but I highly recommend listening to them speak in detail about this new Landscape in terms of our inspirations and aspirations for our next big expansion.

There were a lot of concepts and paintovers revealed, which I have compiled in this imgur album. Click on this link to be taken to the YouTube timestamp for the entire Venus discussion.

Once an Oven, now a Fridge

The Orokin were terraforming Venus to be a liveable space before they fell, and now the Corpus are trying to pick up the pieces and continue their work. The liquid in the concept art above isn’t actually water, but is coolant that was used to, well, cool the planet’s surface. The floating island is actually a glacier that has formed around a golden orb placed by the Orokin that will then crash into the landscape and shatter. Here’s a gif of how this process might work:

Instead of level-gating based on night cycles like on Earth, winter storms instead will make areas of the map more difficult as they pass through the landscape.

Here is a look at the vegetation that has sprung up as a result of the terraforming:

Here is a quick paintover of actual Venus landscape (from in-engine) of Corpus infrastructure on the surface. This is a construction site that might be related Nef Anyo in some way.

Like Cetus, there is a civilization on Venus: Solaris United, the unhappy labor force for the Corpus. They live belowground and are responsible for processing the coolant and refining it for use back on the surface.

Finally, here’s a quick look at some of the terrain tech that has allowed us to make an even bigger Landscape than POE:

You will soon be able to install 2 Arcanes per Warframe via the Upgrade screen – but this option is only available to those who are at least Mastery Rank 5! Zaw and Operator Arcanes will work the same way as well.

This might come as early as next week on PC!

You might have heard the news on Prime Time 197, or on [DE]Steve’s Twitter, but new video-focused tools are coming to Captura!

- Ability to add text that is anchored in the scene.

Below is a quick showcase of this tool from the stream itself:

We decided we couldn’t wait for Geoff to finish the Hydroid Prime trailer, so we made our own using the new Captura tools:

We’ve shown off Octavia Deluxe quite a bit at this point, but here she is in action with 2 new Zaws, a scythe and a katana:

These guys were showcased last Devstream, but we wanted to give you a peek at their animations and give you a better feel for size. The small guy who jumps off the wall has blades for legs, and the lumbering white-headed one shoots goo – how fun!

This is a WIP model of the sword that’s planned to be released with the Warframe after Khora. The grey tendrils are smoke, and will be dynamic. For the sake of space you can see the concepts and sizing of this sword in-game at this link.

Revisiting old topics and other tidbits:

- Khora: new design is still being worked on, and is completely decoupled from the Damage Rework.

- Kingpin System: It’s still in development but has changed a lot since we last talked about it! It might not even use the original room anymore. We want to condense it down to the essence of a custom, persistent enemy who gets better over time.

- Dark Sectors: the rework we showed last stream feels less and less like a Dark Sector successor and instead a new system altogether. At its core, it’s a standalone leaderboard-based arcade mode for Vets, with a timeattack or speedrunning feel.

- We’re revisiting some aspects of Kuva acquisition, stay tuned for a Dev Workshop outlining the changes!

- Still want to return old wallrun animations but we don’t have time at the moment.

- Umbra is still coming – we promise!

We’re back with another edition of the Remote Observer, where we highlight the important changes that came to Warframe this week. Console Tenno didn’t have any updates, so we’ll be focusing solely on PC:

· We revisited our Beam Weapon this week, including a slew of stat changes. If you want to see full details, please read our update notes here.

· Beam weapons now state "STATUS" instead of "STATUS / SEC" in the Arsenal because they can now Status Effect more than once per second (like all other weapons).

· Lowered particle burst, opacity and particle count on numerous Gantulyst and Hydrolyst abilities, and Vomvalyst charge up attacks in an attempt to alleviate performance issues and reduce visual clutter.

· Fixed losing gained Affinity on your Pet/Sentinel if you leave the Plains as the Operator.

Invasion Changes:
Considering there are other “faster” mission types available to get your reward and get out, it was time to cut back a bit on the way 'endless' variants work within the Invasion system. As a result, the following mission completion requirements have been scaled back: