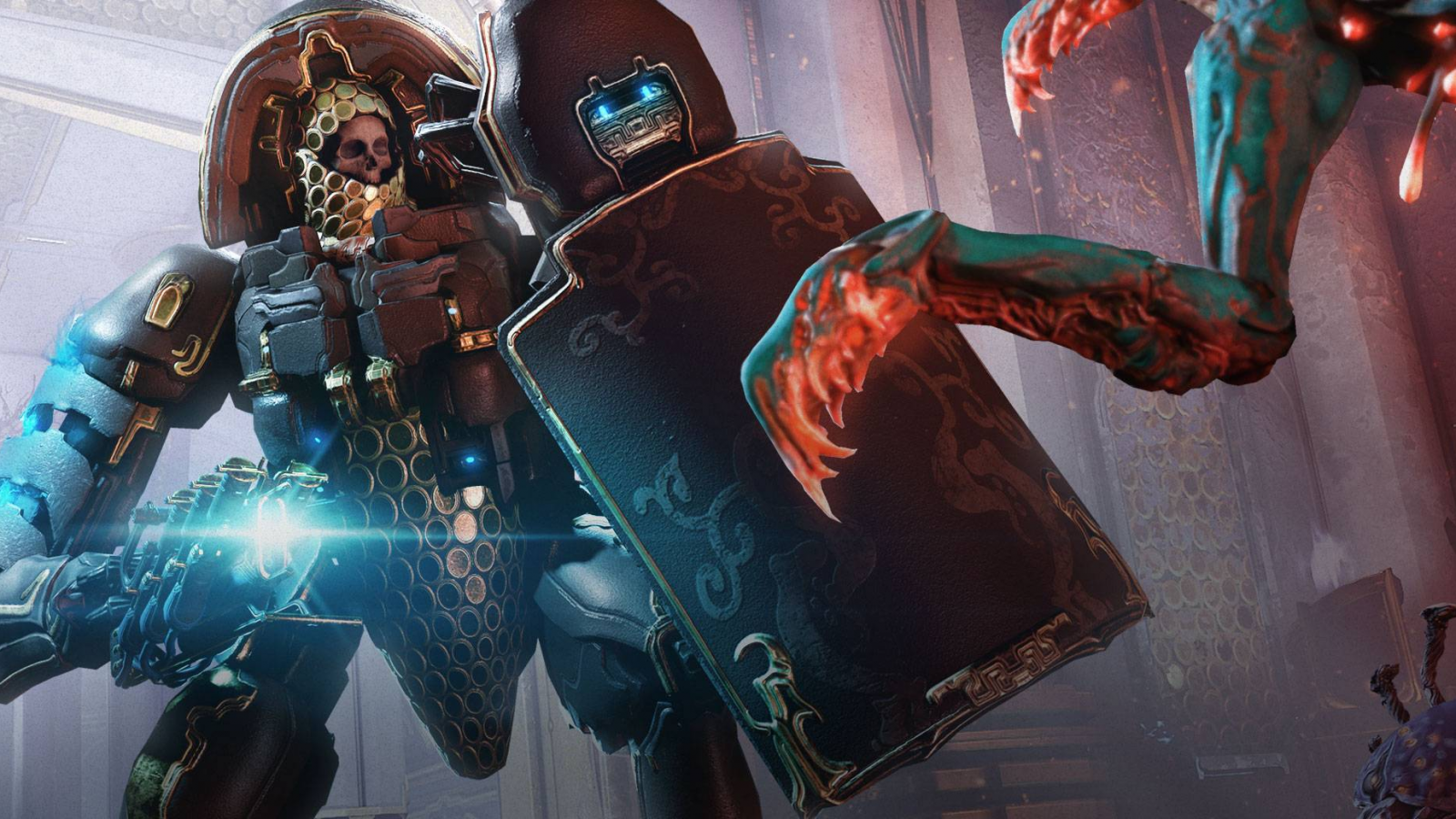 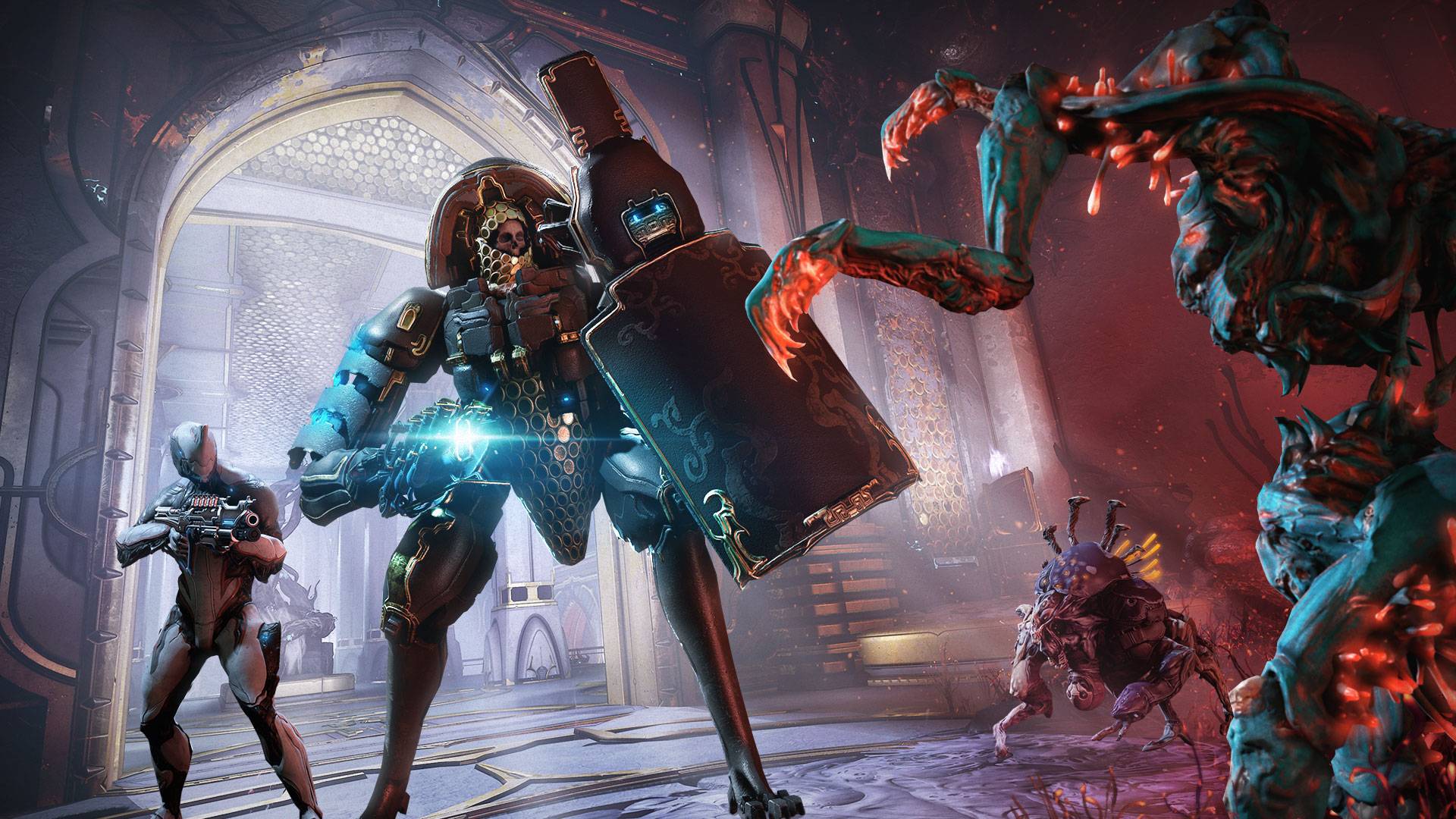 The Infested aren’t done with you yet, Tenno. Return to the grotesquely beautiful Cambion Drift and dominate the landscape in a whole new way with Bonewidow, the sword-wielding Necramech. Take on new Isolation Vault Bounties and Conservation efforts, explore uncharted caverns deep within the Infested Moon, and fight fire with fire using all-new Infested Weapons.

Introducing Bonewidow, a robust front-line Necramech that favors armor and health over shield strength. Impale and hurl enemies from the battlefield, or fight them up-close with an exalted warblade and heavy shield.

An ancient Entrati weapon that blasts through enemies with a double-barreled shot of energized slugs. 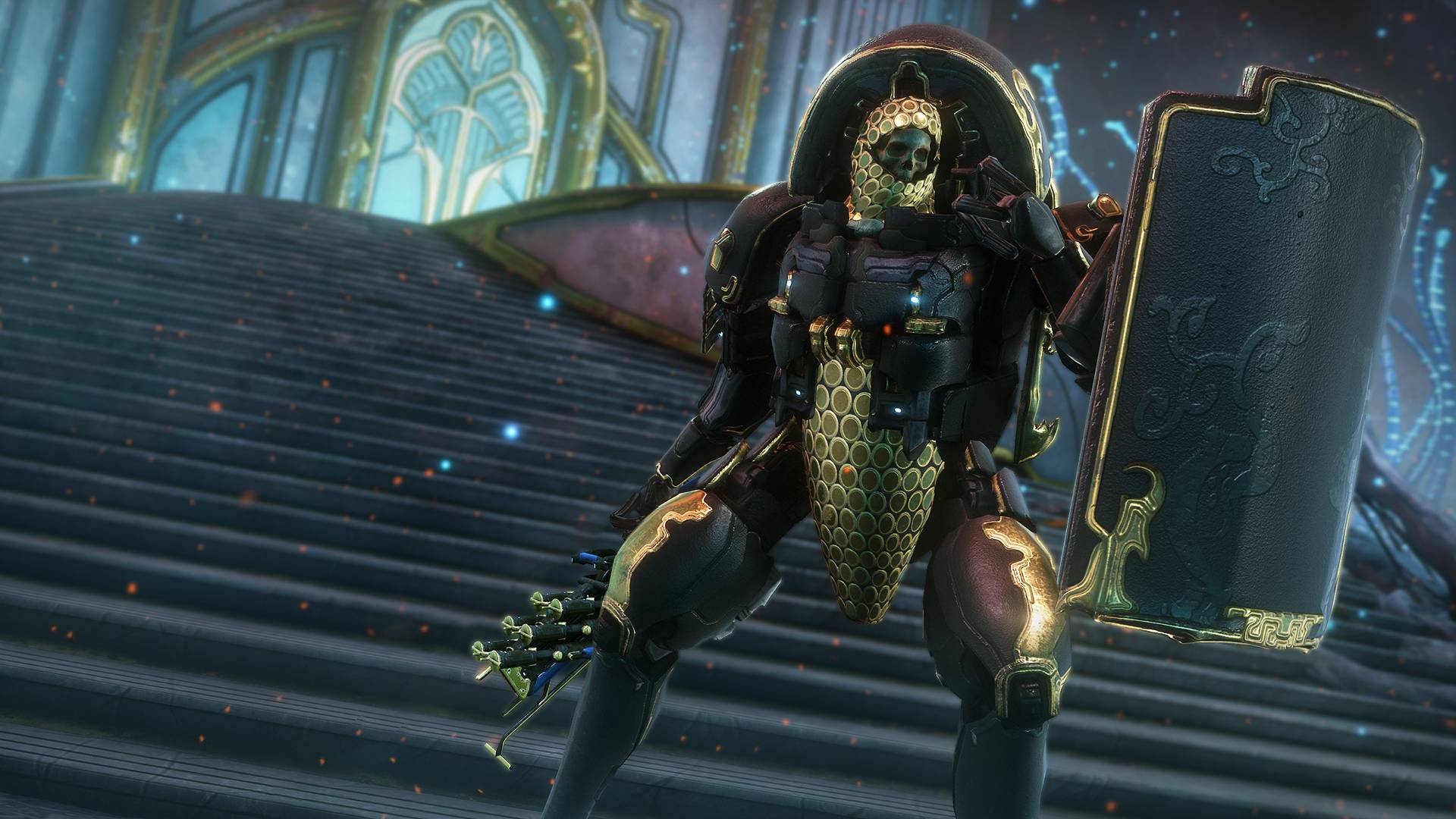 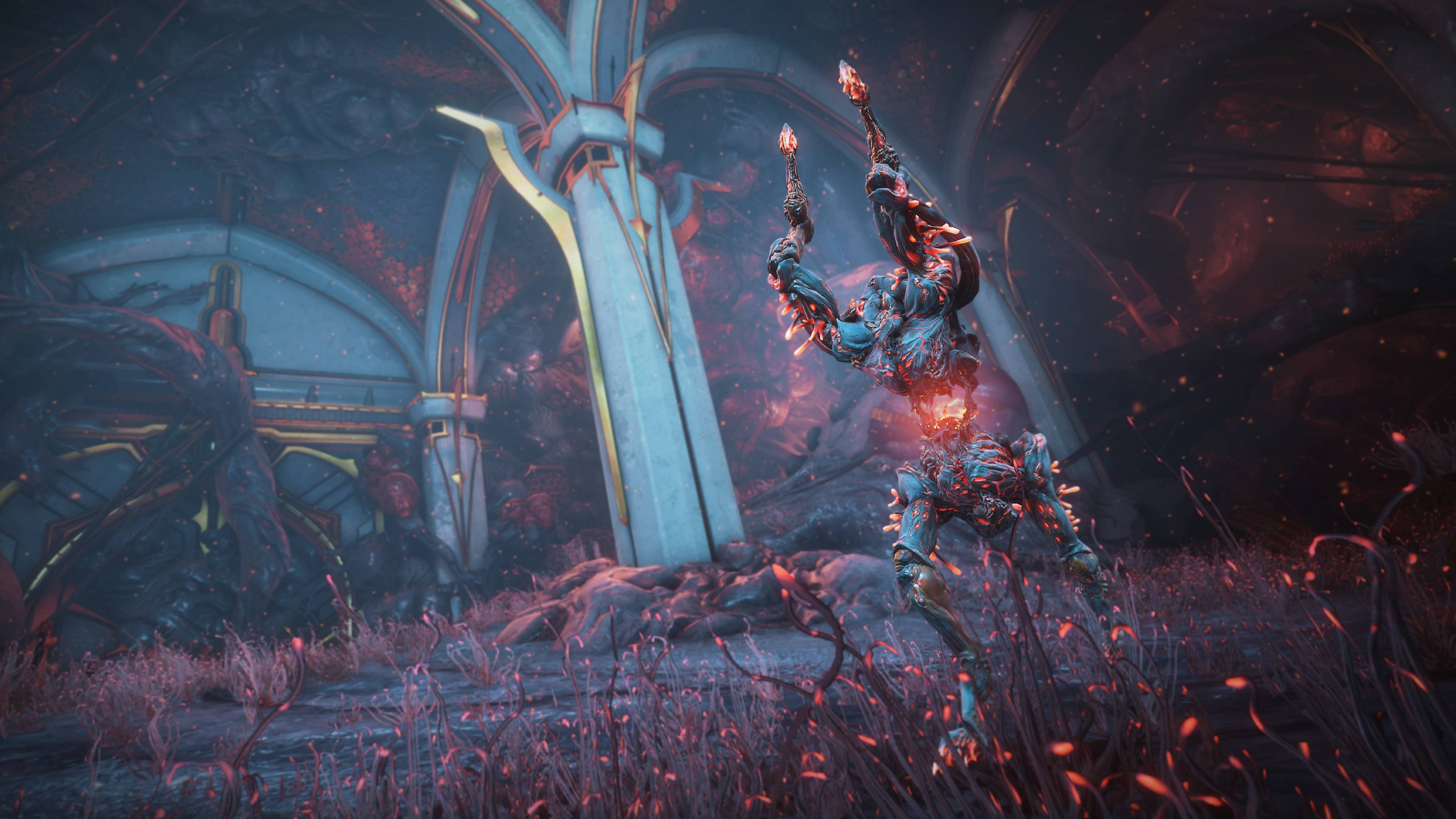 The legs are coming, Tenno! Previously known as the “Splitter”, the unpredictable Mitosid hunts its prey using vibrations from the surrounding environment. Surgical precision is recommended with this enemy, as the Mitosid has evolved to physically rip itself in half to survive!

The wilderness on Deimos is teeming with fauna, and Arcana introduces two new Infested beasts to be trapped, captured and protected: the amphibiously freakish Undazoa, and thwomp-like Nexifera. Those looking to relax near the exocrine will also be happy to know that two new species of fish — the parasitic Flagellocanth and three-tailed Lobotriscid — will now be available to catch. Good fortunes, Tenno! 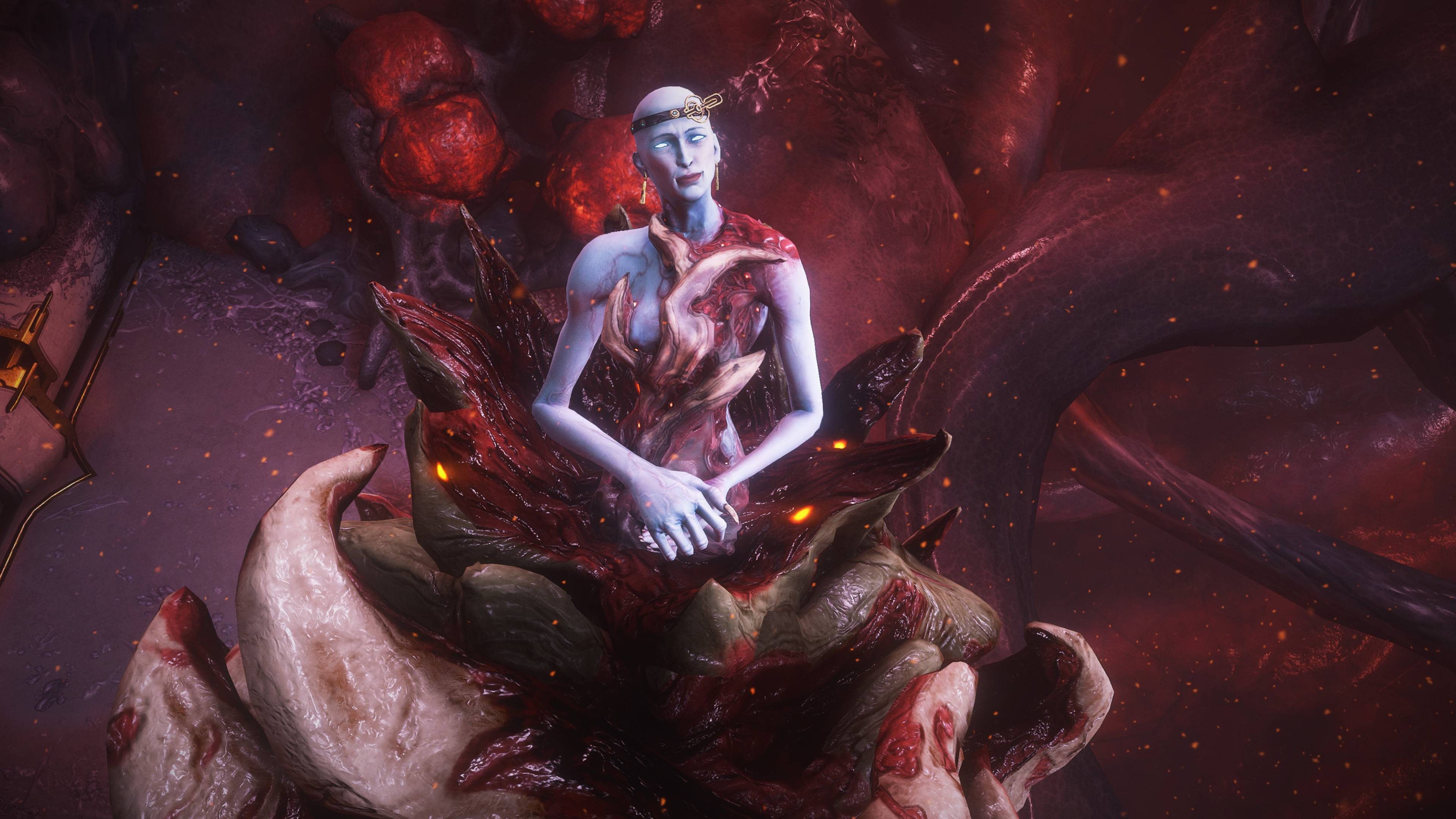 Deimos may look dead and decayed, but it’s chock-full of useful Resources. Visit Grandmother in the Necralisk to exchange any extra Resources you might have for Entrati Family Tokens. The kind of Token available for trade randomizes every few hours, so visit regularly to obtain extra Tokens of your choice! 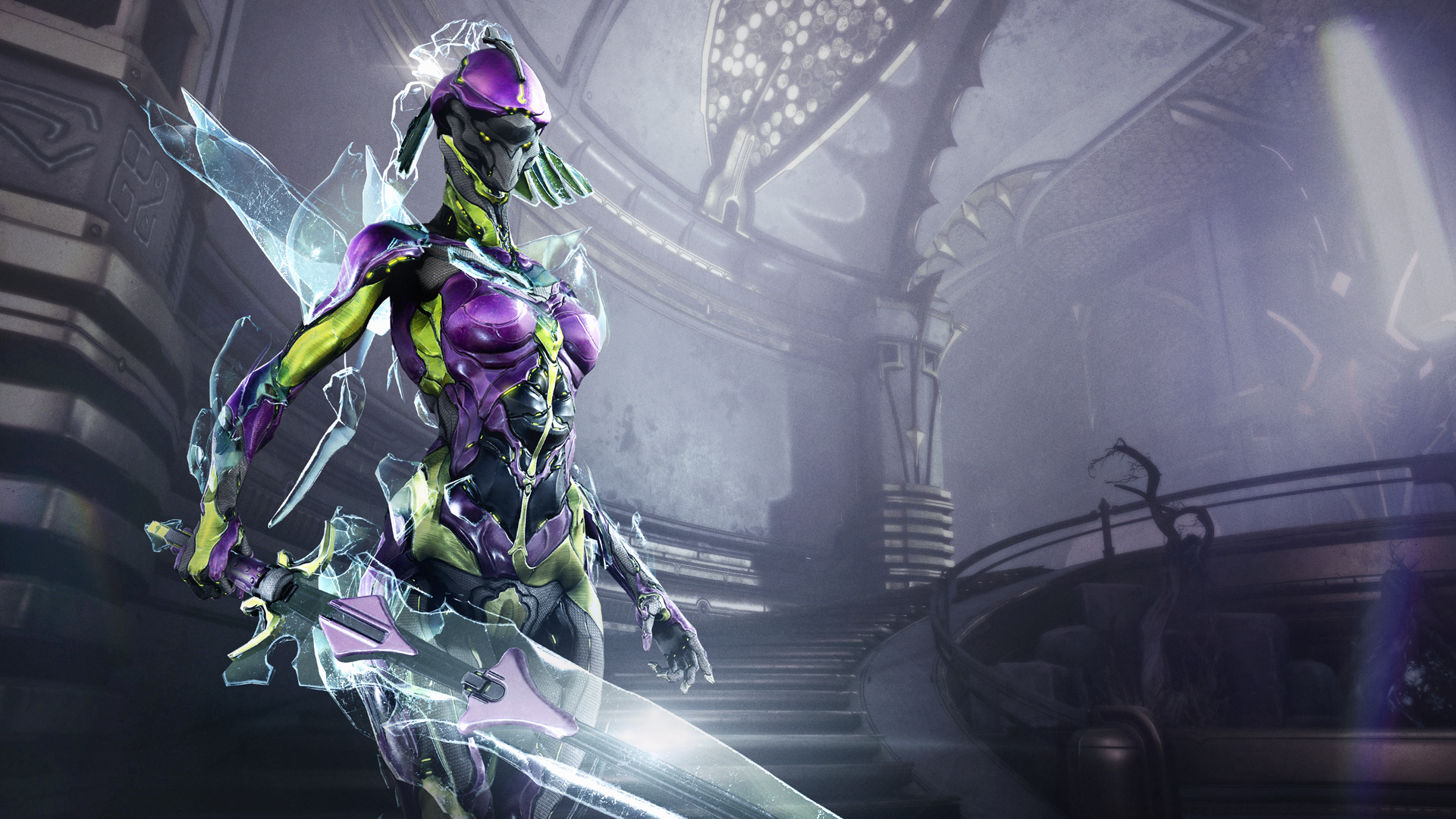 Harness your Warframe’s full potential with these new Augment Mods for Gauss, Garuda, Revenant and Wisp. 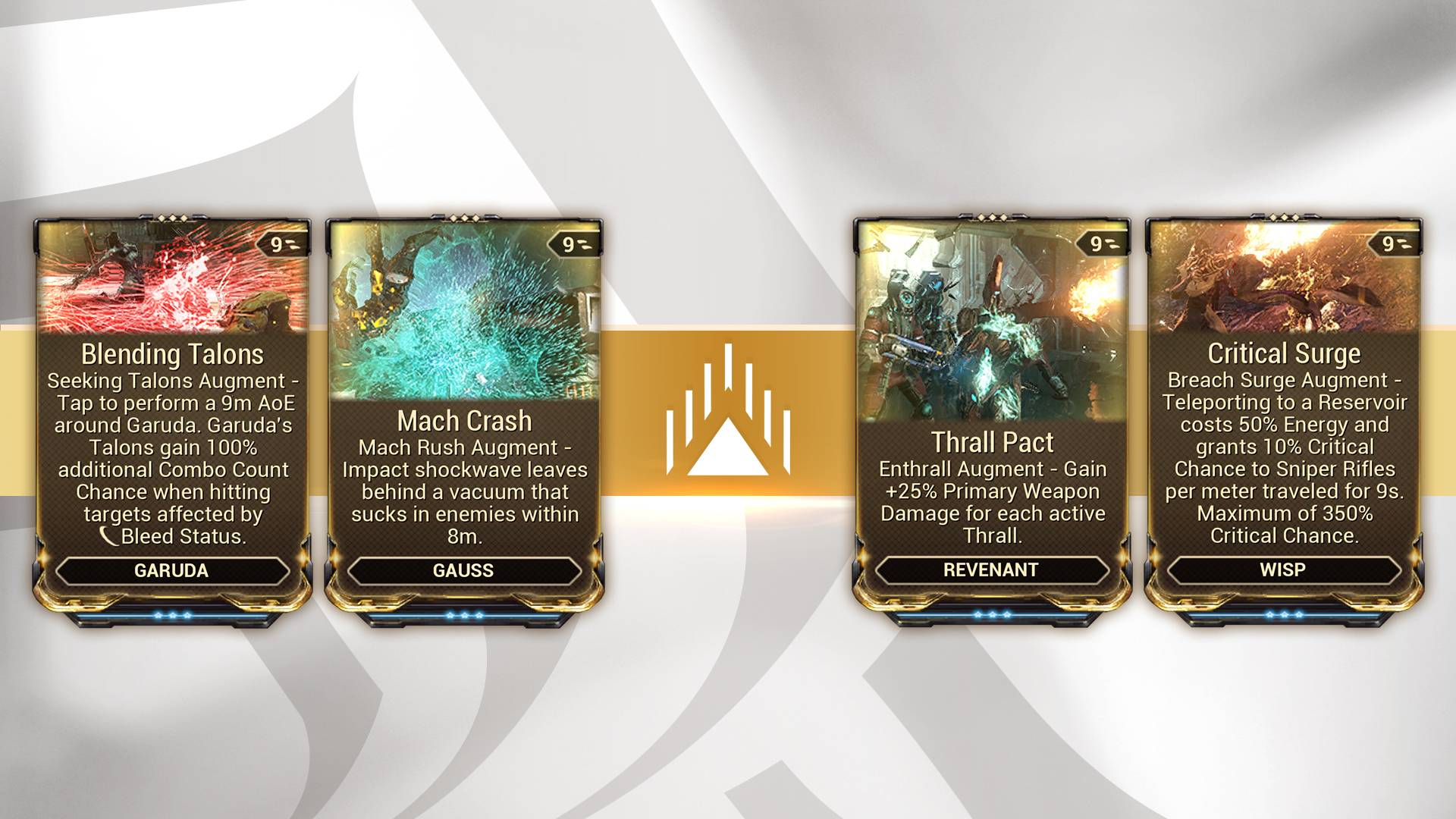 As the Infestation grows in strength, so must your firepower.

Cambion Armaments Collection
New weapons have emerged from the seething horror of the Infestation, each bringing a fresh, living aspect to their power. Featuring the bile-loaded Catabolyst Pistol, Proboscis Cernos Bow, Pulmonars Nunchaku, and the devastating Bubonico Arm Cannon. 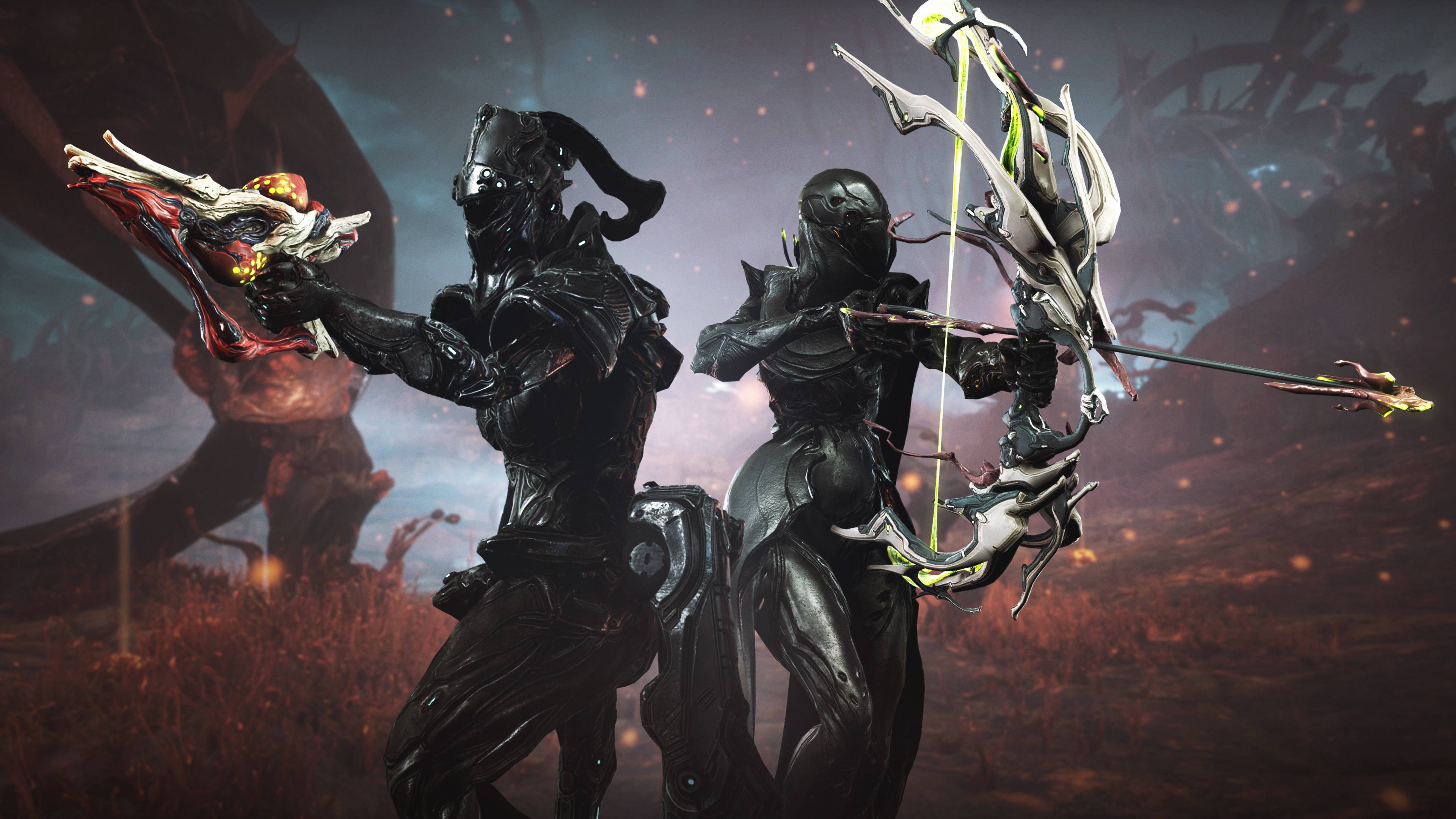 Catabolyst
Splatter enemies with a short-range stream of corrosive bile and then toss the ammo bladder as a grenade when reloading. The emptier the pistol’s ammo bladder, the more potent its damage. A fully empty bladder packs the biggest punch.

Proboscis Cernos
Each arrow spawns a swarm of sticky appendages on impact. These tongue-like probes latch onto nearby unfortunates and drag them close before bursting into a mess of diseased goo. 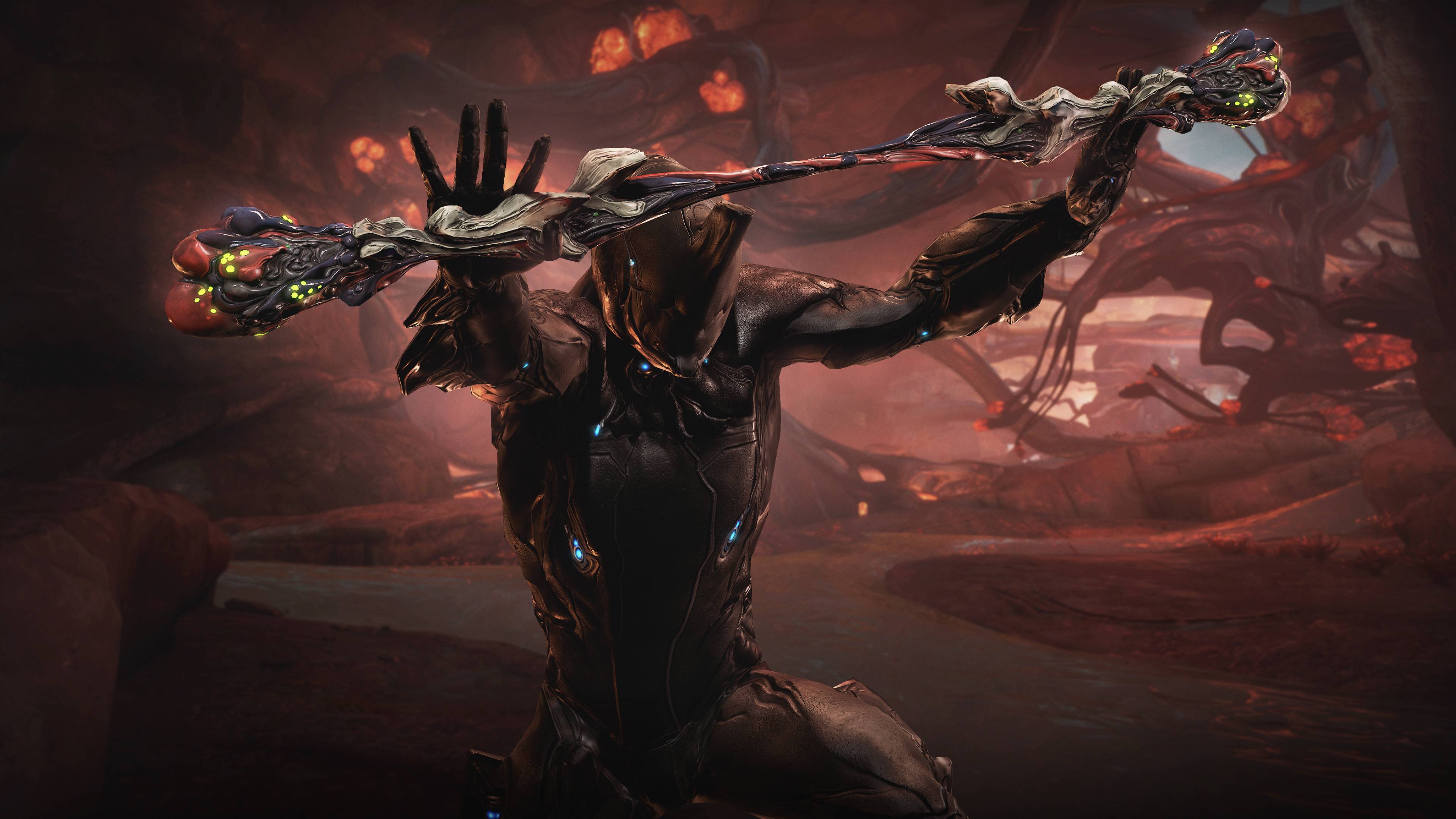 Pulmonars
Pummel and infect with these two pulsating hunks of flesh connected by a ligament. Take-hold of the malignant evolution of an ancient martial weapon. 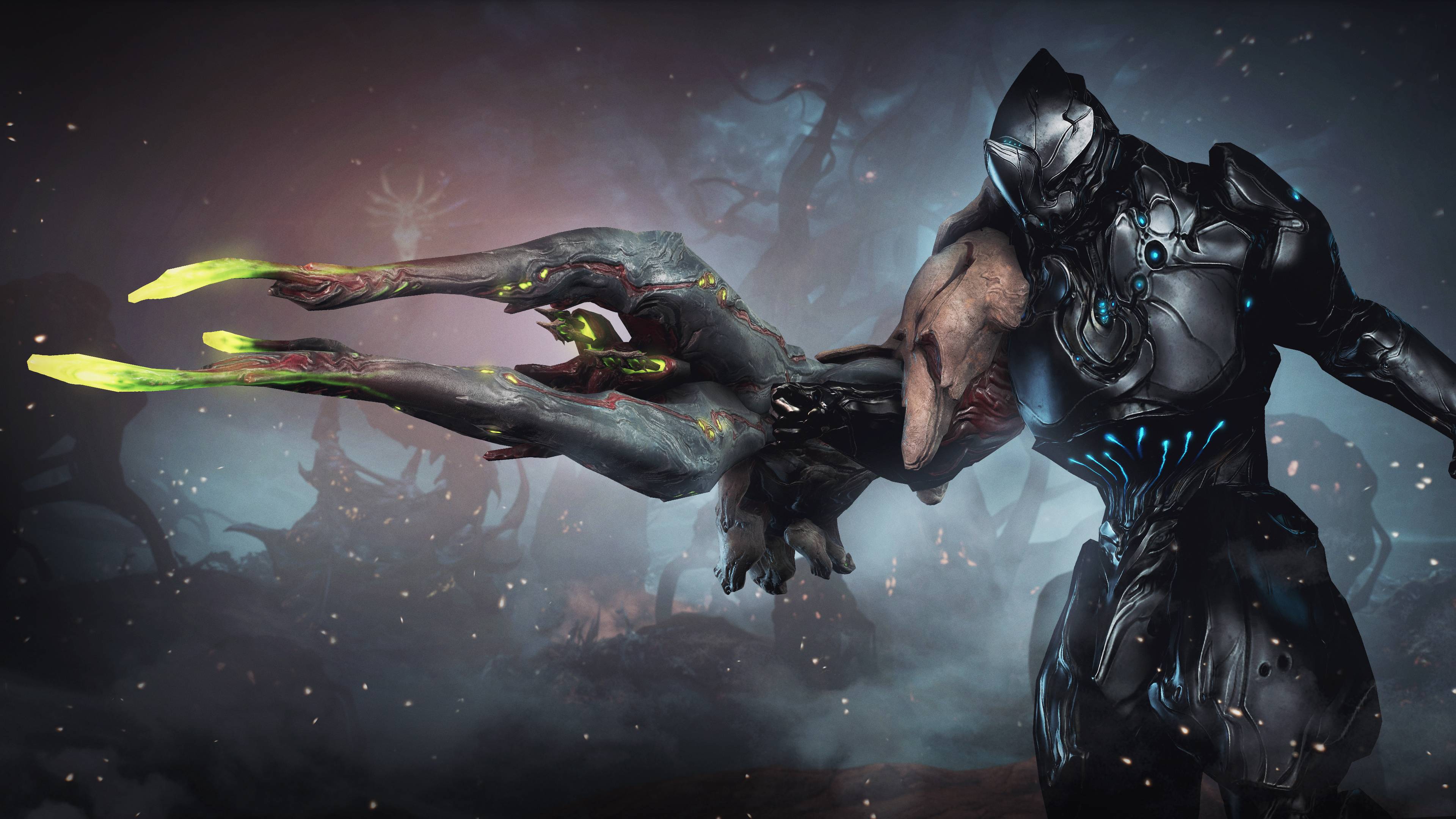 Bubonico
Rain down a triple volley of explosive disease bladders from a distance, then move in for the kill by unloading a multi-shot barrage of toxic barbs with primary fire. 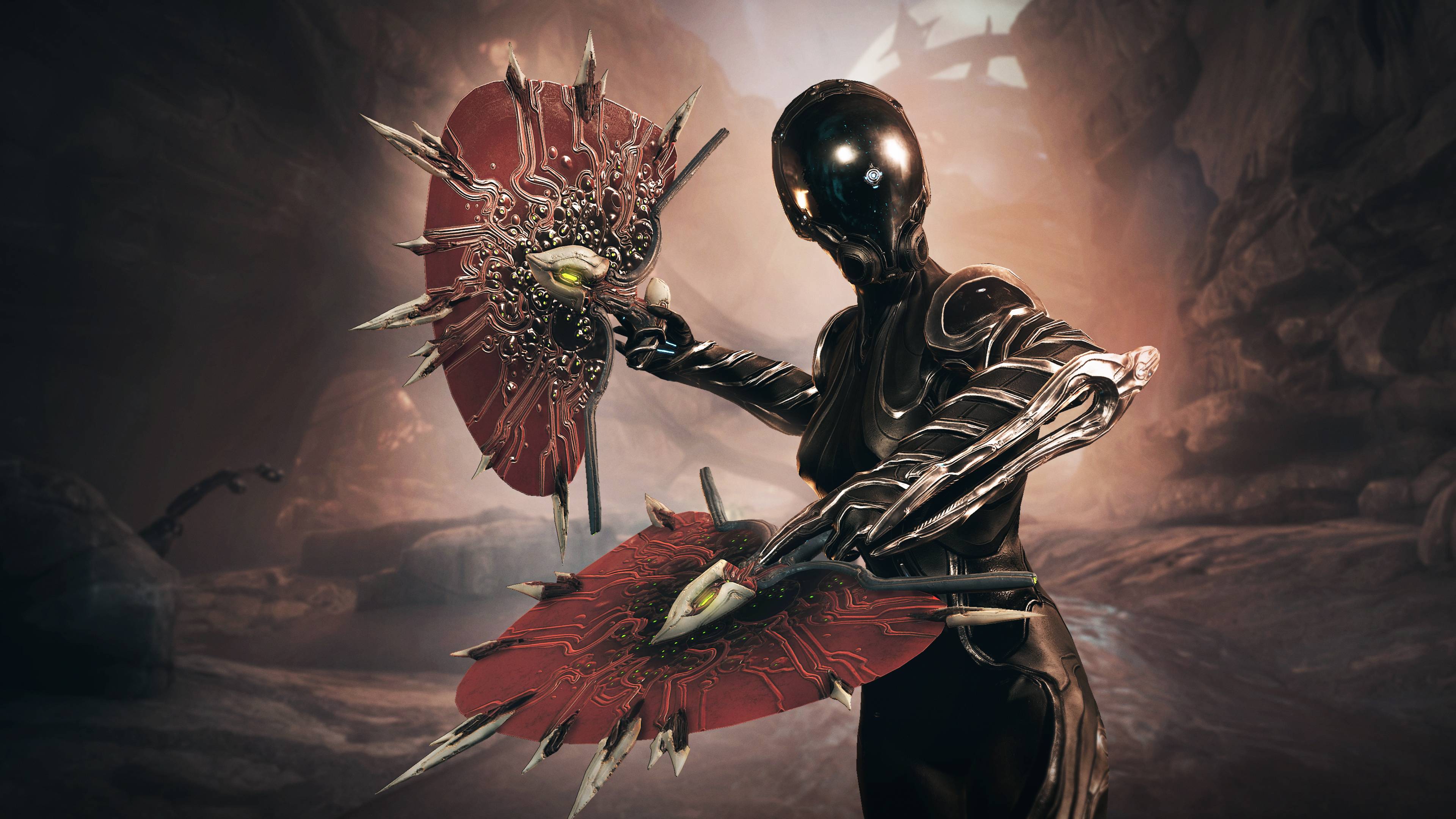 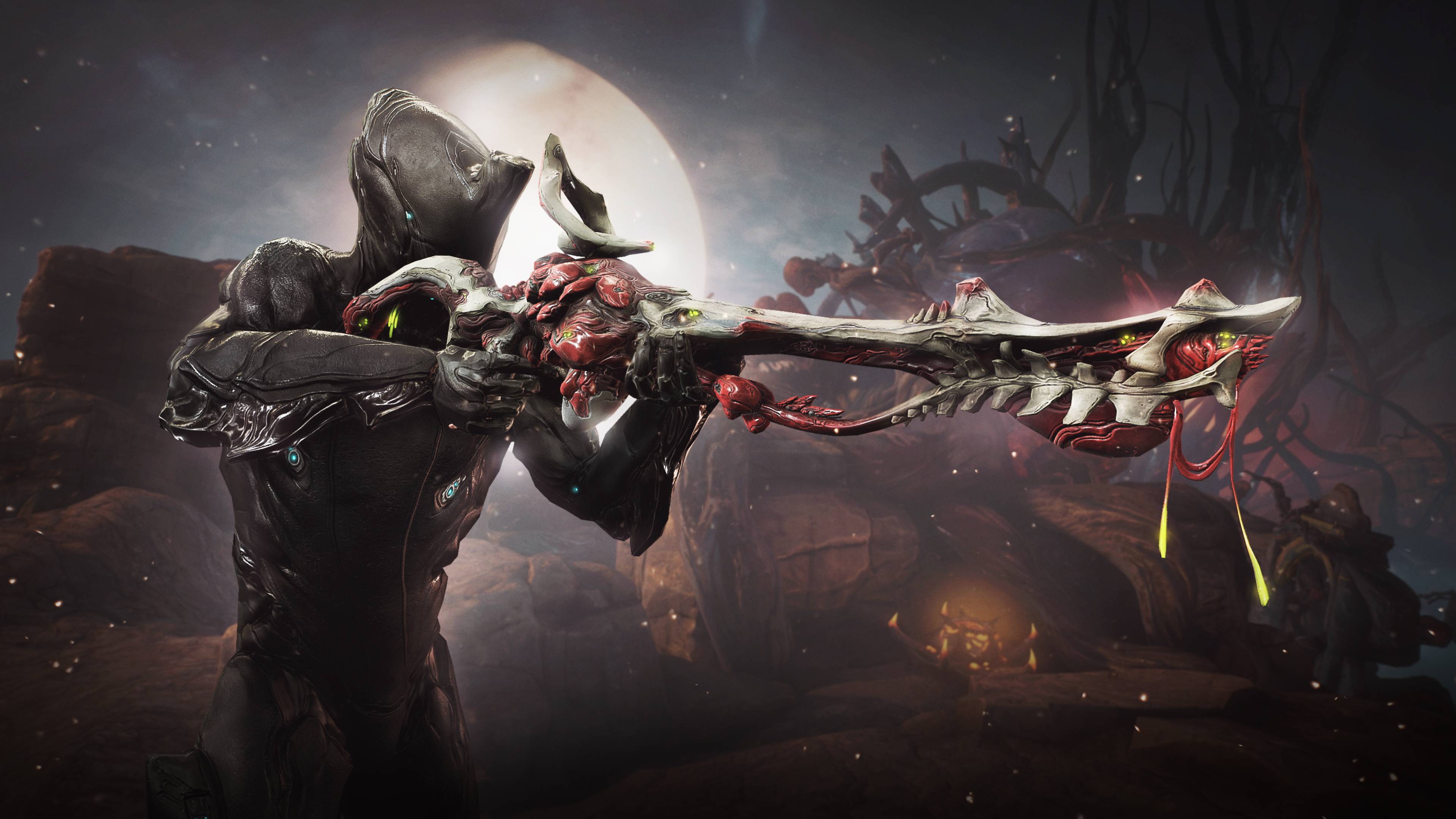 Sporothrix
This long-distance rifle fires a razor-sharp, virus-soaked barb that continues to attack its host before violently erupting in a spore-laden mist. Scoped headshots increase lethality.

Infested Kitguns
Acquire unsightly Infested components from Father and incorporate into your Kitgun!

Infested K-Drive
Grandmother has gotten her hands on a new Infested K-Drive and it can be yours by completing each of her Races in the Cambion Drift! Once you’ve acquired the Ferverspine, Gristlebuck, Nodulite and Steeba parts, visit your friend Roky in Fortuna to build the Infested K-Drive!

Plus, bring Deimos to your Dojo with the Entrati Dojo Decoration Set, gnarly Infested Decorations and a breathing, pulsing Infested Chamber!

- Necramechs (Bonewidow and Voidrig) now have a built-in vacuum!
- Earn up to 3x more Deimos Conservation tags depending on the quality of your Capture. Test your skills and get a perfect capture!
- Glaive Rework: More consistent Heavy Attack damage, Glaive throws while sliding, and multiple throws in a single jump make Glaives more maneuverable and versatile than ever!
- Vome and Fass time indicators now appear when viewing the map inside the Necralisk hub!
- Added a “Requirements Met” category to the Necralisk vendors. Selecting this category will sort wares based on whether you have the necessities to purchase them.
- Reduced the self-stagger range of the Shraksun Scaffold, Granmu Prism, Exard Scaffold, Dissic Scaffold and Propa Scaffold for Operator Amps. 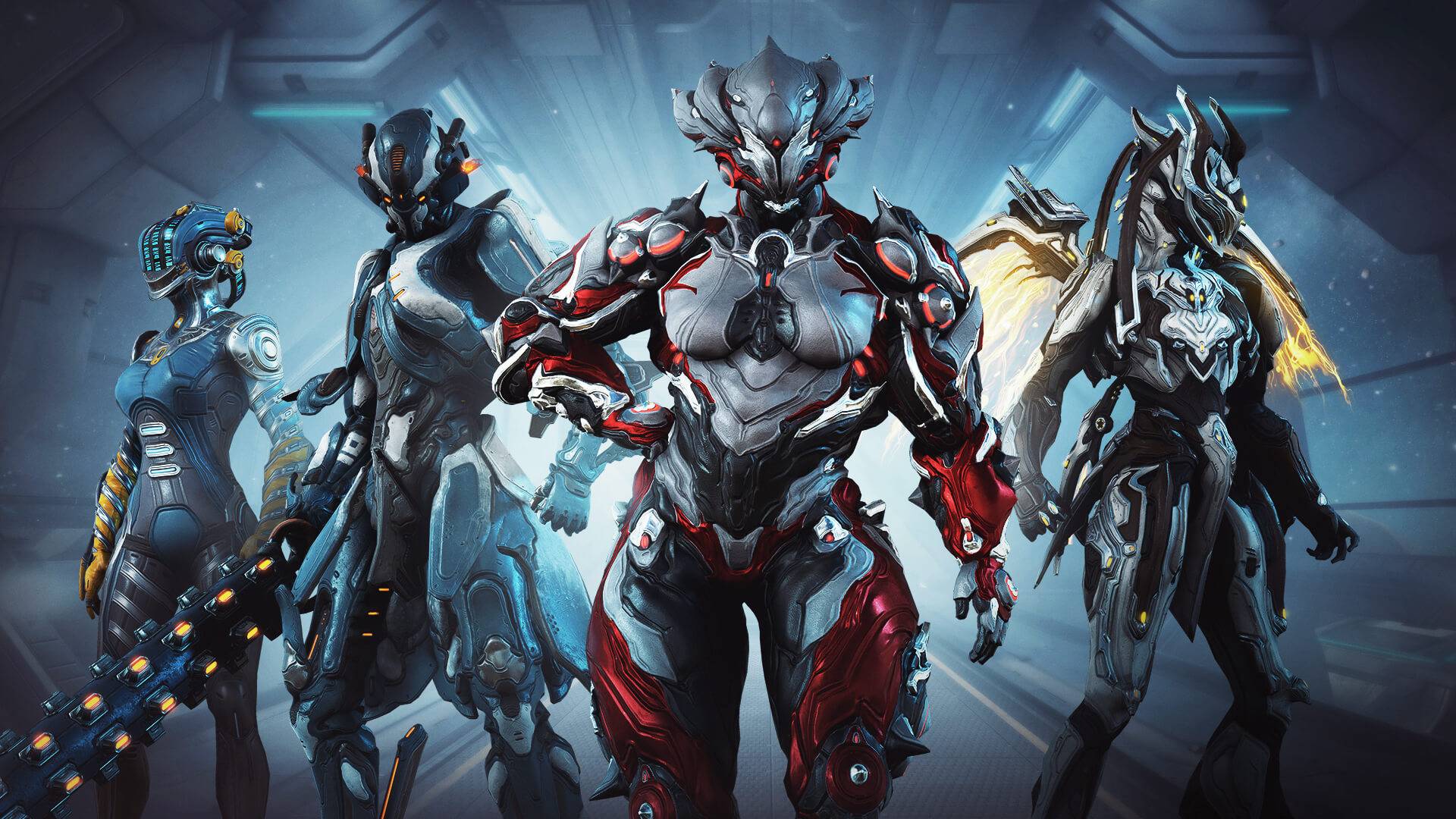 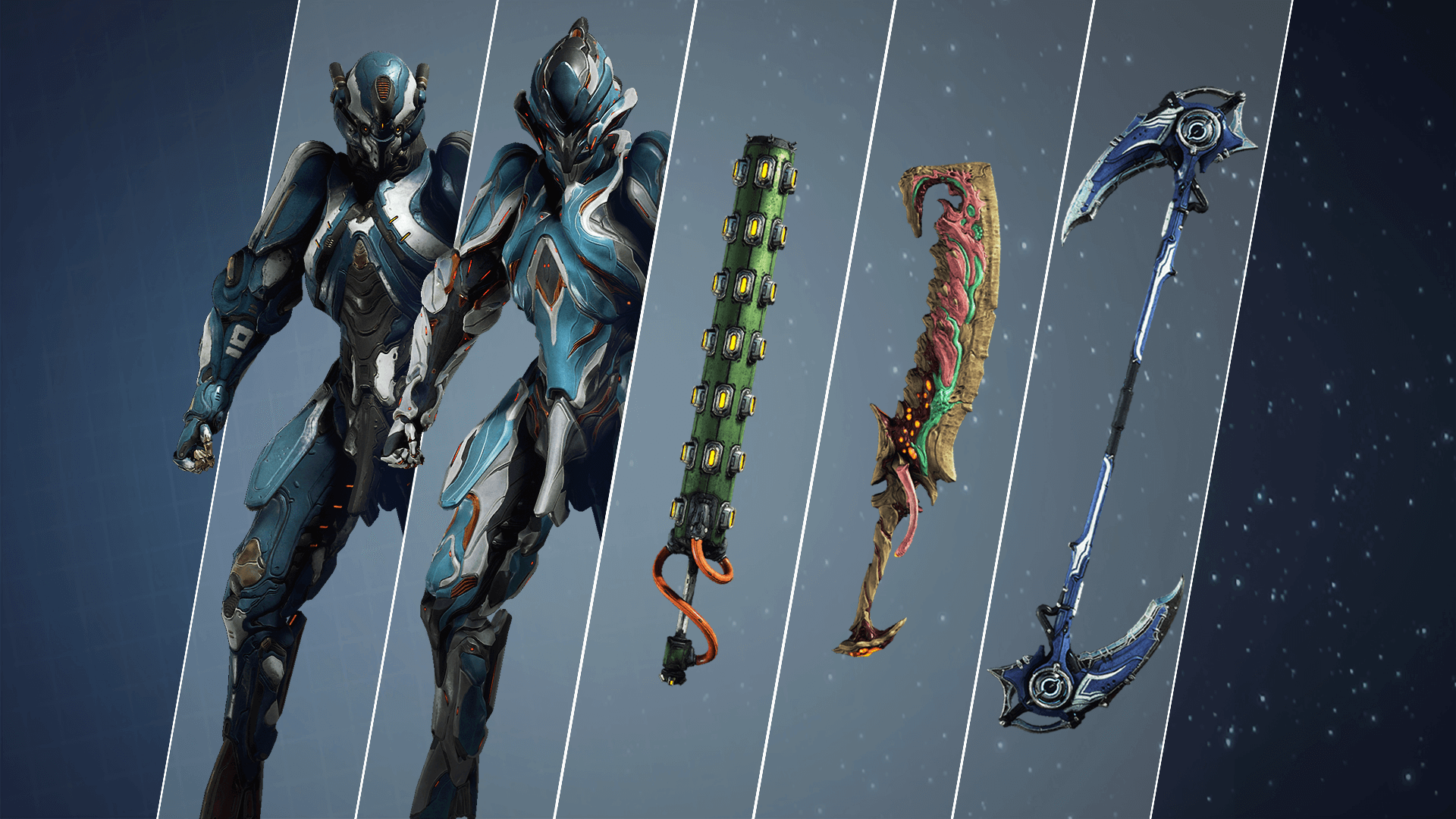 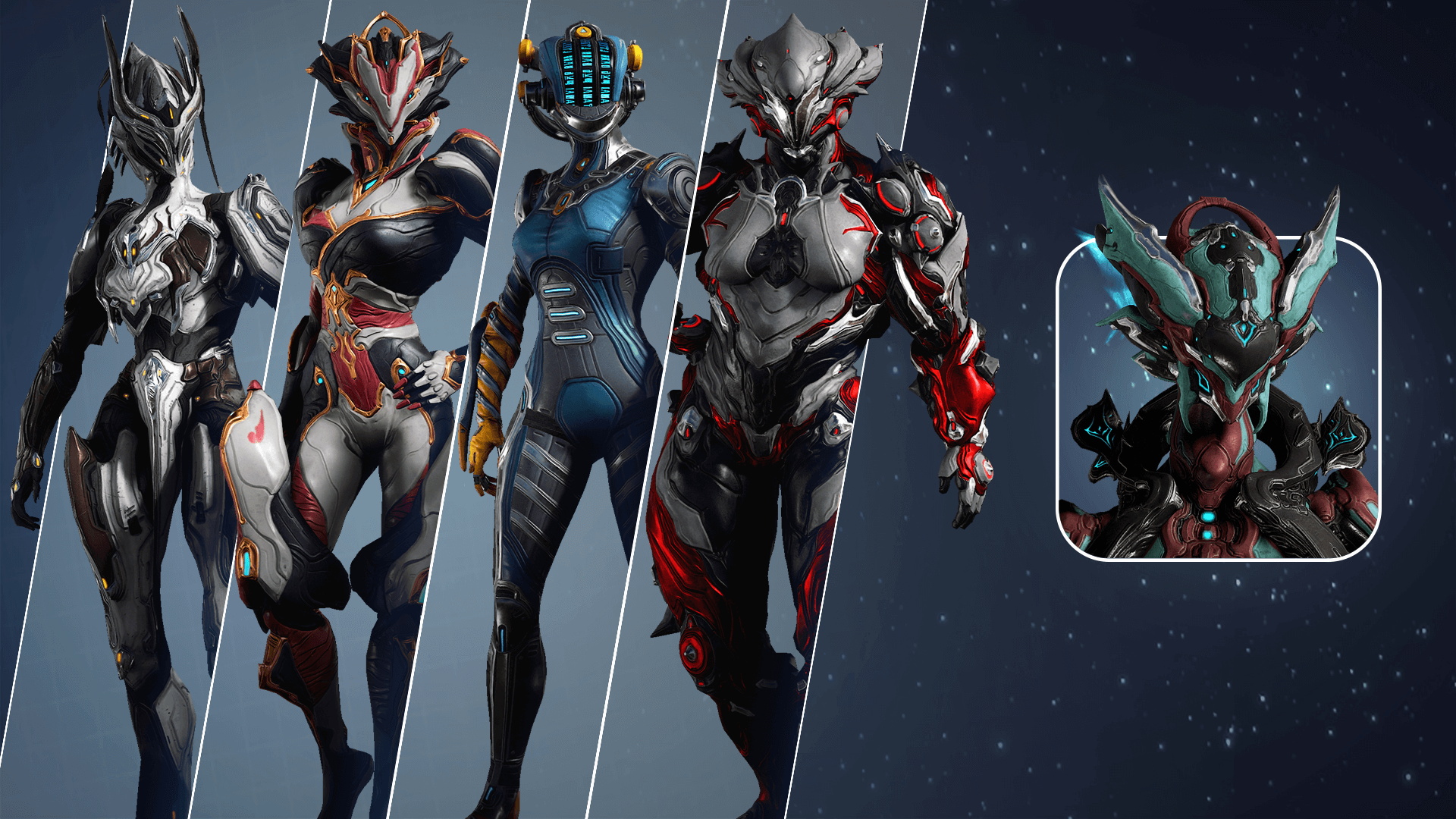 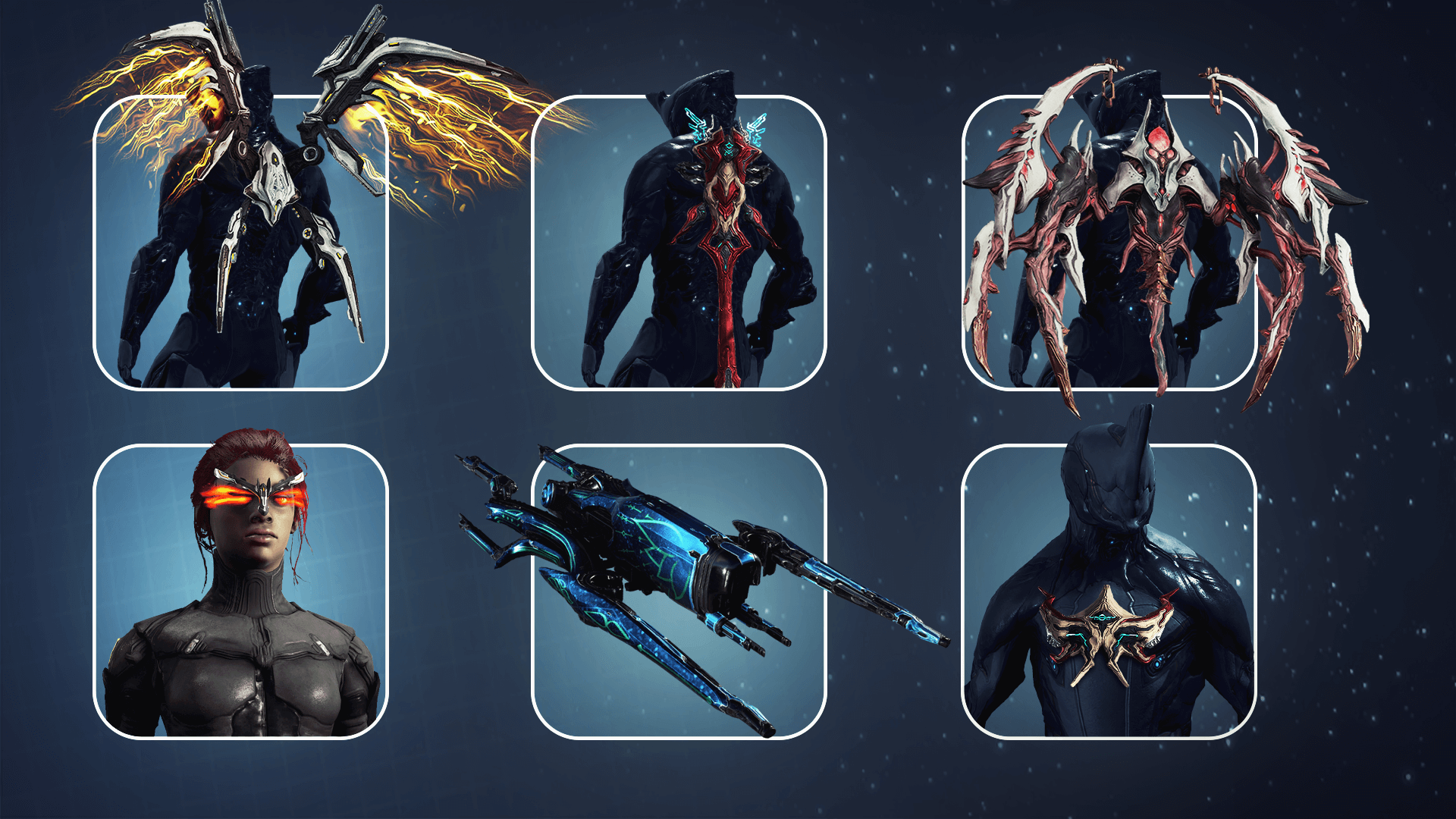 Stay tuned in the New Year for details about Round 19: Part 2!

New Bundles featuring highly-requested items from the entire TennoGen timeline will be available for our Switch Tenno.

Deimos: Arcana is a remastered update on Switch! The download size will appear larger (20.4 GB) than the update’s actual total size, due to the remastering process. Once it is complete, however, Warframe’s total size on the Nintendo Switch will be approximately 21 GB. Make sure you have at least 21 GB free on your Switch in order for the download and its remaster portion to begin!

The Xbox One update for Deimos: Arcana will include remastered textures! Since most textures are affected, they need to be rebuilt and reinstalled. In lieu of a full-size remaster like what we did with Heart of Deimos: Interim Update 29.2.1 (where you would be required to redownload the entire 31.2 GB game), we are including the full texture remaster - as is - at 13.4 GB, allowing you to get into Deimos: Arcana that much faster!

All previously unlocked Trophies on PS4 will auto-unlock on your PS5 once Deimos: Arcana has been downloaded.

In addition to the aforementioned console additions, we’ve also tweaked deadzone values for controller analog sticks, added additional Nightwave Prestige Ranks and so much more. Head on over to the Forums for PlayStation, Xbox One and Nintendo Switch to read up on the rest of the exciting changes!

Strike back against the Infested and show the Grey Strain that the fight for the Infested Moon is far from over. With tenacious new firepower and gear, the future of Deimos is in your hands.